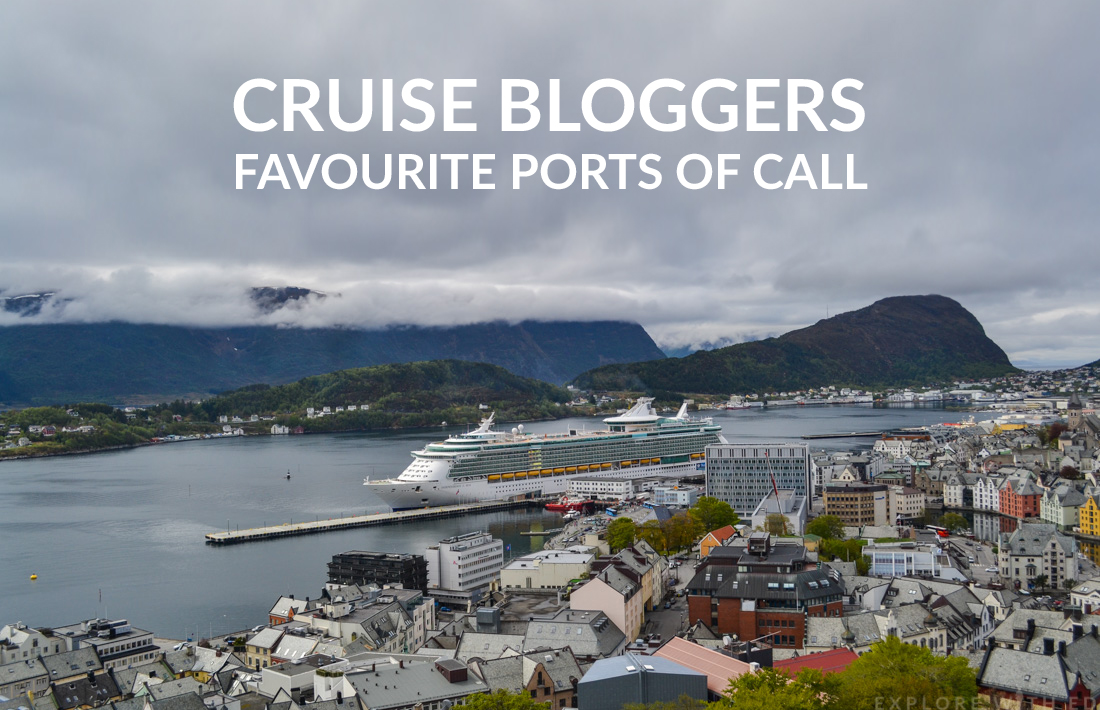 From the historical, sun drenched ports of the Mediterranean to the breathtaking snow-capped scenery of the Fjords – when it comes to cruising, choosing an itinerary can be challenging to say the least!
I’ve asked a few avid-cruisers to share their favourite ports of call to explore, as well as their most desired future destinations. Here’s what they had to say… (Pin on Pinterest)

JANICE AND JULIET FROM CRUISE SISTERS:

We have been on more than 15 cruises so far and one of the most interesting ports of call was Lanzarote. Lanzarote belongs to the Canary Islands and has a beautiful volcanic landscape, the mountains are coloured in shades of red ocher and black. The most interesting fact is that this island has the largest wine-growing region of the Canaries and they cultivate their vines in the volcanic ash! Click here for some tips to visit Lanzarote on your own and discover different parts of the island. 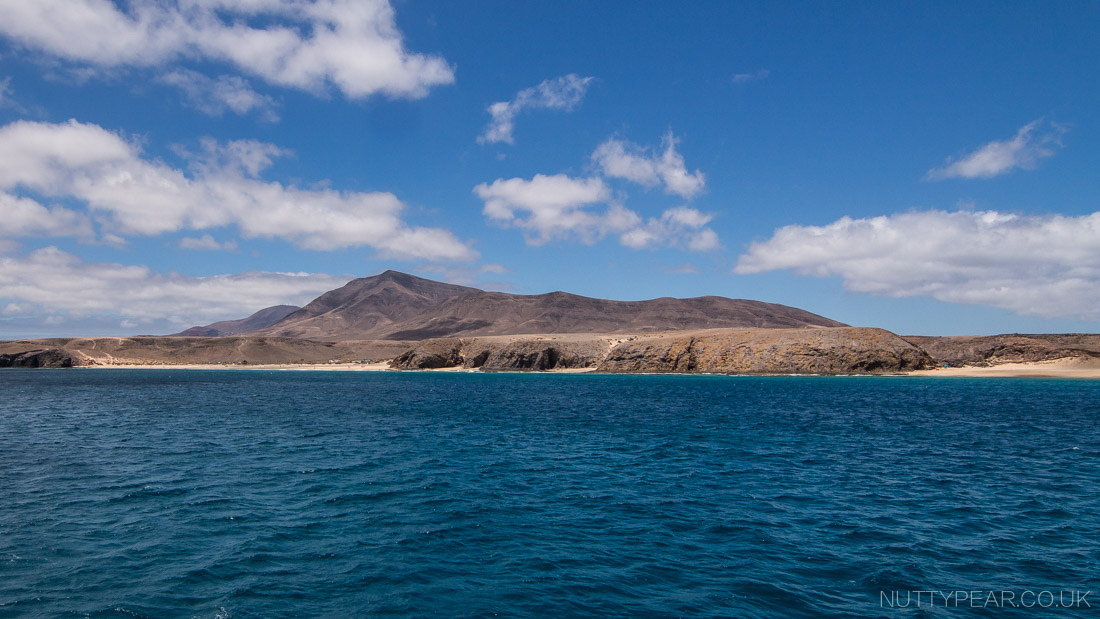 We have so many places yet to explore on a cruise, like the Norwegian Fjords or the Caribbean Islands. But one of our most desired cruise destinations is definitely Alaska. We would love to discover the majestic beauty of the glaciers and the wildlife. 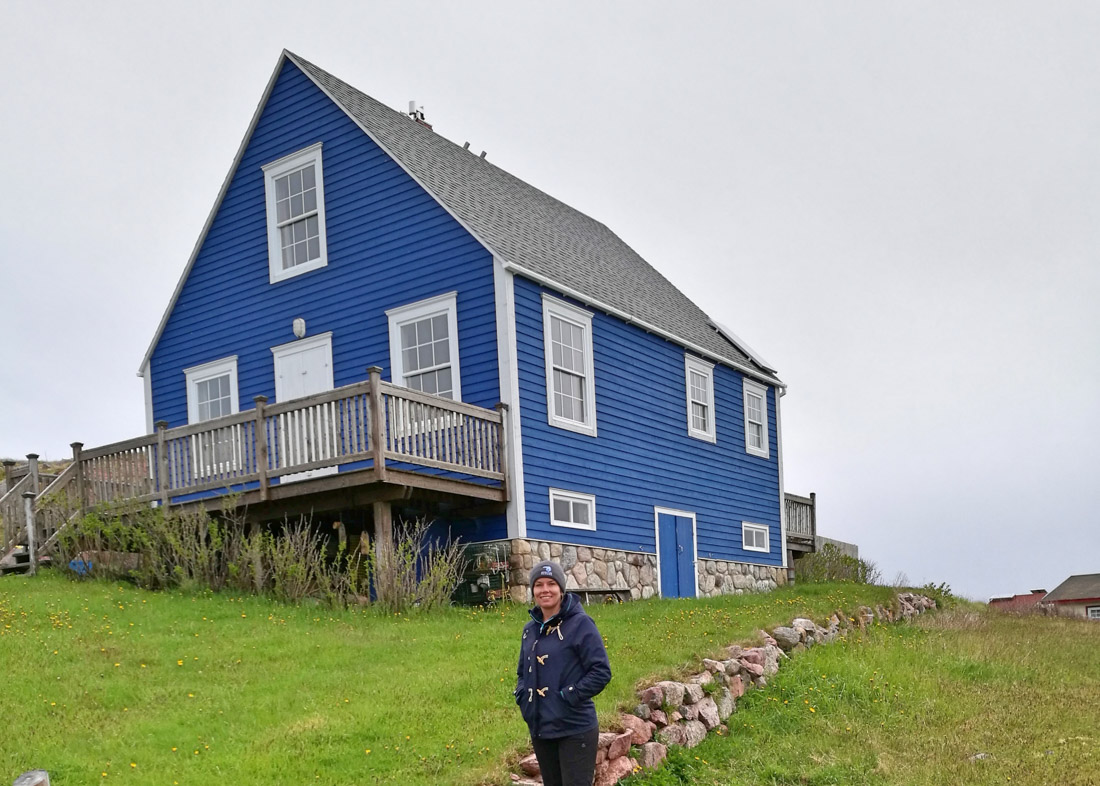 I recently joined Adventure Canada’s Ocean Endeavour on an expedition cruise up the St Lawrence River, from Quebec to Newfoundland. My very favourite port of call was St Pierre et Michelon, a tiny French archipelago just off the southern coast of Newfoundland.

We scrambled into the ship’s inflatable zodiac craft and headed off to explore the tiny, uninhabited Ile aux Marins (Sailor Island), once home to an ancient community of fishermen, but now just a windswept collection of colourful, empty houses and the odd shipwreck.

I felt so privileged to tread in their footsteps, and while I love the sunshine, cocktails and dressing for dinner element of cruising (my favourite luxury cruise was on Europa 2), it was great to be out of my comfort zone for once!
After writing an article about it, I’ve become a bit obsessed with exploring the Ganges on a river cruise, travelling from New Delhi and stopping at places like Agra and the Taj Mahal. Heaven. 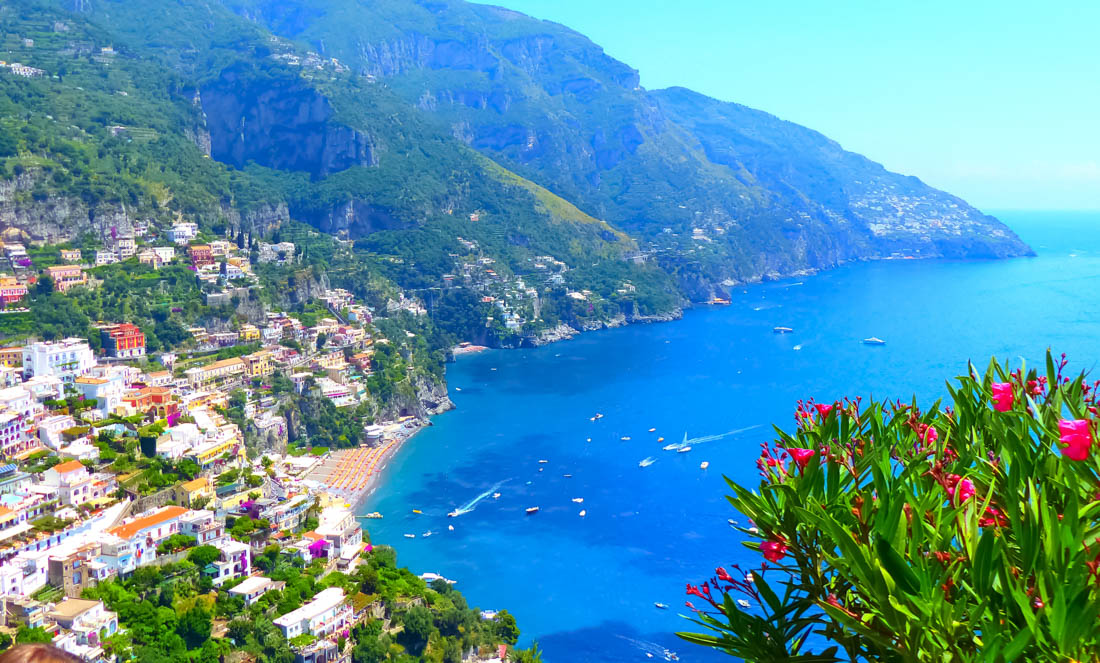 I enjoy visiting historical sights, and a recent visit to Naples, Pompeii and the Amalfi Coast has quickly become one of my favourite places. Walking through the ancient city of Pompeii, where ornate tiles, sculptures and even the grooves from Roman carts can still be seen, will be an experience I won’t forget. Click here to read more.

Future cruise wish-list? Alaska! The scenery looks absolutely incredible and what better way to visit than on a cruise ship! I’ve been to the Norwegian Fjords a couple of times and I always find it breath-taking, so sailing past giant glaciers and seeing spectacular wildlife, such as whales, may actually take my breath away completely! 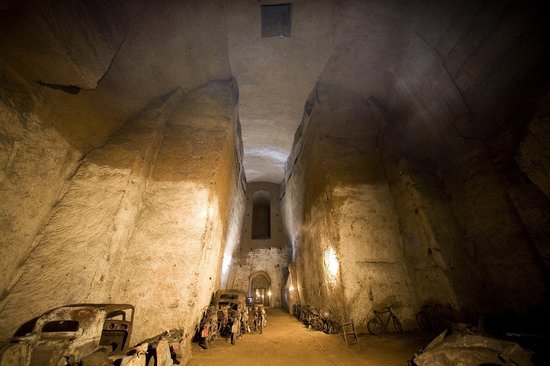 This photo of Galleria Borbonica is courtesy of TripAdvisor

As mentioned above, Naples and the surrounding area is rich in both history, culture and things to do. However, whilst I was there last I stumbled upon a gem hidden away in Naples itself, the Tunnel Borbonico.

The Borbonico Tunnel was originally an underground passage, constructed by the military for King Ferdinand II of Bourbon to enable movements (and escape by the Monarchy if need be!) between the Royal Palace of Naples and Military Barracks near the coastline during the 19th Century. Parts of the tunnel dates back even further to the 17th Century, utilising some of the ancient aqueducts of the city. In the 20th century it became an air-raid shelter during the Second World War [and has since] had many other uses including a car impound lot and most recently a gallery.

It is genuinely one of the most surreal and surprising experiences I’ve had in a very long time and I thoroughly recommend it if you ever visit Naples. Click here for a more in-depth look. 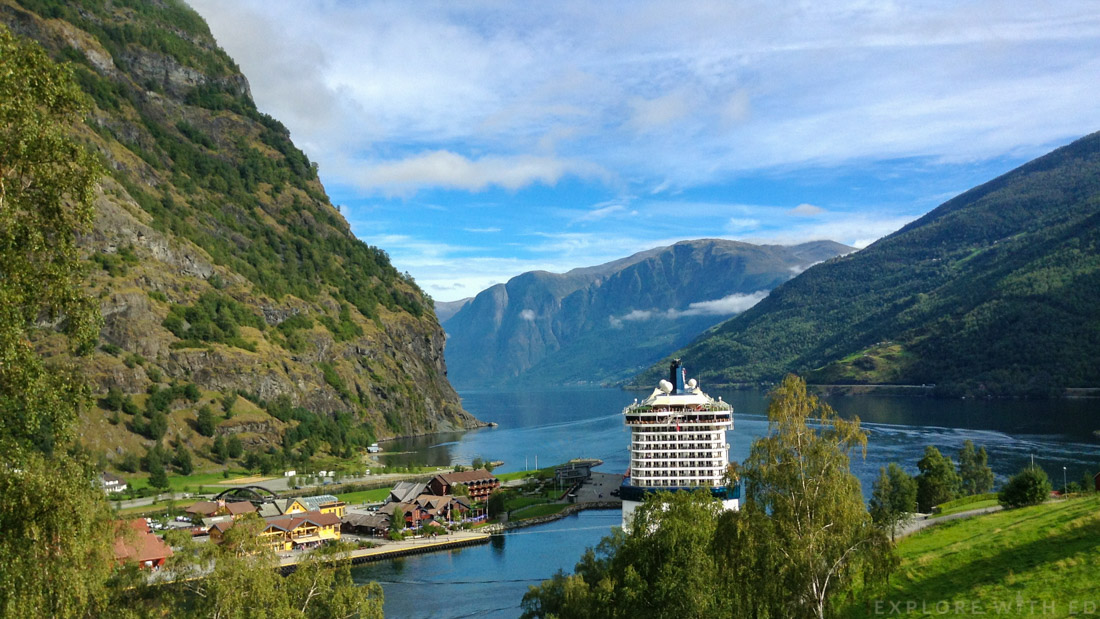 I’ve yet to visit either the Norwegian Fjords or Alaska, so I definitely want to experience them and their beauty in the next few years. I’ve always loved exploring places and countries via the sea and I think seeing parts of Asia on a cruise would also be amazing. There’s a very long bucket list of places I want to still see!

DAVID FROM PORTS OF CALL UK:

I have many favourite ports of call but one that stands out so far is Antigua in the Caribbean. After a visit to a pineapple farm (really!) on a sightseeing shore excursion I was taken to a picture-perfect beach. Warm turquoise water lapped away at powder-like golden sand. The schedule meant the visit to the beach was brief but it is somewhere I would happily return to again. 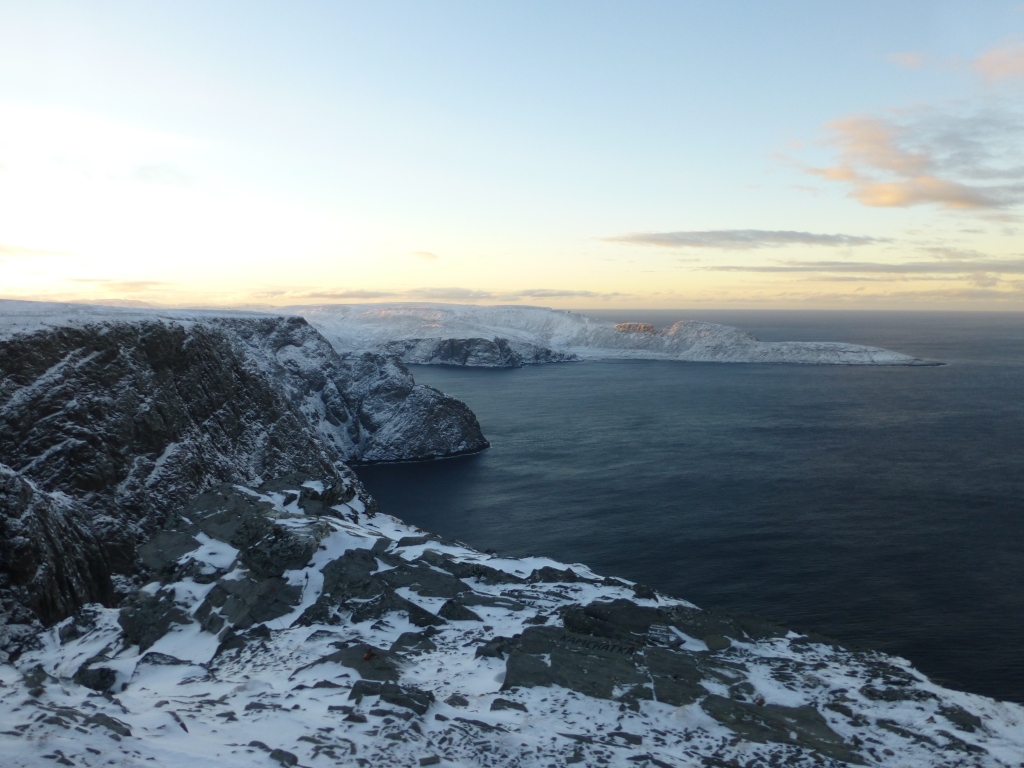 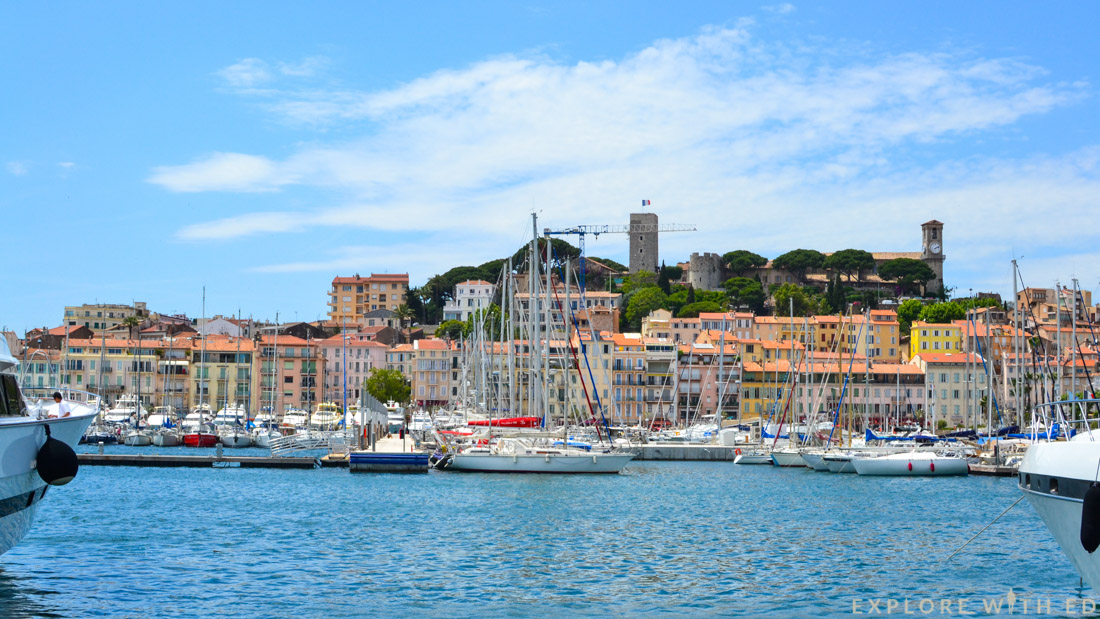 My favourite excursion to date was from Cannes to Grasse and Saint Paul de Vence. Besides the Riviera’s glamour and extravagance is a rich history of art and fashion. This immersive tour explored cobbled streets of a medieval town and Fragonard perfume factory. Click here to read more.

It’s interesting to see the Fjords and Alaska on many people’s wish lists, including some of the bloggers above. I personally would love to explore the Baltics on a cruise someday, as well as the Greek Islands with a sail away from Venice.
It’d be great to hear your top cruise destination/wish list in the comment section below or via social media. Don’t forget to explore the cruise section of my blog for ship tours and videos.
Images and text provided by the featured bloggers (including me), unless credited.