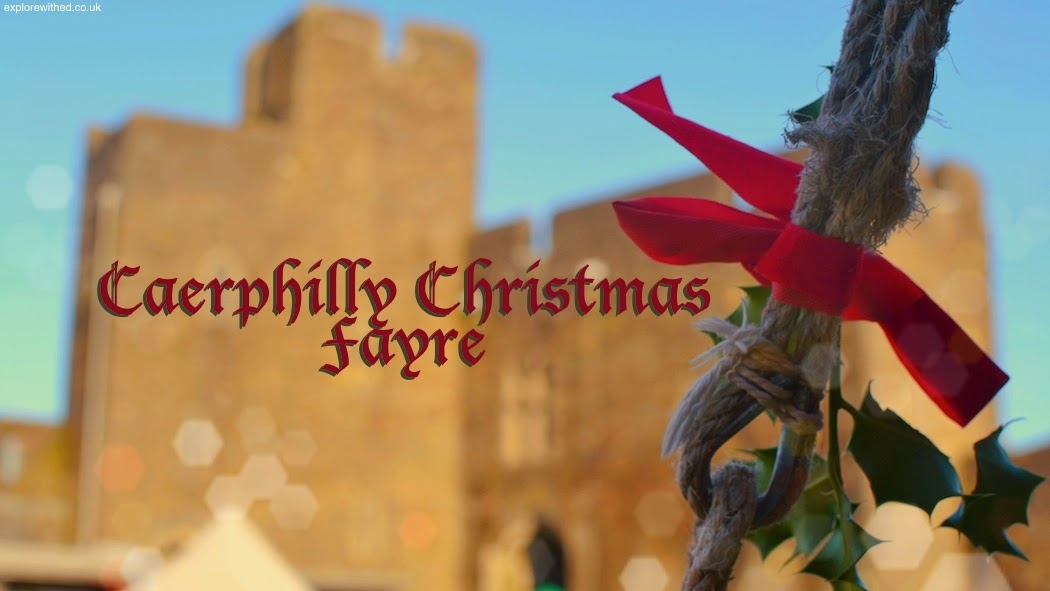 On a bright mid-December weekend I headed up to Caerphilly for their Victorian Christmas Fayre.
I was particularly excited about this one after a brilliant time at Ludlow’s Medieval Fayre two weeks before. 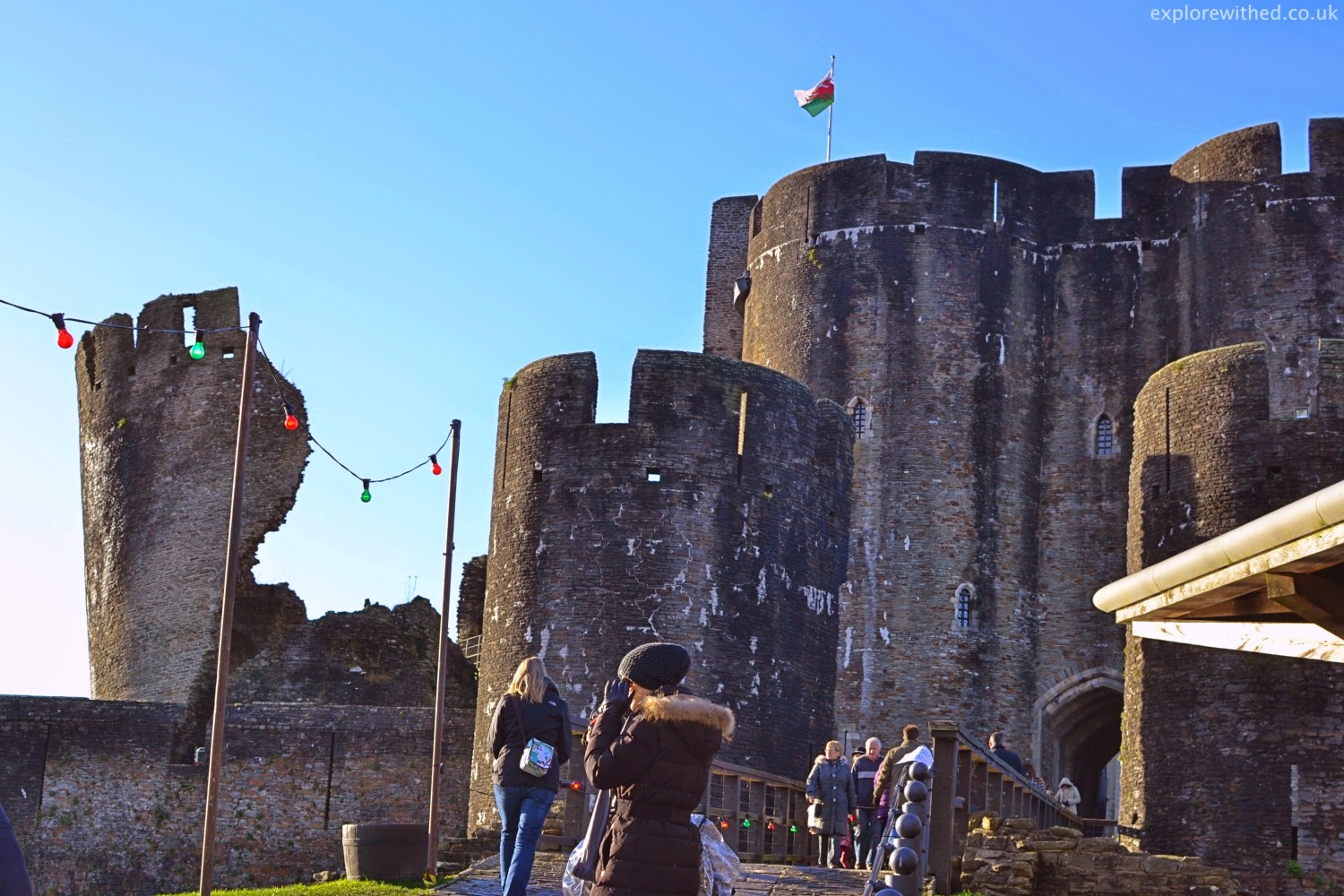 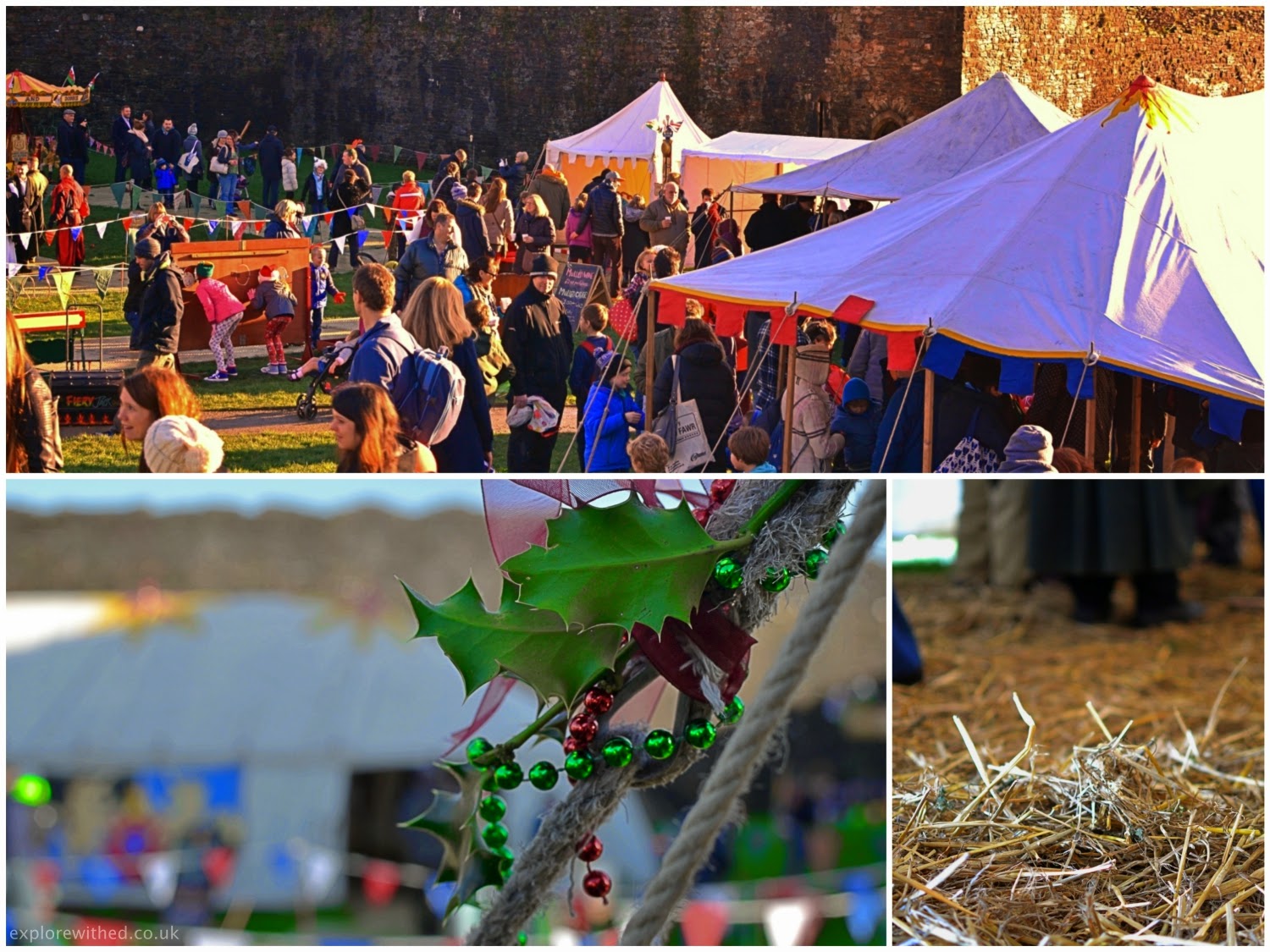 Like Ludlow’s, it was set within the grounds of a grand castle, with many stalls offering authentic crafts and experiences. 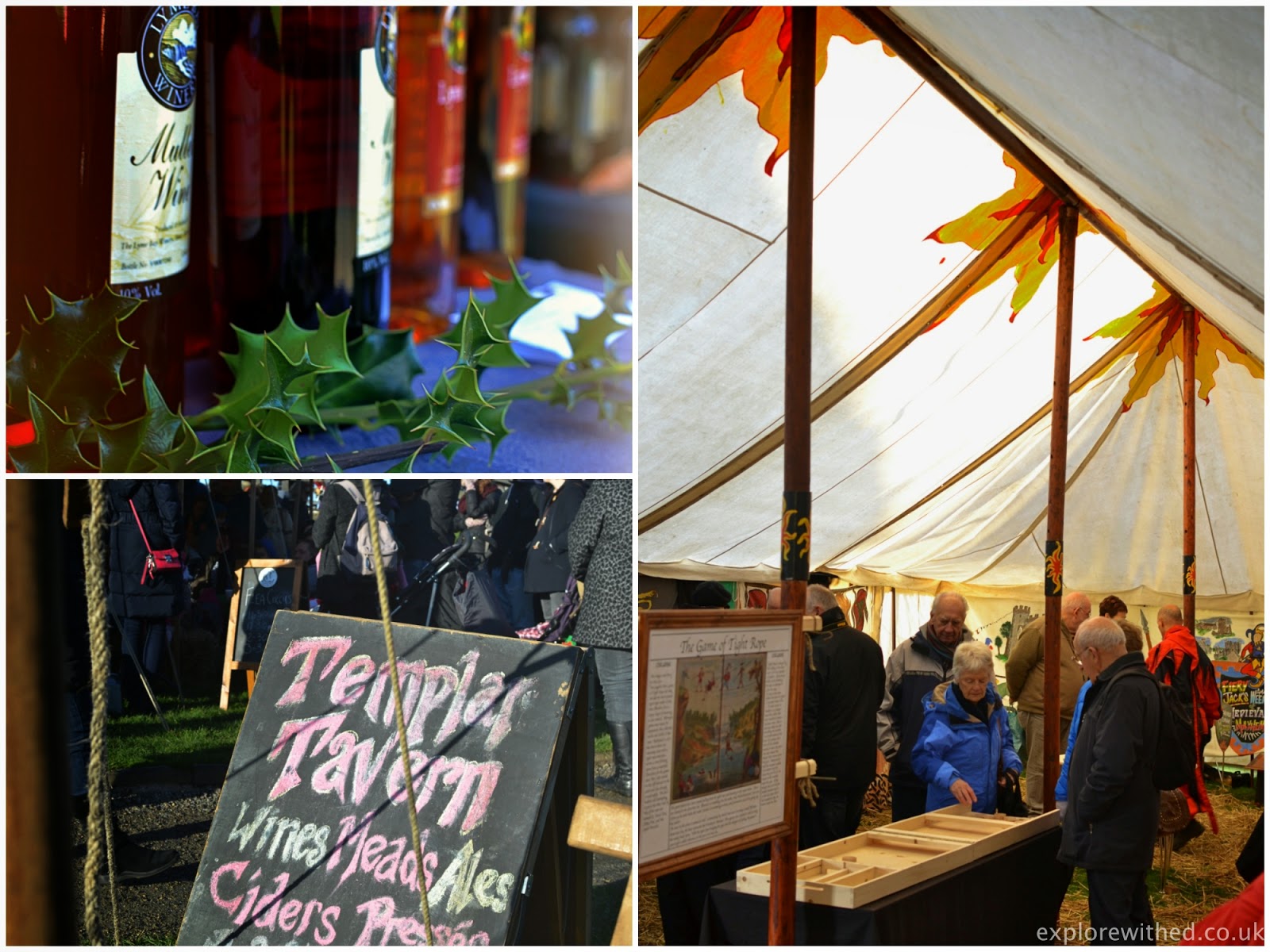 On entry, I found families being entertained by a puppet show, while others had fun playing Victorian-inspired board games and amusements nearby. 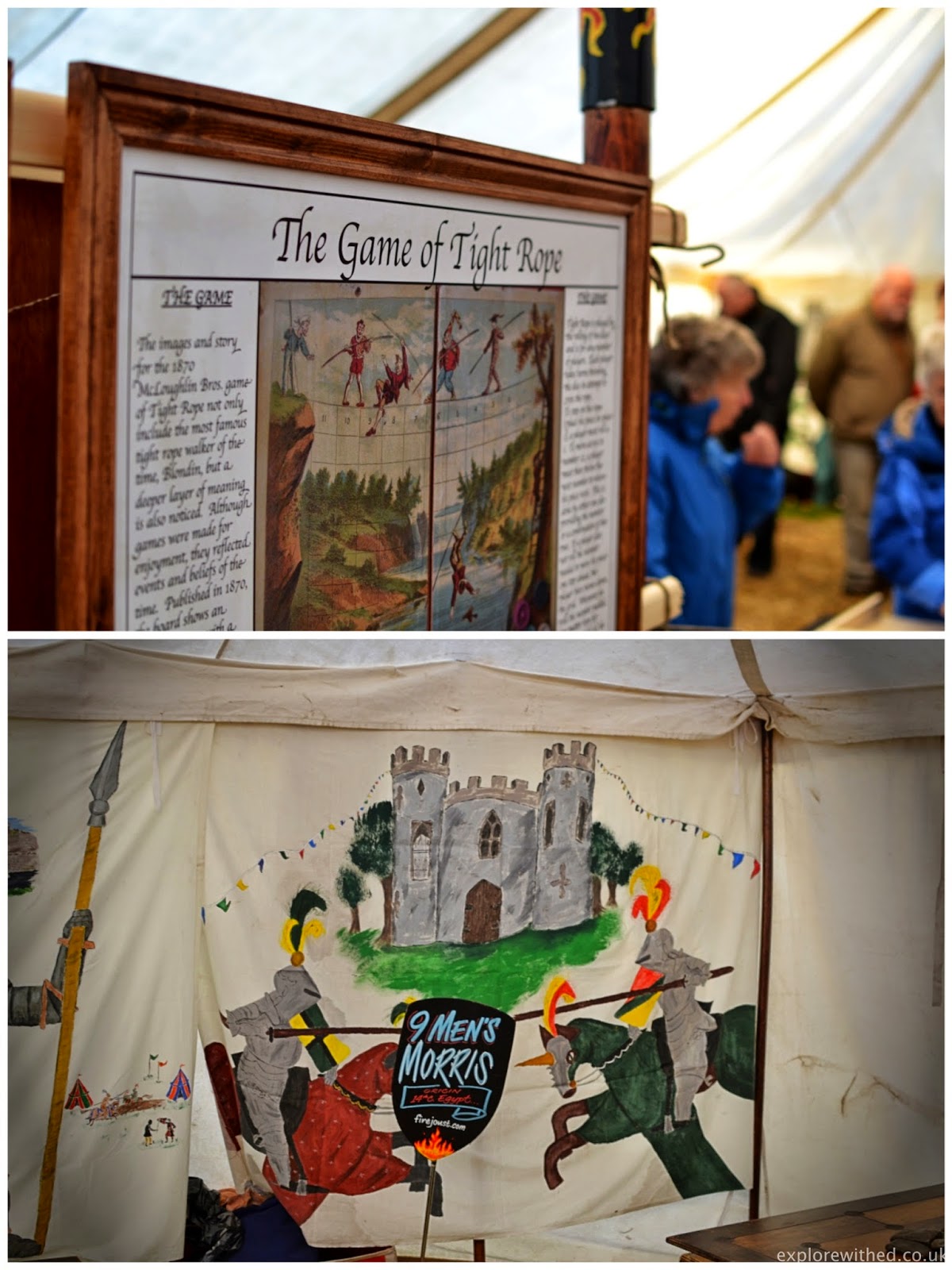 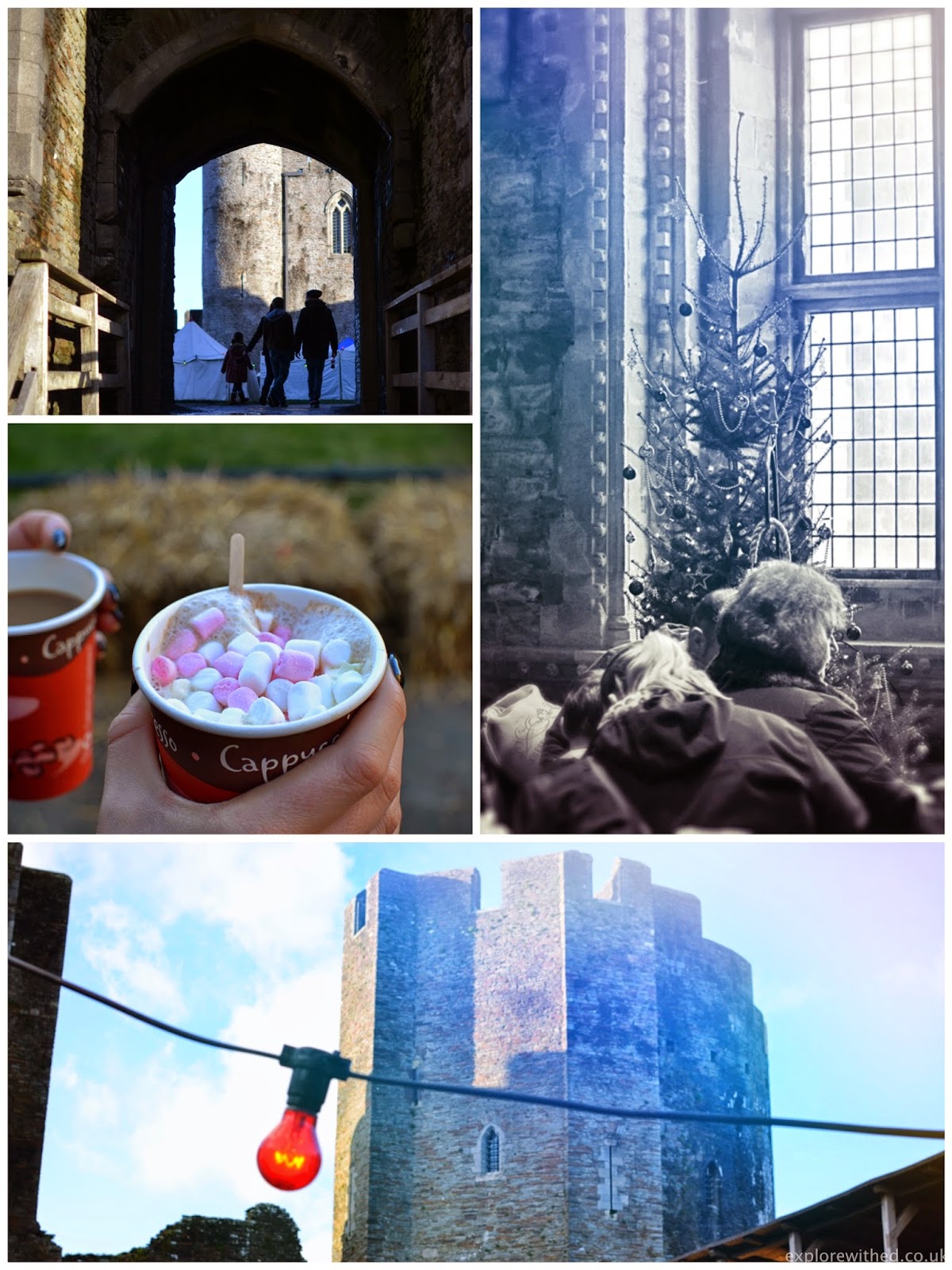 Just outside the Castle’s Main Hall was a traditional harmonipan (below left) that was playing festive jingles as a machine spouted out artificial snow from above – very cheery! 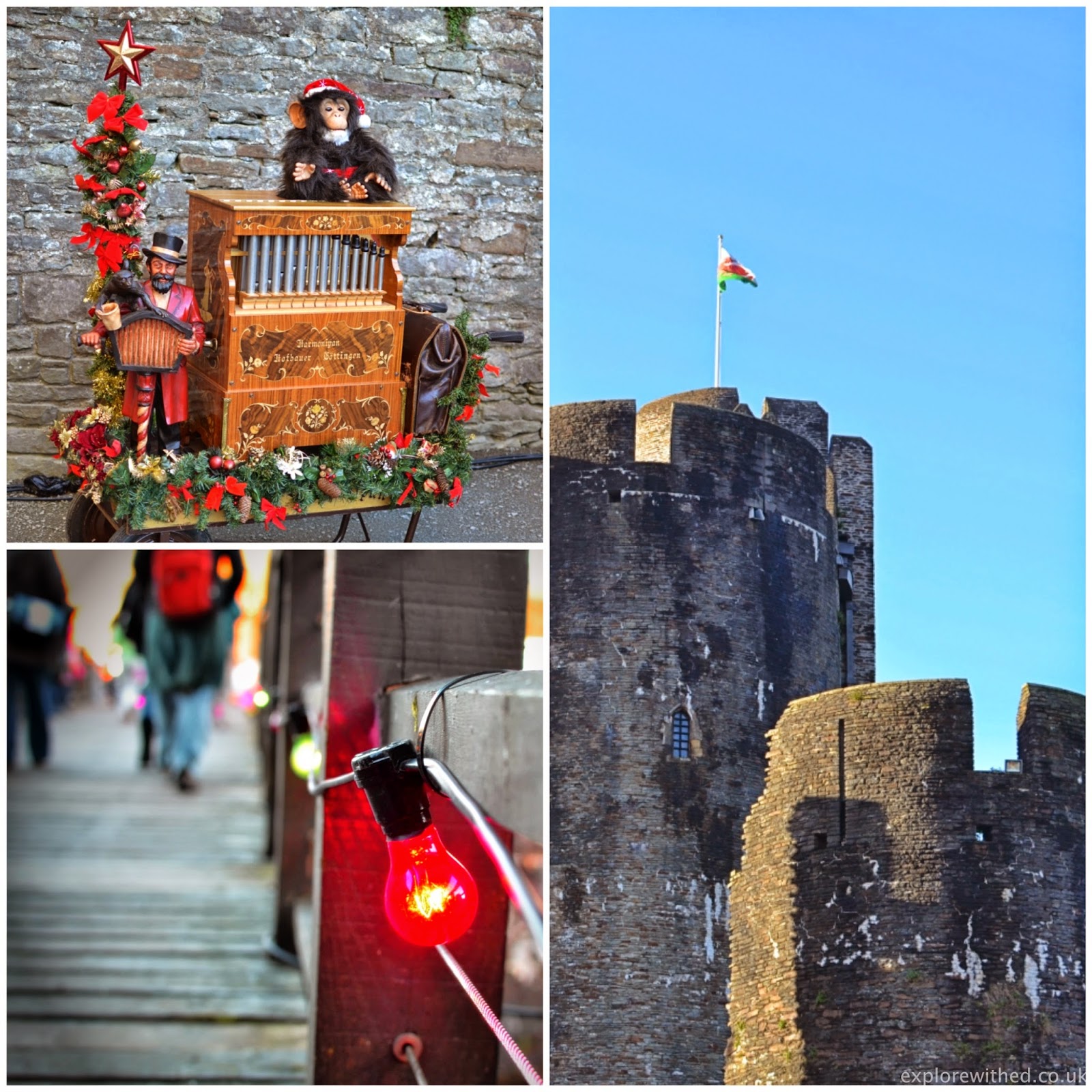 The hall was the hub of the day’s activities where I found most of the craft stalls – and even Santa and his sleigh! 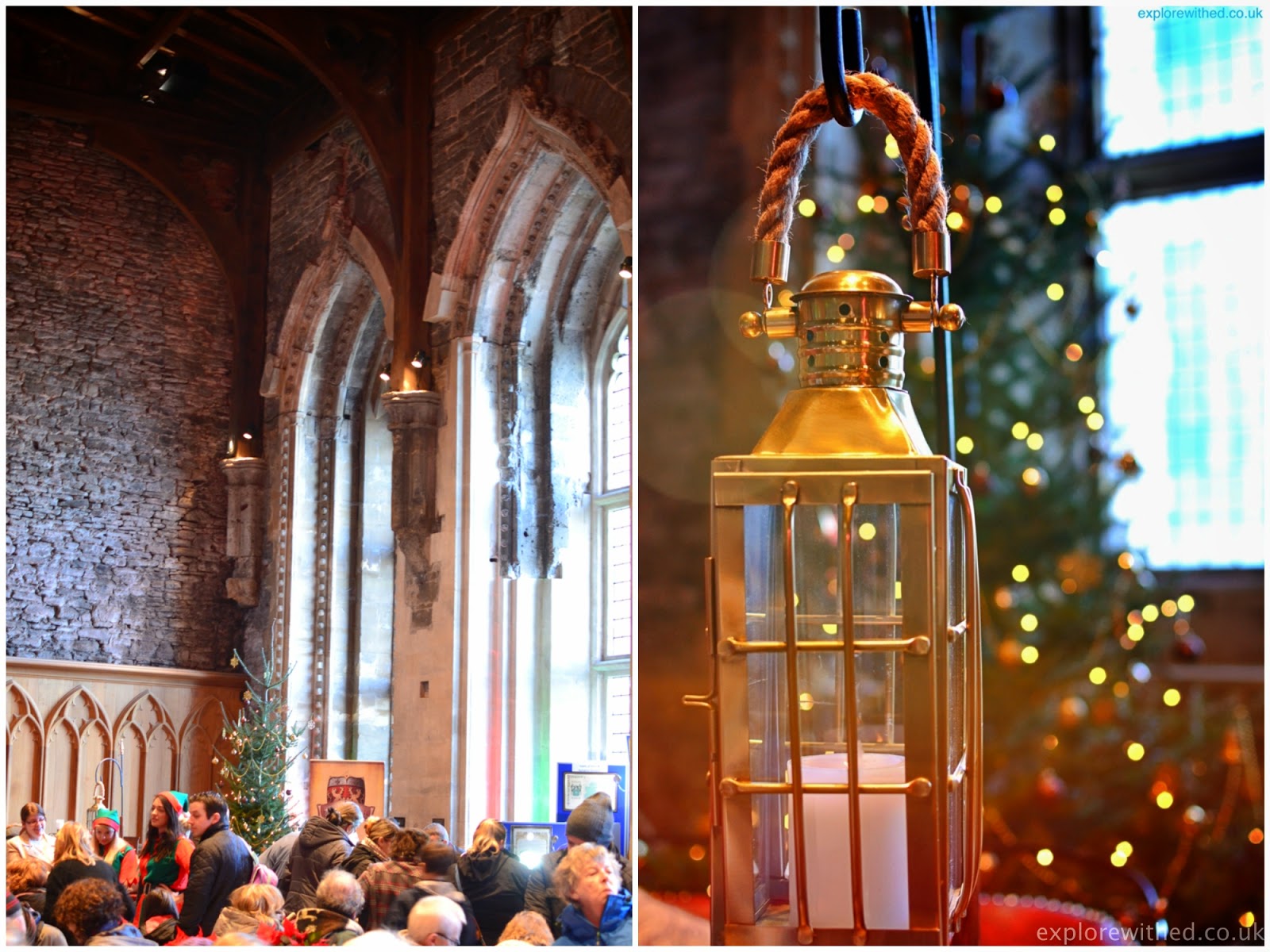 In the castle grounds, one stall offered samples of delicious and unique foods, from beer chilli nuts to cherry brandy marzipan. The two traders were very welcoming and offered me plenty of samples and information about their products.
Another stall invited guests to pet a rescued hedgehog and learn about the work of The Wildlife Trusts. 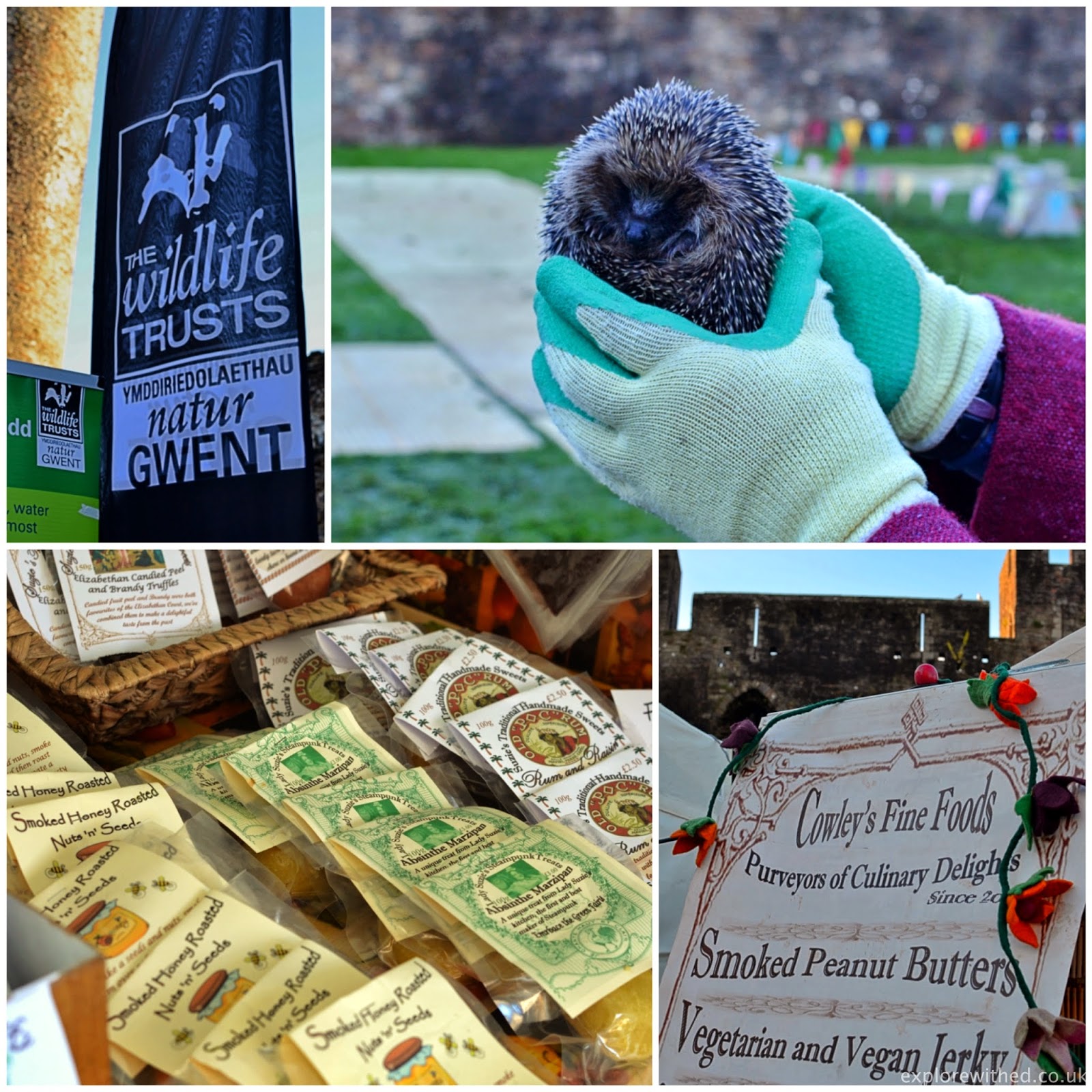 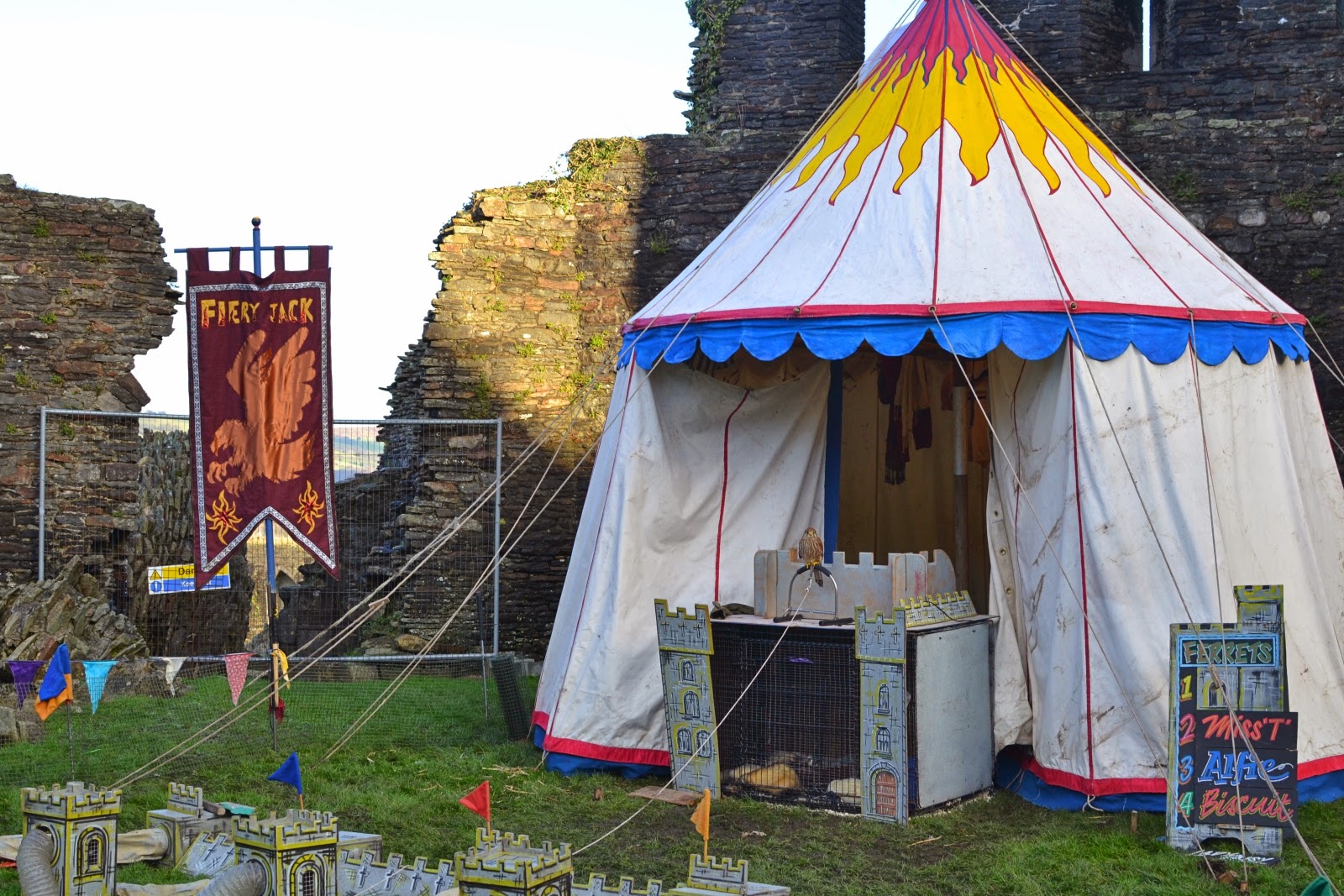 Climbing a narrow spiral staircase in the Castle’s Keep, I entered a room to find people making their own Christmas wreaths. I was told at certain times visitors can sit and hear ghost tales in the dimly-lit room nearby. 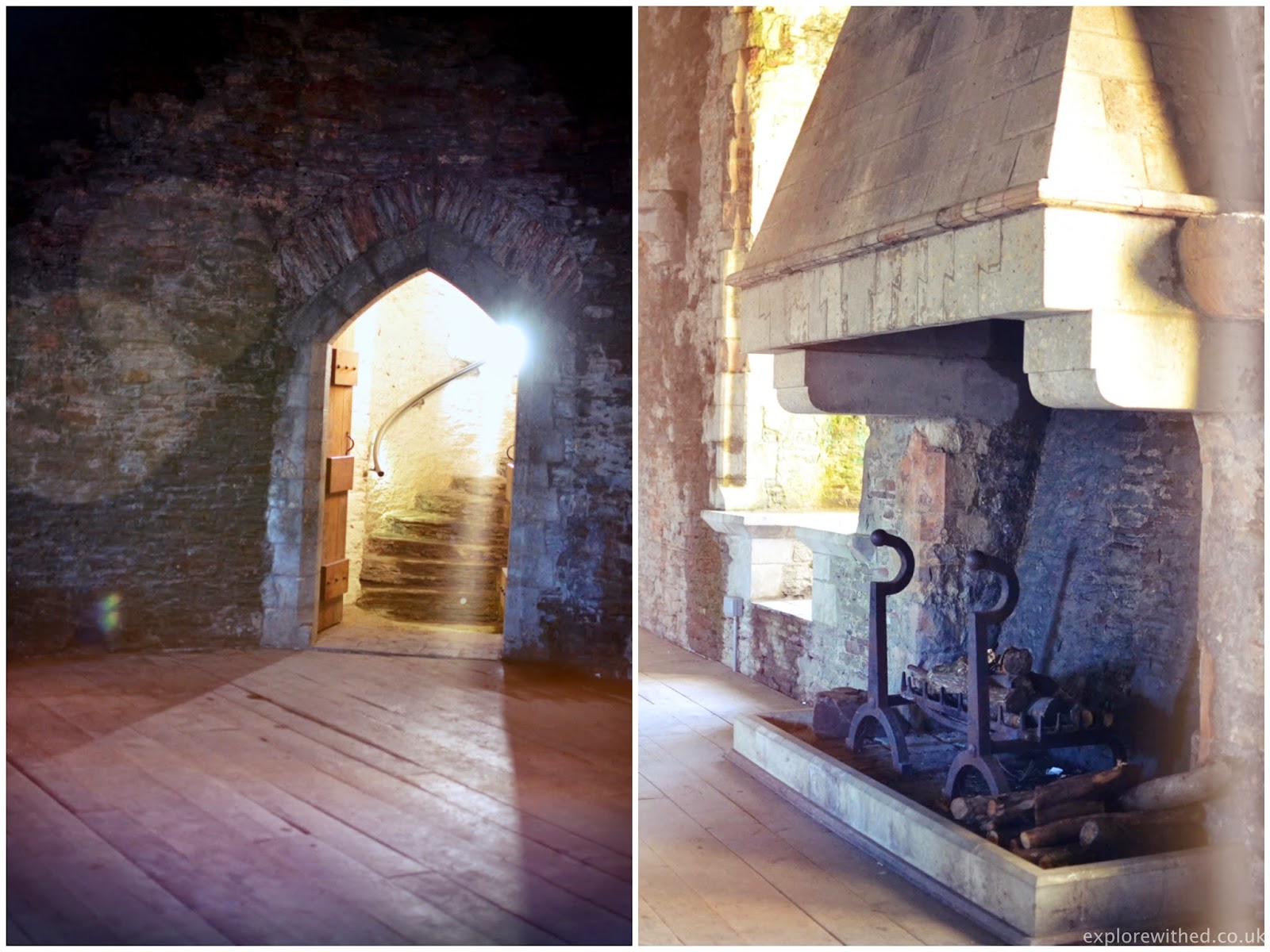 The castle top offered great views over the Fayre and Caerphilly (and showed off the impressive scale of the Fortress). 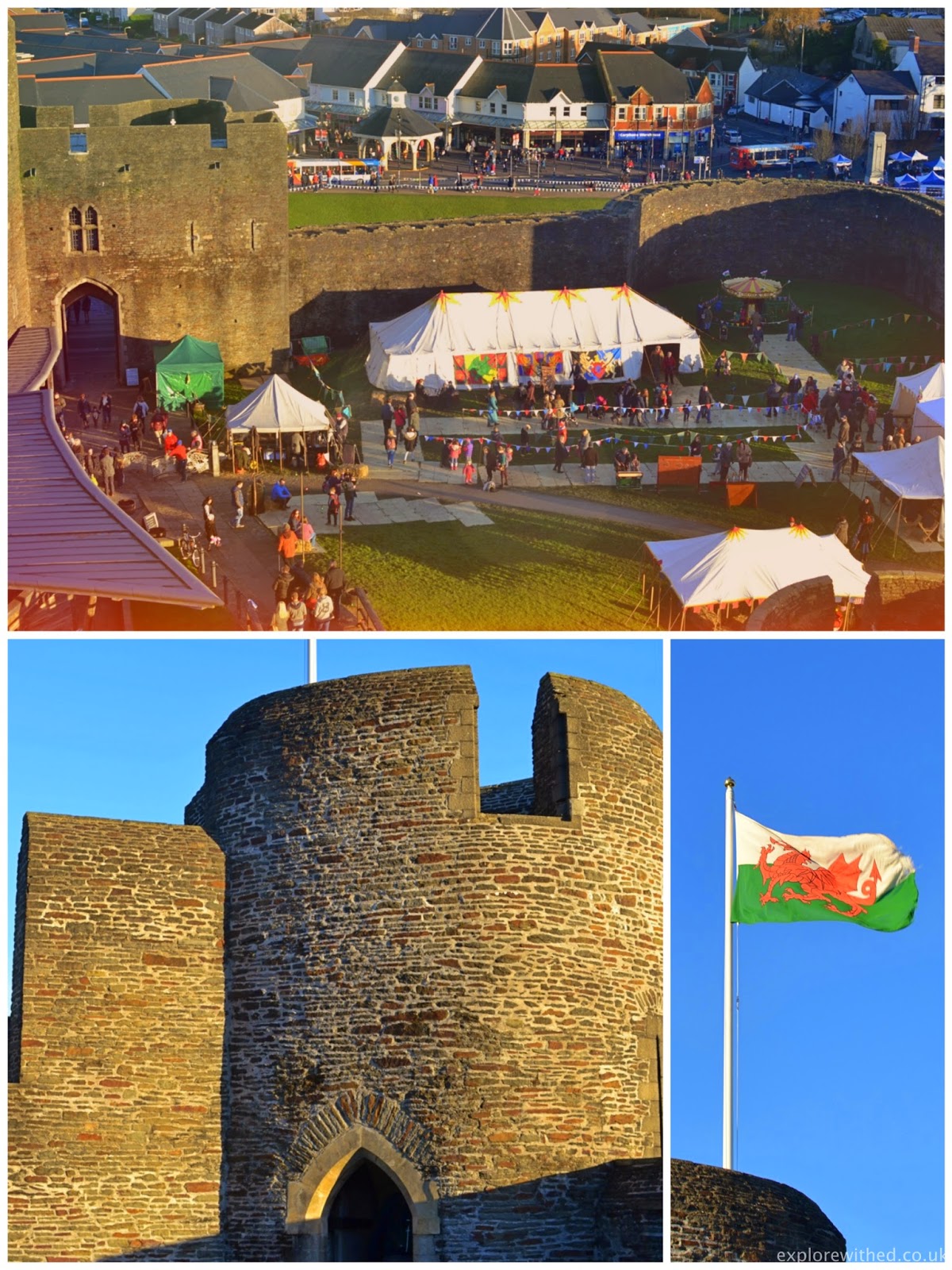 I’ve been to Caerphilly Castle a few times, but I was really surprised to discover it’s the 2nd biggest in Britain! The £5.50 fee for the event was worth paying just to explore the 13th century fortress itself. 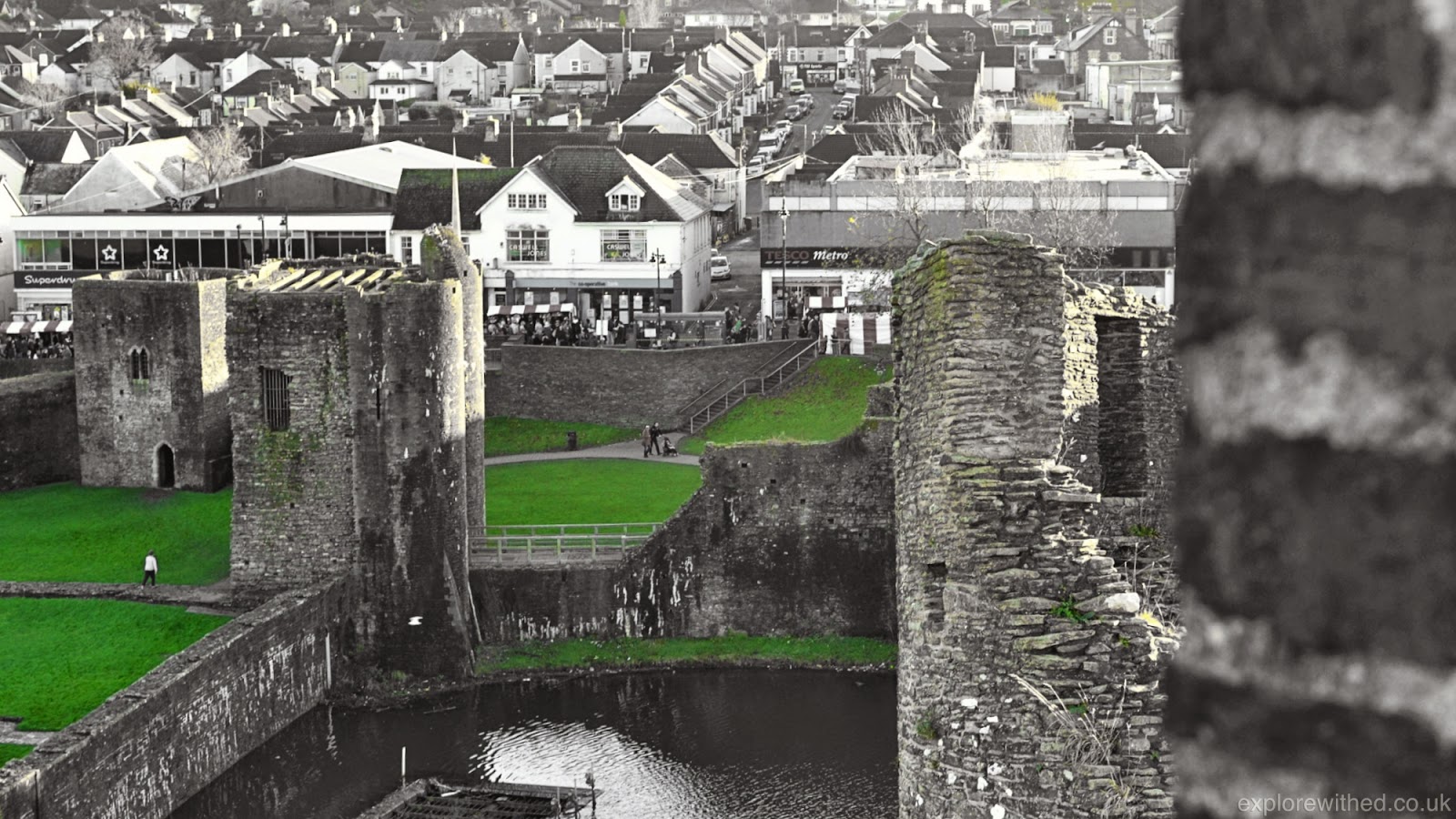 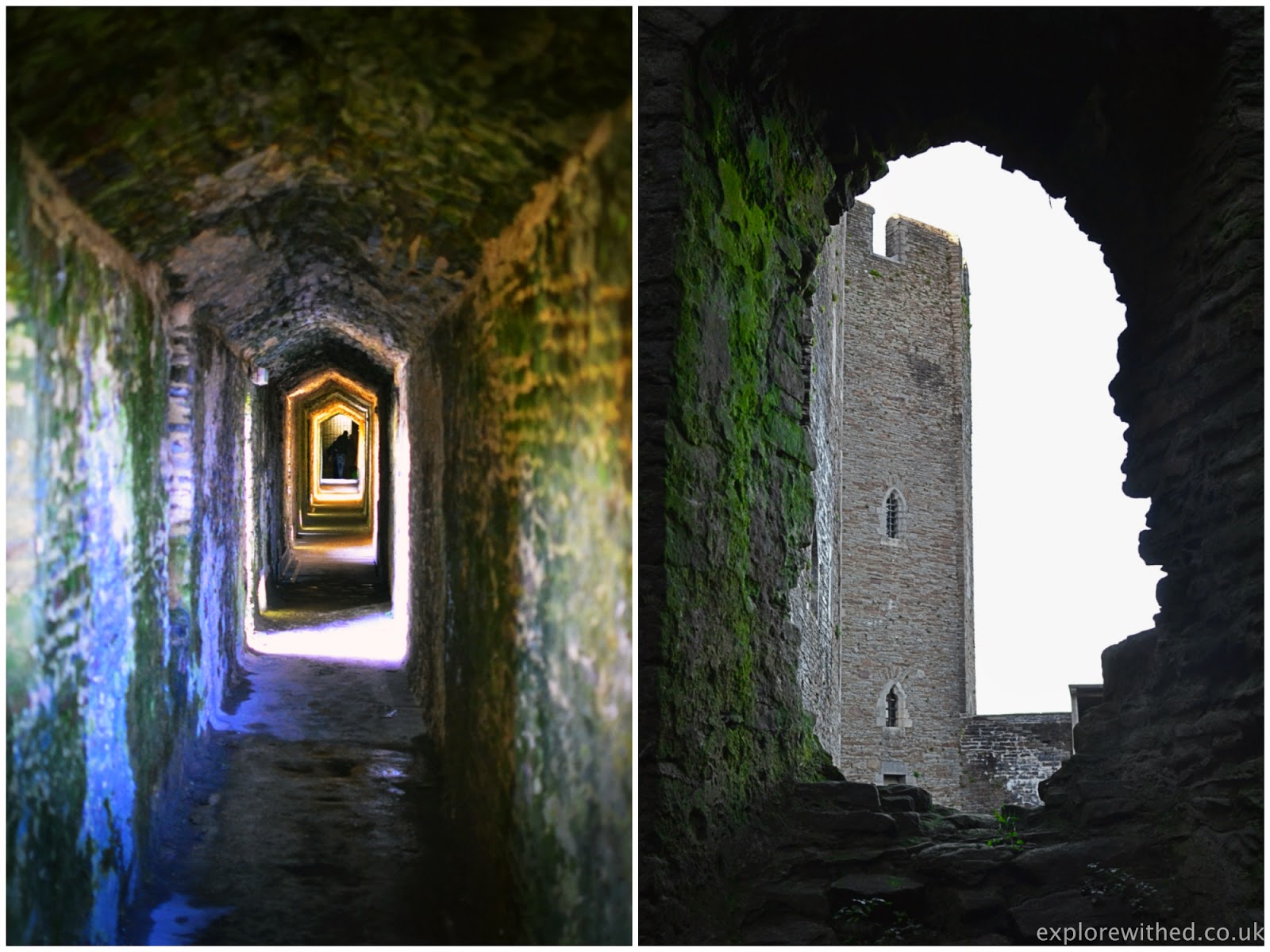 Before I left the town in South Wales, I had to take a final look at the Castle at night. The atmosphere becomes a lot more tangible on sundown with the spiritual glow off the Castle’s towers. 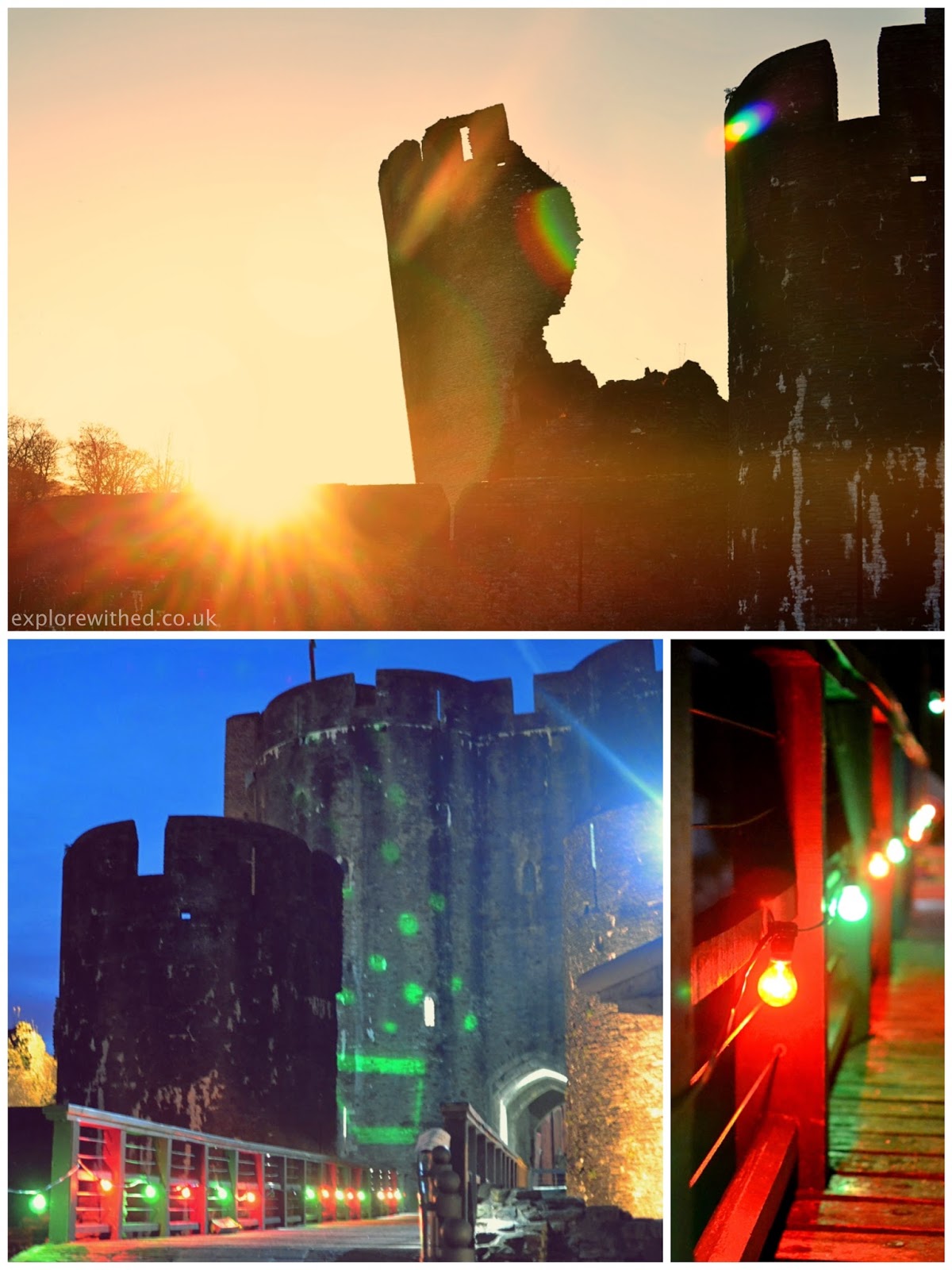 Even though the two day event ended this weekend, Caerphilly is certainly worth touring anytime of year. The castle is over 700 years old and hosts events throughout the calendar. 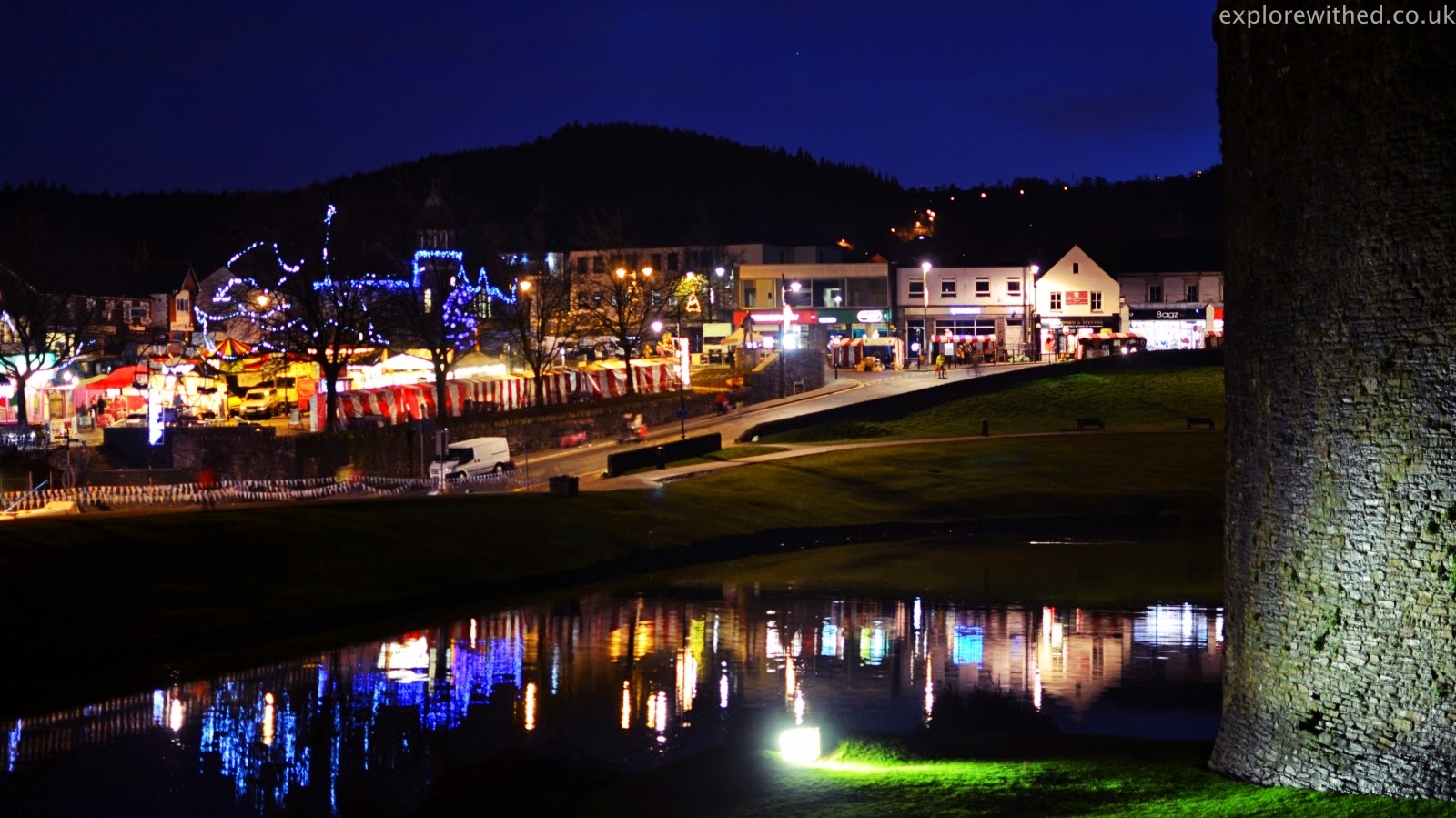