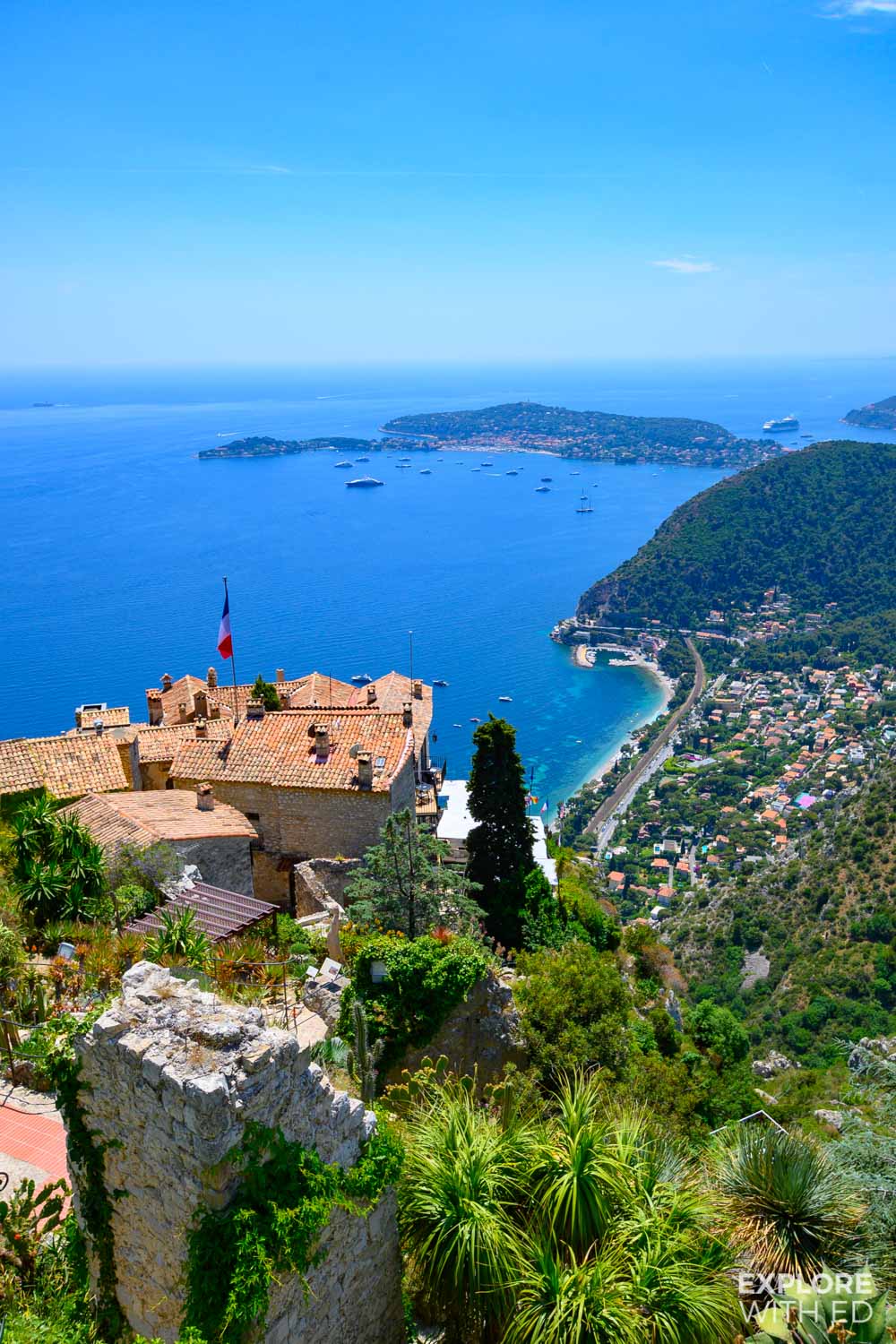 The charming village of Eze in the south of France (only a few miles from Nice), is a dreamy destination that has attracted the likes of Walt Disney, Sir Winston Churchill and Bono of the band U2. 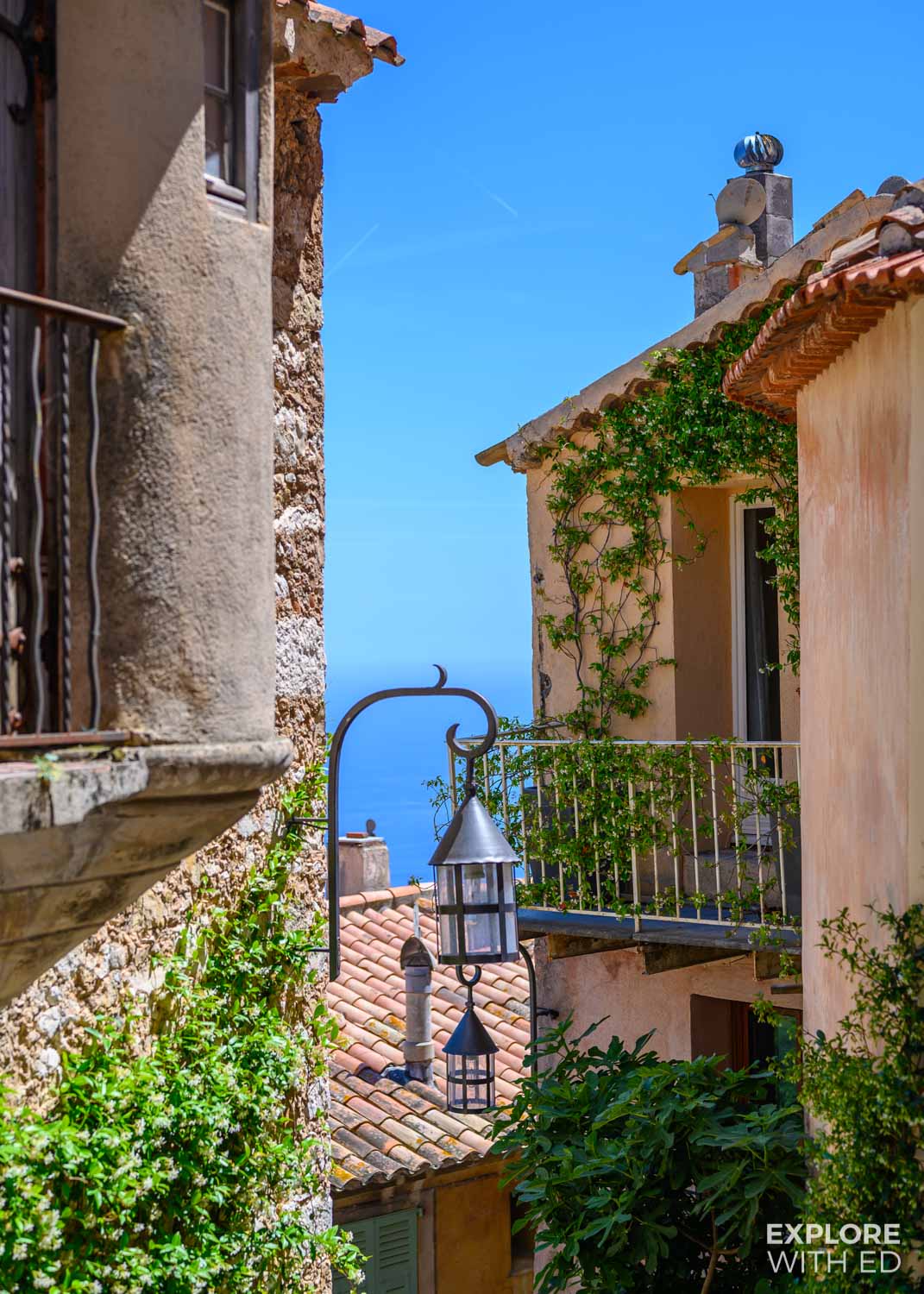 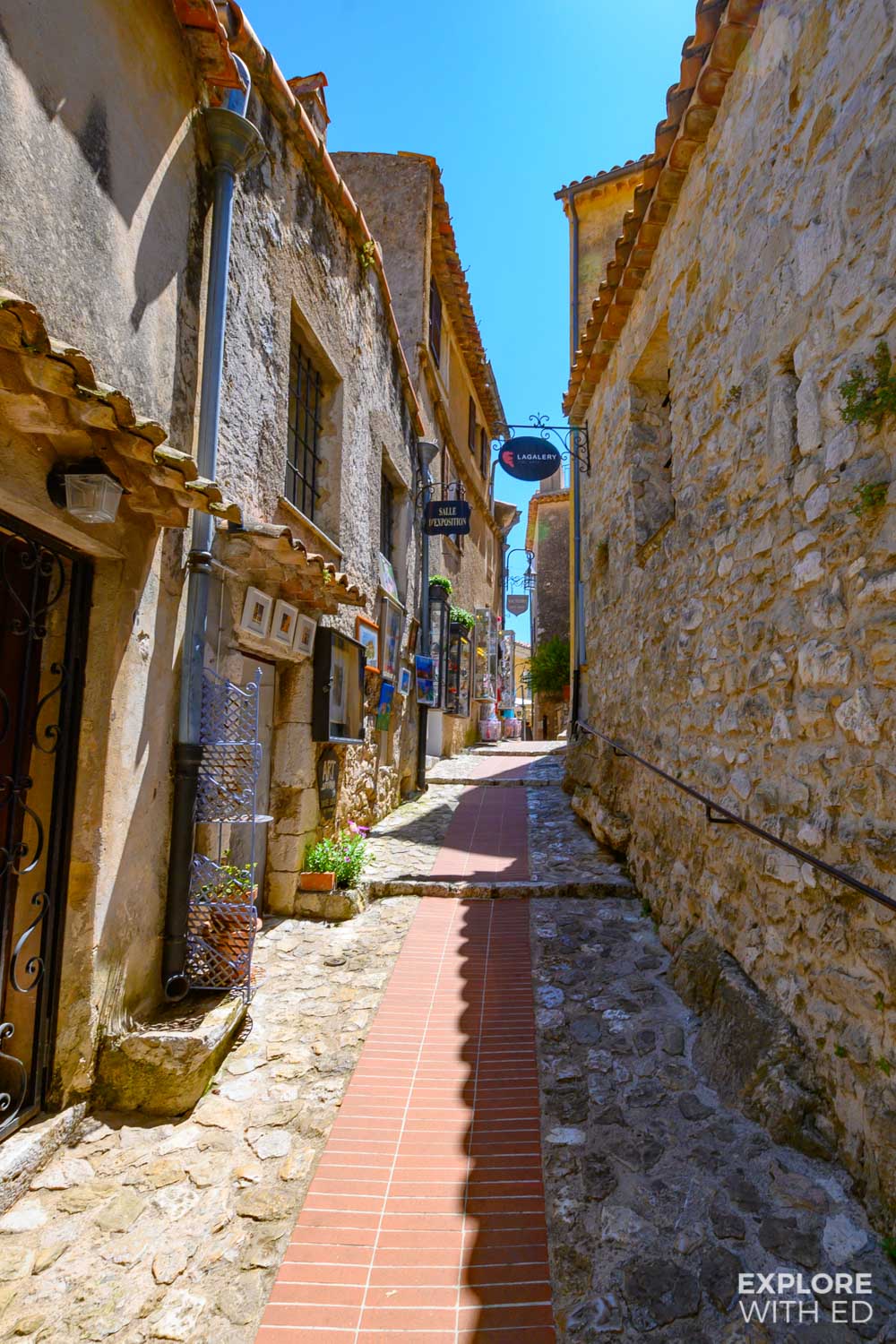 Entering through the fortress walls into the hilltop village is like stepping back through time, cobbled streets weave around the tightly packed art galleries, perfumeries and cafes. Now dressed with vines and purple flowers, it’s undoubtedly one of the best preserved medieval villages in France that even Churchill was inspired to paint. 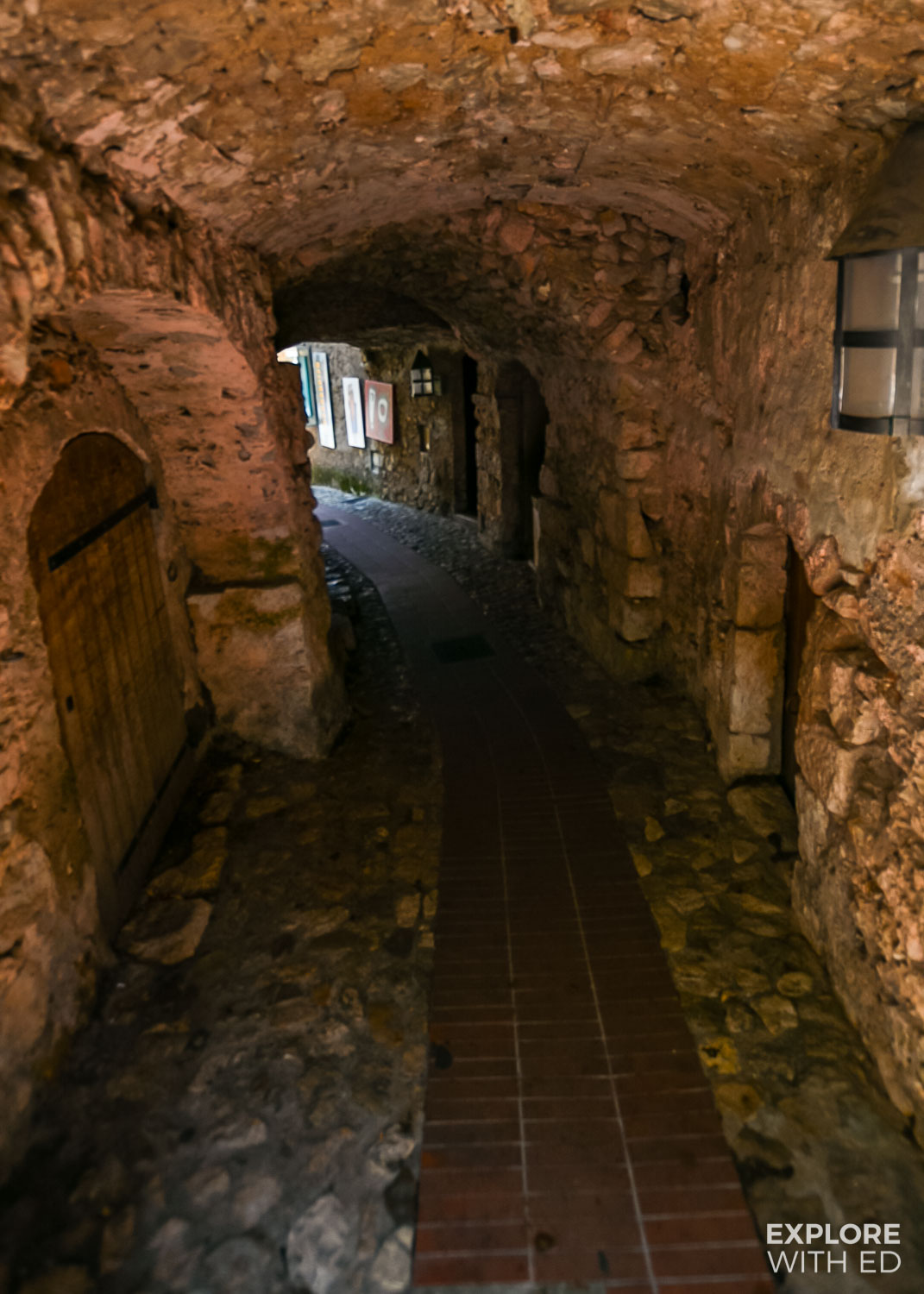 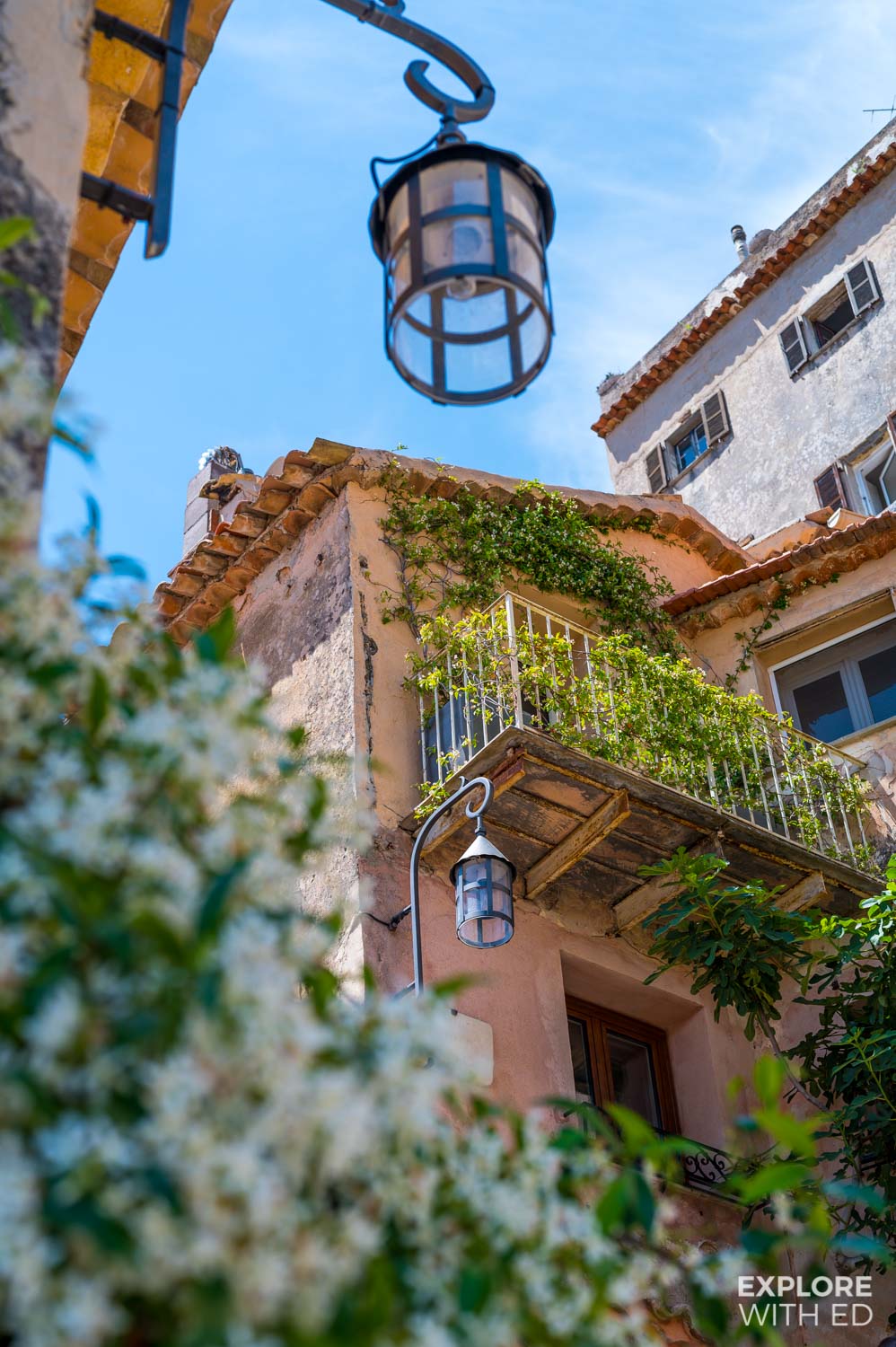 The exotic garden at Eze

The jewel in Eze’s crown is the exotic garden at the summit – entry is currently €6 per person, but the views are worth every cent. The narrow pathway hugs the cliff edge, the sea sparkles below the hillside chateaus that stretch from Eze to Nice. 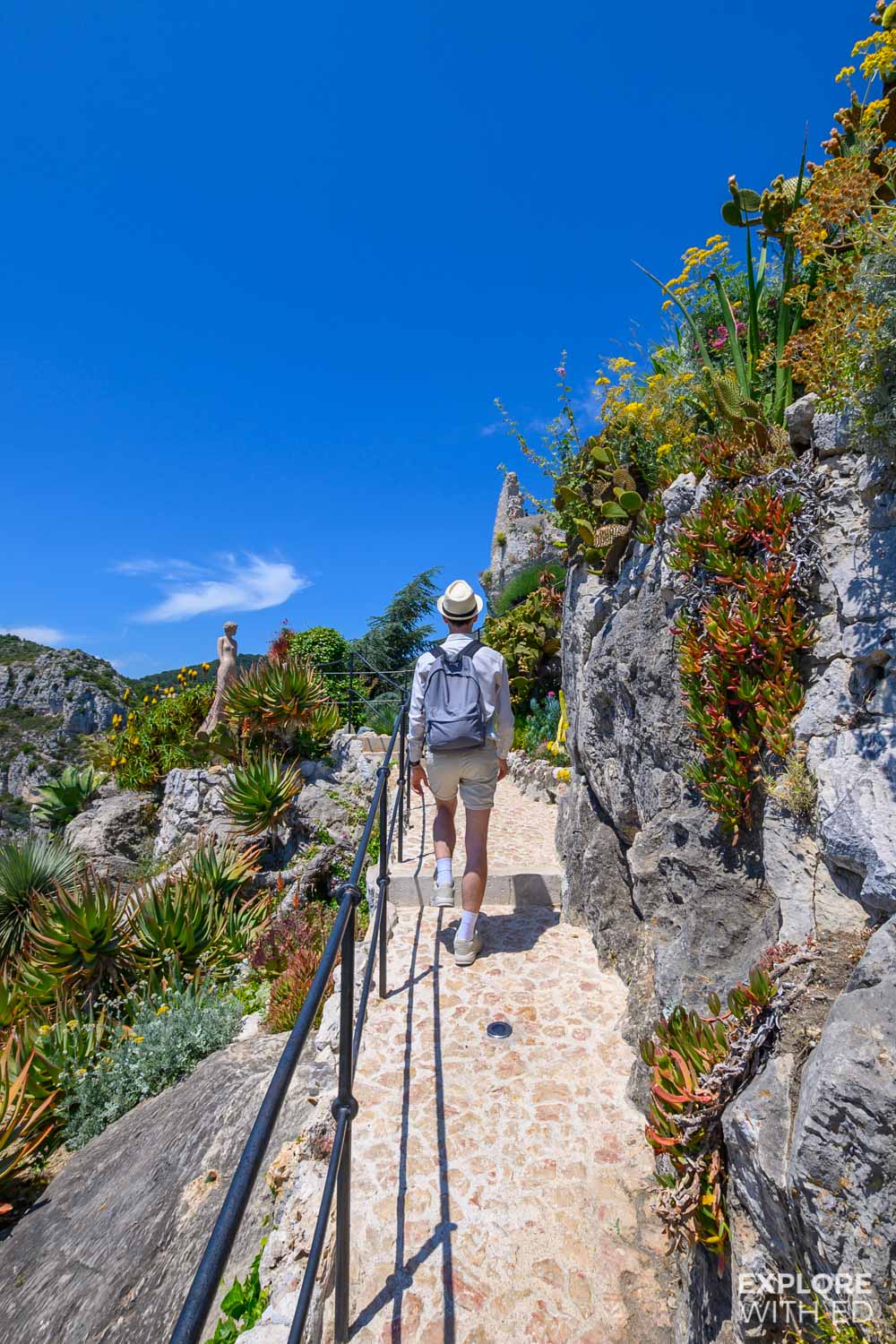 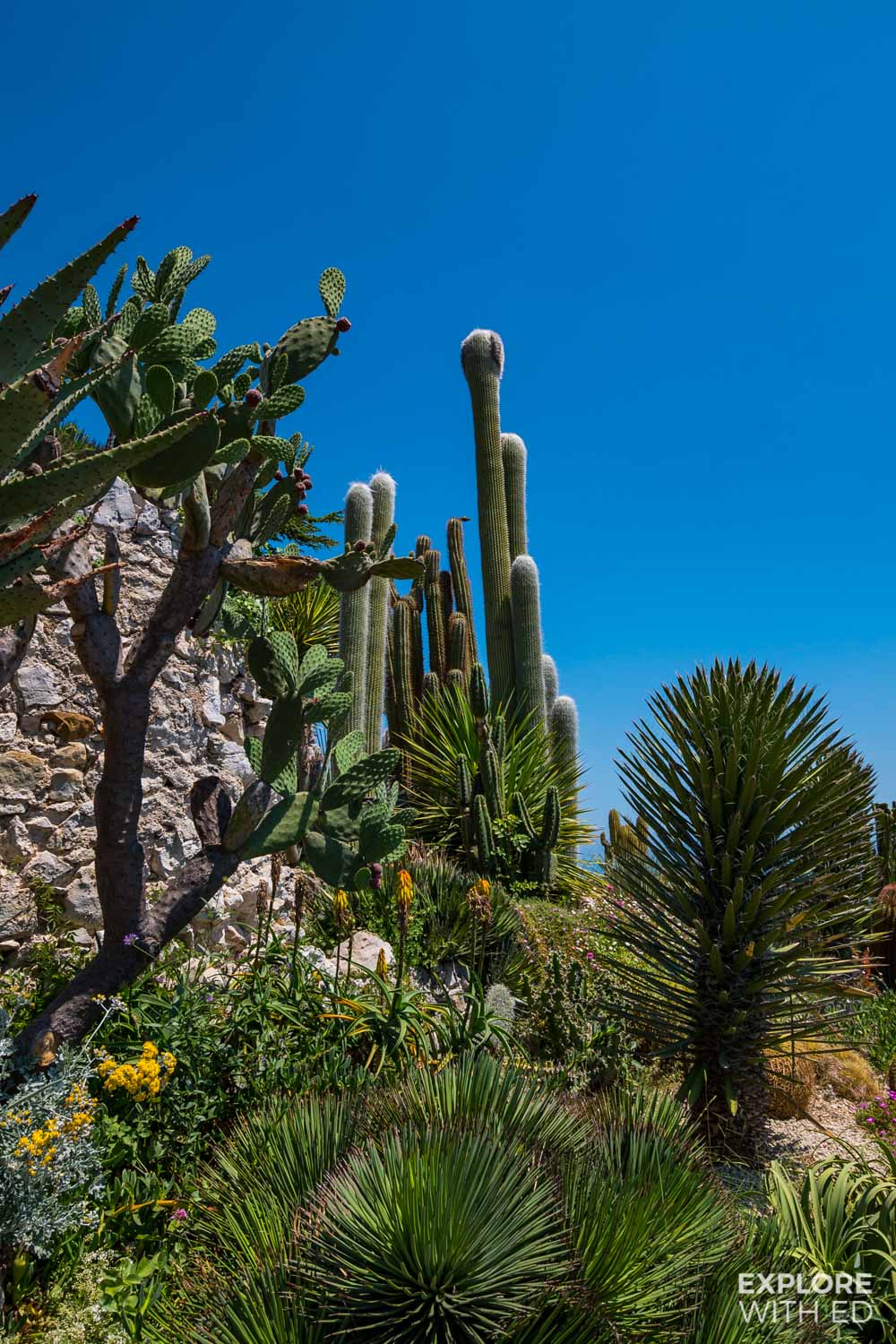 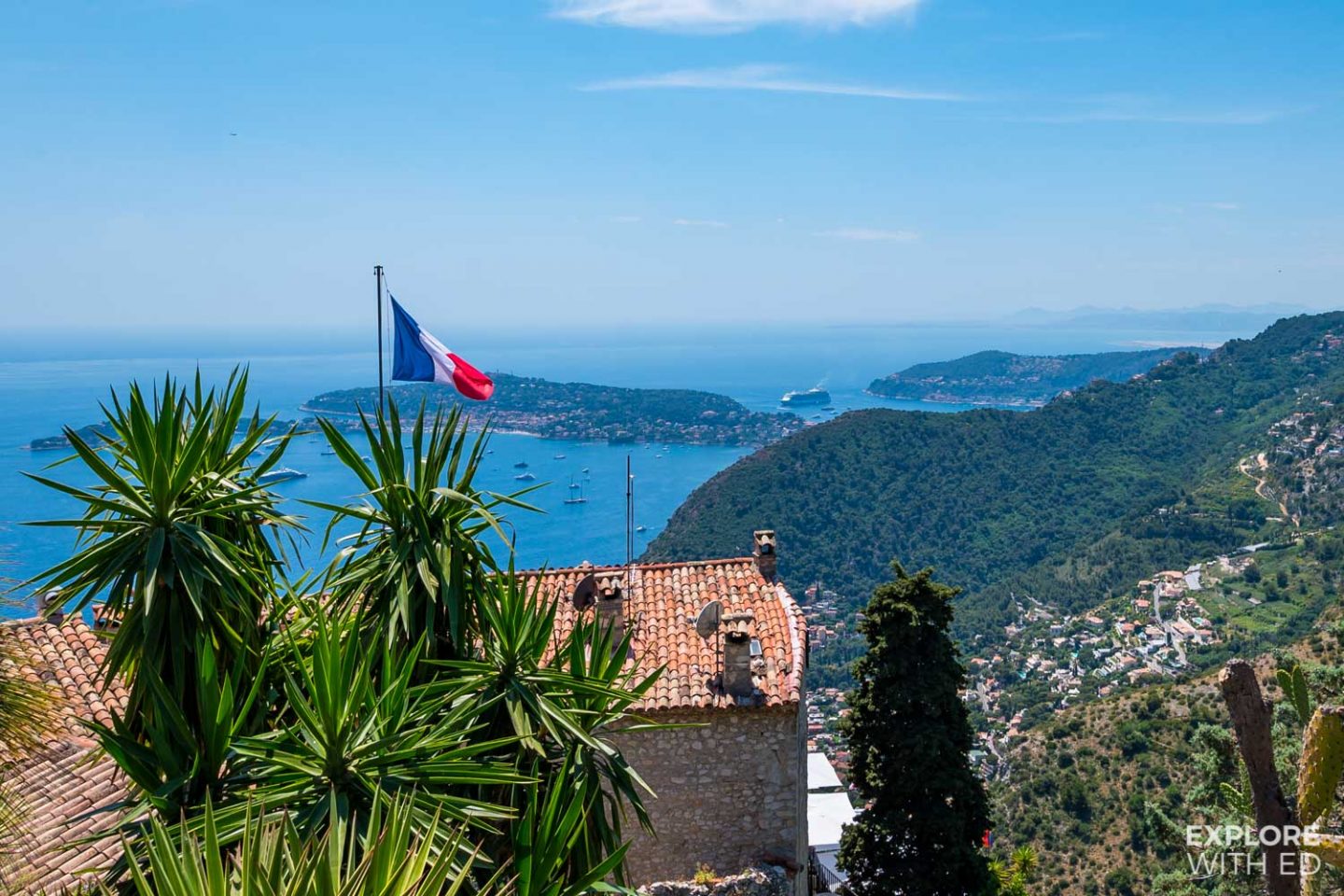 Related: The hilltop village of Saint-Paul-de-Vence

The garden itself is lovely to roam around – cactuses and exotic flowers look vibrant against the deep blue sky and down in the Mediterranean Garden you can catch a close up view of the Church bell tower that can be spotted for miles.

How to get to Eze from Nice and Villefranche-Sur-Mer

The local bus from Nice to Eze is the cheapest option at €1.50 per journey. The #82 bus towards Plateau de la Justice stops on the edge of the village from the station. 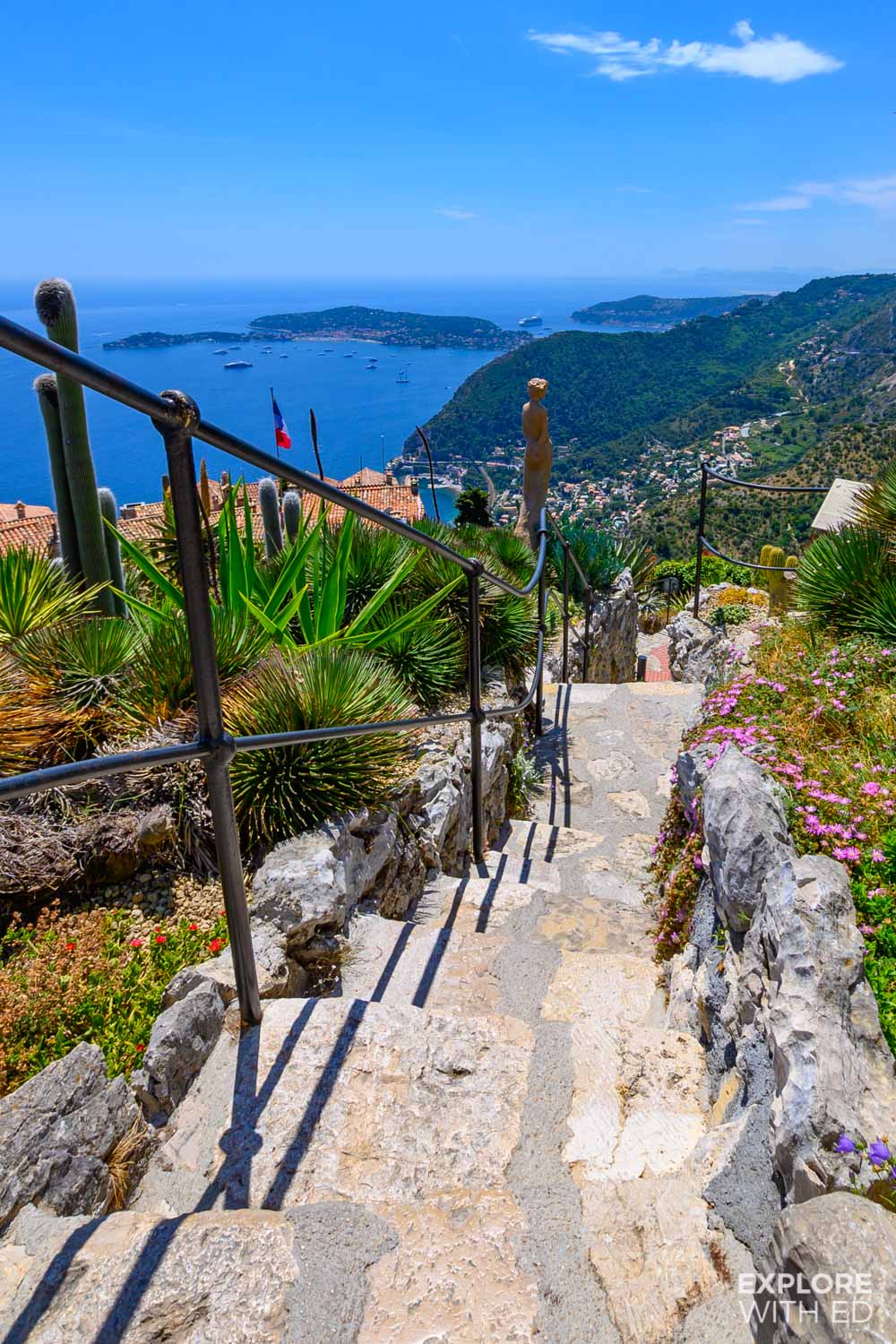 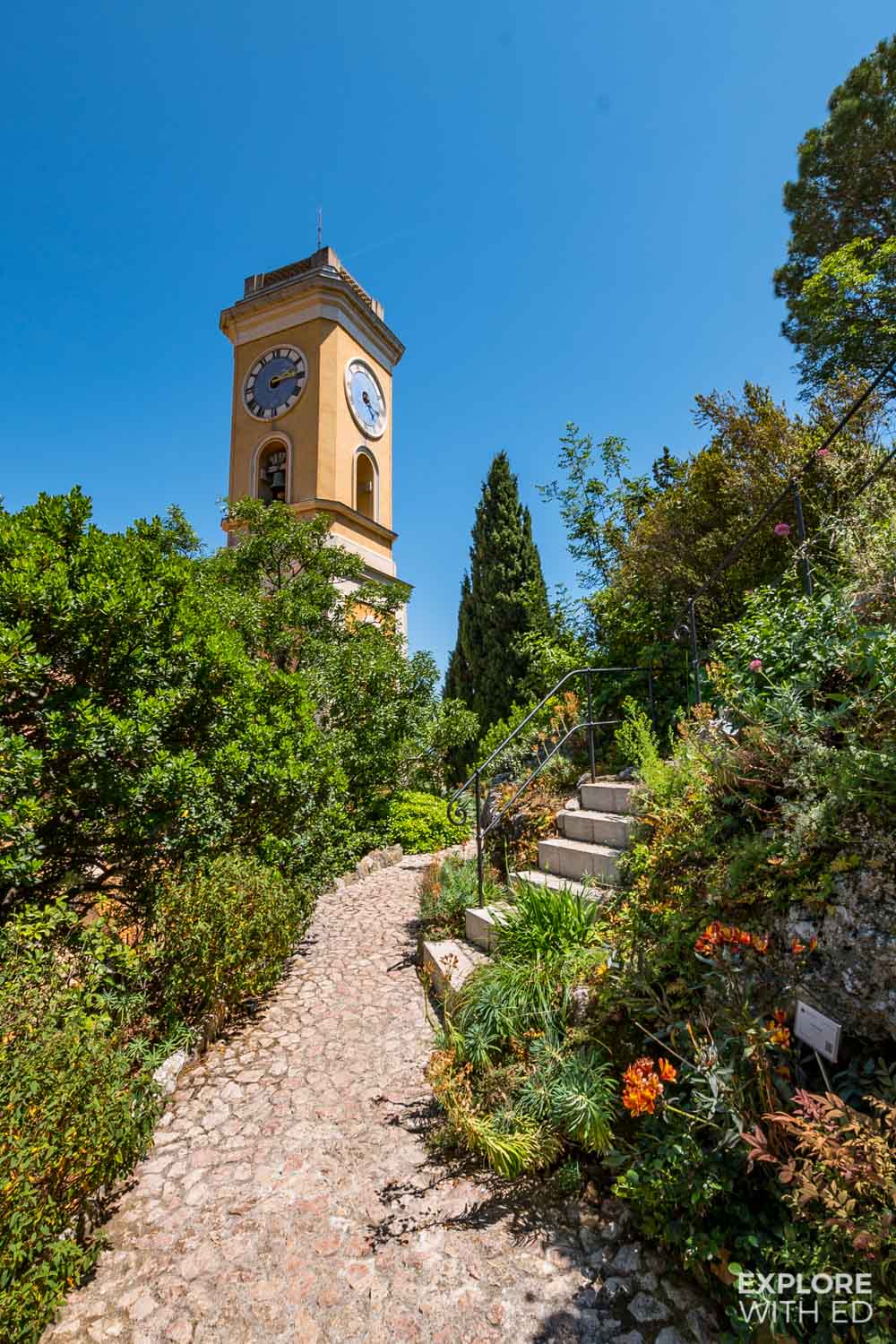 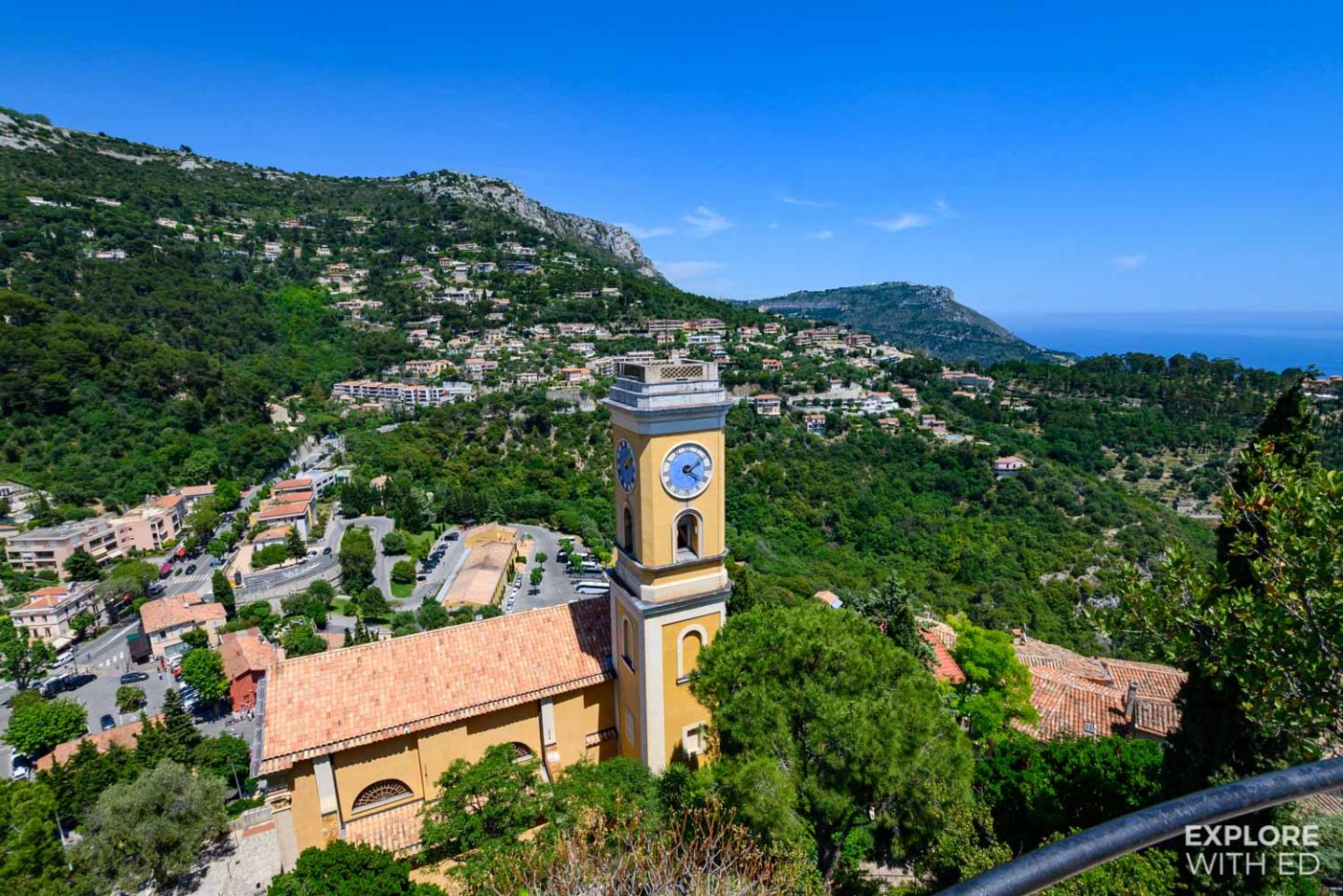 Alternatively the #100 bus takes you to Eze-Sur-Mer (the beach and train station) where you’ll have to change for the #83 – keep hold of your ticket as you can validate it on boarding the #83 instead of paying twice.

Related: A guide to visiting the fairytale Neuschwanstein Castle, Bavaria

Look up the local bus times for Nice before you go as they’re not regular, usually around one or two per hour. 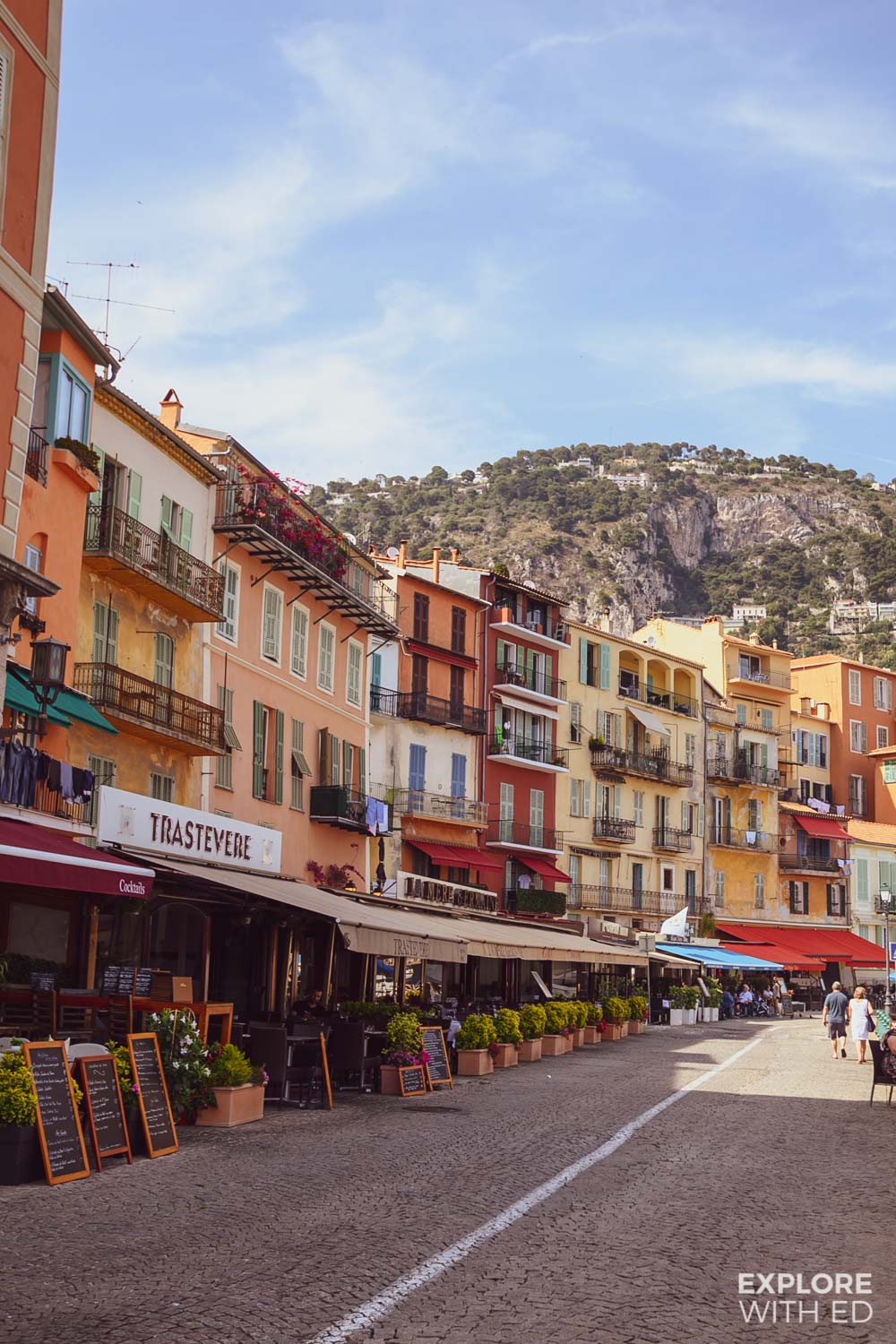 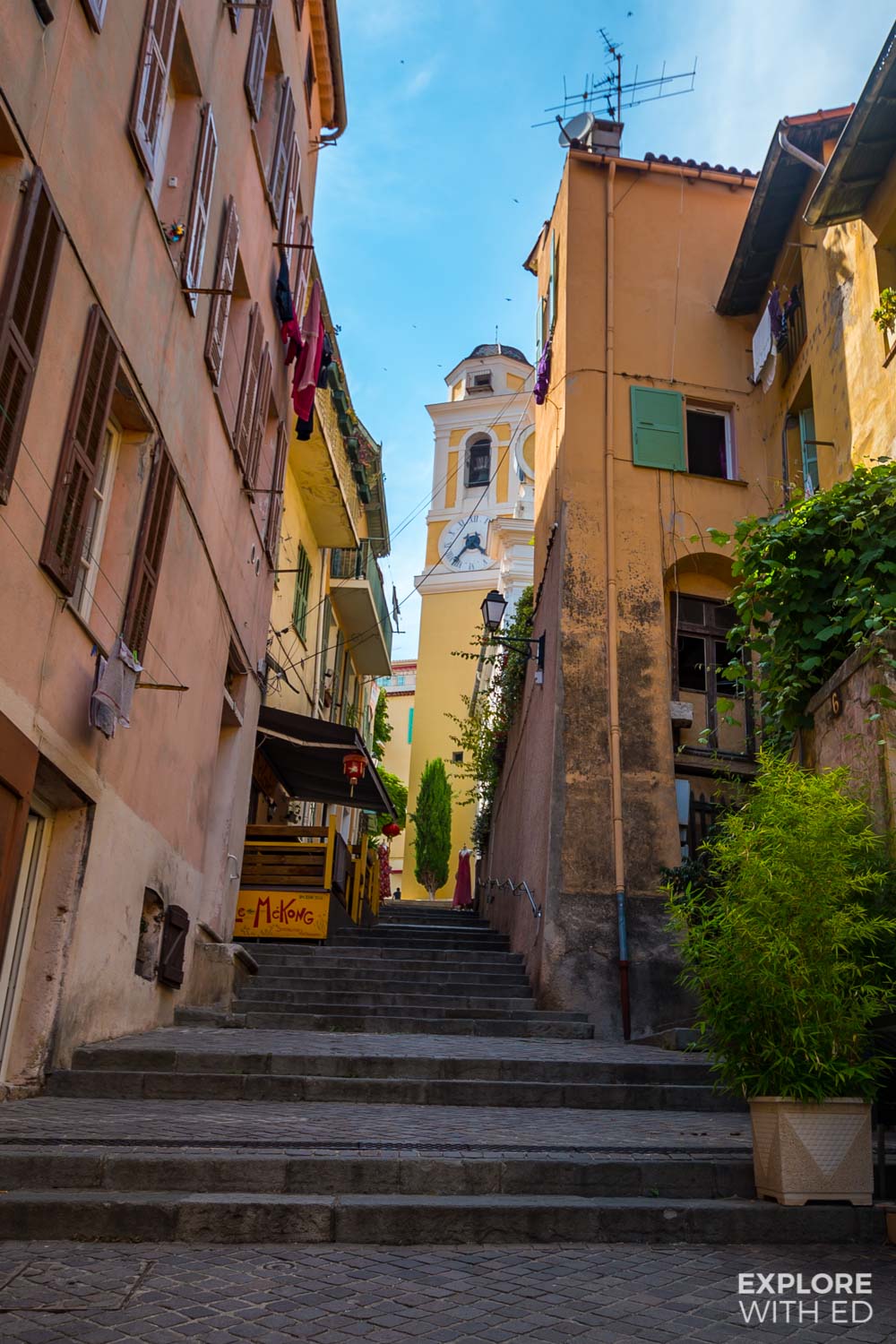 Taxi’s and Uber’s are more expensive (I was quoted around €60-70 from Villefranche for a party of 7), but with that you have the luxury of being picked up/dropped off right where you want and when you want.

Related: What’s a Western Mediterranean cruise from Southampton like?

Eze is a delightful day trip from Nice and Villefranche-Sur-Mer – both popular port of call if you visit on a cruise. Eze could also be a lovely lunch stop before an evening in Monaco or Menton that lies just on the Italian border. For a touch of luxury, consider an extended stay like Walt Disney did, coupled with a gourmet meal at the luxurious La Chevre d’Or.