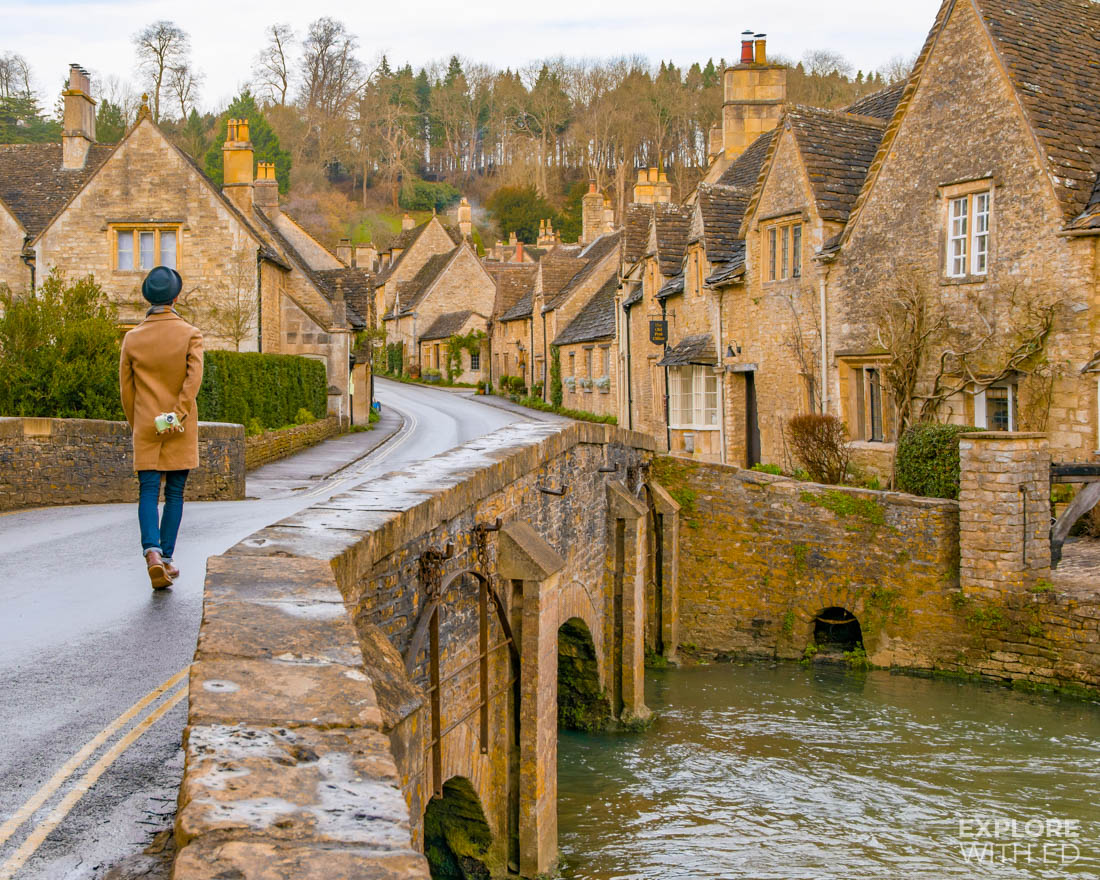 Castle Combe, a sleepy chocolate box village that’s often referred to as England’s prettiest. If you’re looking for things to do in The Cotswolds, this little gem in Wiltshire is a wonderful starting point. 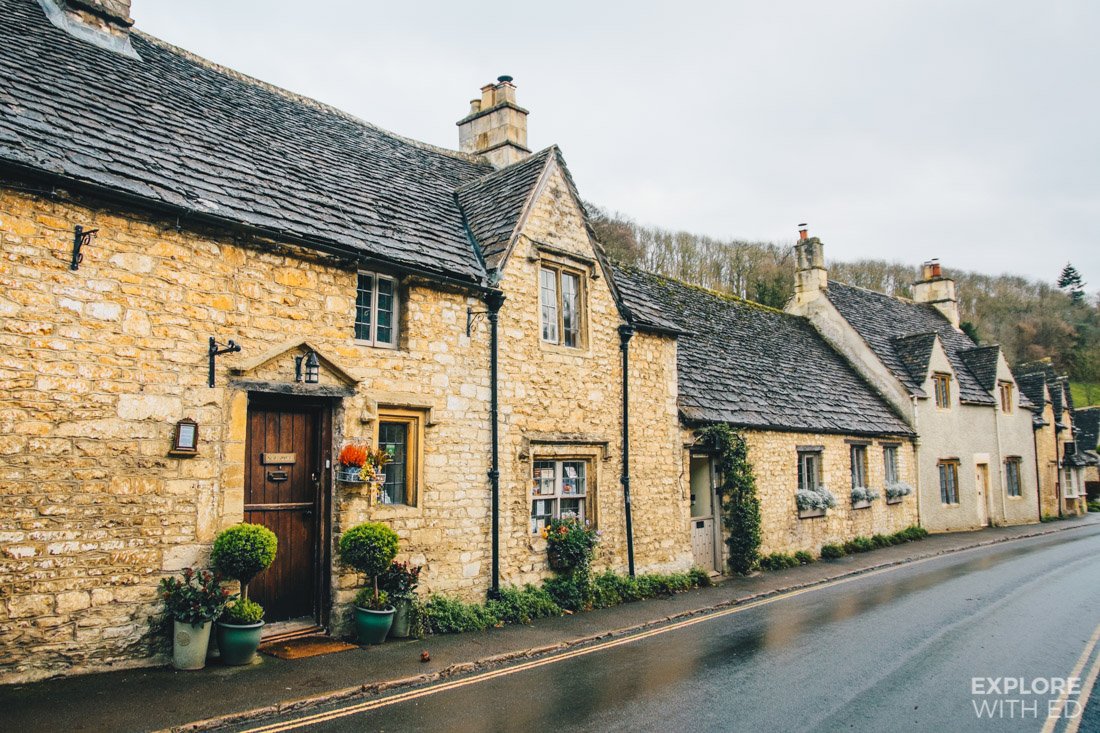 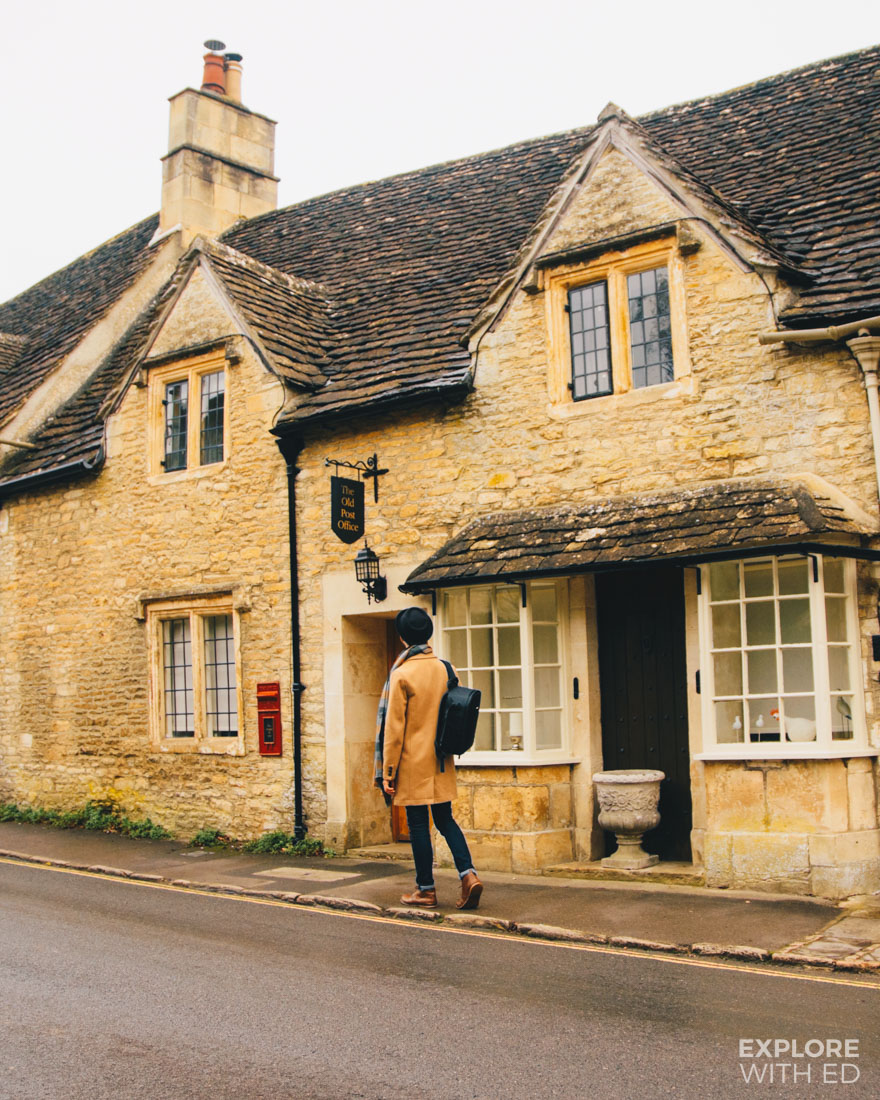 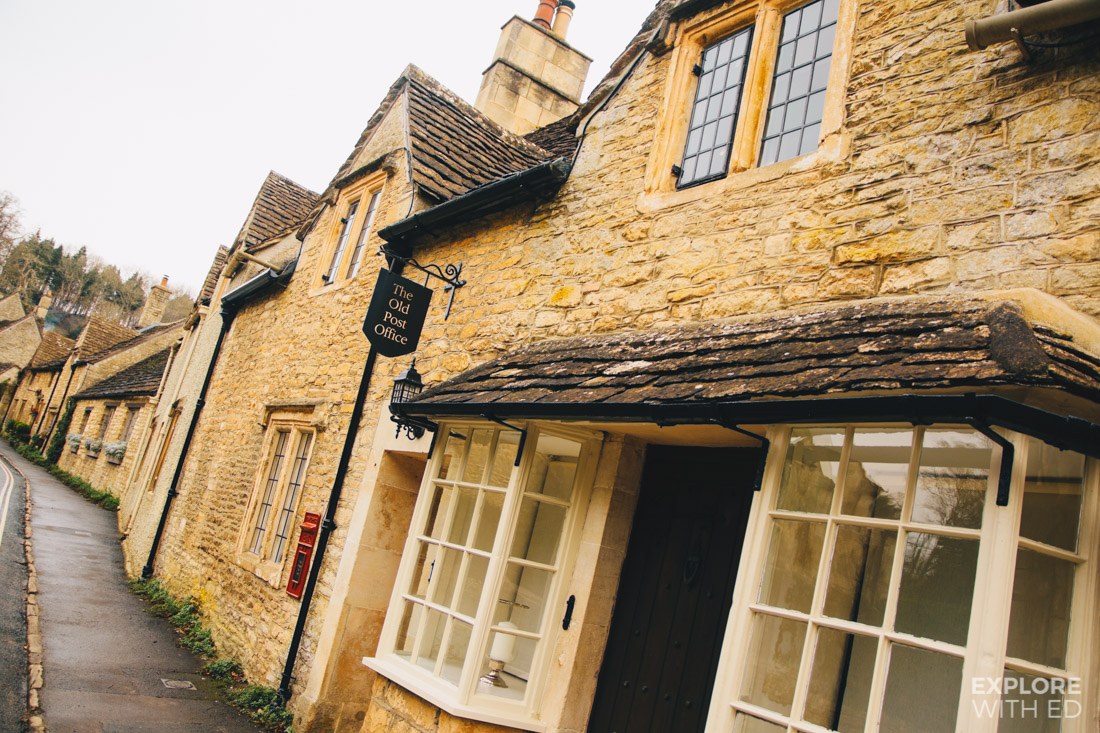 A brief history of Castle Combe

The village was named after a nearby Norman Fortress and much of what we see today began in the Middle Ages with a booming cloth industry and market square. If this street seems familiar you may have seen it in the cinema, it’s been used as a backdrop for films like Stardust, War Horse and Doctor Dolittle. 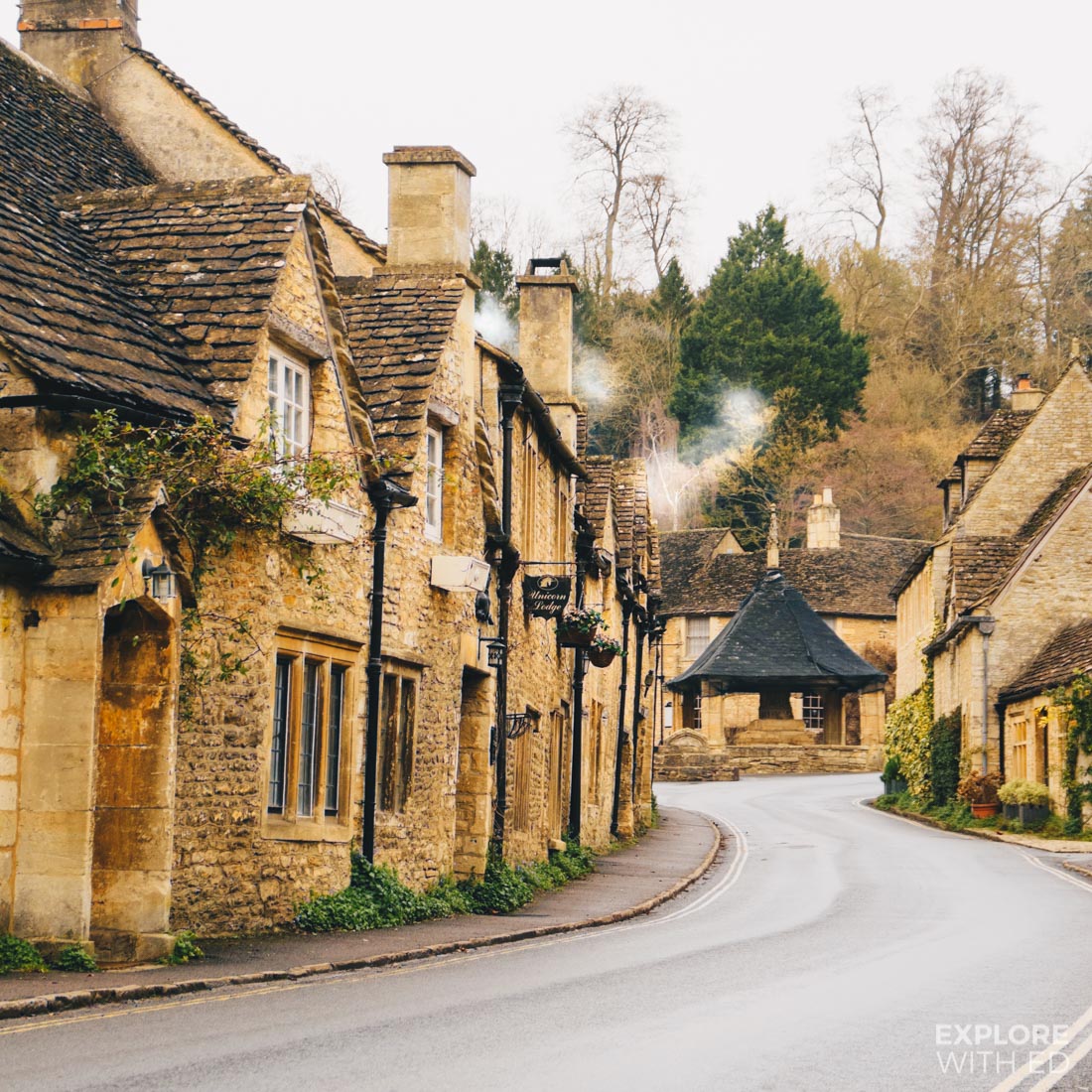 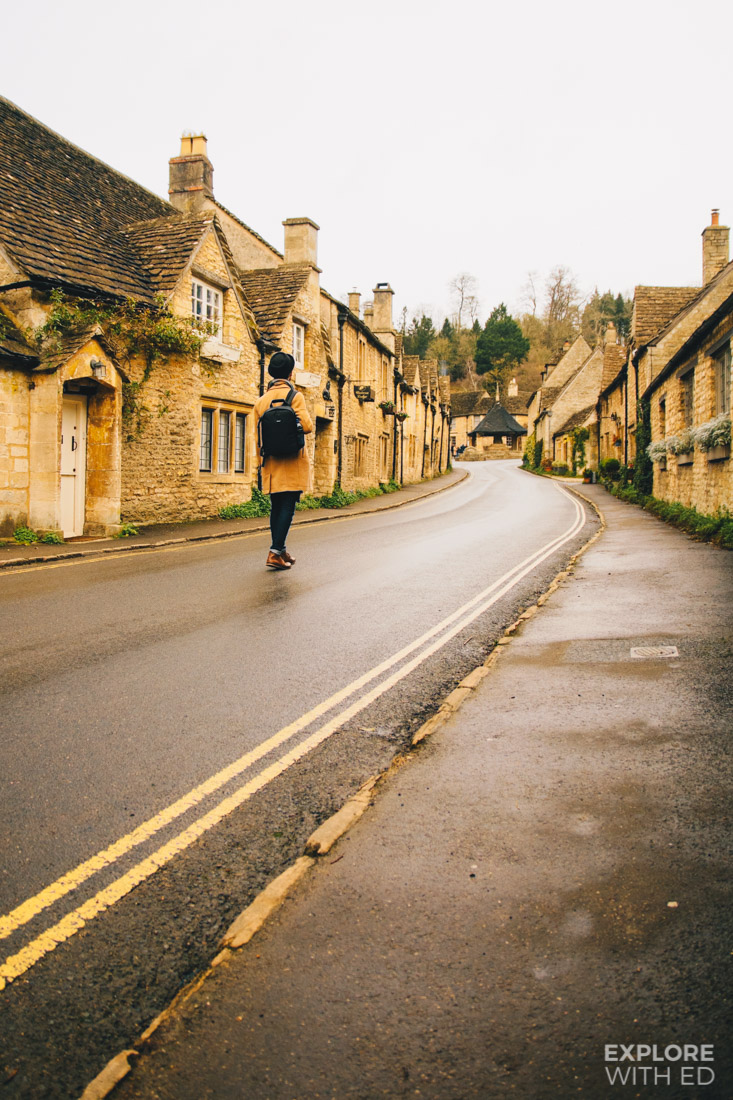 The best time of year to visit Castle Combe

The prettiness of Castle Combe is perhaps most obvious in the height of summer when the honey coloured cottages are graced with colourful climbing plants and overflowing window baskets.

A chilly afternoon in January however will evoke a magical and medieval quality with chimney smoke lacing the damp and misty air. The upside of visiting The Cotswolds in the winter is that it tends to be much quieter, however it’s more likely you’ll get rained or snowed on – like me! 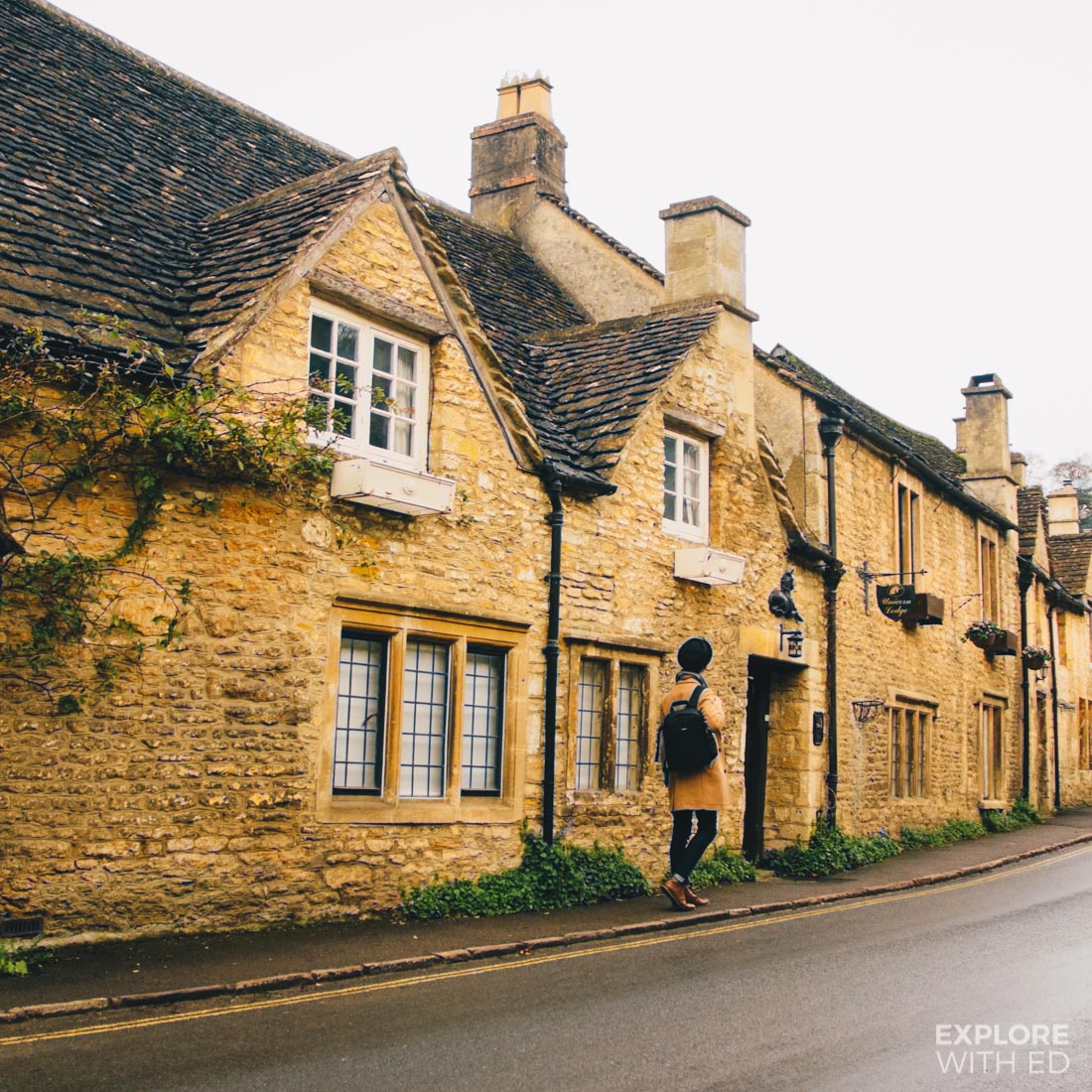 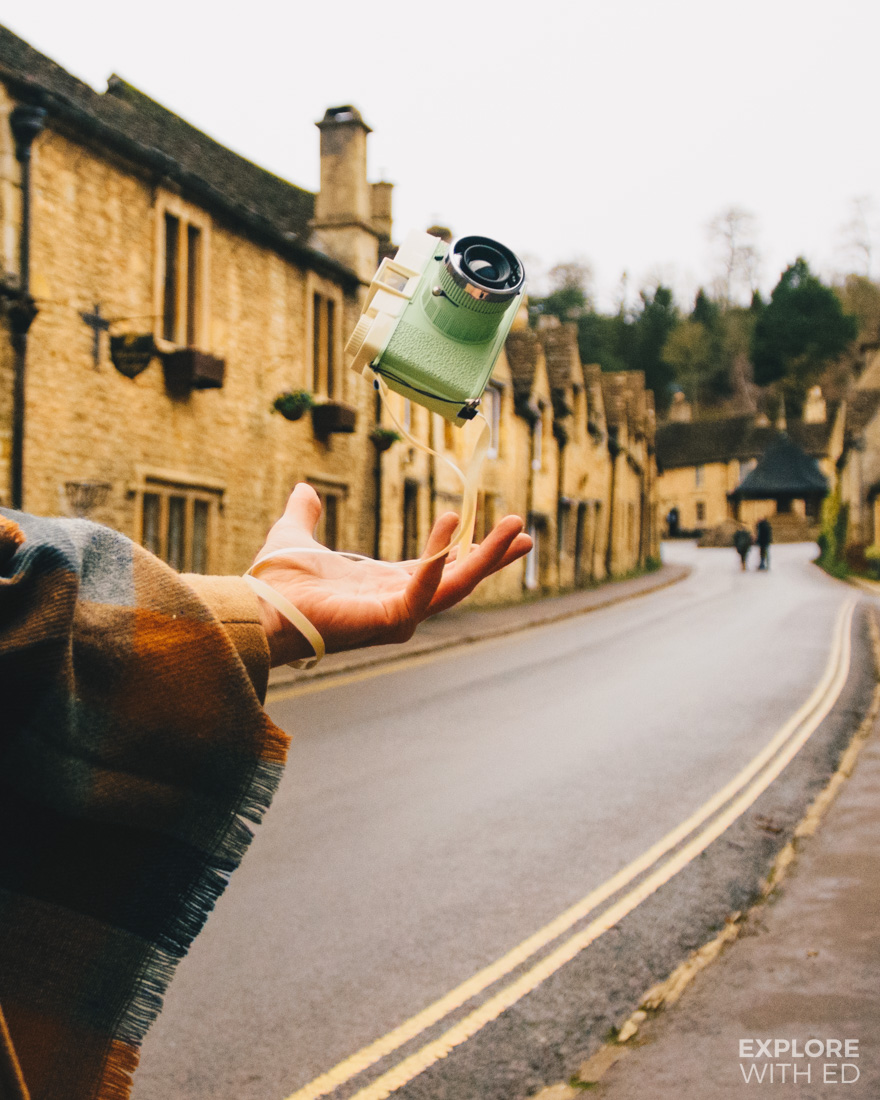 How to get to Castle Combe in The Cotswolds

The village is just a few miles off the M4 motorway via junction 18 or 17 and is 1 hour from Cardiff and 2 hours from London by car. If you’re cruising to Bristol or Southampton, Castle Combe may be an ideal excursion outside of the city, similarly if you’re visiting Bath and have an additional afternoon to spare. I parked, like most other visitors, just the north of the village on the roadside. 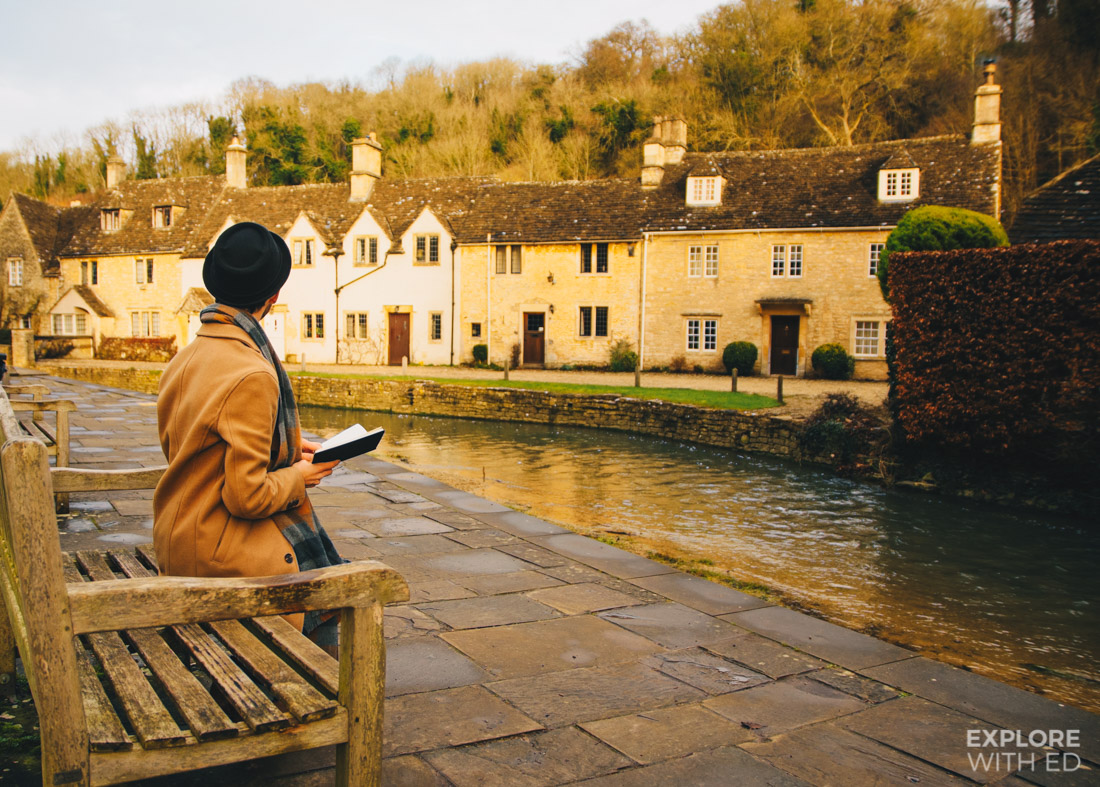 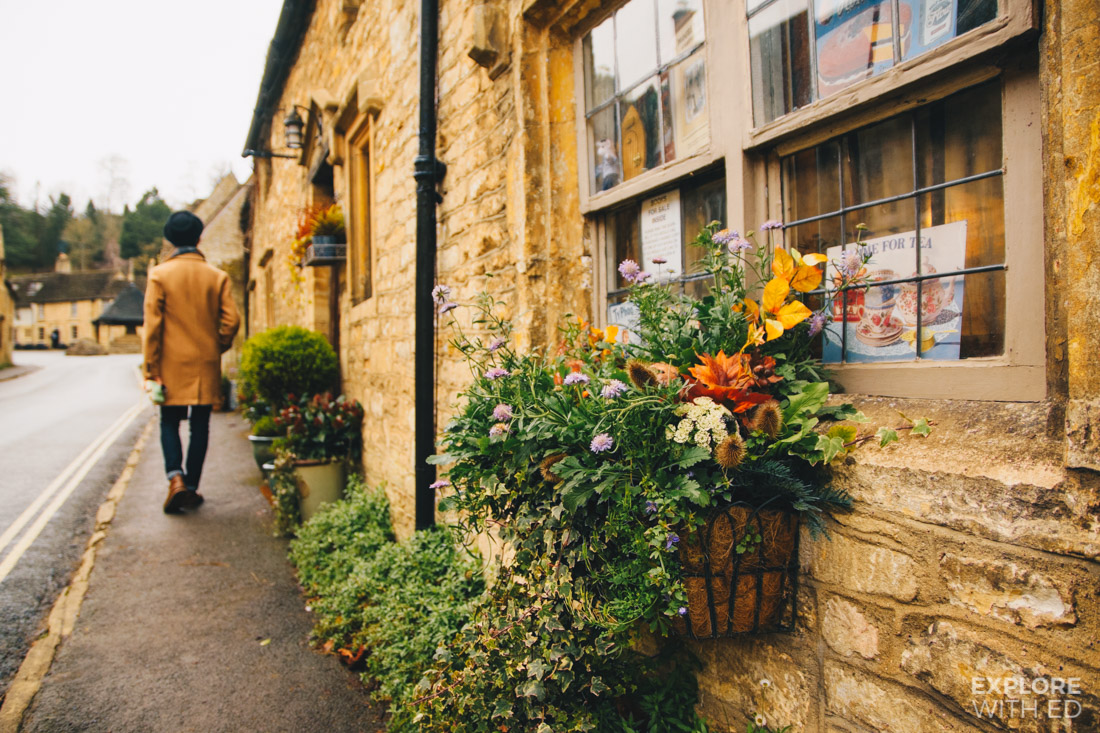 Top things to do in Castle Combe 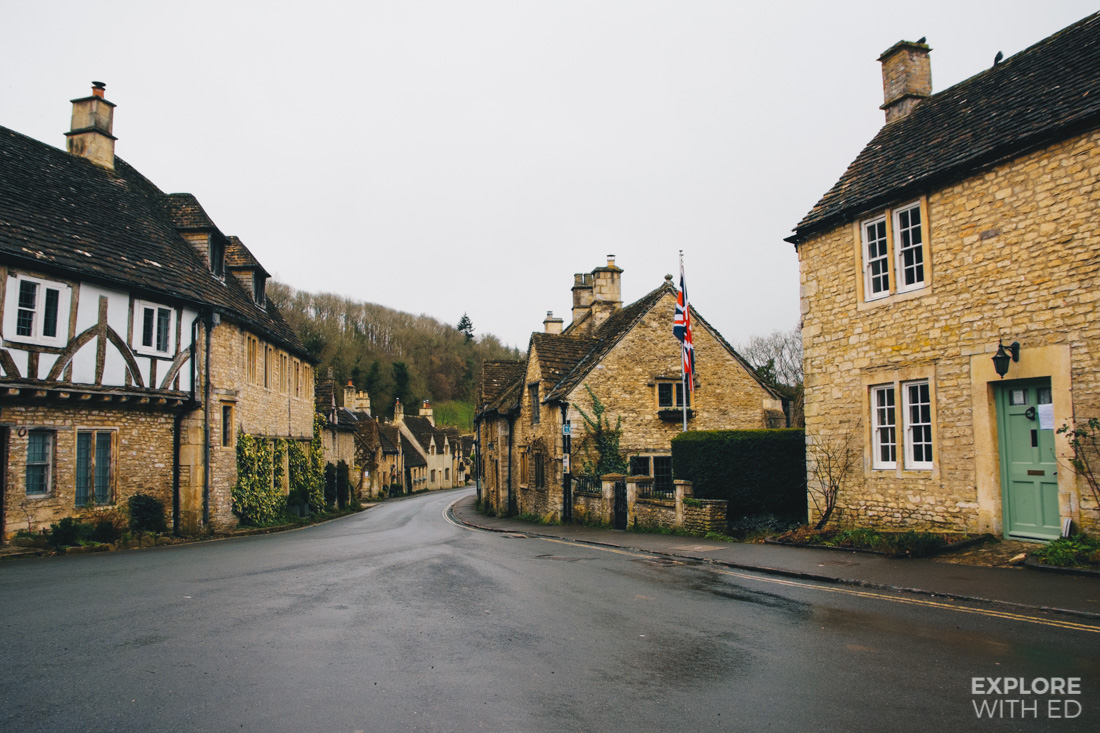 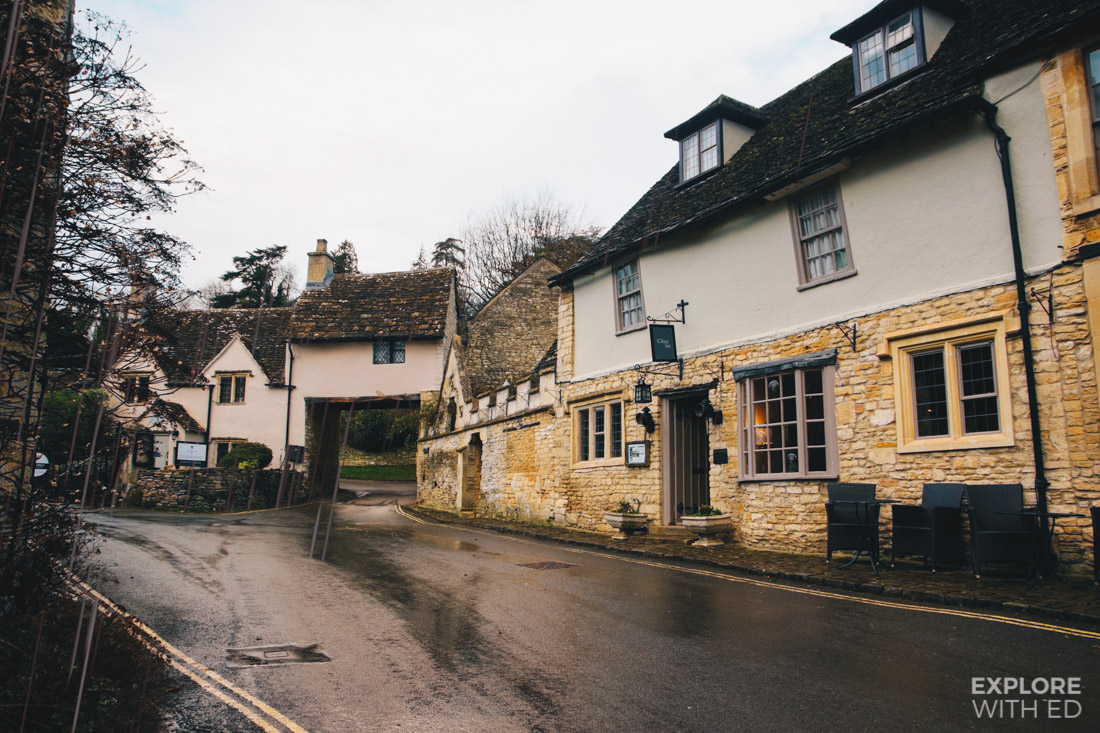 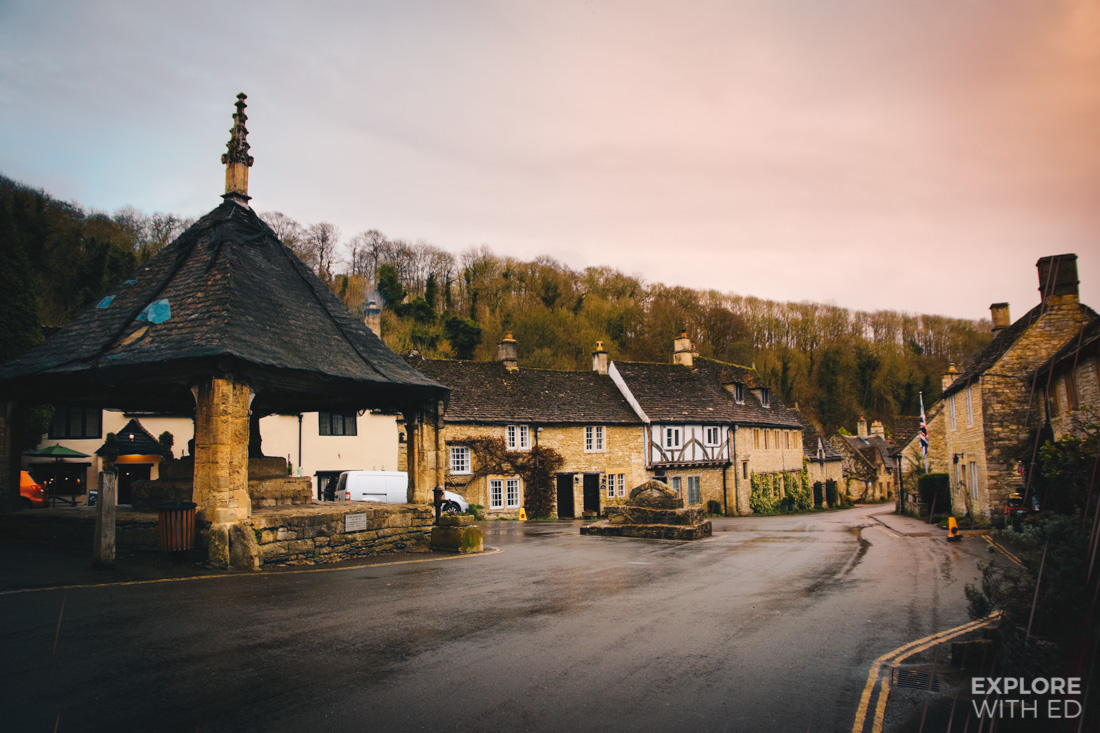 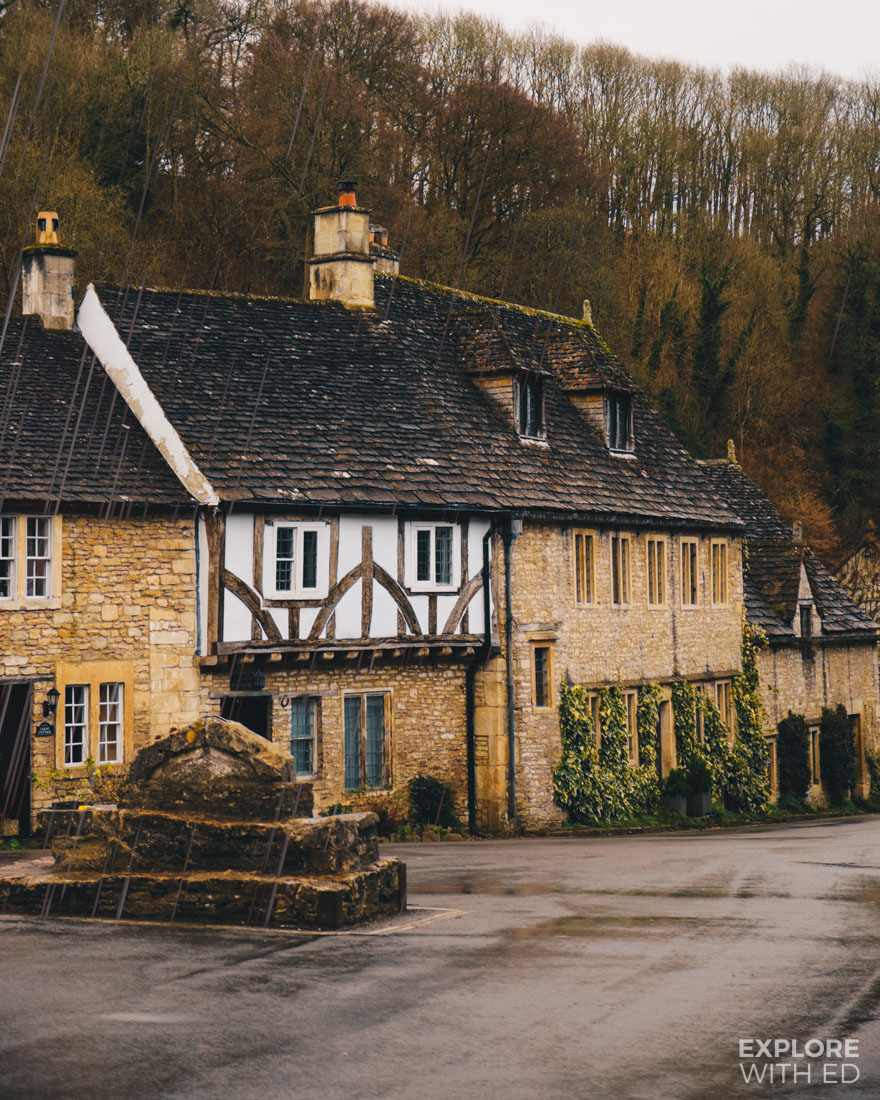 On a dry and sunny day you may like the idea of lazing by the river and picking up drinks and snacks from a honesty stall, an unmanned tuck shop on a local residents door step. If, however, you visit on a rainy day then warming up next to a log fire with a bowl of homemade soup is as cosy as it gets. 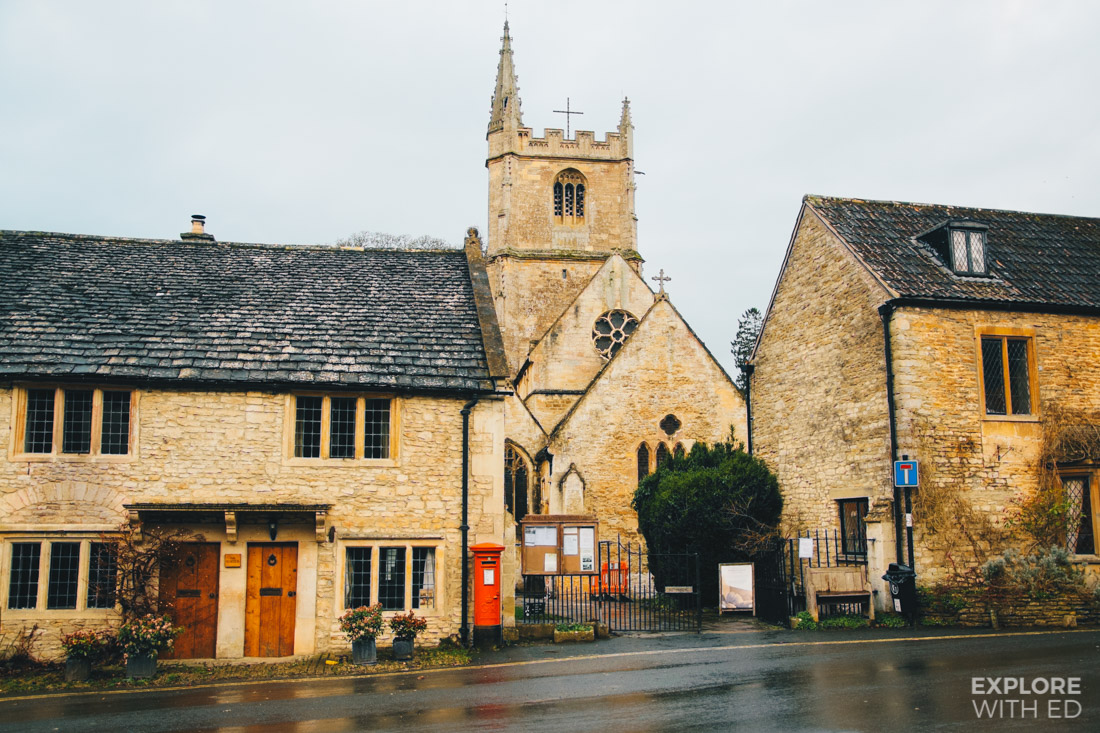 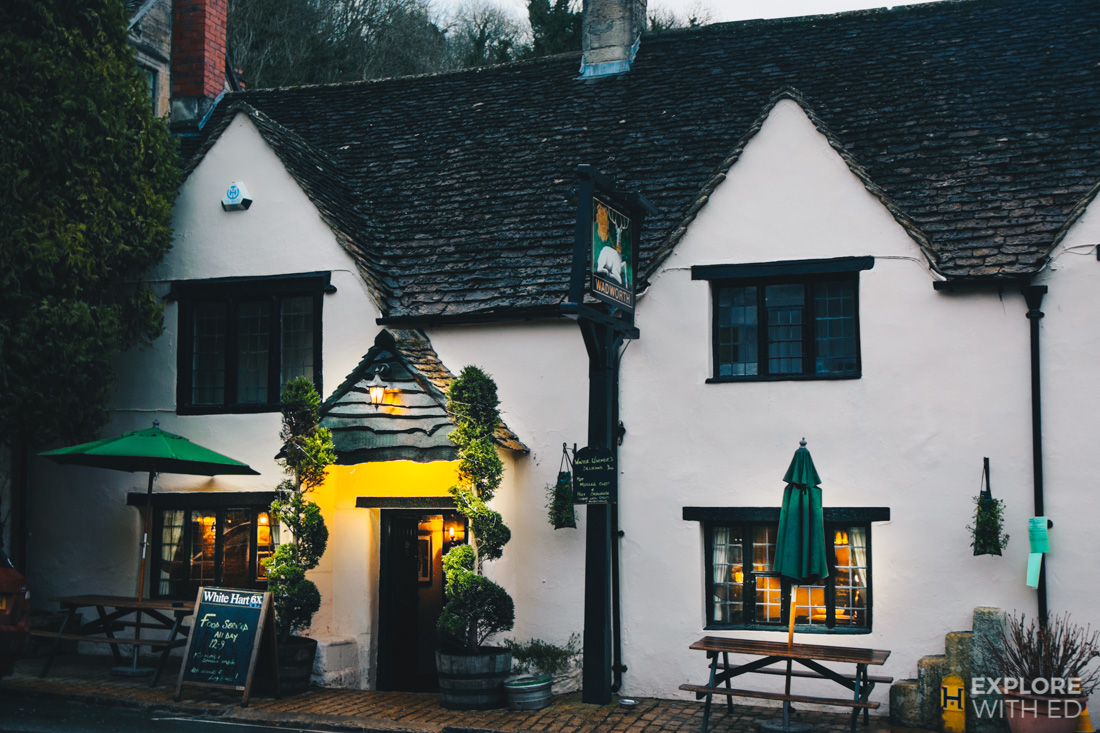 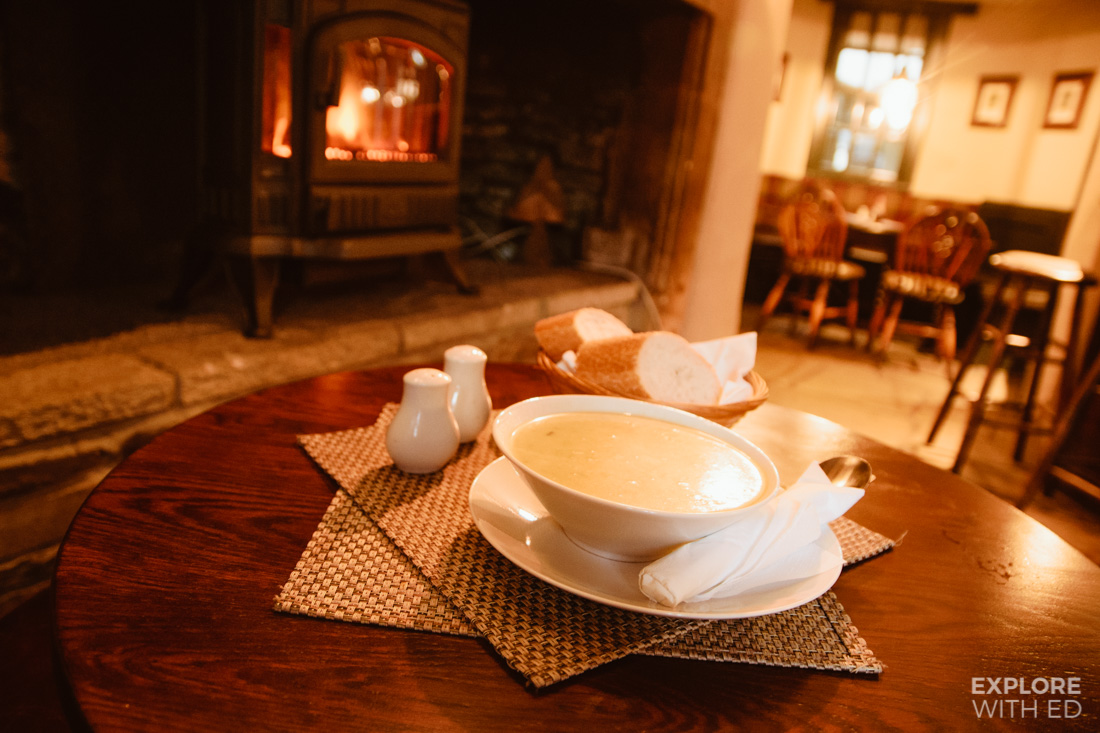 Leek and potato soup at The White Hart, Castle Combe 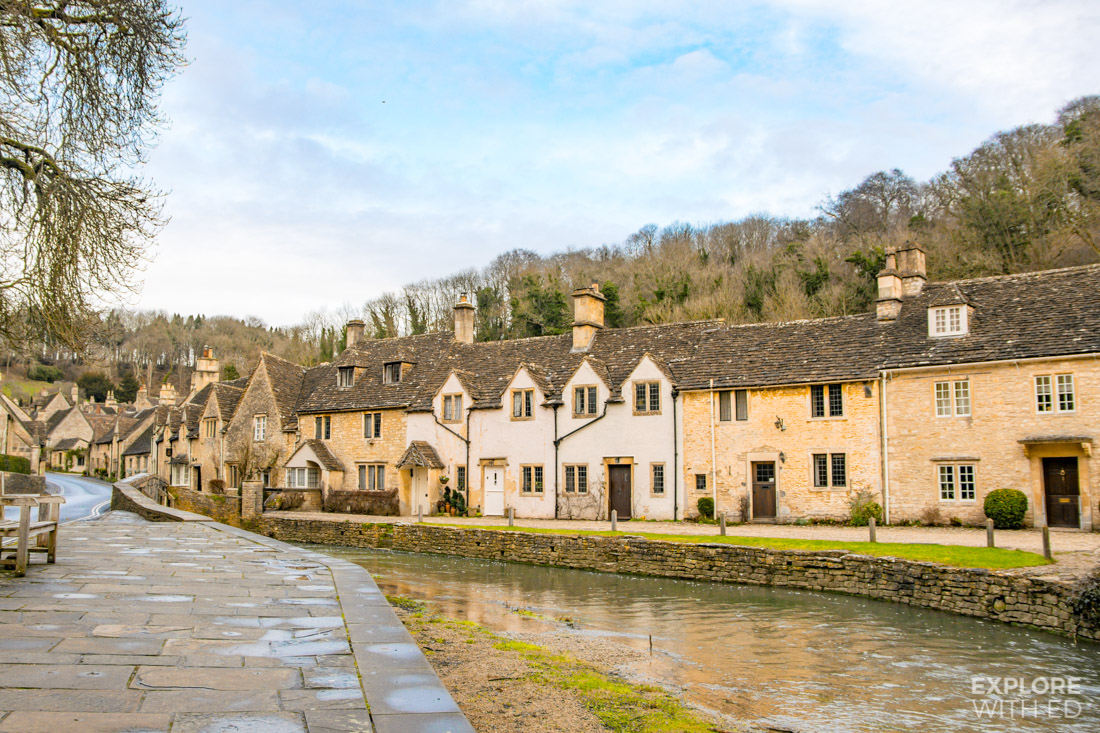 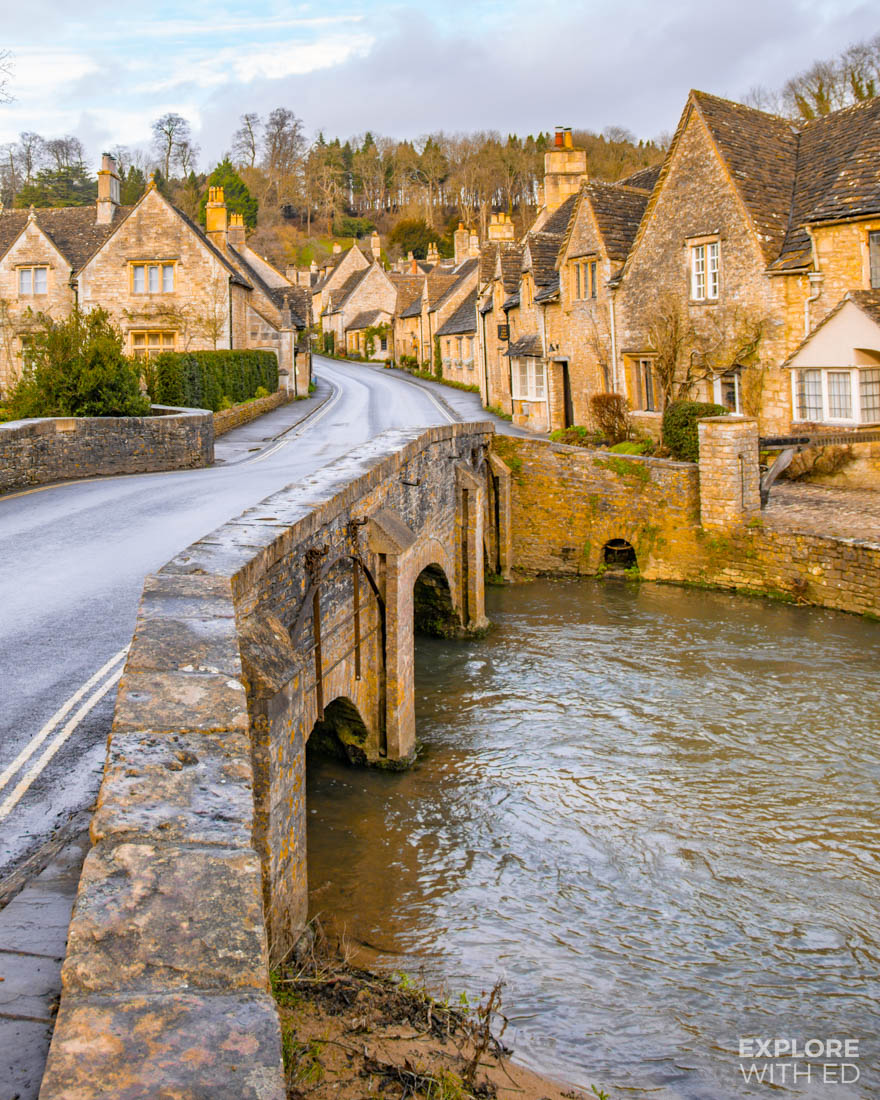 Have you been to Castle Combe or The Cotswolds? Do you think there’s a place that’s just or perhaps even more pretty? Let me know!