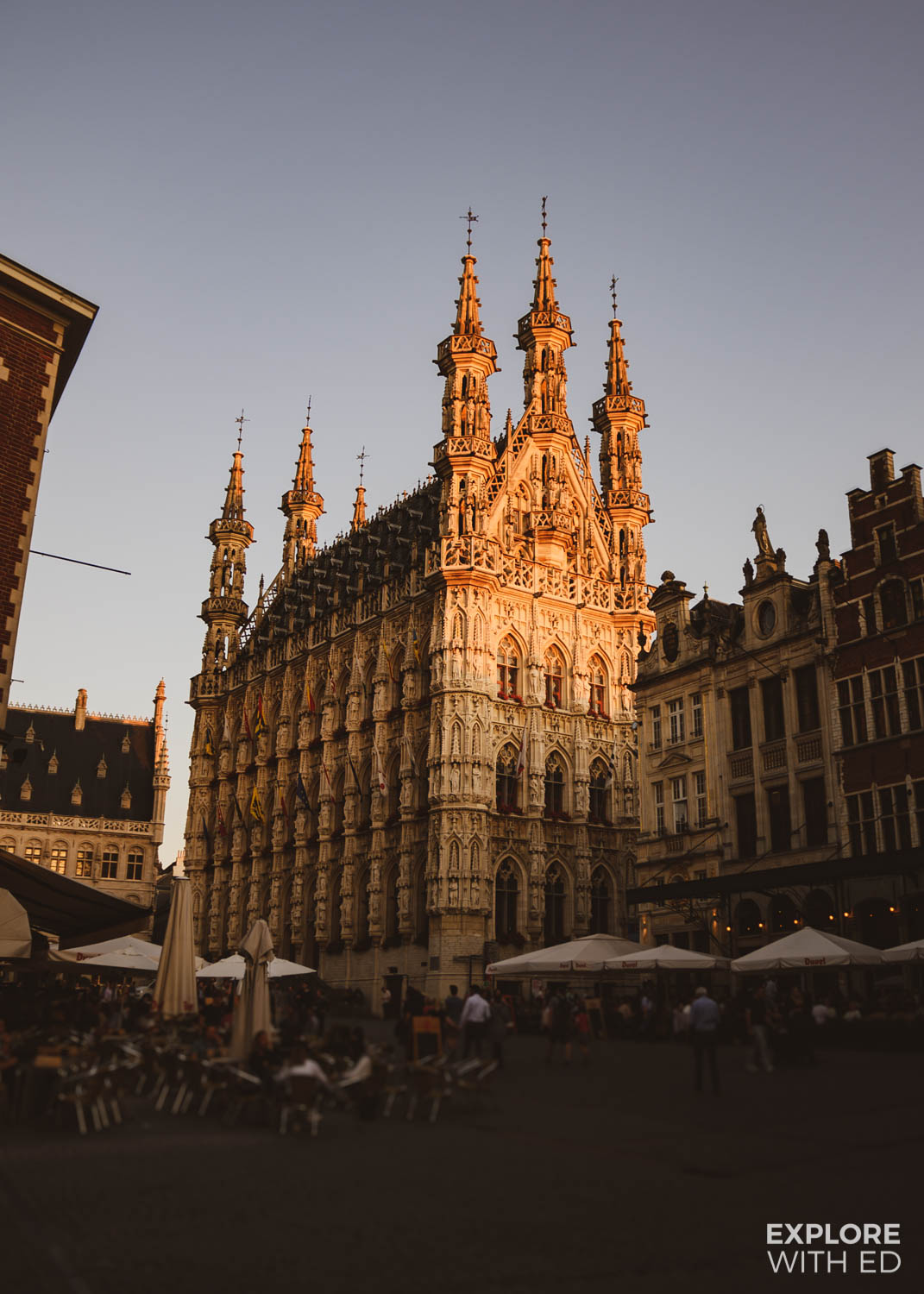 ‘Visiting the top historical sites in Leuven’ – Explore With Ed’s experience in Leuven was funded and arranged by Visit Flanders, allowing me to create this (hopefully very useful 😉) guide, all opinions are my own. 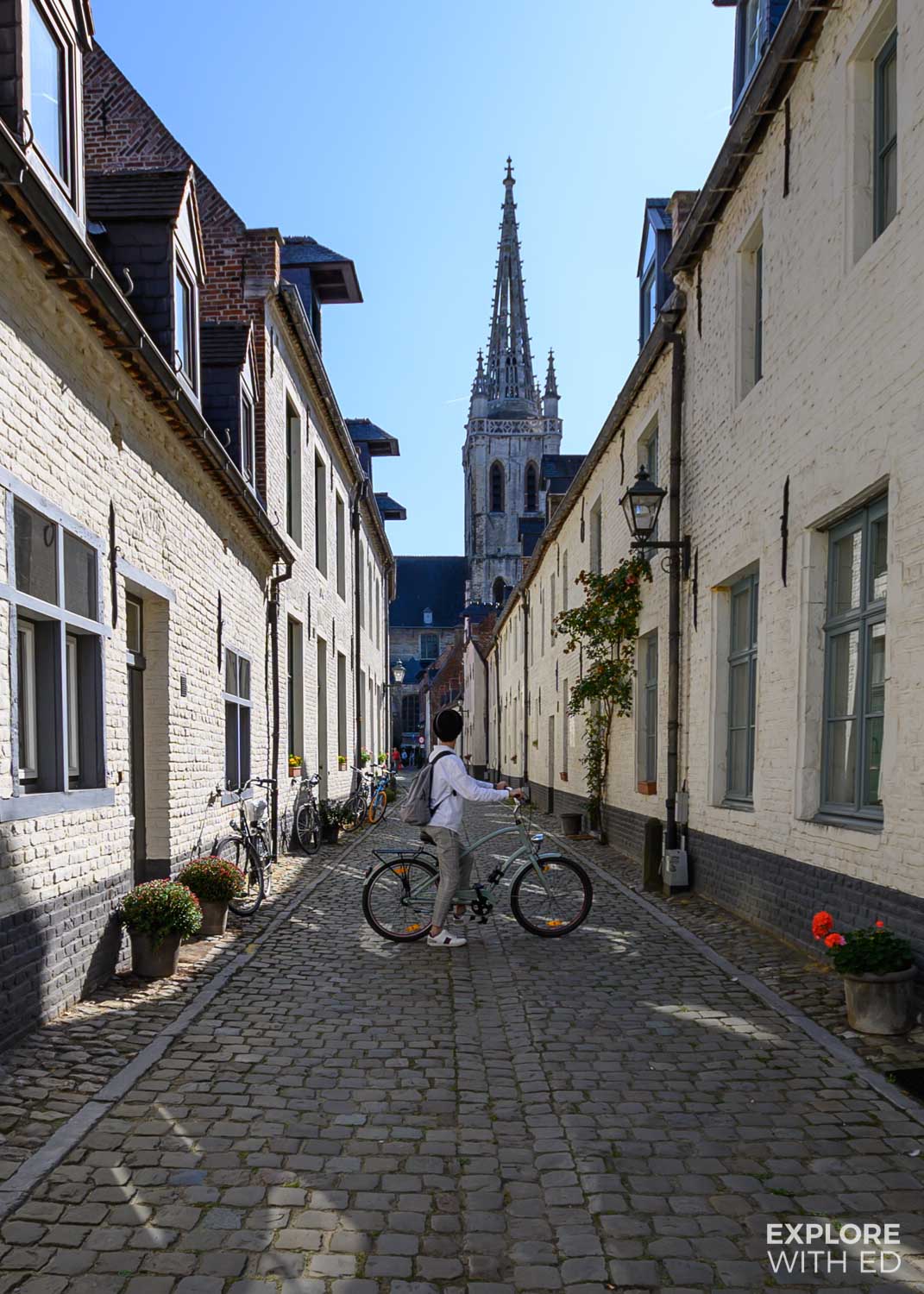 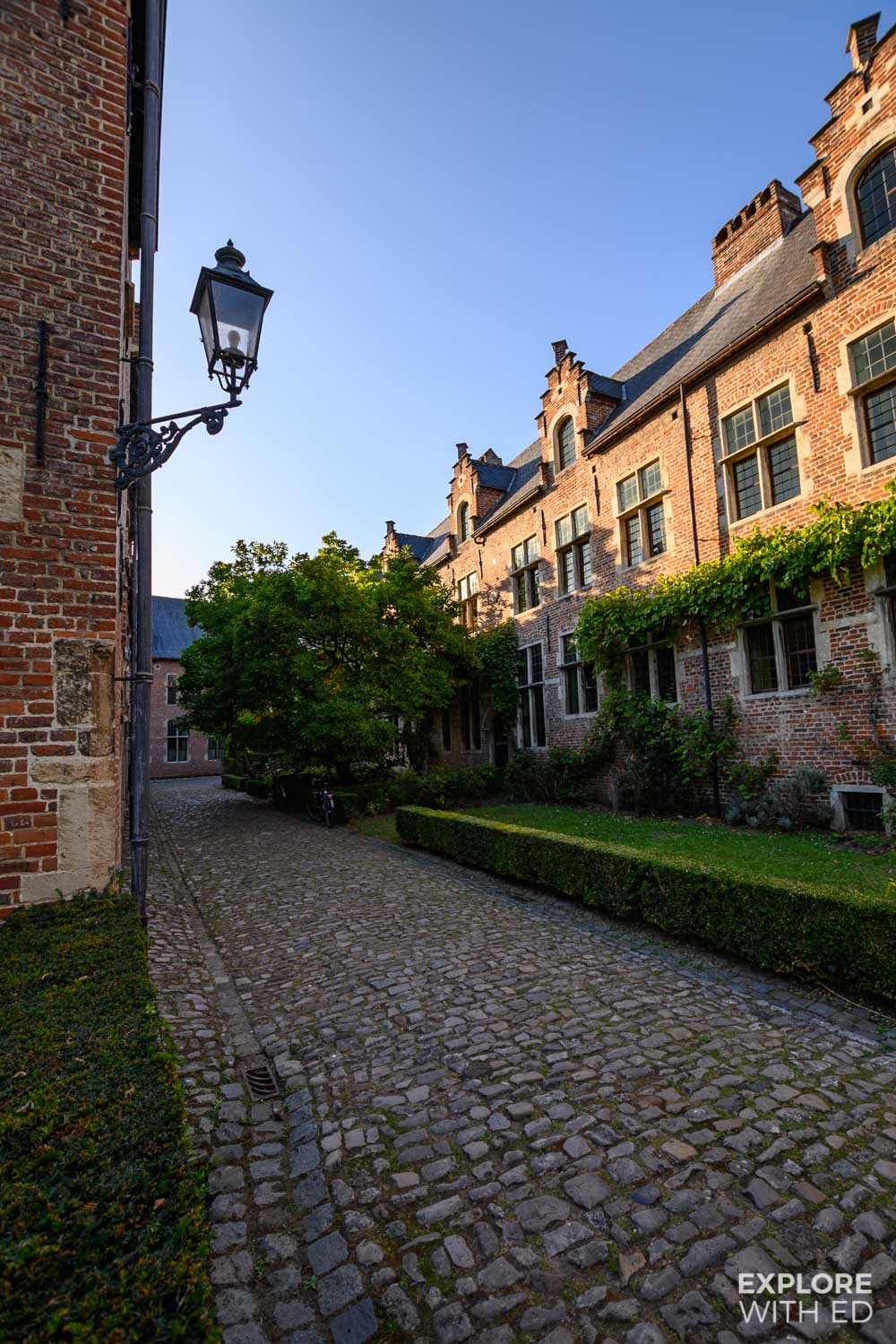 Travelling to Leuven, Belgium on the Eurostar

Getting to Leuven from London on the Eurostar is simple, with a total journey time of around 3 hours. The Eurostar train ticket via Brussels is for any Belgian station, meaning you can enjoy a city break in places like Bruges, Ghent or Leuven with one change at Bruxelles-Midi (Brussels South) station.
There’s also a train station at Brussels Airport with a direct service to Leuven for those travelling from further afield. 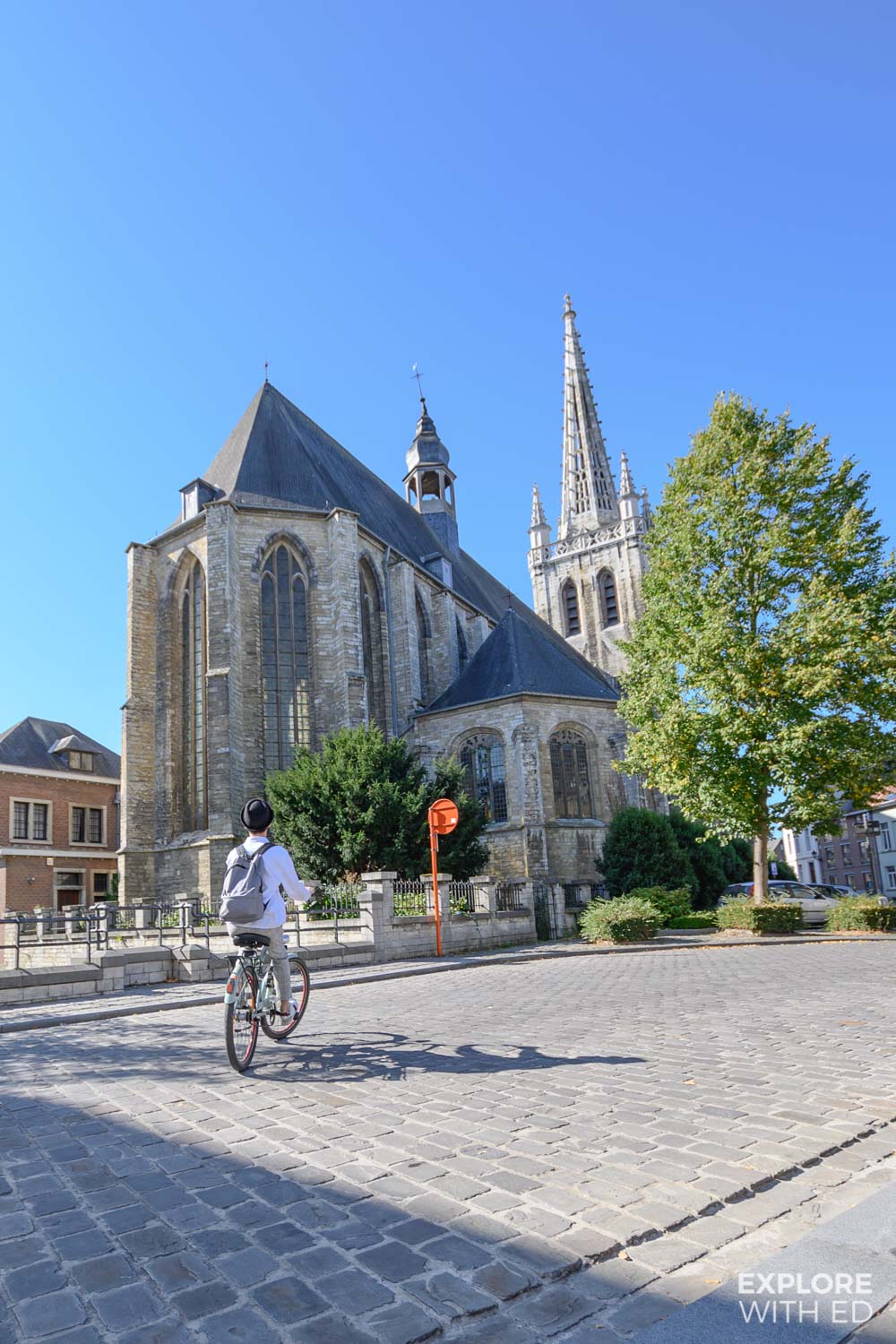 You’ve probably heard of old University cities like Oxford, Cambridge and Bologna (the world’s oldest), well Leuven’s Catholic University has an extensive history too, it was established in 1425 and has buildings dotted all over the city.

Related: Visiting three of England’s treasures in one day 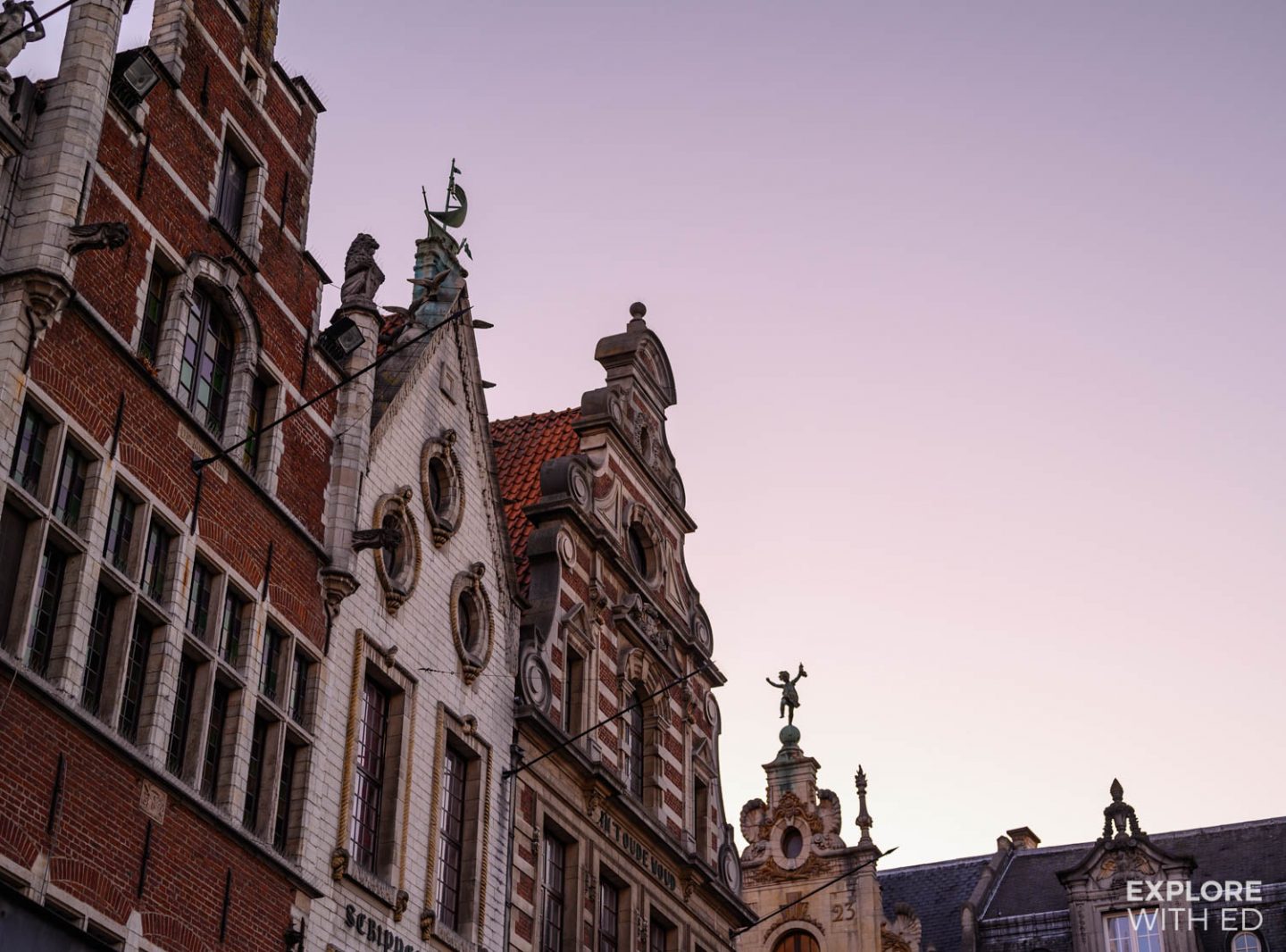 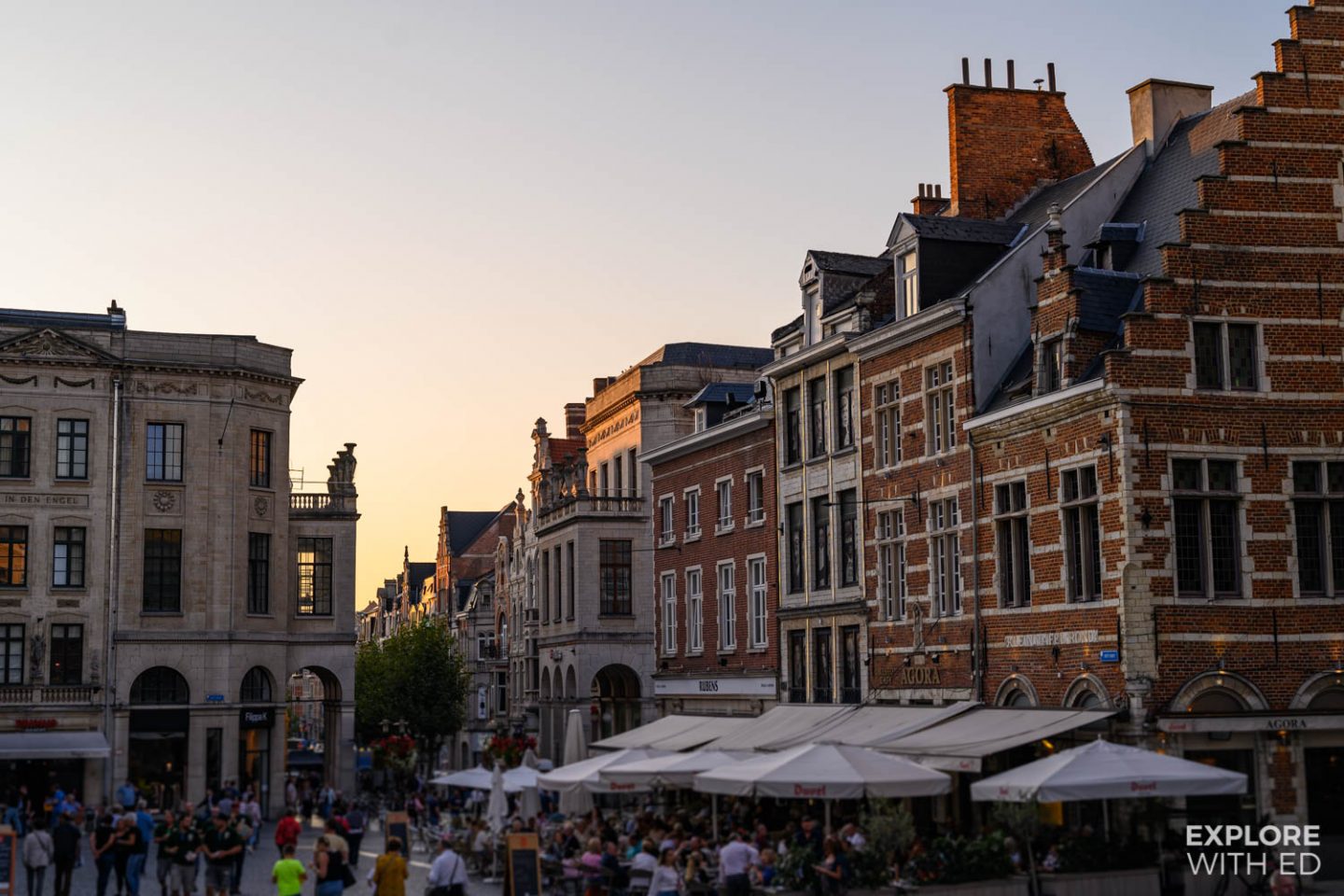 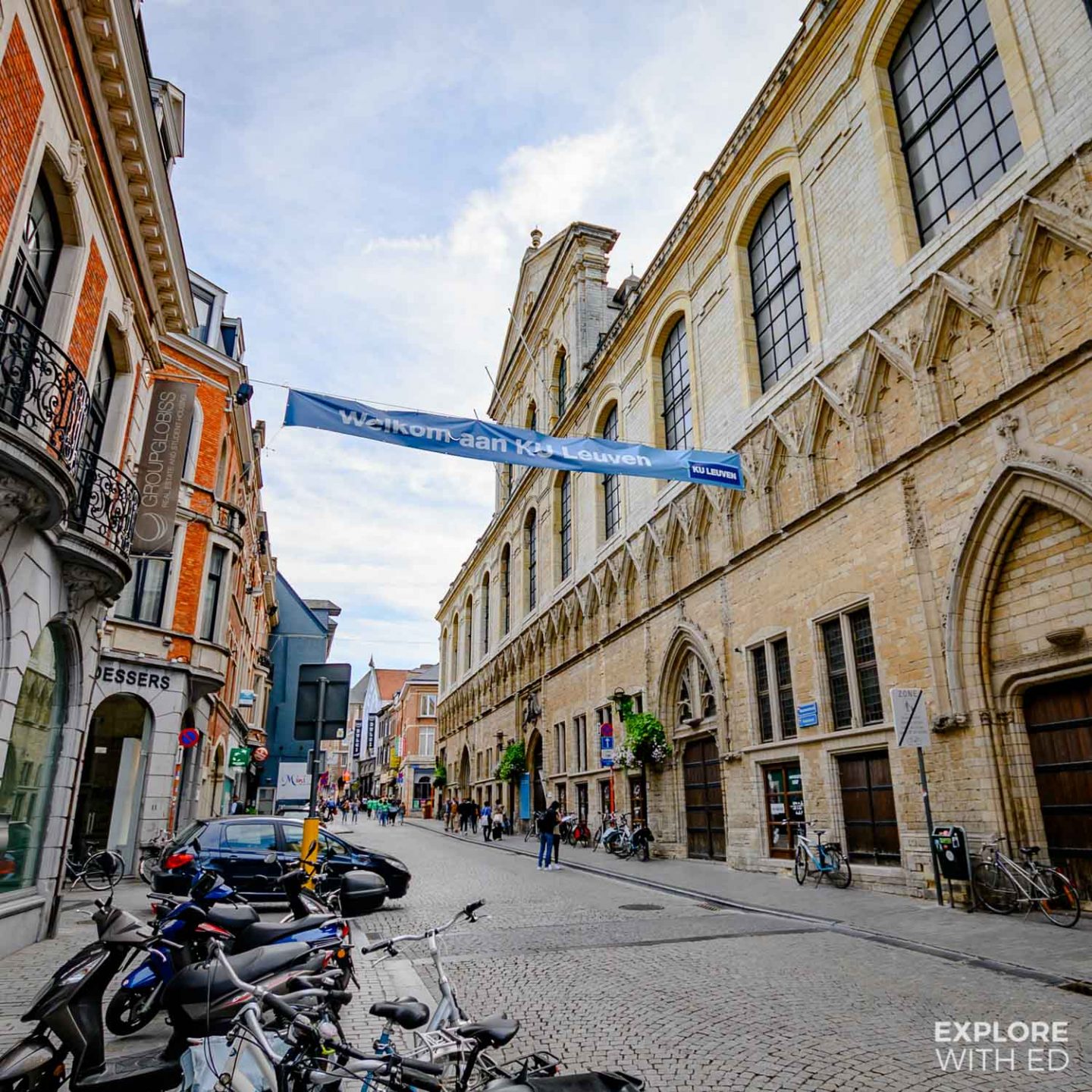 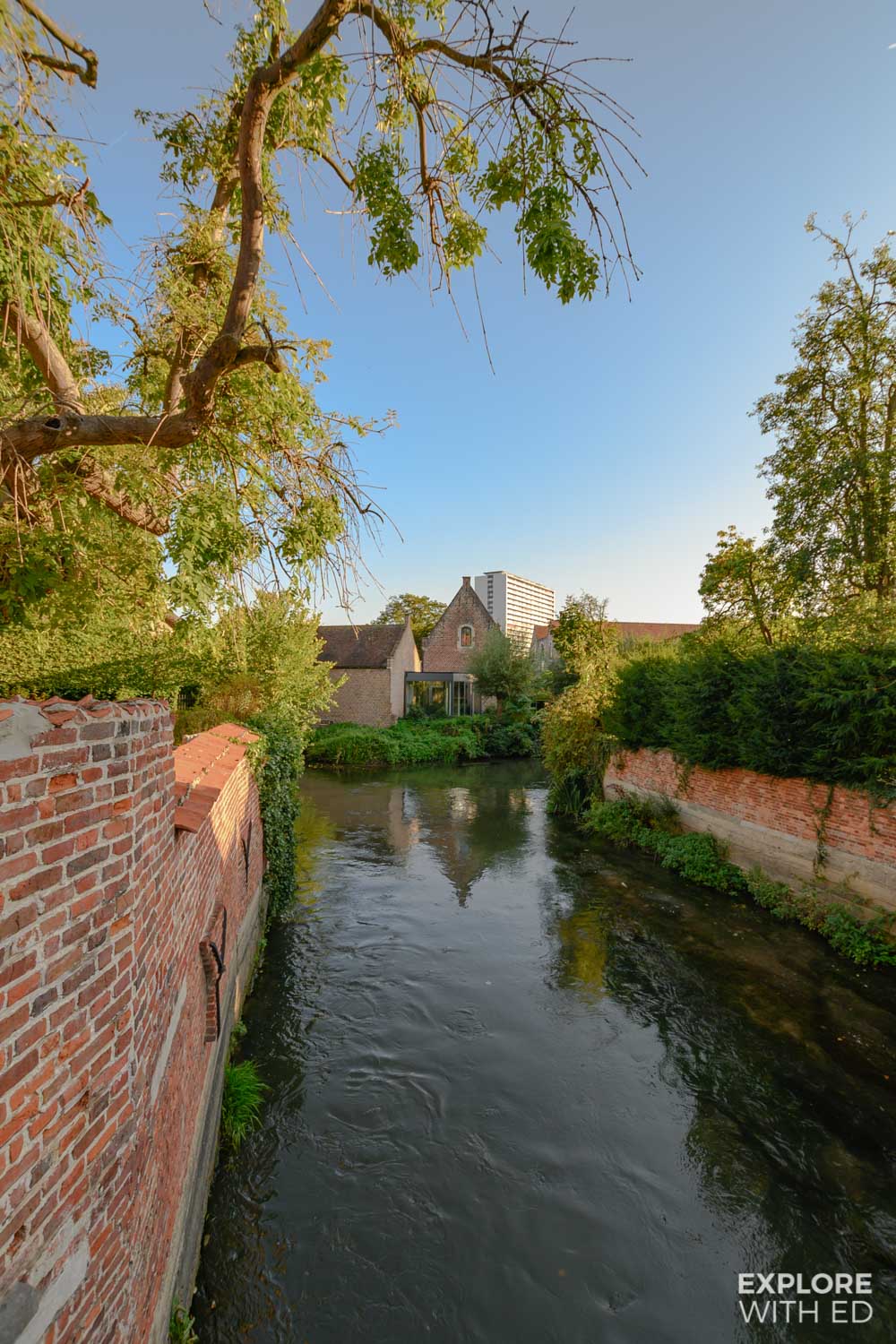 Leuven is also well known for its breweries (Stella Artois) and Oude Markt square is referred to as ‘the longest Bar in Europe’. There are pockets of tranquility to be found in the form of gardens, Abbey’s and Leuven’s Great Beguinage.
Many of the Dutch speaking community breeze along the cobbled streets by bicycle, and getting around the sights on two wheels proved a real time saver – and a lot of fun.

Leuven’s standout landmark is the gothic Town Hall, right in the city centre. Built to rival the beauty of Brussel’s own hall, Leuven’s took three architects and thirty years to complete with two hundred and thirty six statues, added to the facade in 1850. 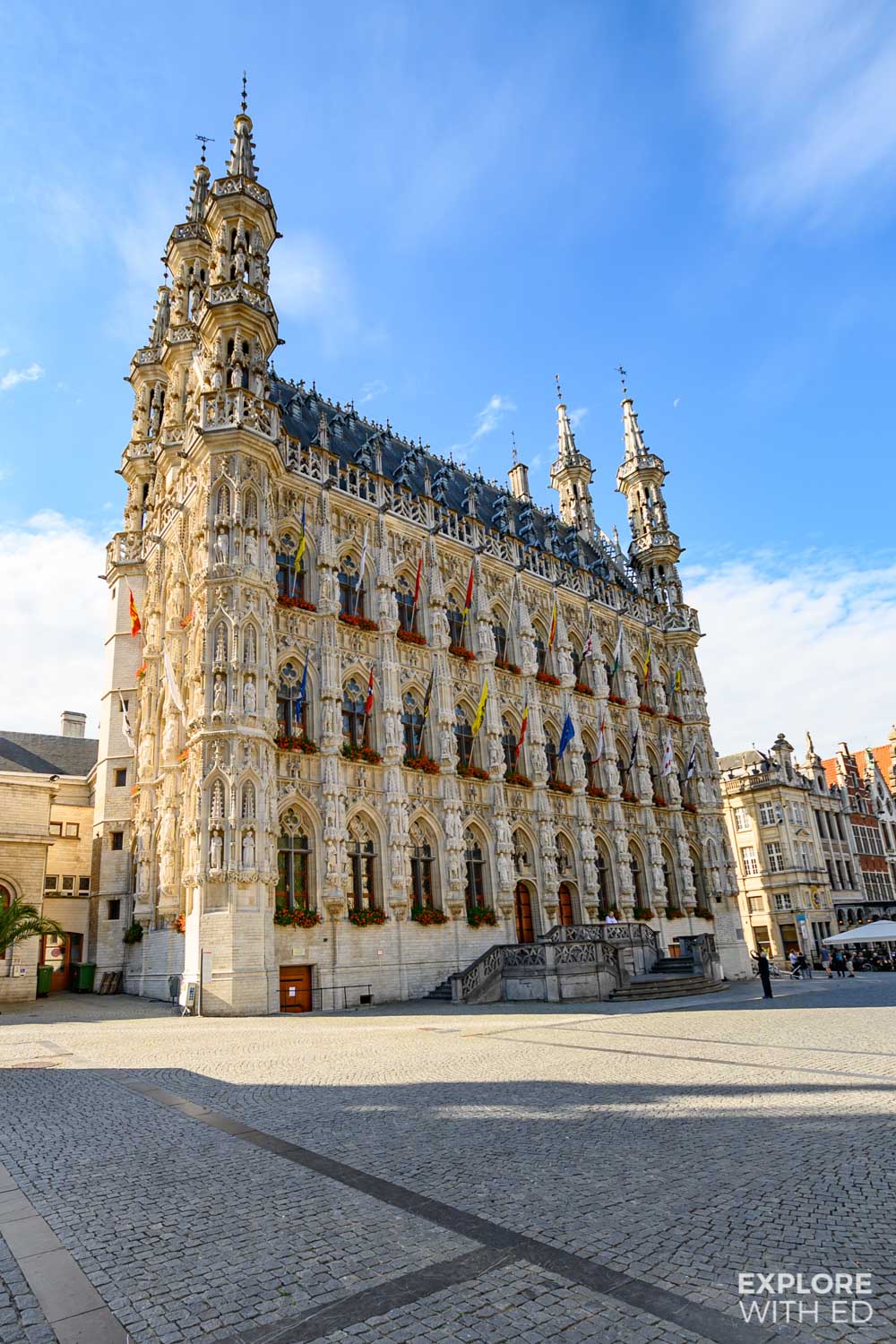 You can join a guided tour of Leuven’s Town Hall interior (used today for Weddings and ceremonies) which introduces you to the country’s turbulent origins – becoming a small independent nation in the 1830’s with (now) six governments for Belgium’s population of eleven and a half million inhabitants.

Leuven has a quirky tradition ‘Dates of Leuven’ (Jaartallen Leuven) which brings together men who share the same birth year from the age of forty. You can find out more in the cellar of Leuven Town Hall, typically open every third Saturday of the month. 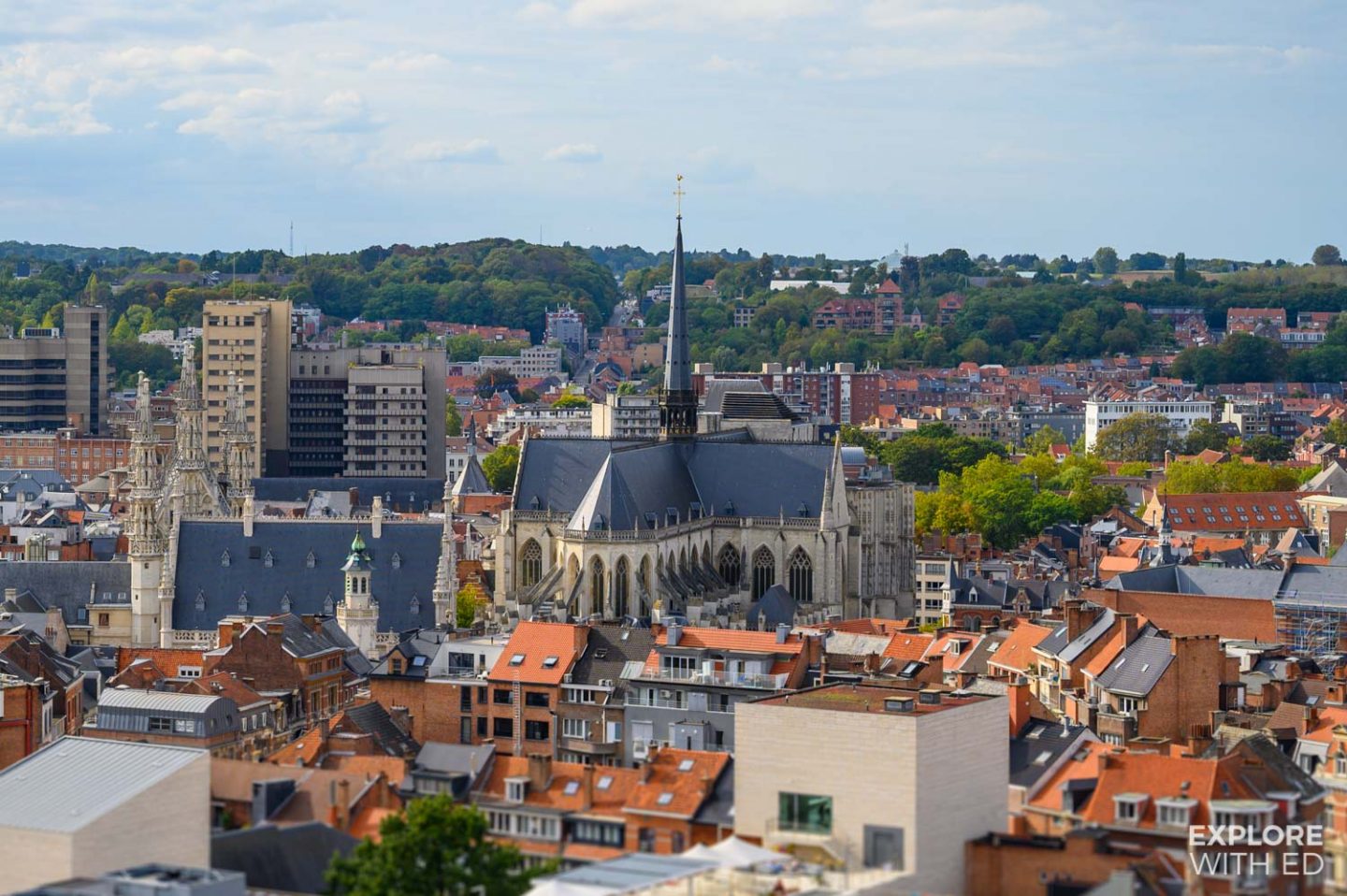 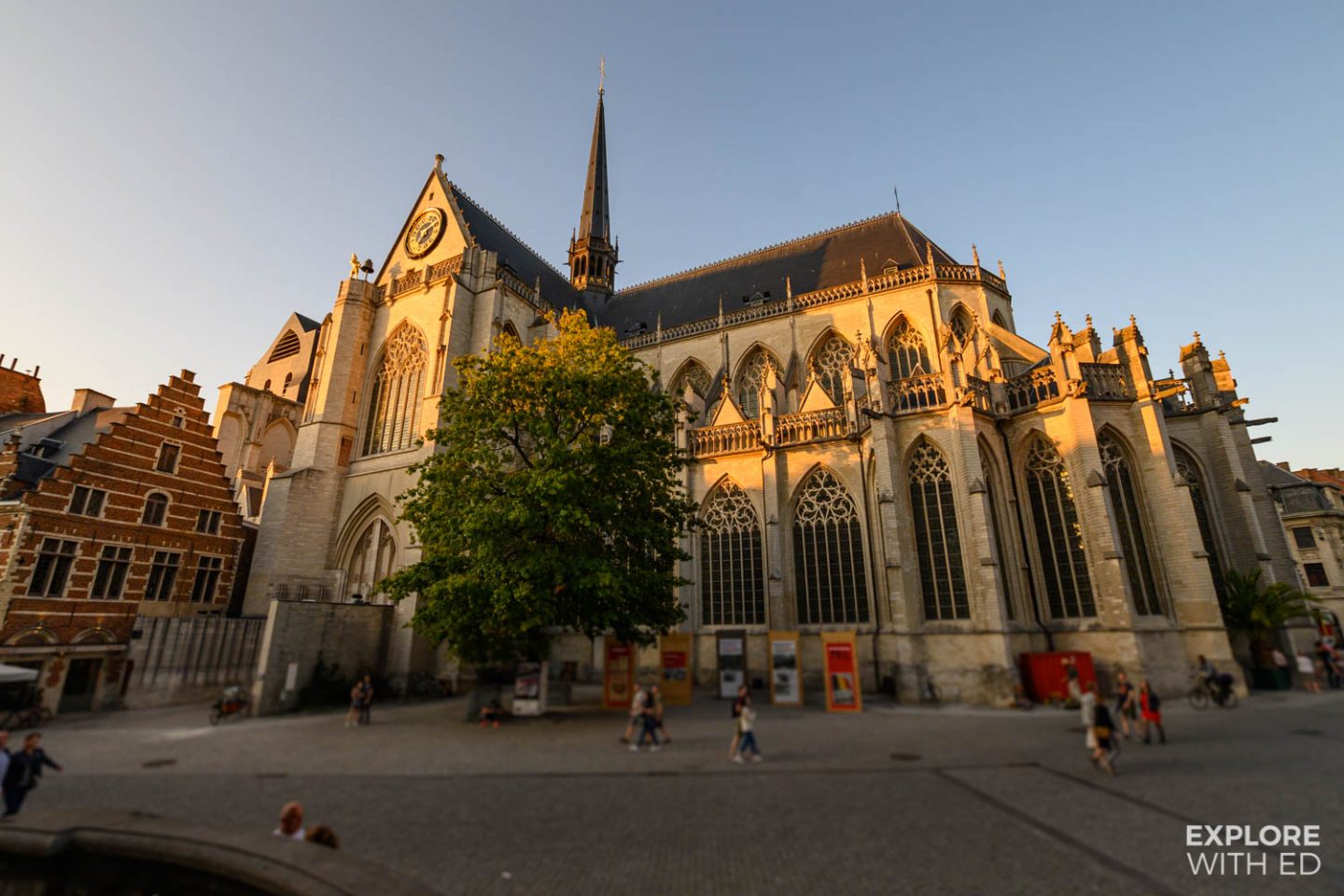 Perhaps the prettiest historical site in Leuven (beyond the Town Hall) is The Great Beguinage, ‘a village within the city’ that you’ll enter through an archway. It’s like Belgium’s answer to the English Cotswolds containing quaint houses and convents that date back to the 13th and 17th century. Today it’s owned by the University and many students reside here during the term time.

Related: How to plan the most amazing trip to Amsterdam 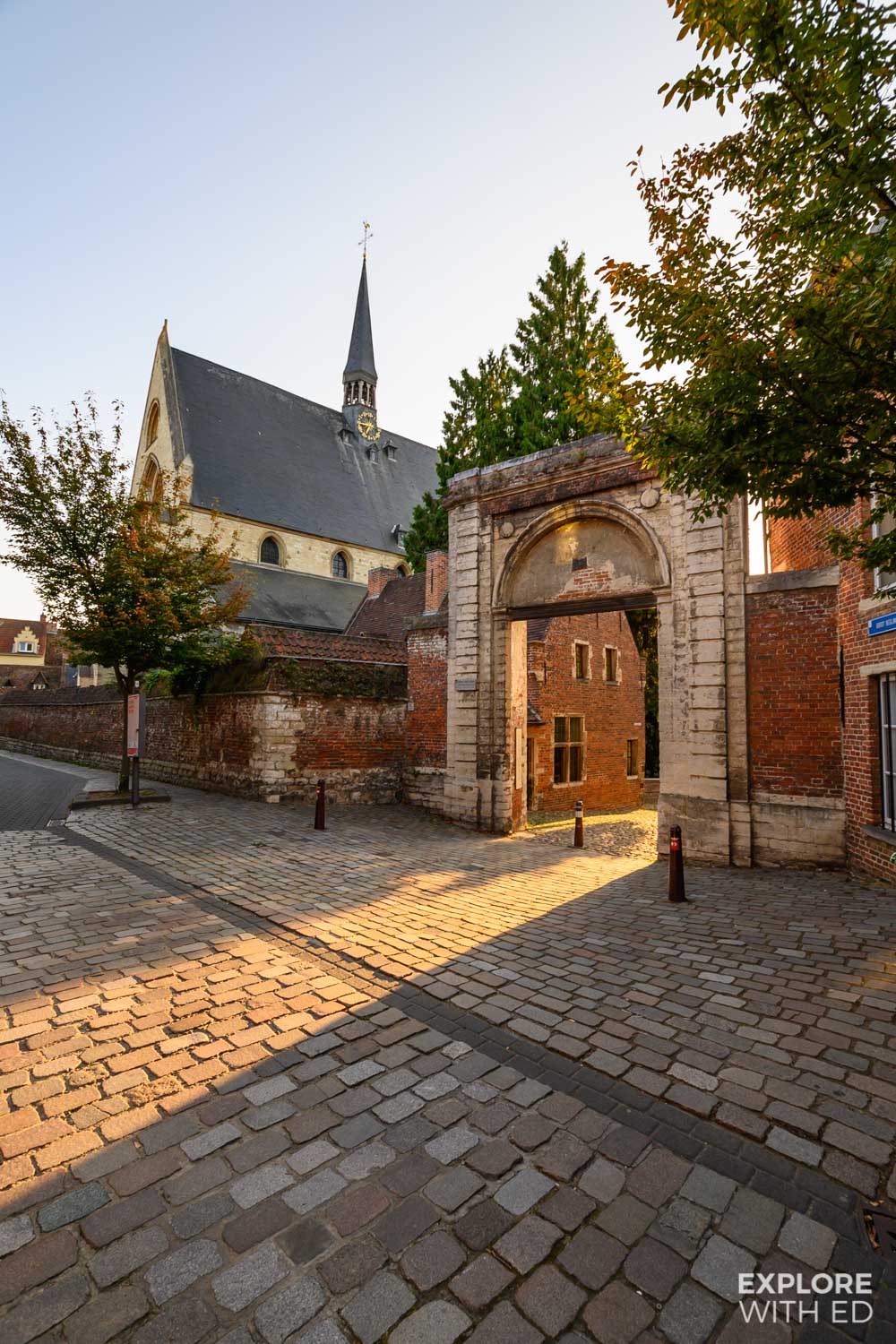 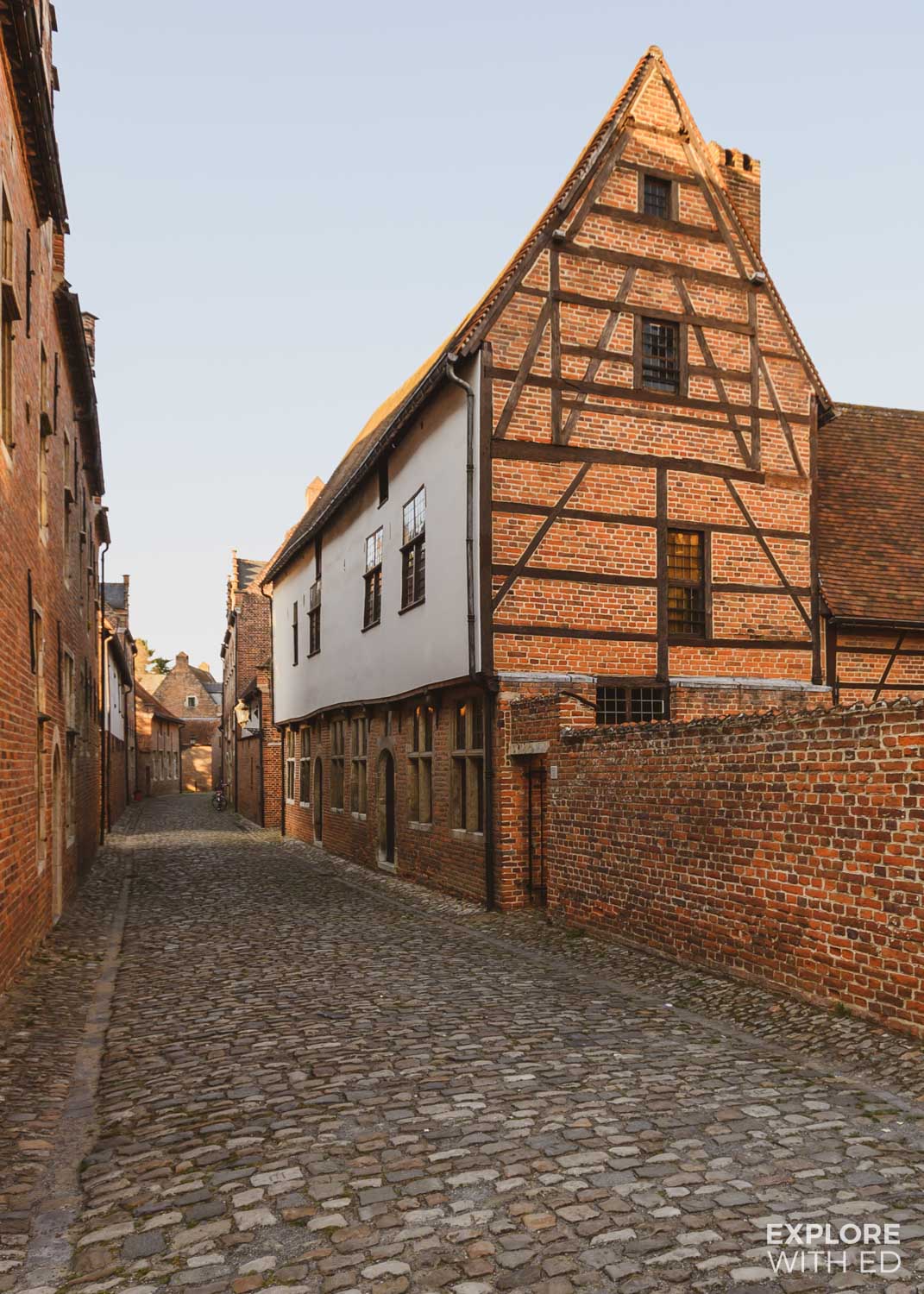 The University Library and Tower, Leuven

For the best view of Leuven’s city centre, head to the top of the University library bell tower, there’s a lot of steps but a few breaks in between. The library, like the University Hall, was impacted greatly during the World War’s and the University lost hundred’s of thousands of books in the fires. 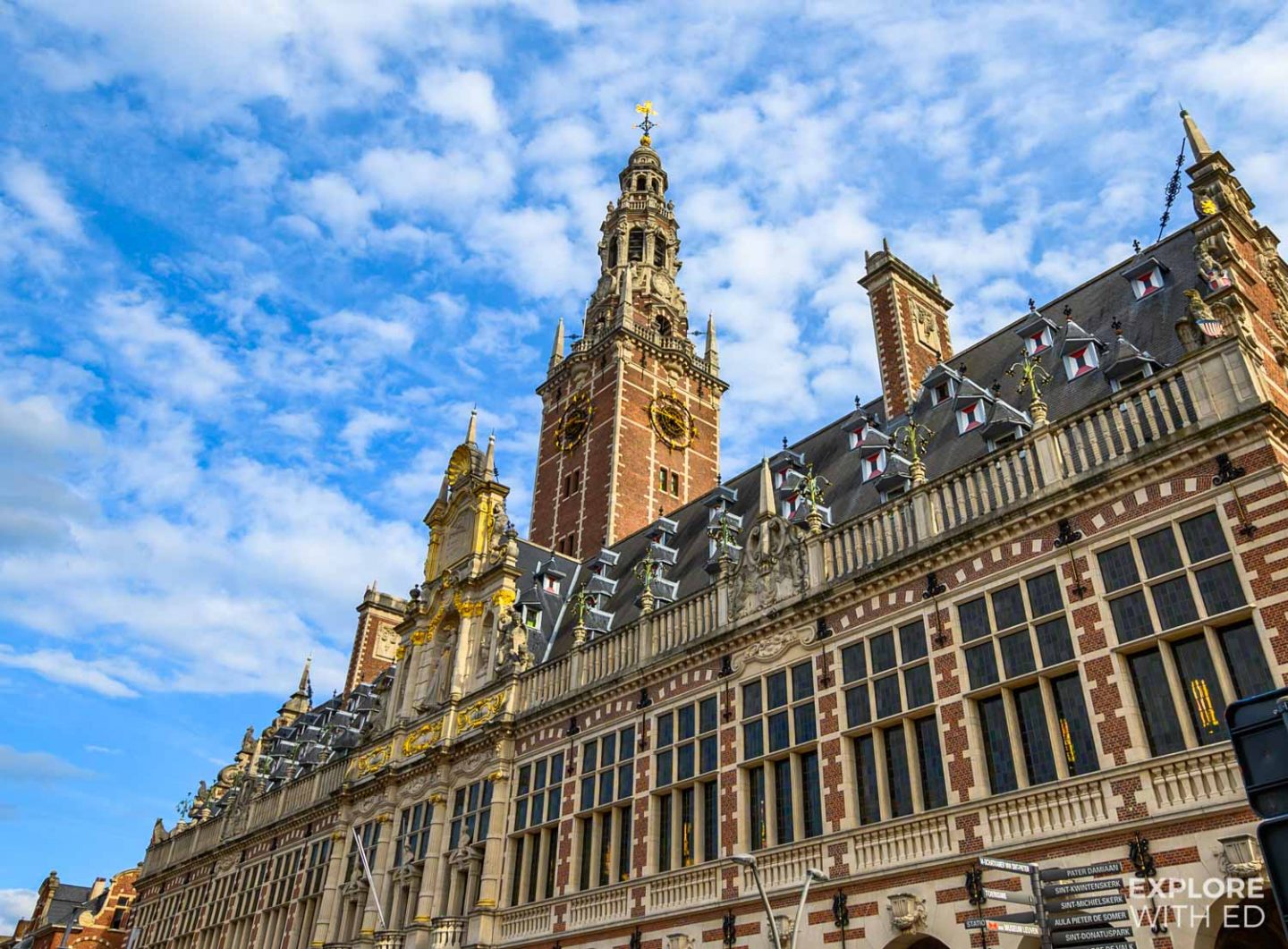 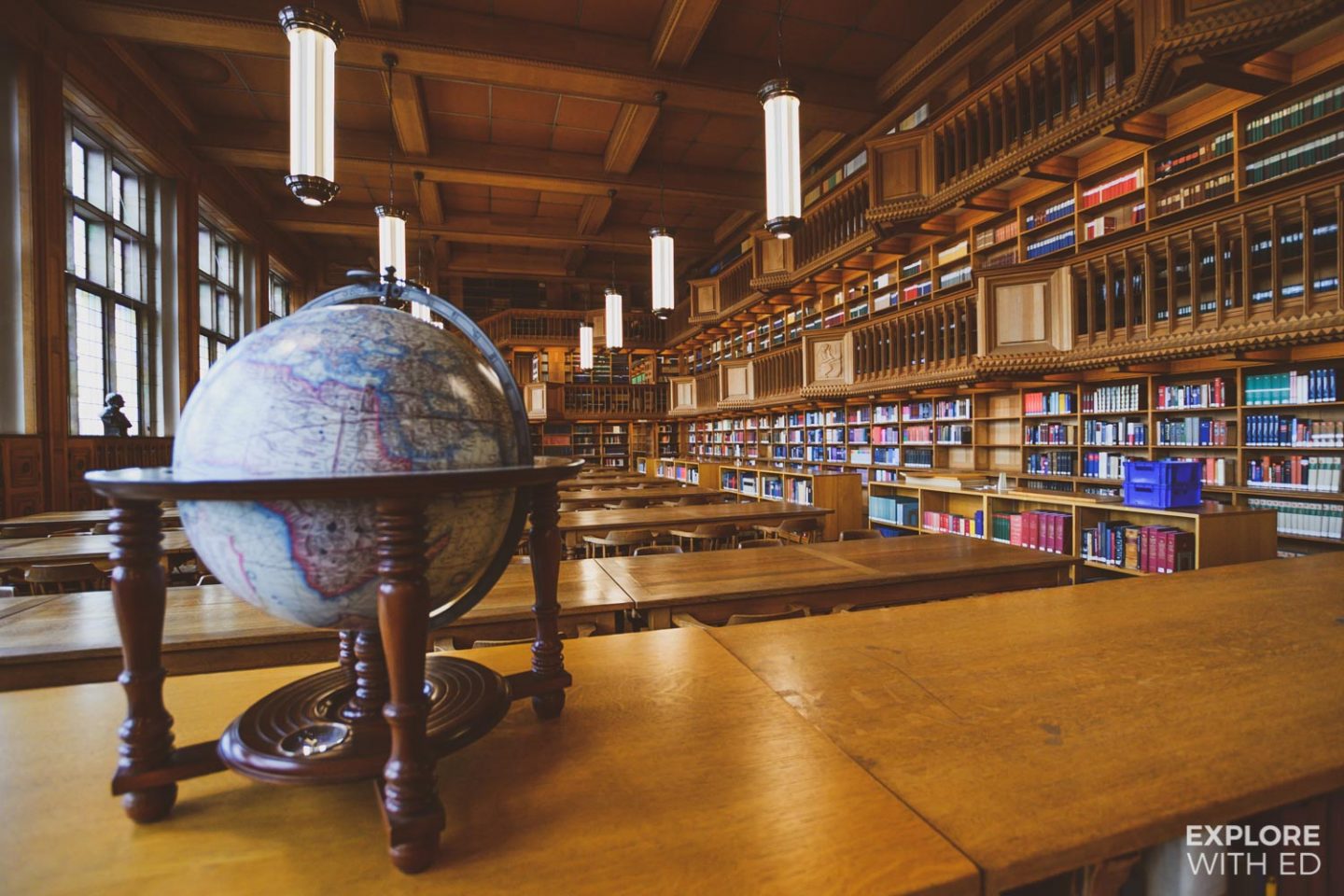 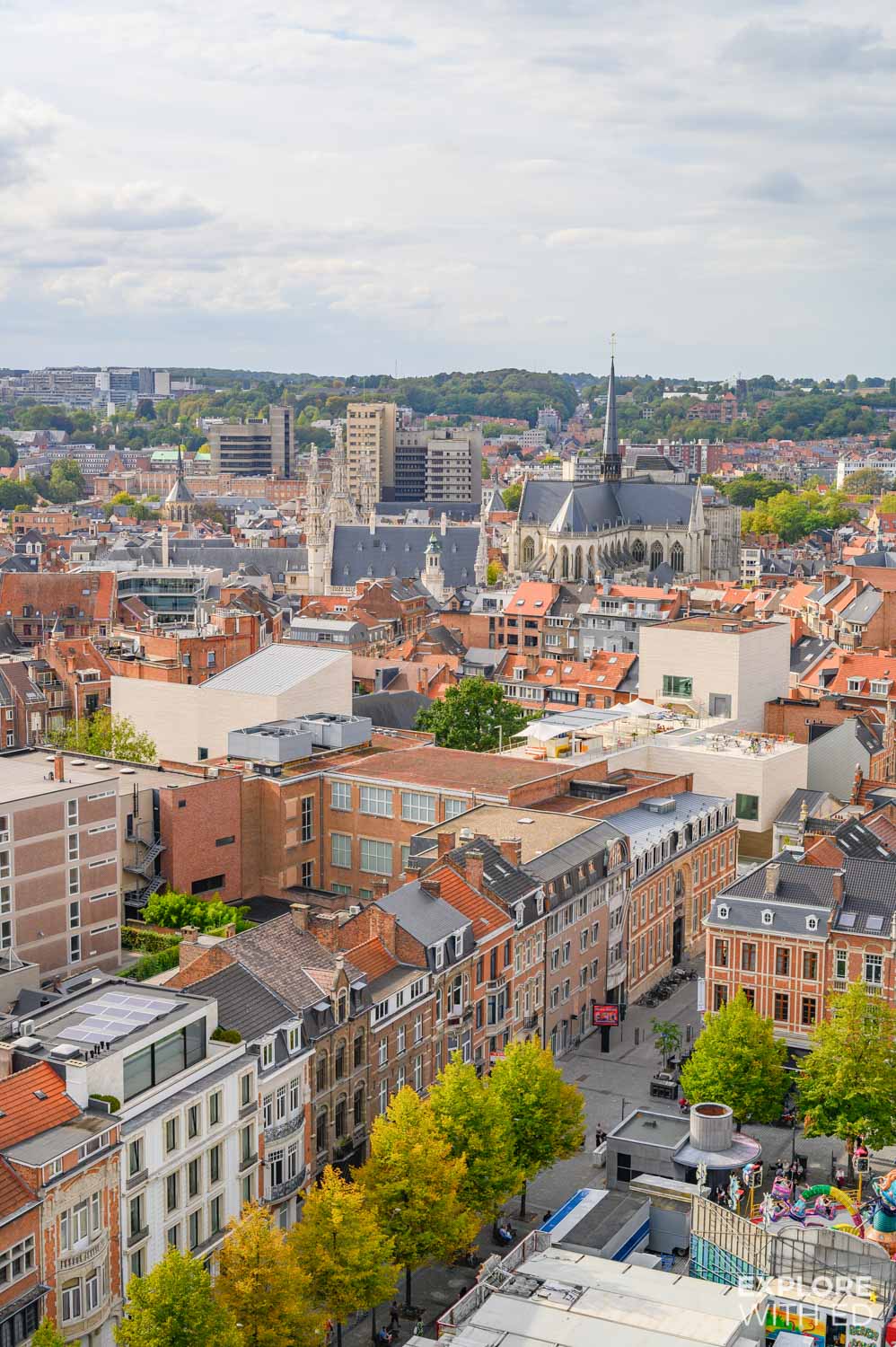 A bicycle ride along the city fringes takes you through some of the parks and gardens of Leuven, such as Keizersberg Abbey (with a hilltop view of Leuven) and Park Abbey. 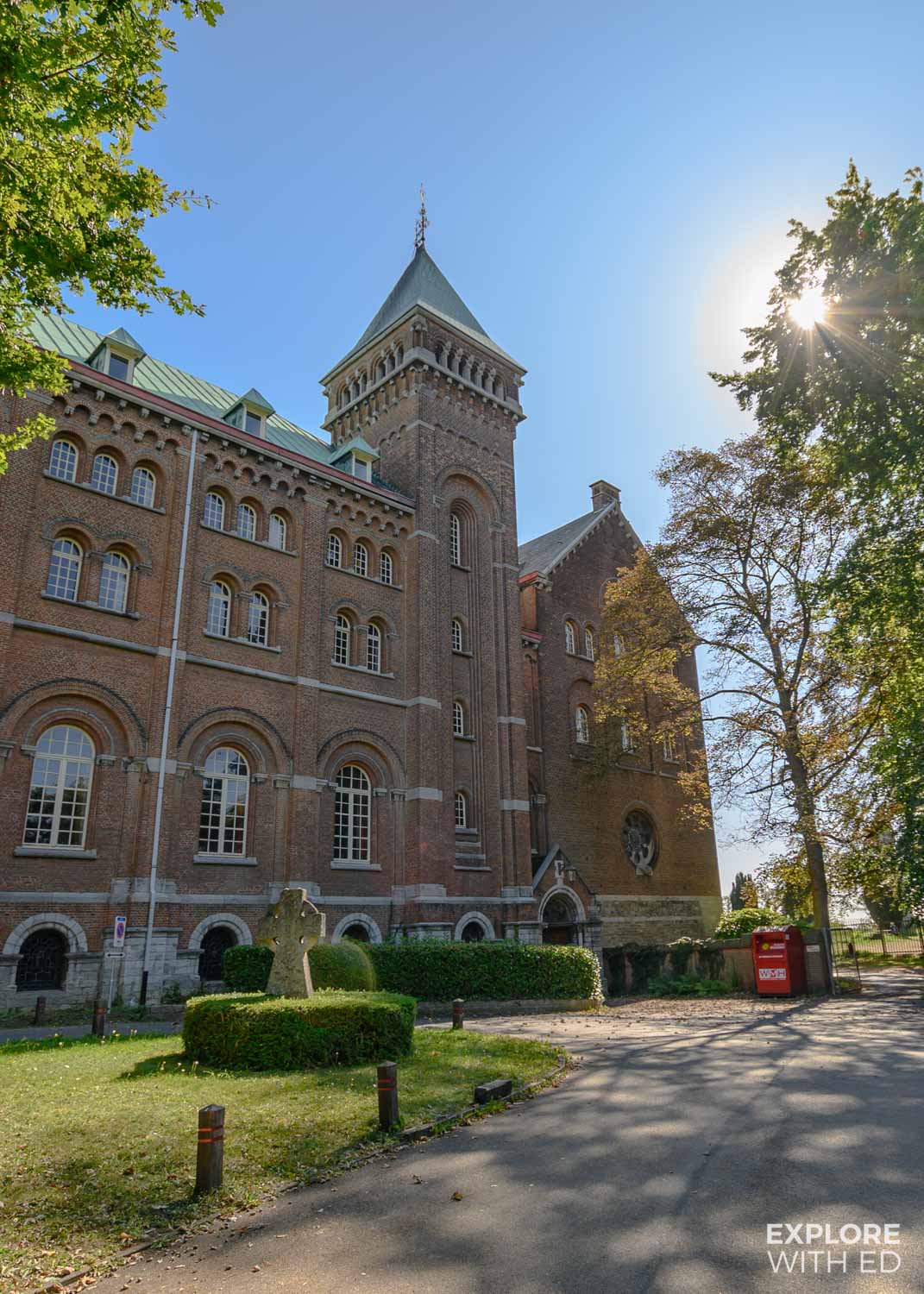 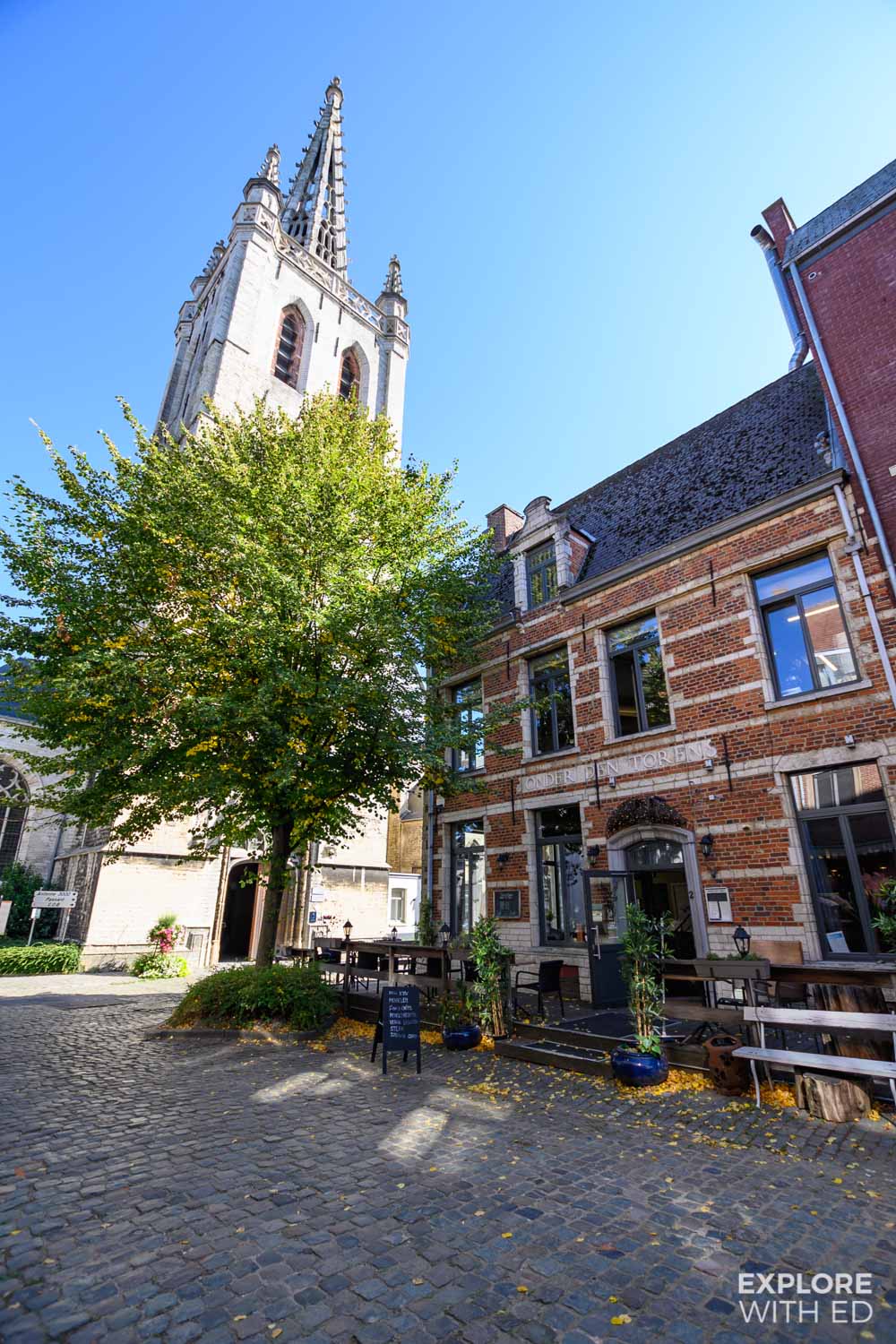 Designed by a top Belgian-Architect, the M-Museum in Leuven is a vast building containing both old and contemporary works of art. You can purchase an ILUVLeuven ticket which gives you entry to some of these top historic sites in Leuven. 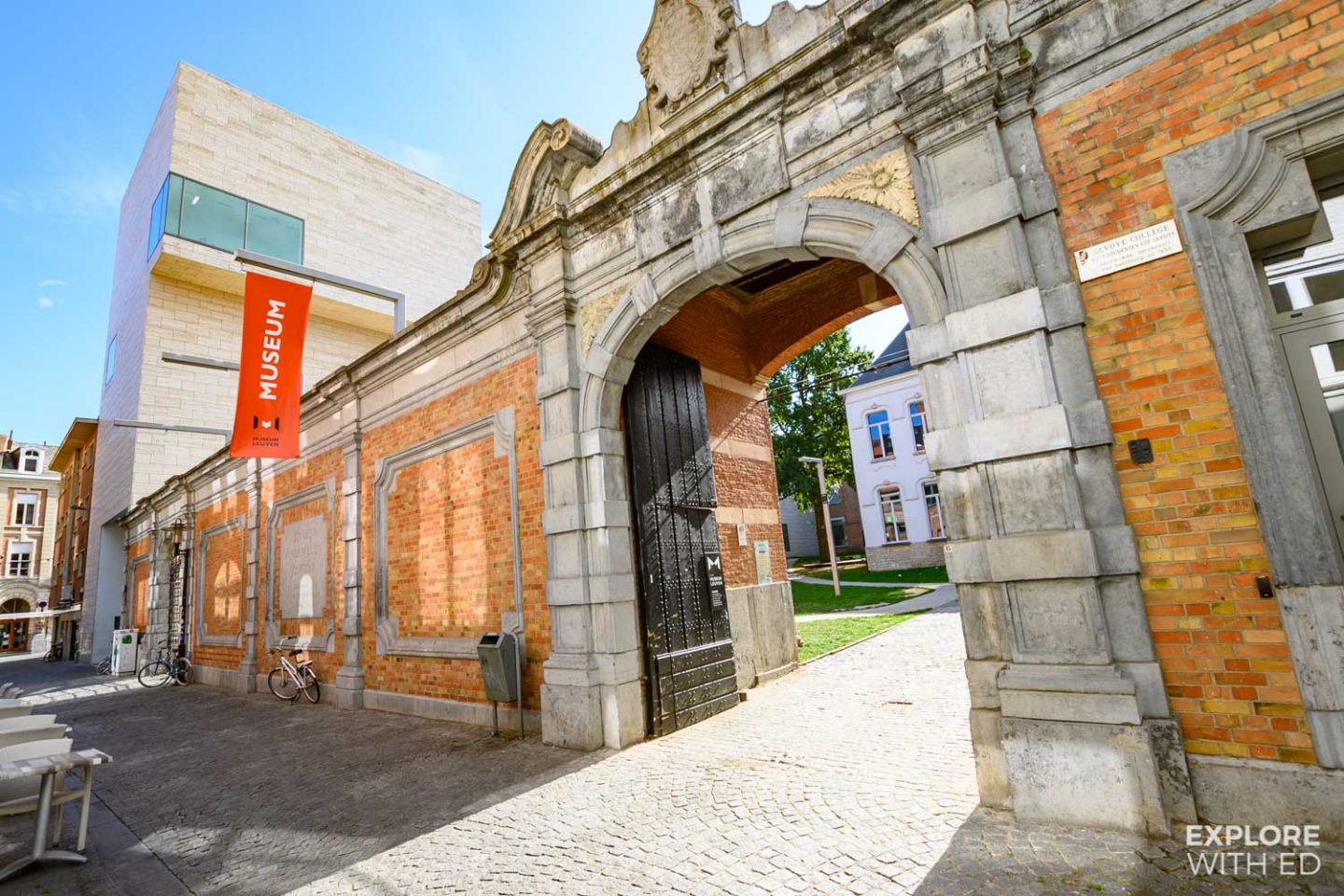 Where to stay in Leuven, Belgium

After exploring the historical sites in Leuven, resting my head at St Martin’s Klooster makes total sense as the boutique hotel has 500 years of history and is located just a few minutes away on foot from the Town Hall. The entrance and dining areas are sleek and modern glass extensions to the former monastery building. 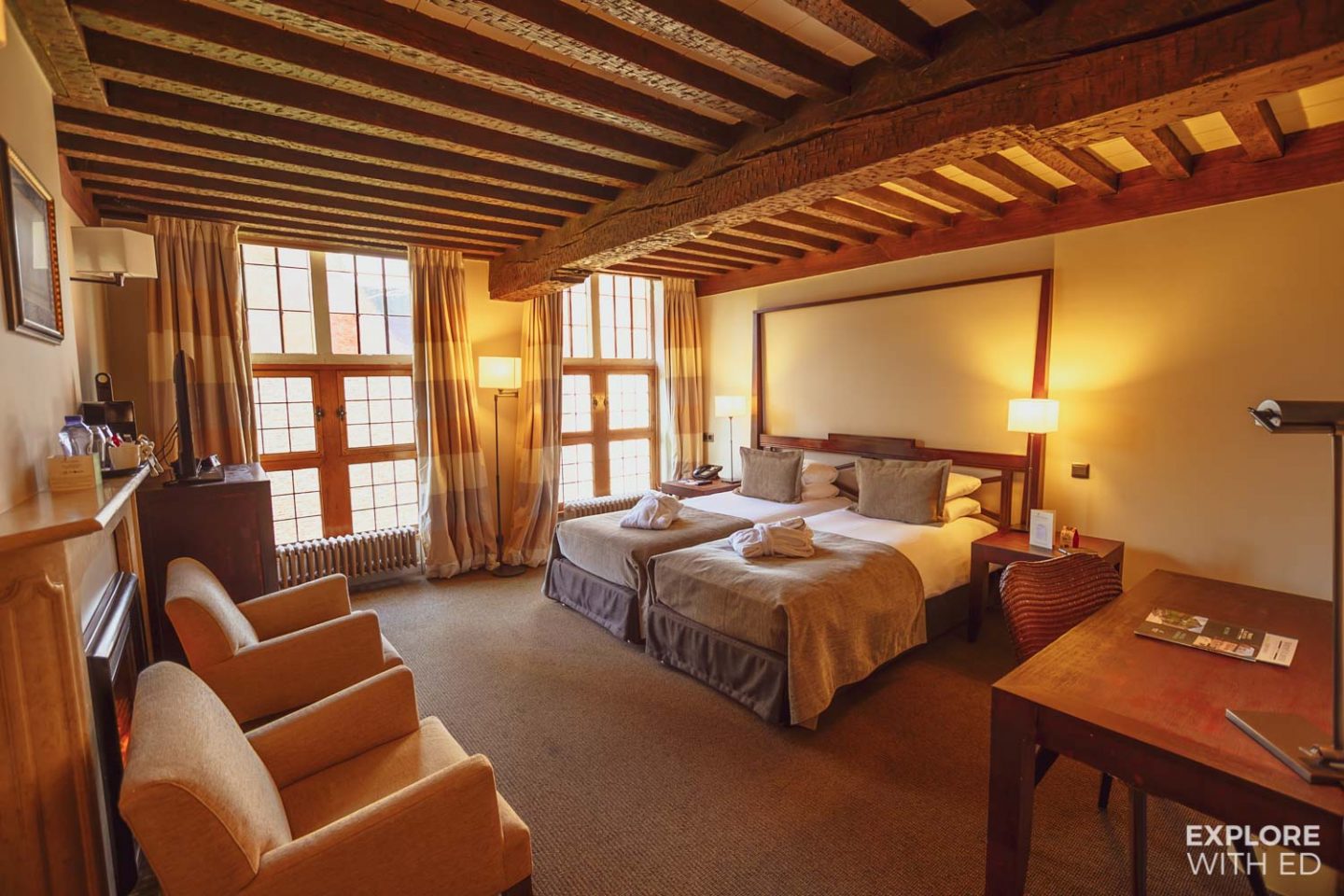 Coming soon: An introduction to Leuven’s food scene! Read on:

Exploring Catherine The Great’s Palaces in Saint Petersburg, Russia
Highlights of a Baltic Cruise from Southampton
Mount Vesuvius and Pompeii Excursion from Naples 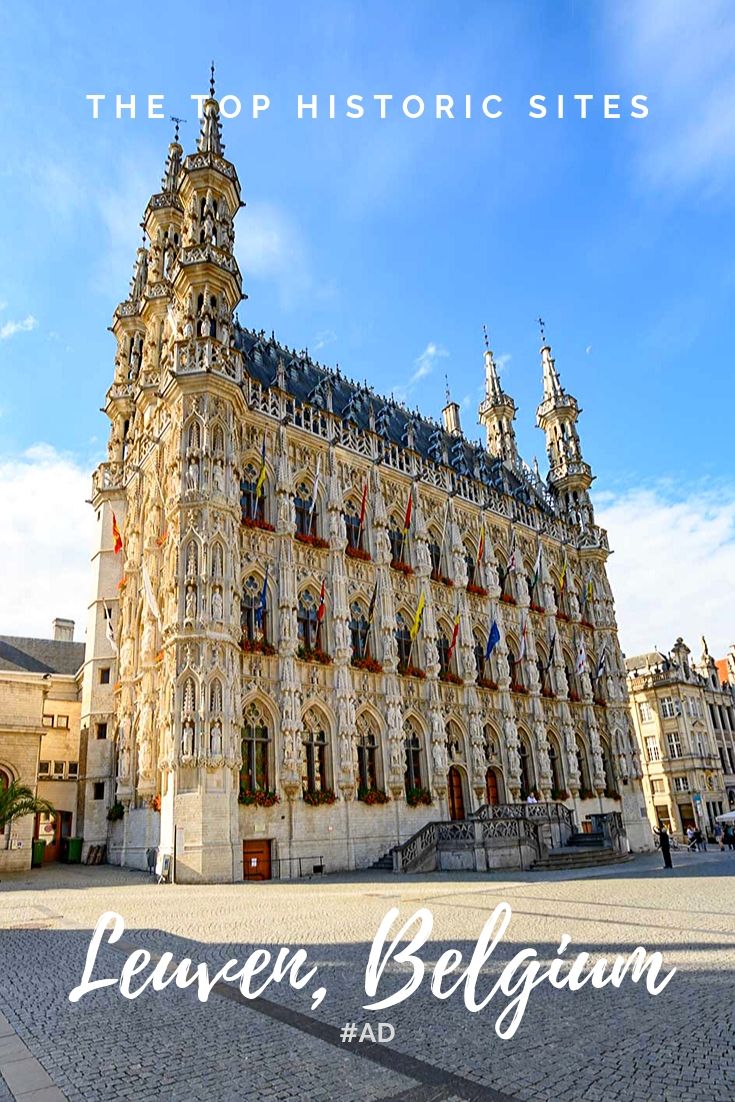 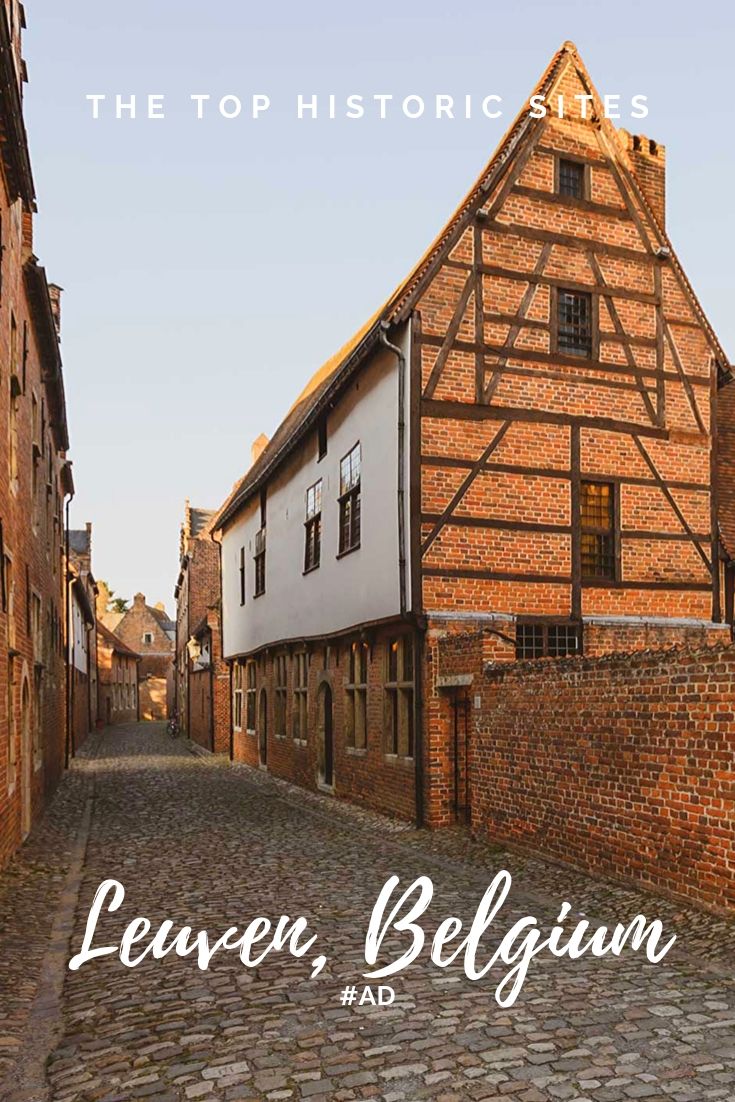