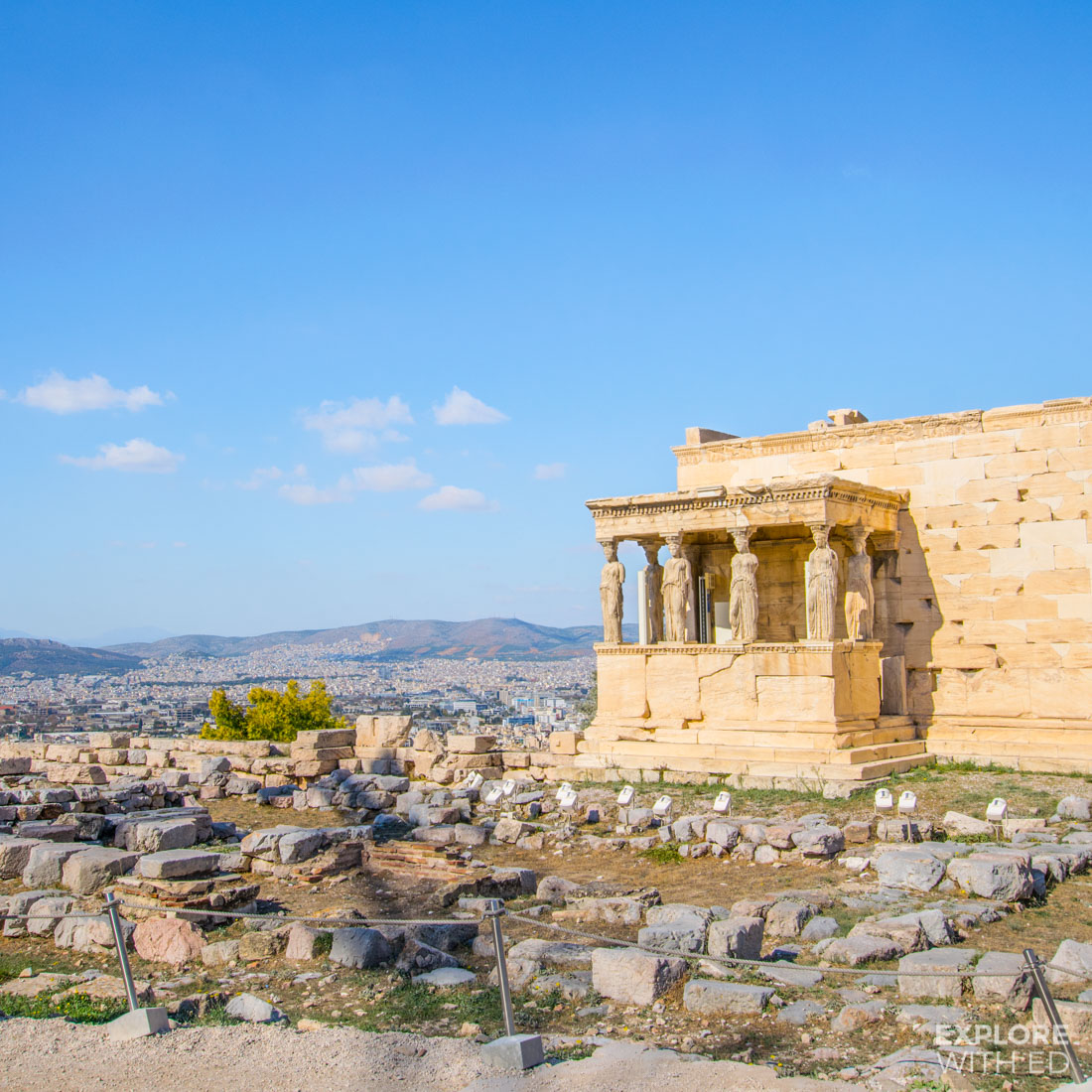 Happy New Year – I thought I’d kick start 2018 with a list of the most incredible adventures that Europe has to offer, from bike riding through the Balkans to a jaw dropping Norwegian Fjords cruise. How many have you tried?

1. A BIKE RIDE THROUGH THE BALKANS
After sailing through the Bay of Kotor I can think of no better way to enjoy the breathtaking scenery than a bike ride or Eastern Mediterranean cruise. Whether you join a cycle trip like KE Adventure’s Balkan Trilogy or go alone, there’s plenty of pretty villages and historical sights to stop off along the way including Kotor in Montenegro and Dubrovnik in Croatia. 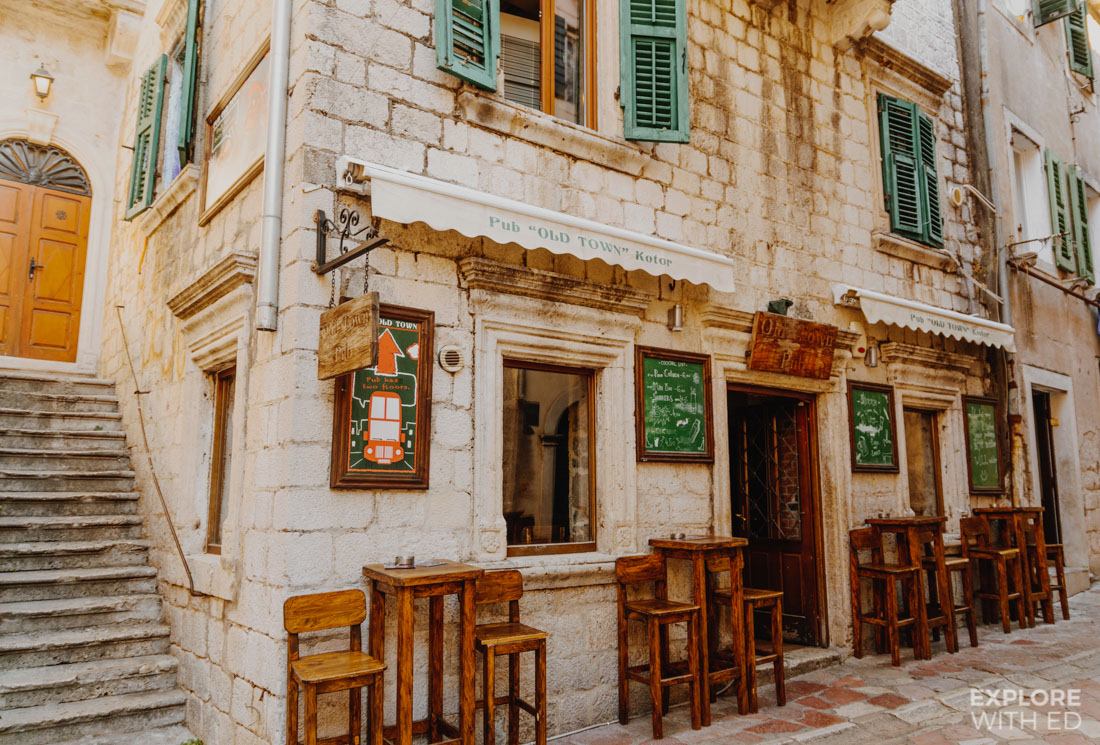 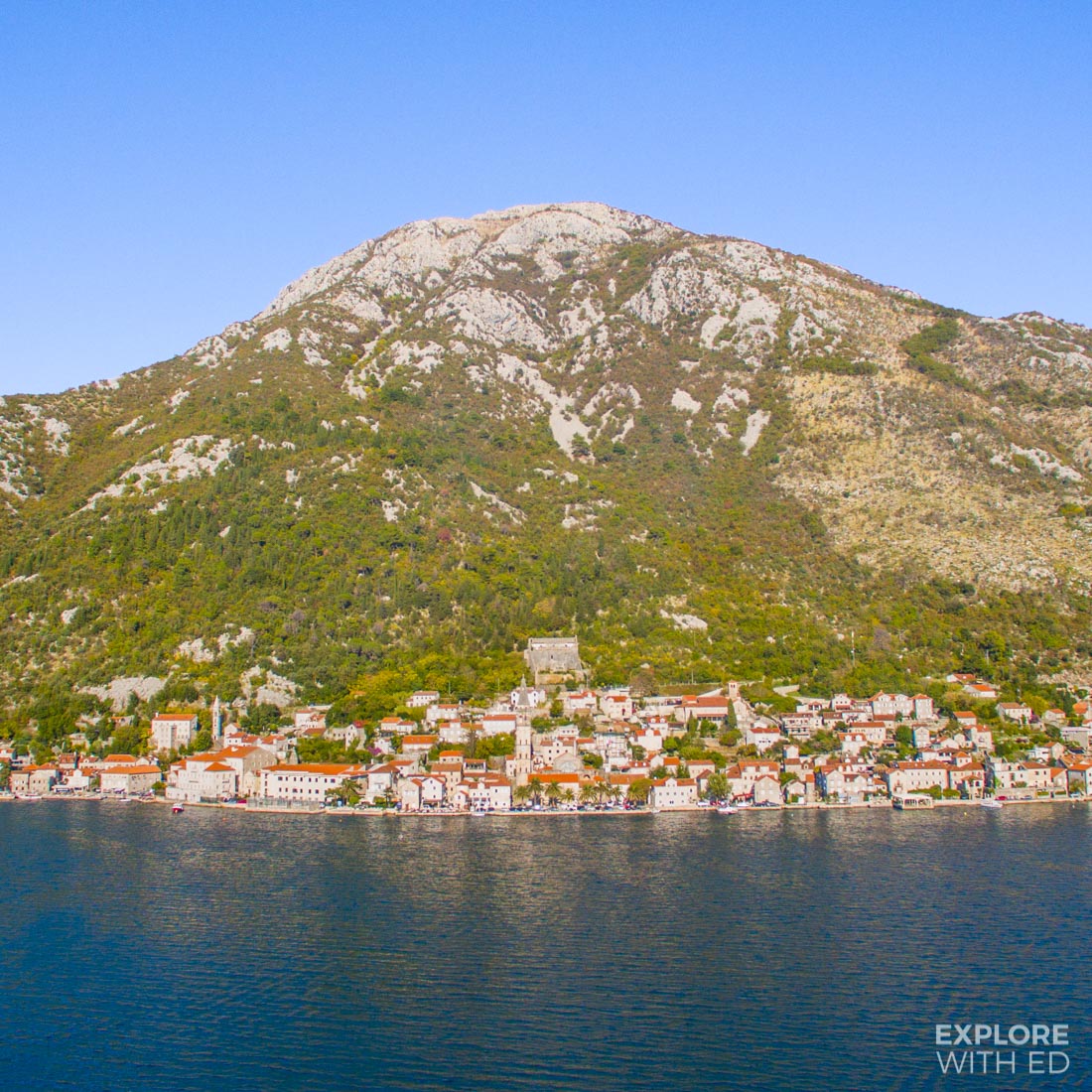 2. SWIMMING IN THE LAKES OF SWITZERLAND
Home to over 1500 lakes, land locked Switzerland is a surprising hot spot for water sports. The most popular activities are canoeing and windsurfing in places like Lake Constance and many (such as Lake Brienz) are clean enough to bathe in.

3. FLAMENCO DANCING IN SEVILLE, SPAIN
This famous style of music and dance originated in Southern Spain – there’s even an emoji of a traditional dancer 💃. In Seville you can see many shows or join a masterclass and give it a try yourself! Seville is also Lonely Planet’s Best City to visit in 2018, making this year is a trendy time to visit (see the video below). 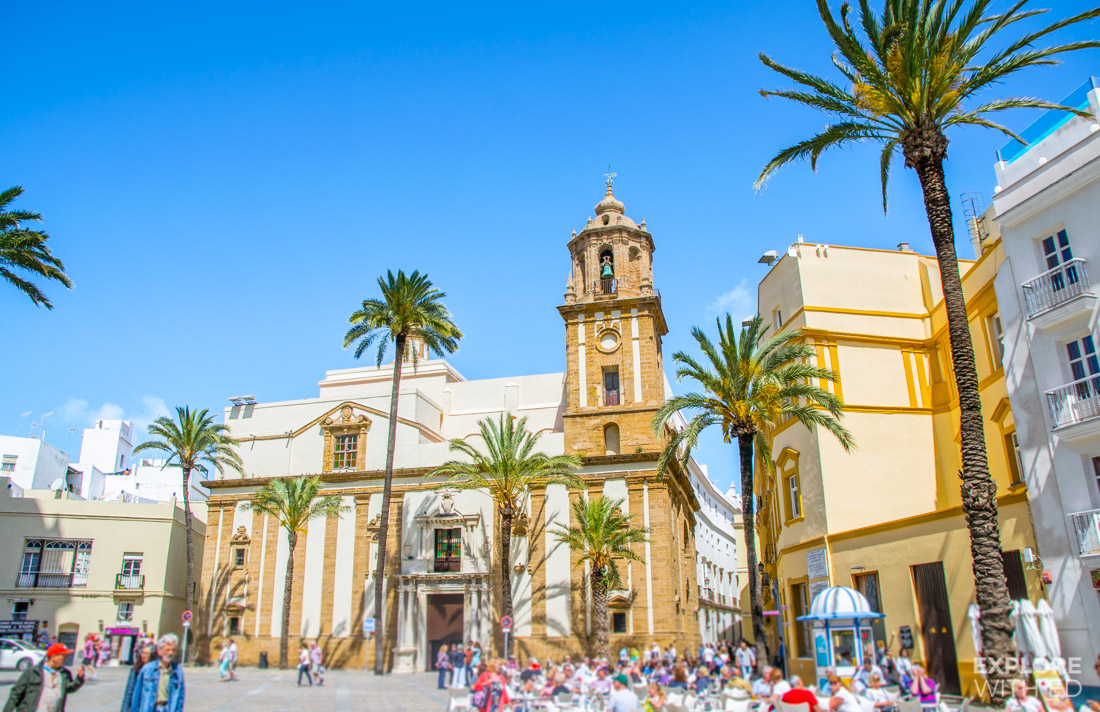 4. A HOT AIR BALLOON RIDE OVER ESTONIA
In the medieval capital Tallinn hot air balloon rides and mystical walking tours are just two of the immersive experiences you can try via Discover Estonia. This year Estonia also turns 100 years old and local towns and communities will be taking turns to host street parties and events.

5. PROSECCO TASTING IN ITALY
Food and drinks tours (like the one I experienced in Venice) are possibly the best way to understand and appreciate the Italian way of life which heavily revolves around family and mealtime. In Britain, Prosecco is now reported to be outselling Champagne meaning wine tasting holidays in Italy will likely become more and more popular. 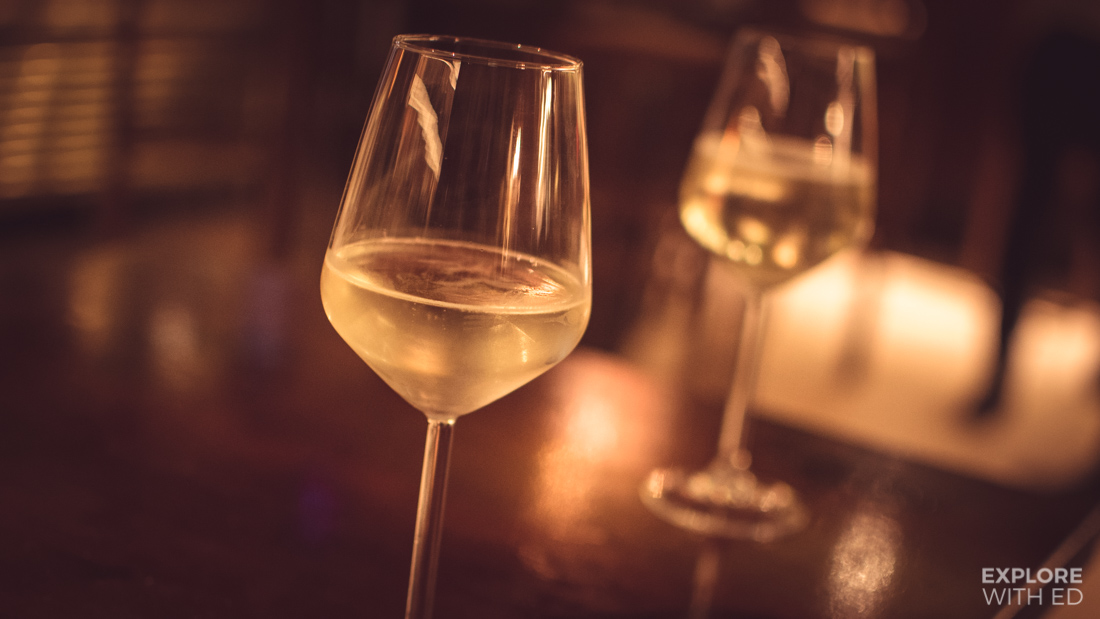 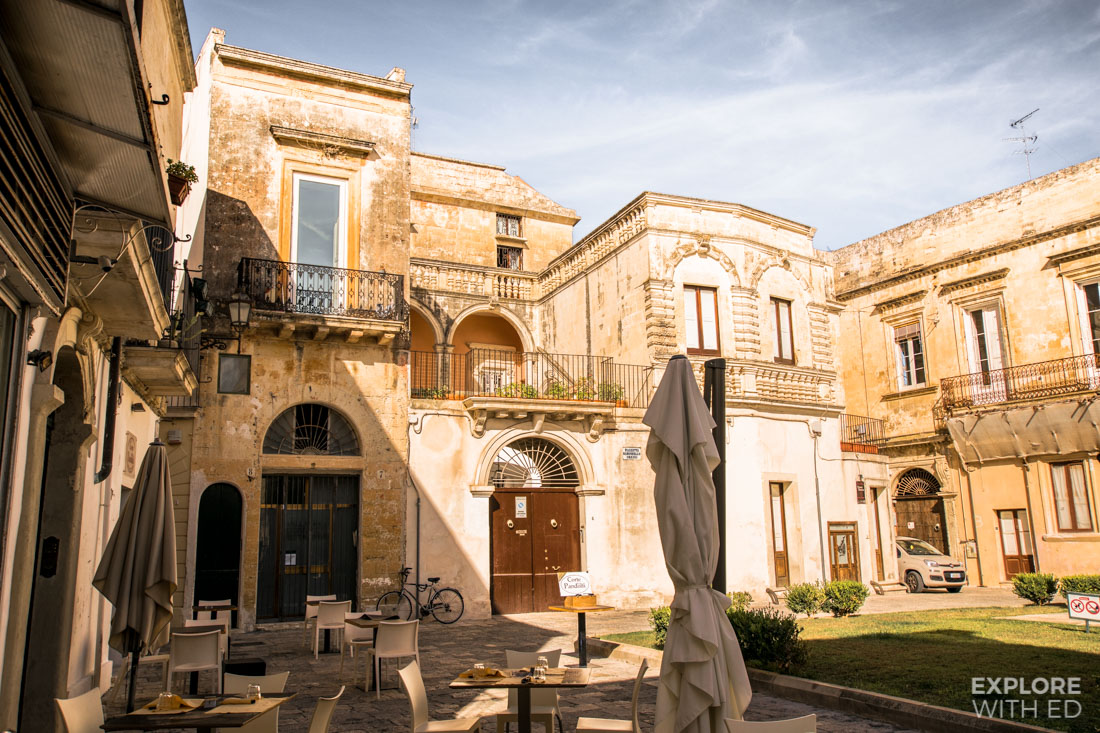 6. A COASTAL DRIVE IN SOUTHERN FRANCE
With more twists and turns than any movie at Cannes Film Festival, the roads across the French Riviera are made for an unforgettable car trip. I recommend doing it in style by hiring your dream car and driving north from the glamorous Promenade des Anglais in Nice to the old medieval hill top villages and perfumeries. 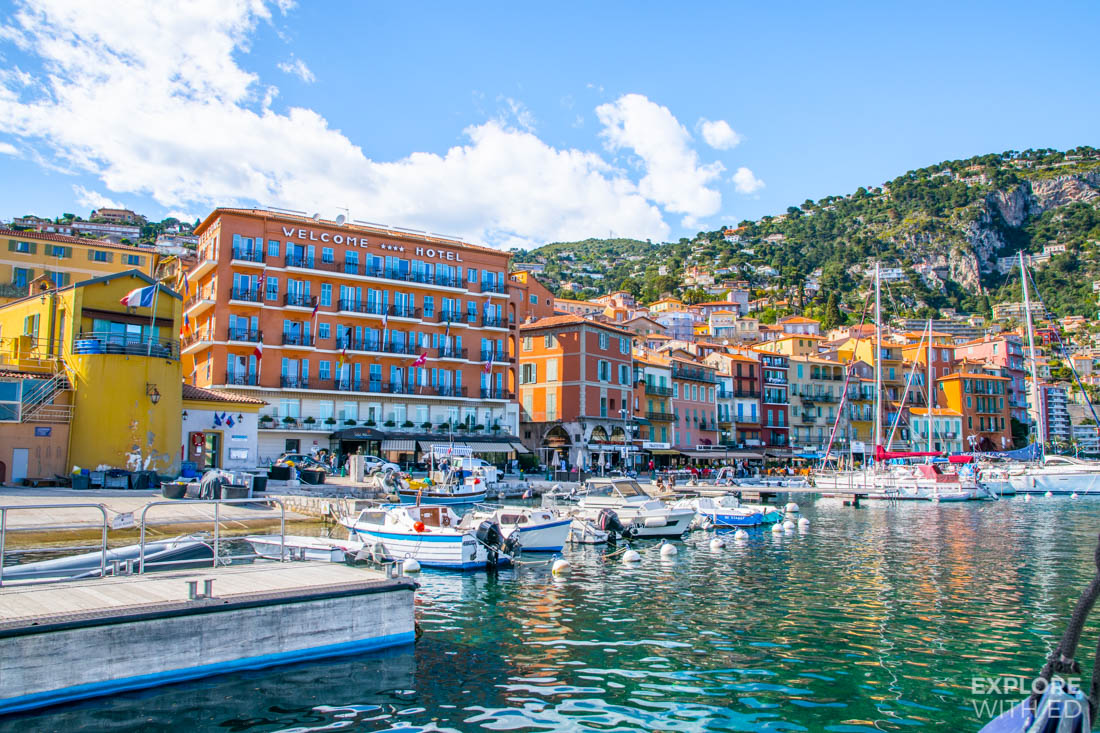 7. A CATACOMBS TOUR IN ROME, ITALY
A fascinating journey through time awaits in Rome’s ancient catacombs that extend for miles beneath the city. A visit to Domitilla’s (one of Rome’s oldest) is a humbling experience where you’ll learn about religion, ritual and death in the formative years of Europe. 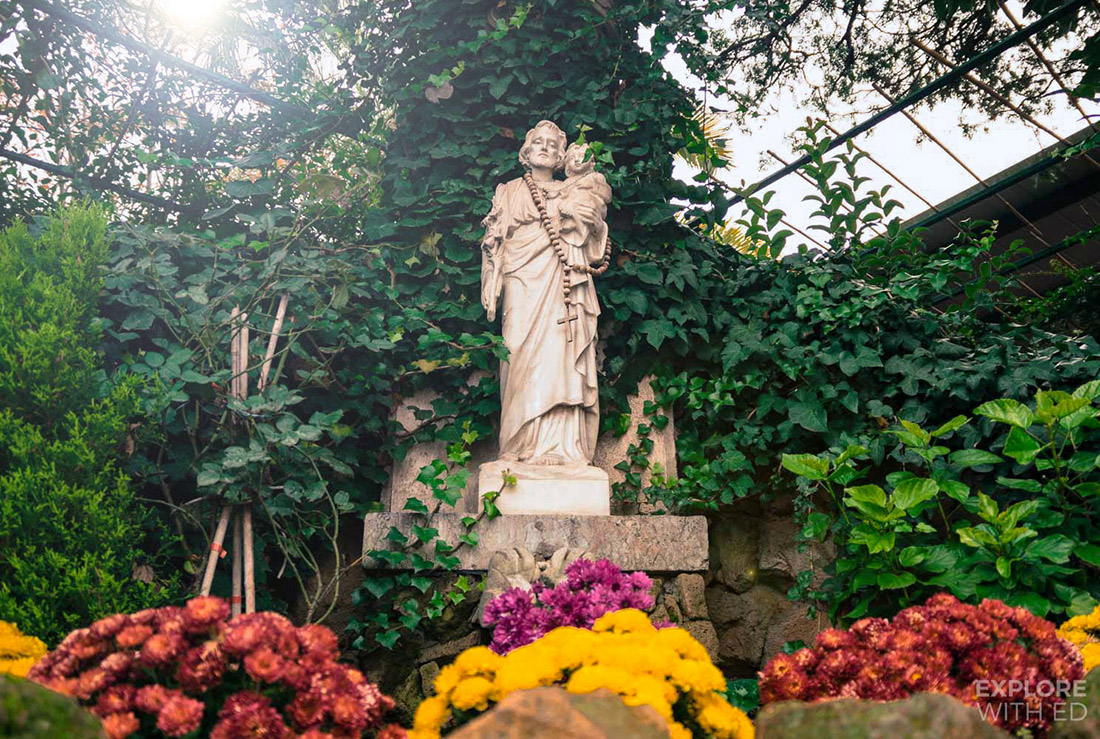 8. A TRIP TO TIVOLI GARDENS IN COPENHAGEN, DENMARK
Located in the heart of the Danish capital The Tivoli Gardens are a spectacle of light and colour with amusement rides, games and performance art. In 2018 Tivoli celebrates 175 years by hosting a winter festival spanning throughout most of February.

9. A NORWEGIAN FJORDS CRUISE
Icy mountains melting into some of Europe’s tallest waterfalls, a cruise through The Fjords is an unforgettable experience that plunges you right into the set of a Viking movie. 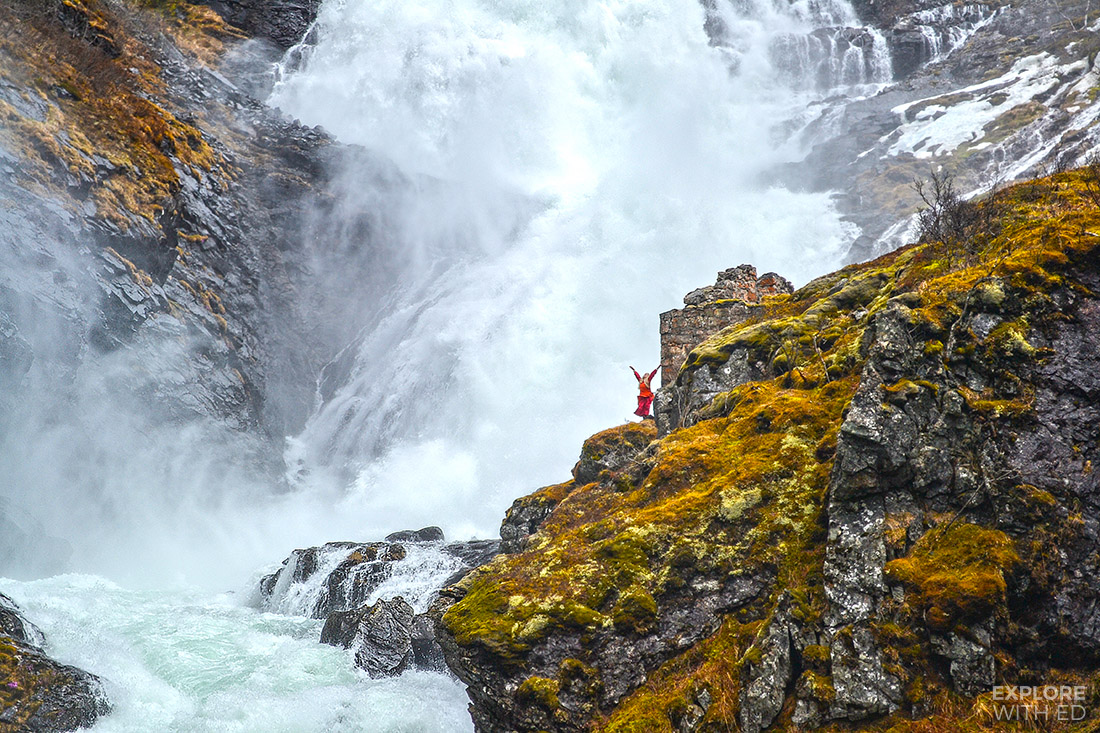 10. HIKING IN MADEIRA, PORTUGAL
The fertile soil and humid weather makes the island a tropical paradise that avid hikers will fall head over heels for. The capital Funchal is equally beautiful for its botanical gardens, elegant cafés and regenerated harbour.

11. A MUSEUM TOUR IN ATHENS, GREECE
Ancient Greece is the cradle of western civilisation where language and society as we know it developed. Taking a guided tour around the Archaeological Museums and Acropolis will transport you back thousands of years to see how it all began. 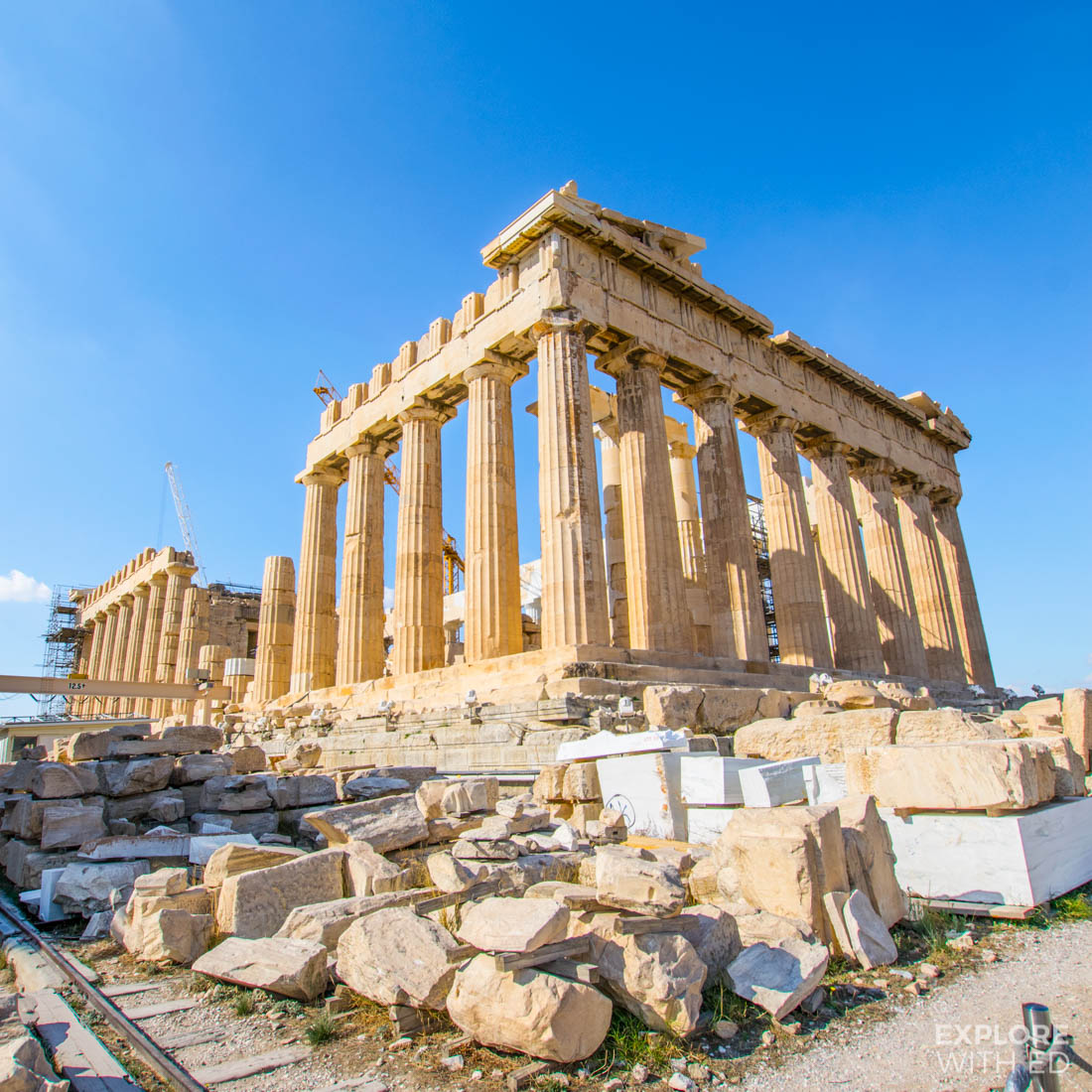 12. SKIING IN BULGARIA
Emerging as a major player for winter holidays in Europe, Bulgaria benefits from being budget friendly with a lengthy ski season.

13. CREAM TEA IN THE COTSWOLDS, ENGLAND
It’s less than 2 hours drive from London but feels a world away from the city buzz where lavender fields and farmland extends for miles around small chocolate box villages like Castle Combe and Broadway.

Three must see places in The Cotswolds 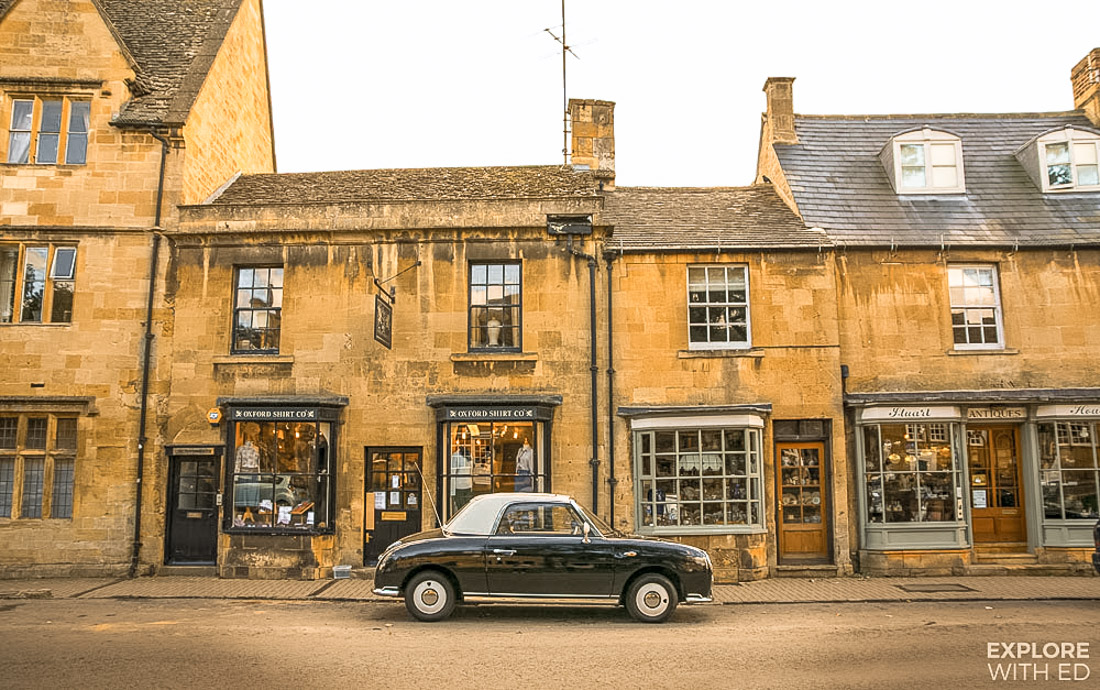 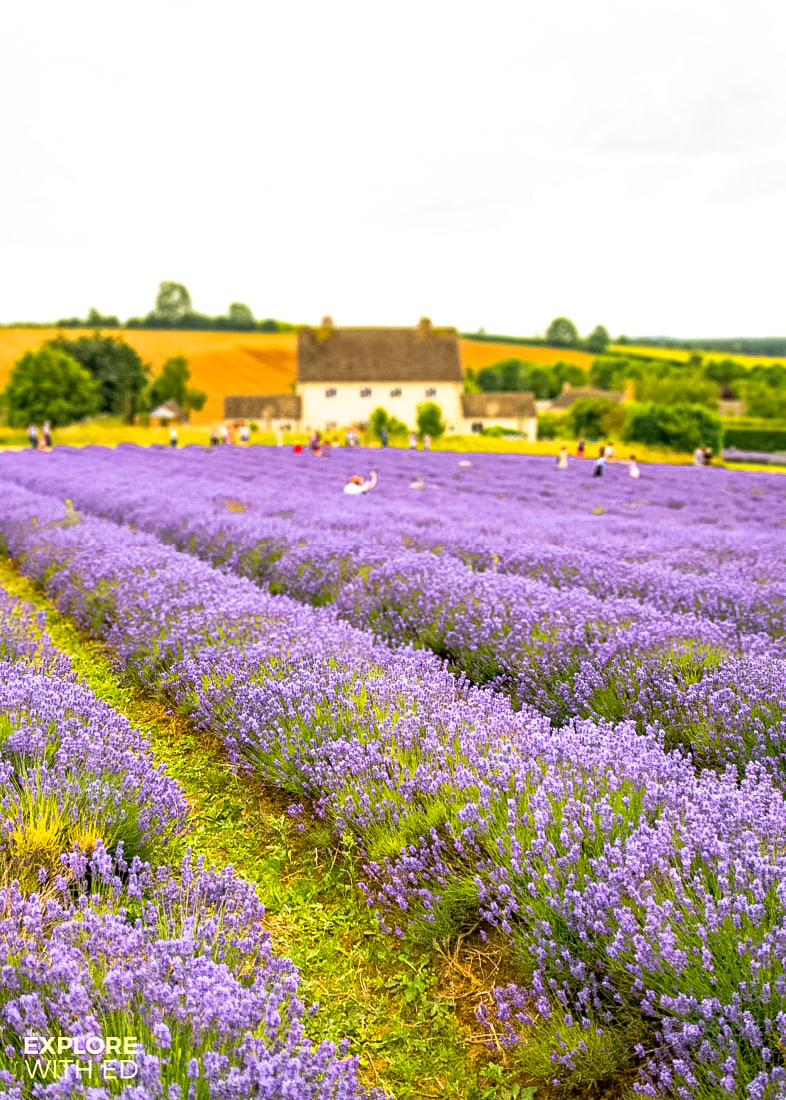 14. A FAIRYTALE CASTLE TOUR IN BAVARIA, GERMANY
The enchanting castles of Bavaria are set amongst dense forests, winding rivers and pointy mountains, Neuschwanstein was even said to inspire Disney’s Sleeping Beauty Castle.

15. A FAMILY HOLIDAY IN DISNEYLAND PARIS, FRANCE
A family adventure in Europe wouldn’t be complete without a visit to ‘the happiest place on Earth’, home to two theme parks and a leisure village just a few miles east of the French capital. 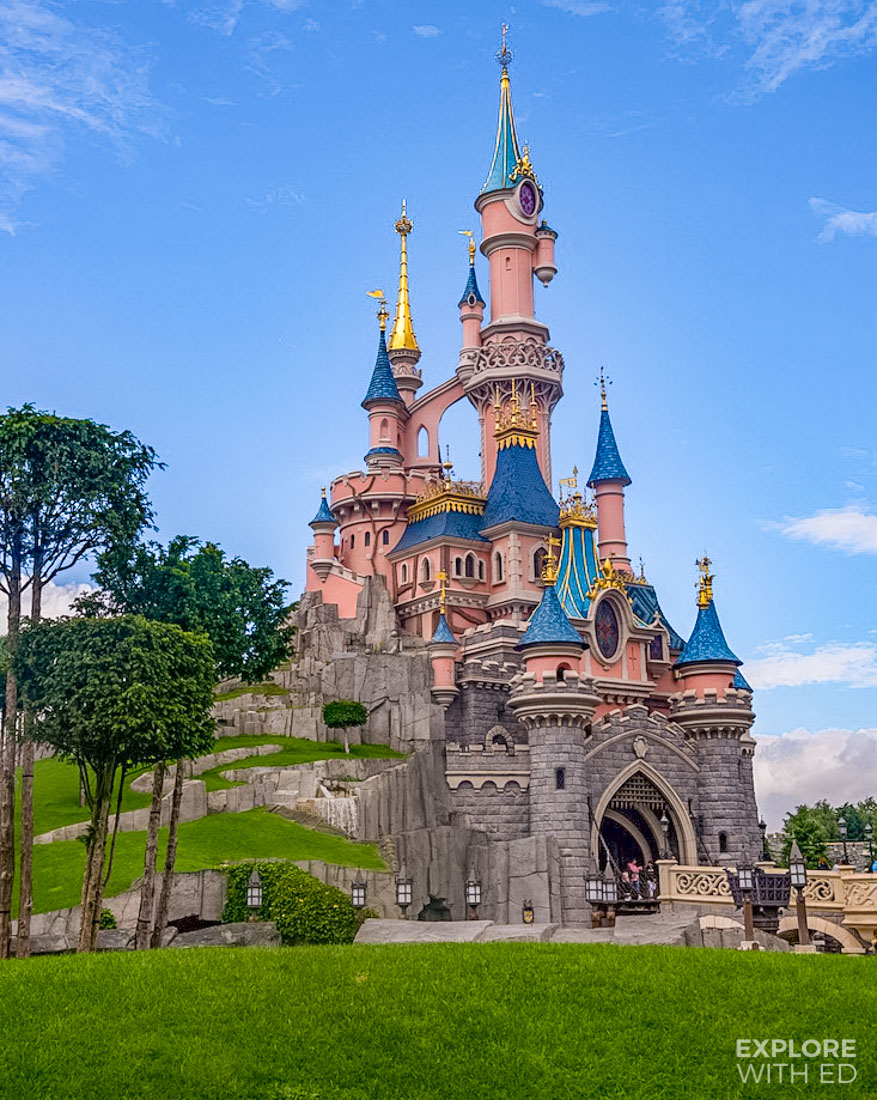 16. WALKING THE WALES COAST PATH
Wales is the first country to have a dedicated path that extends around its entire coastline at over 870 miles. The path takes many weeks to complete by foot, but it has been done by a few explorers who were no doubt impressed by the incredible beaches this country has to offer. 2018 is also Wales’s ‘Year of the sea’, so there’ll be plenty of local interest and events – such as the Volvo Ocean Race in Cardiff. 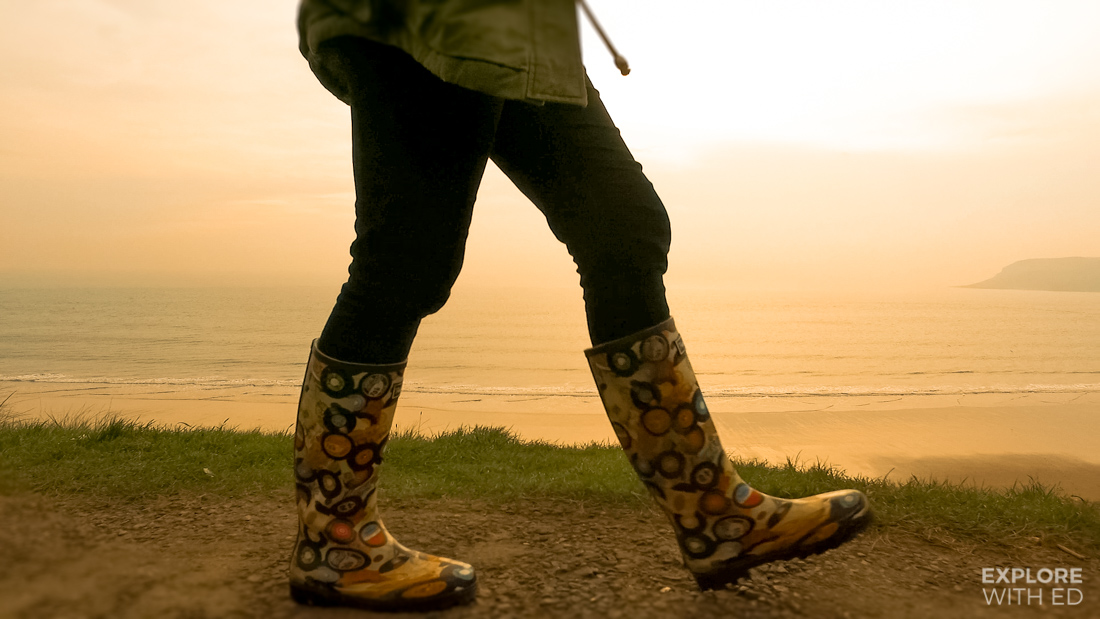 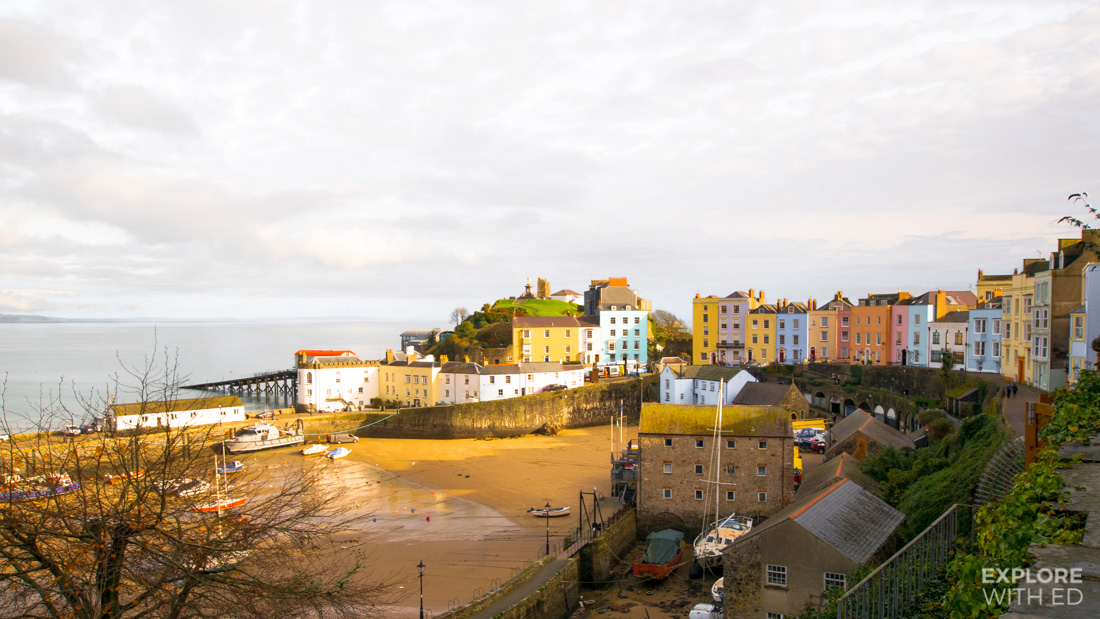 17. A CANAL CRUISE IN AMSTERDAM, THE NETHERLANDS
The sights and sounds of Amsterdam is best enjoyed on the water, and there’s many canal tours to choose from including sunset and dinner cruises.

How to plan the most amazing trip to Amsterdam

18. A HELICOPTER TOUR OVER ICELAND
Soaring high over waterfalls, mountains and lagoons gives you the best perspective on the Volcanic activity that has shaped the island over the past few thousand years. Maybe you’ll be lucky on your Icelandic adventure and see the Northern Lights too!

How many of these adventure have you tried? Do you have any other memorable experiences in Europe not listed? 😊