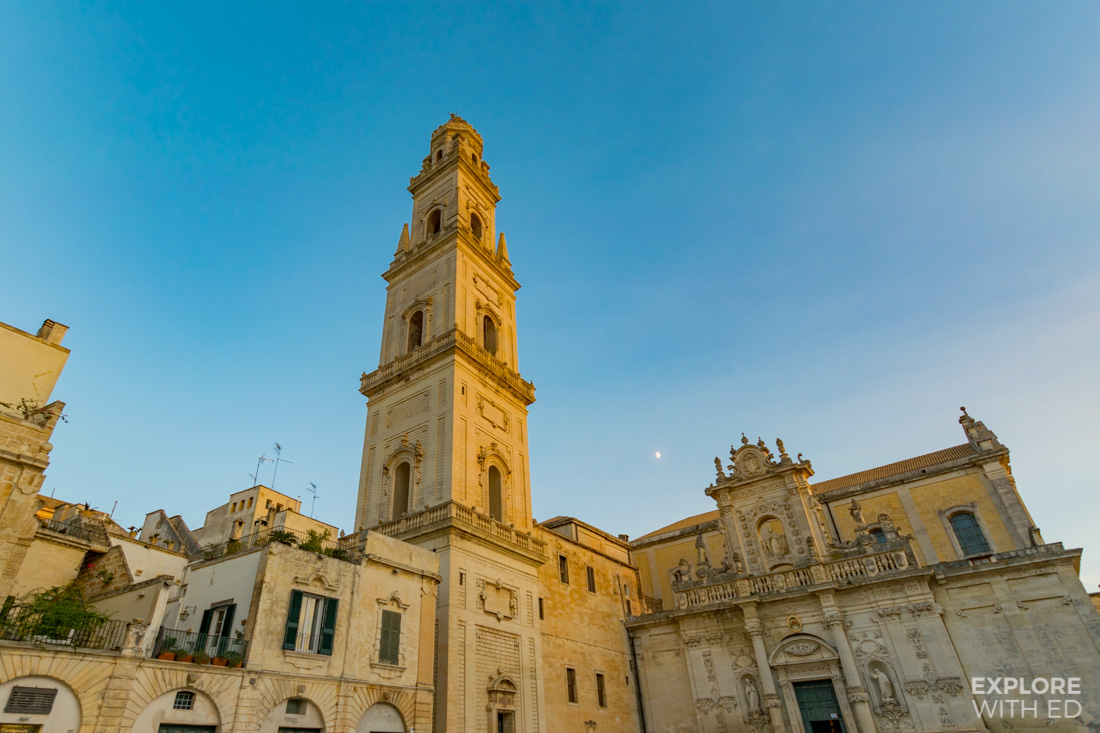 Located on the ‘heel’ of Italy in the Puglia region, Lecce is a lovely alternative to Rome or Naples for a historical sightseeing adventure. 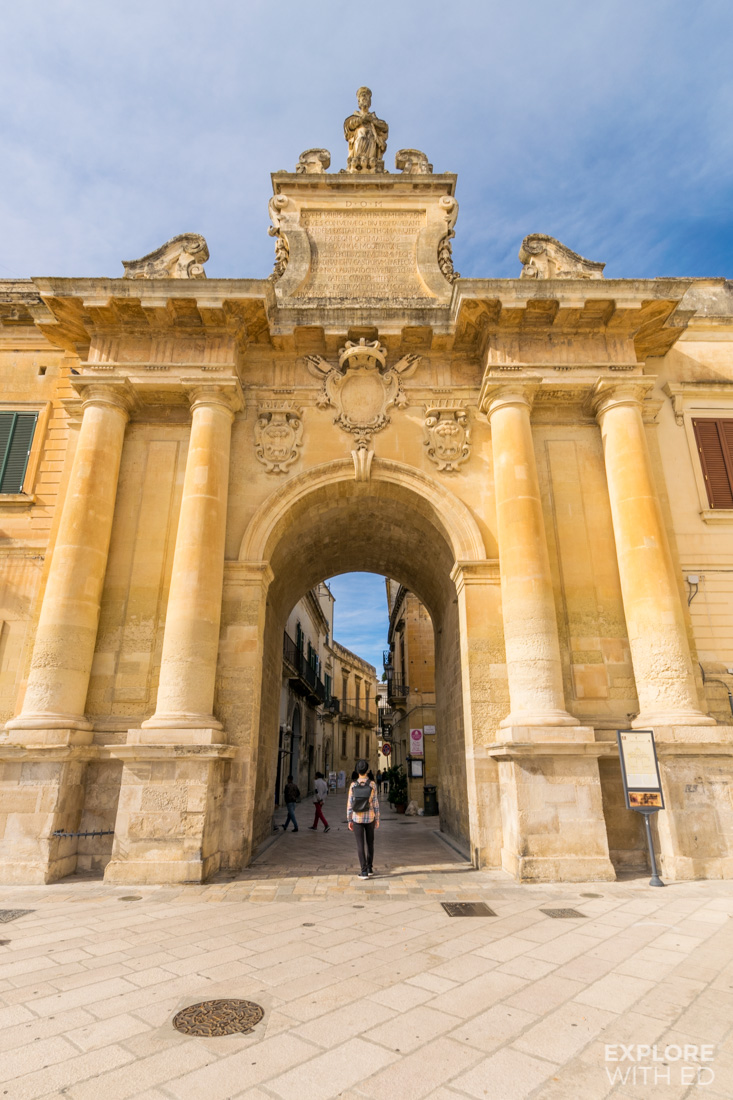 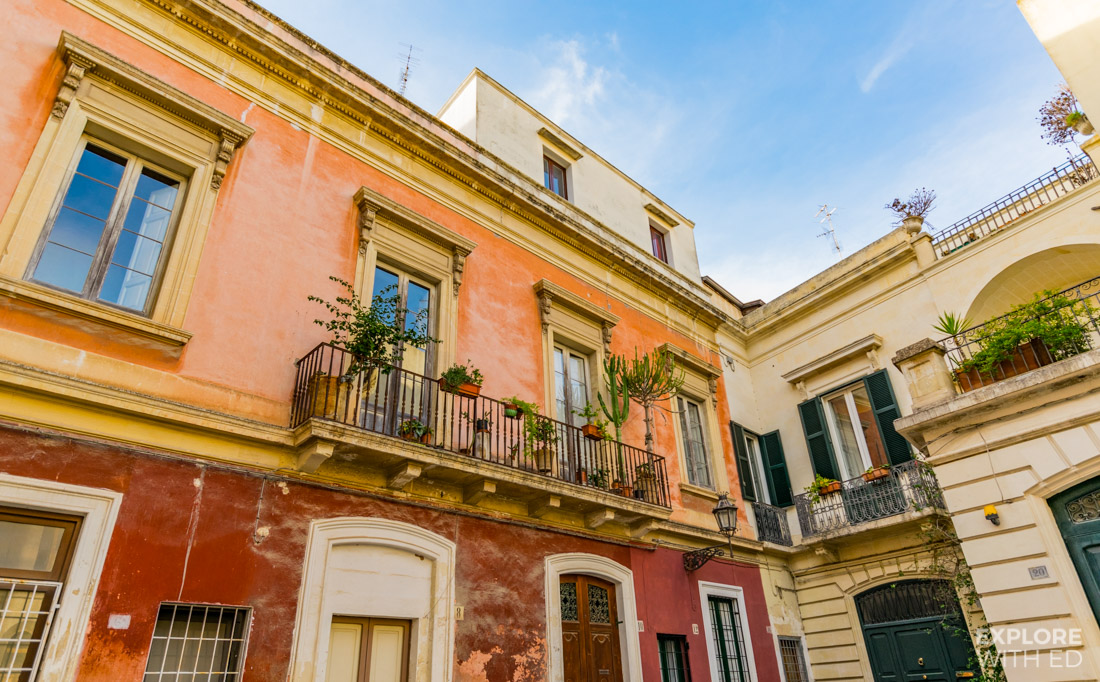 A BRIEF HISTORY | Lecce City Guide
Lecce’s Roman origins began in the 3rd Century BC just before Emperor Hadrian fortified the town and constructed a large amphitheatre. It was transformed in the 17th Century during the Baroque period when local architects began to adorn buildings with sculptures and cherubs and construct ambitious new churches that are still open today. 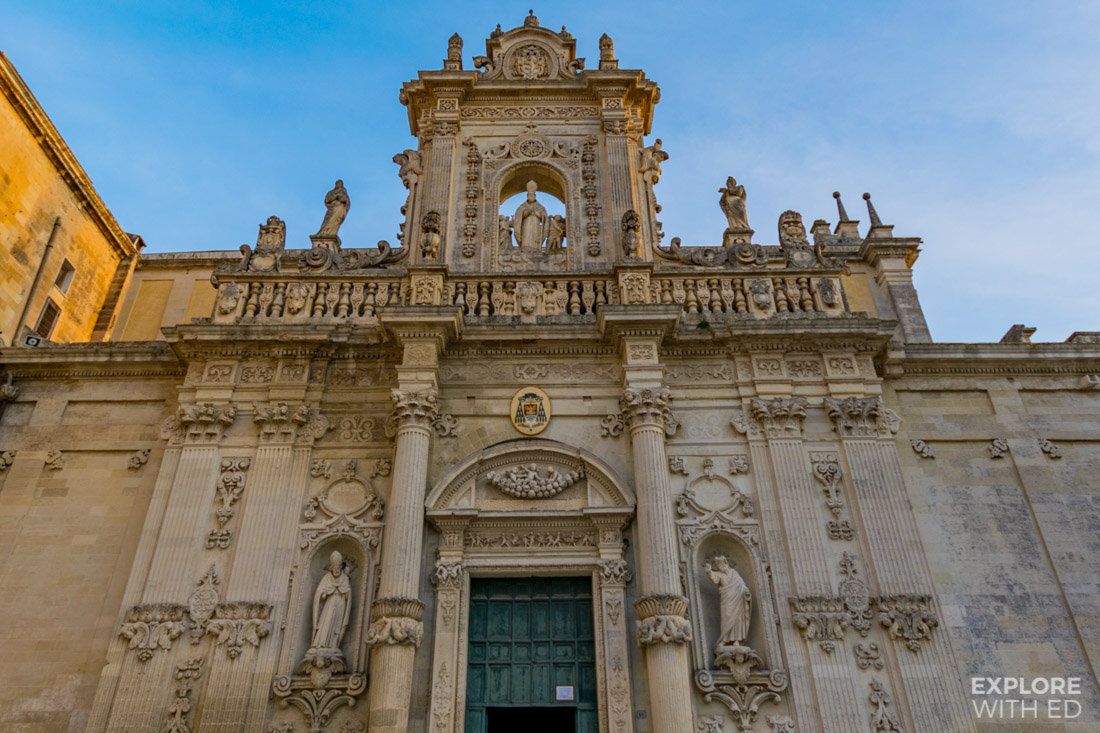 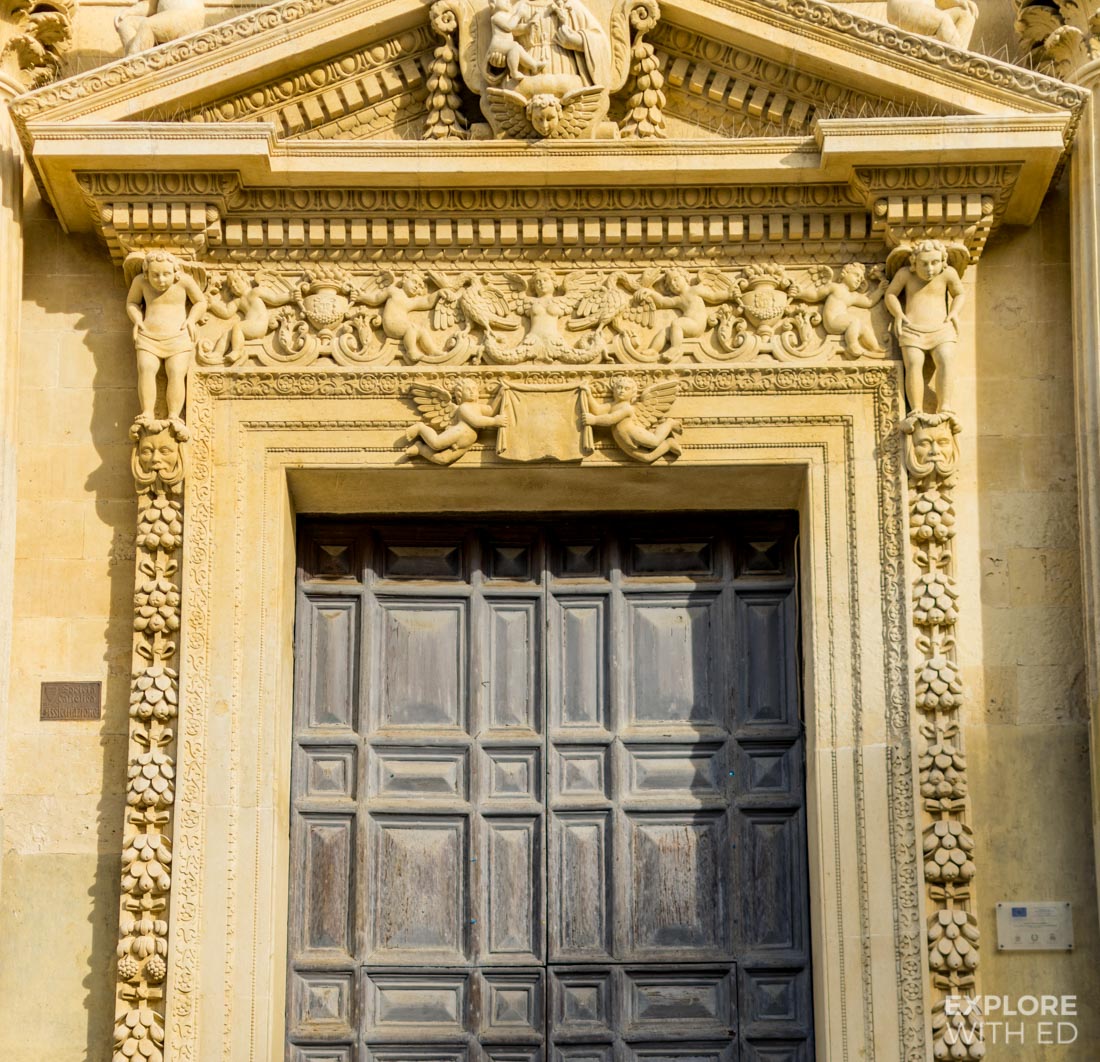 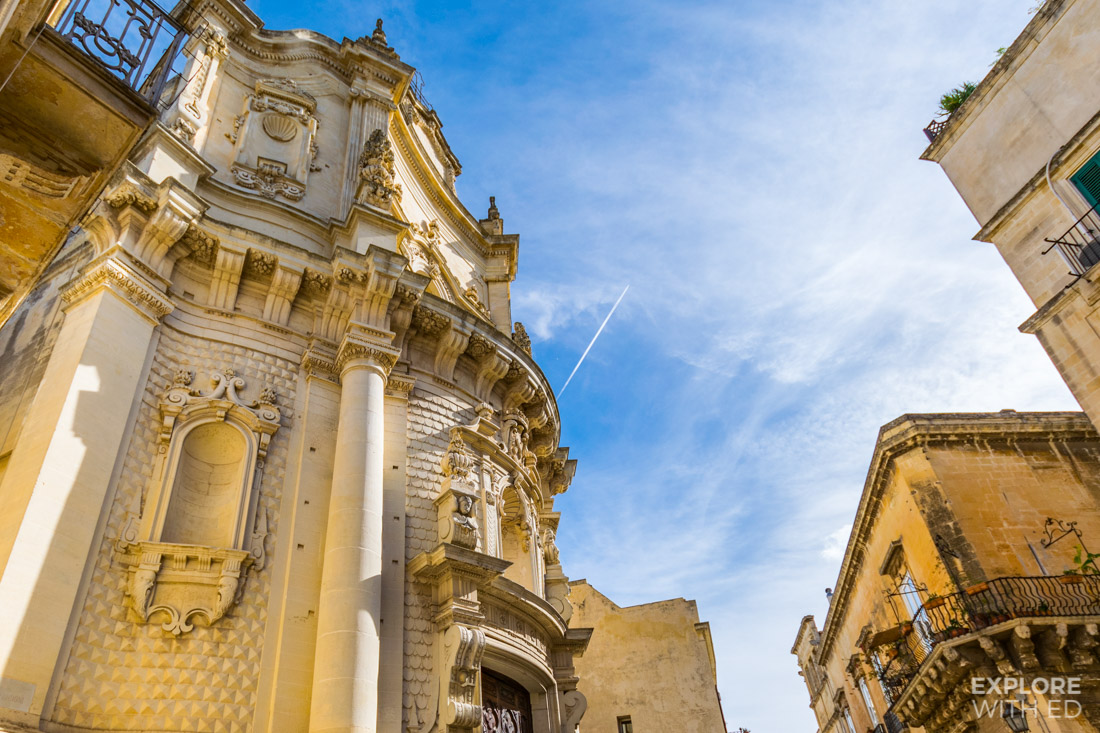 TRAVELLING TO LECCE
Flights operate year round to Brindisi or Bari (just north of the city) via London and transfers are cheap using public transportation. I hopped on the airport shuttle bus from Brindisi Airport (€1 per person) to the city centre and caught the Bari train to Lecce for around €5. 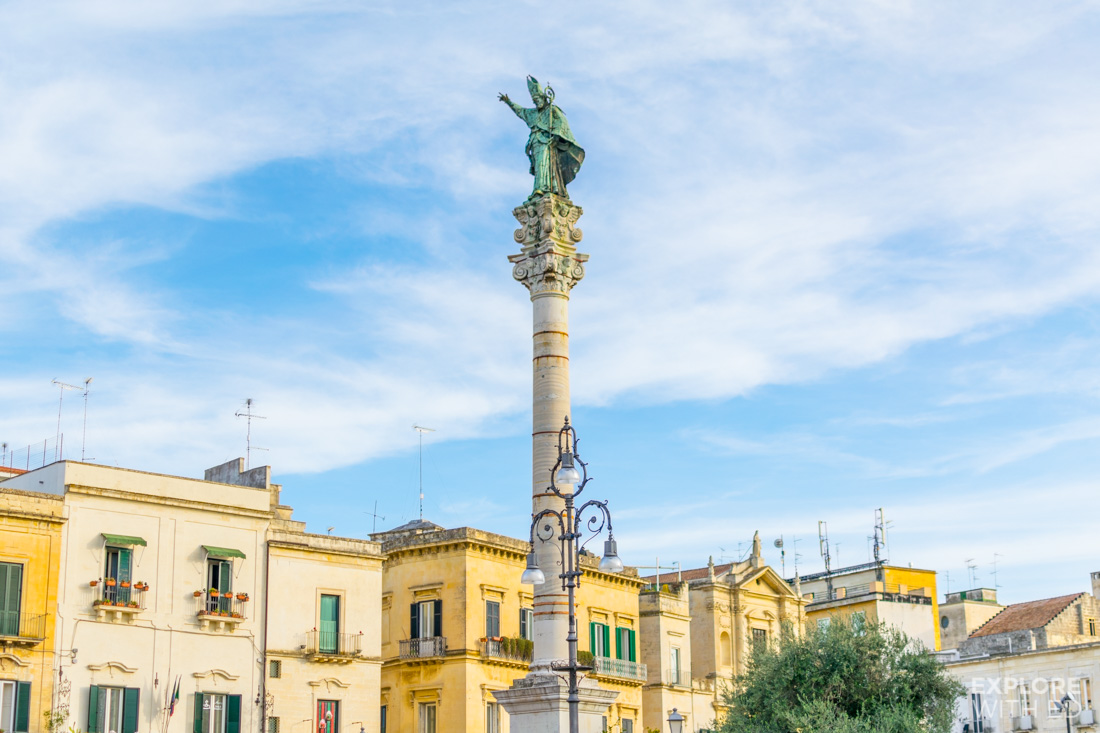 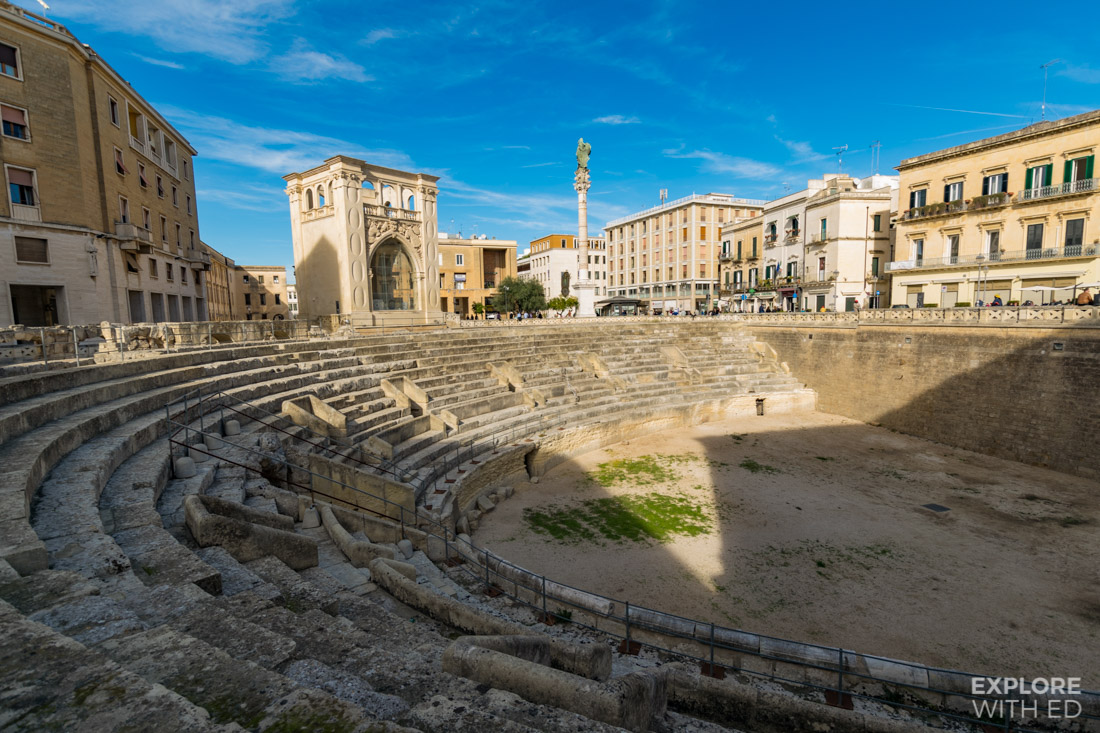 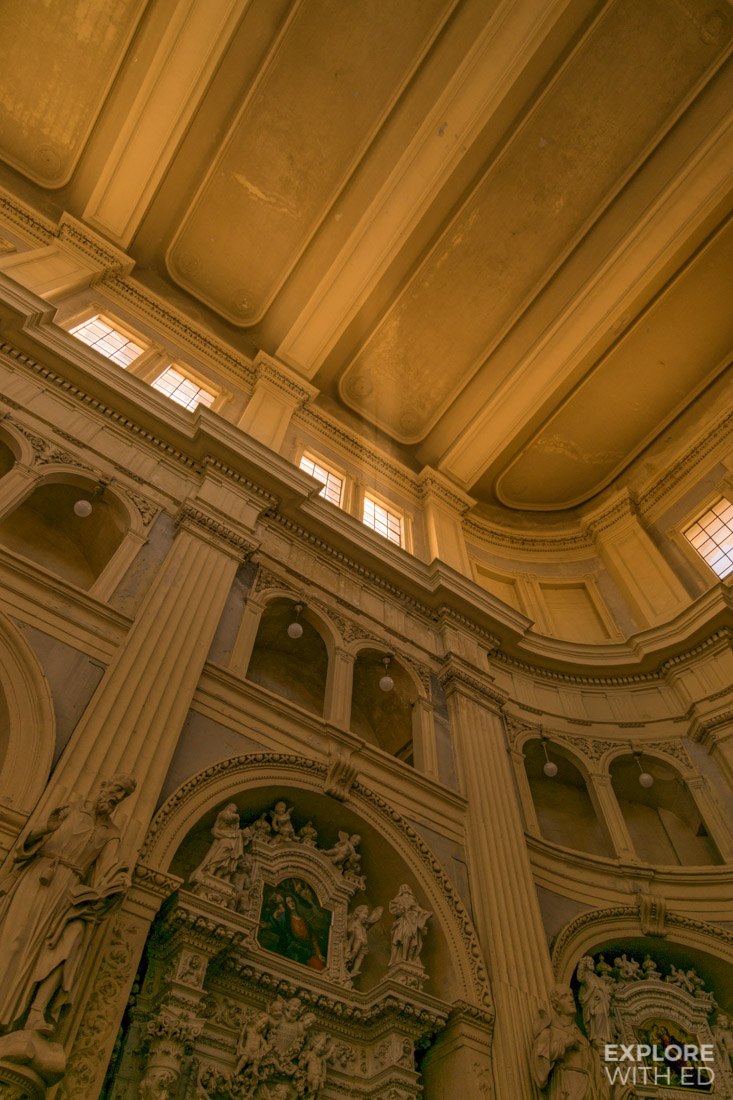 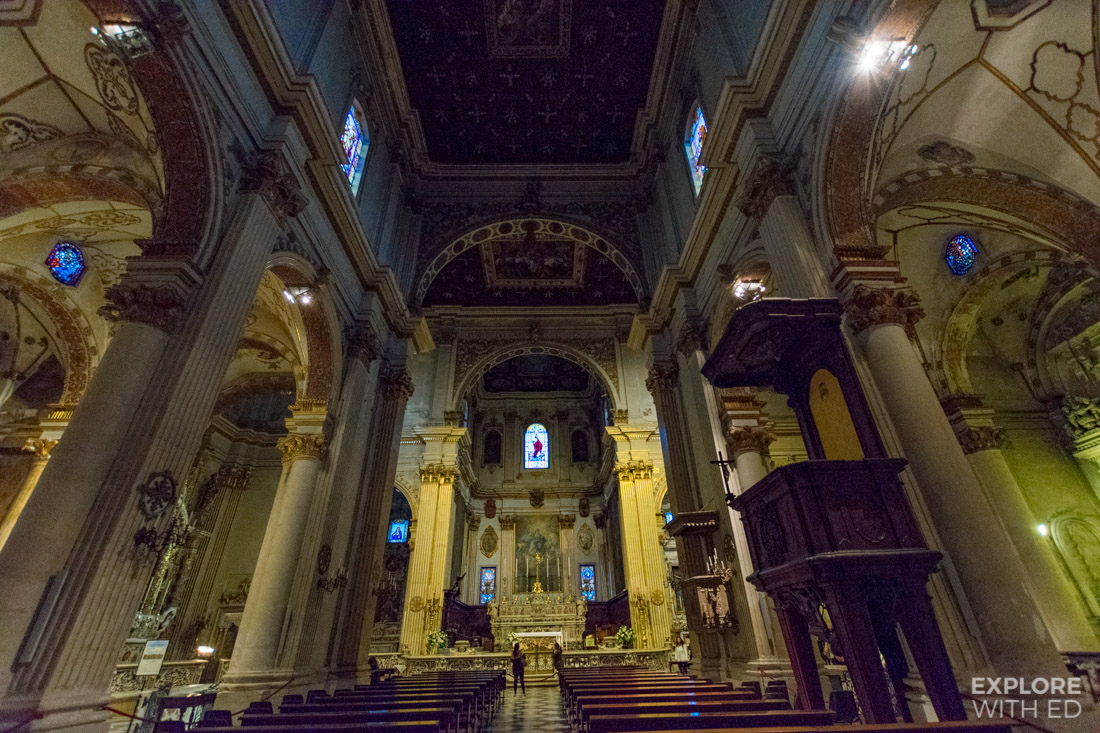 WHERE TO EAT IN LECCE 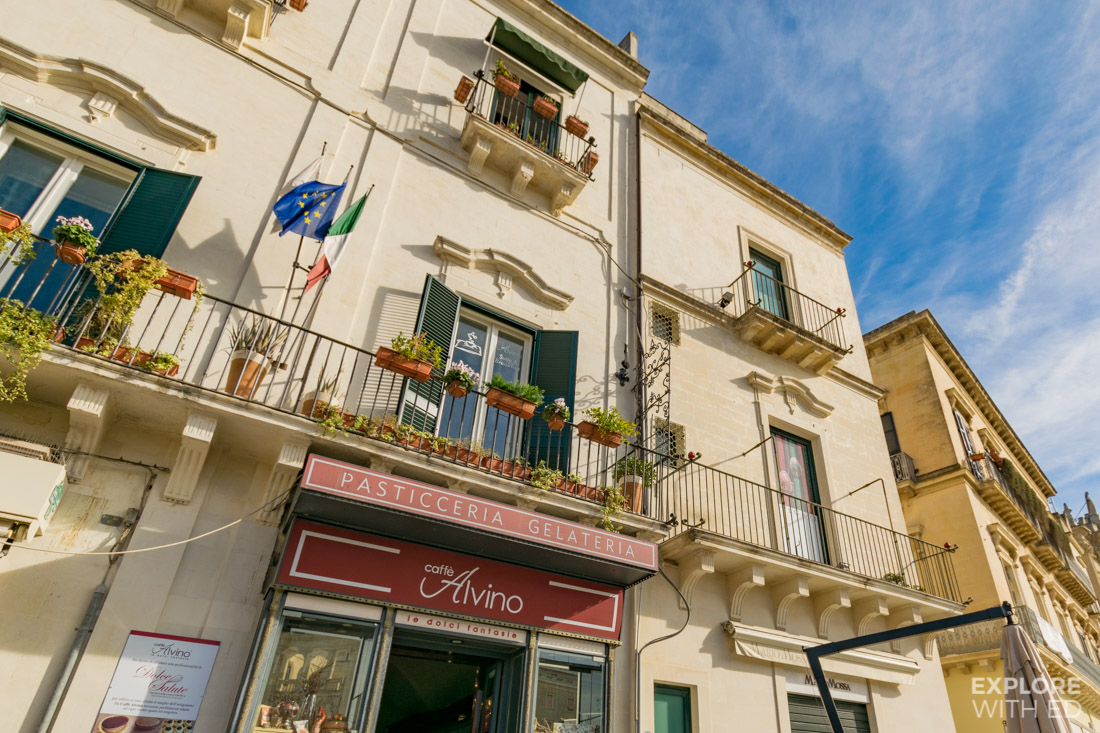 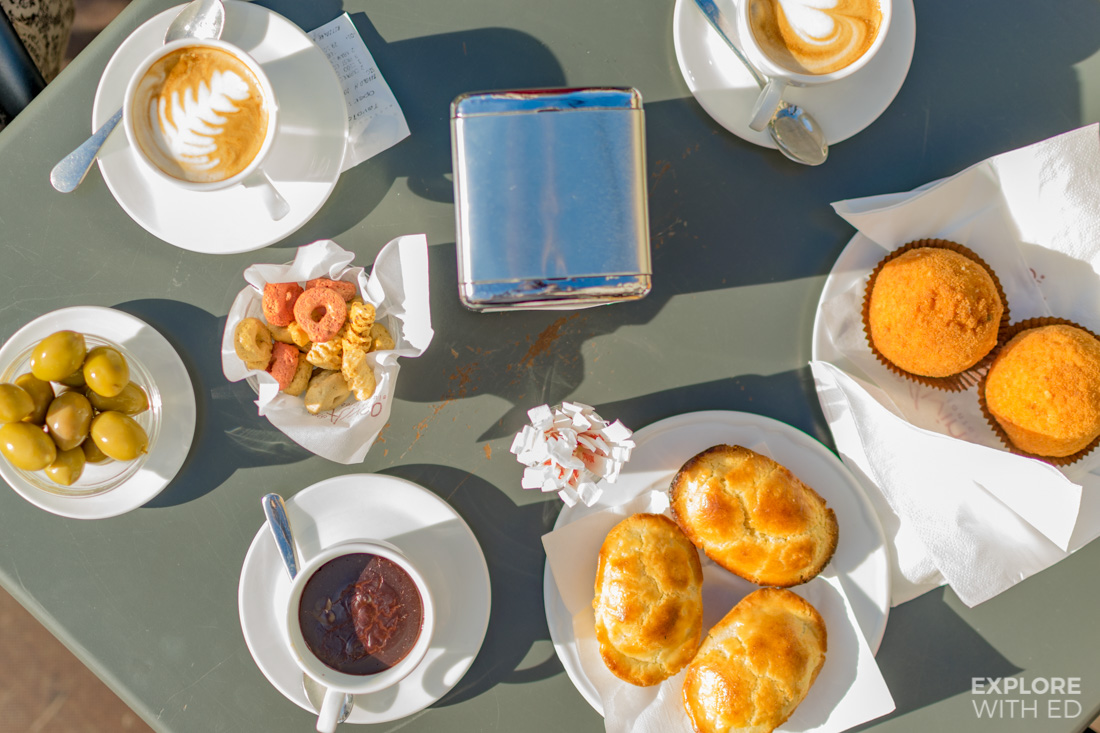 Sant’Oronzo square is a hub of cafes and restaurants such as ‘Alvino‘ which was recommended to me by the owners of an Italian coffee shop in Wales – thanks Bar Piazza! The ‘pasticciotto‘ custard pies were as good as I hoped, the pudding-like hot chocolate probably made this lunch way too indulgent, fortunately I had an arancini (filled with bolognese sauce) to tuck into as well. 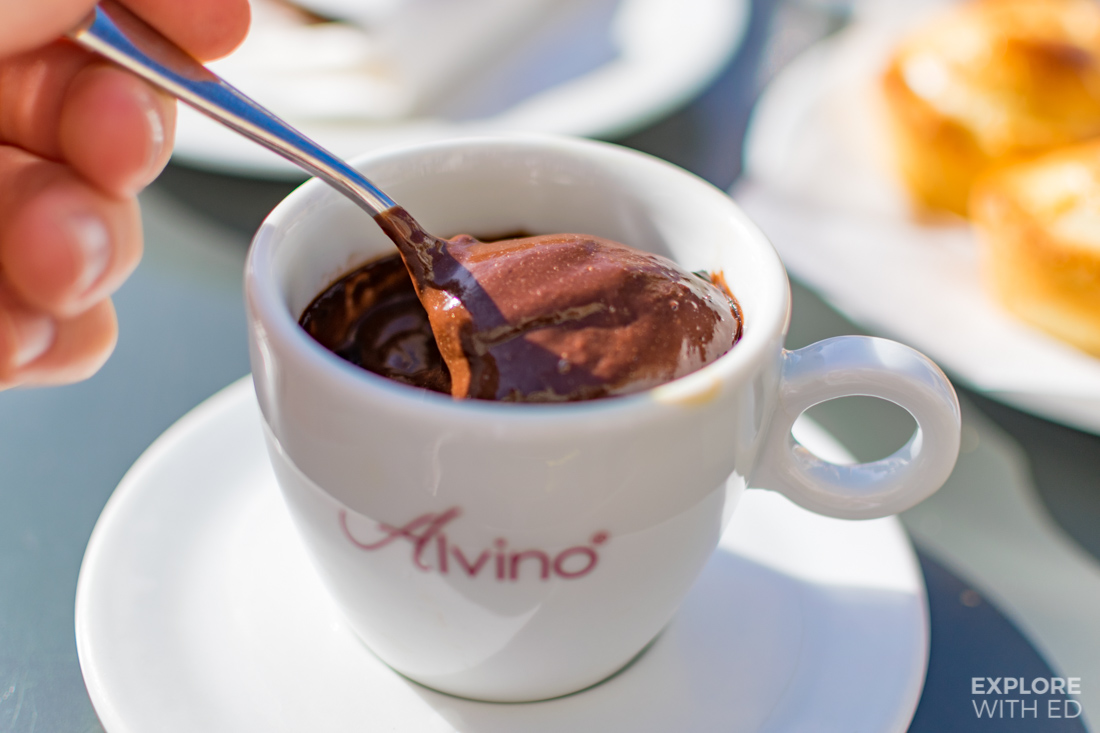 HOW TO GET AROUND | Lecce City Guide
Lecce is a very walkable city with most of centre being pedestrianised. The top sights are within minutes of each other and the train station is 1km from the Amphitheatre. If you base yourself in Lecce it may be worth hiring a car and exploring the UNESCO World Heritage Site of Alberobello or taking the train to the coast to see Puglia’s best beaches. 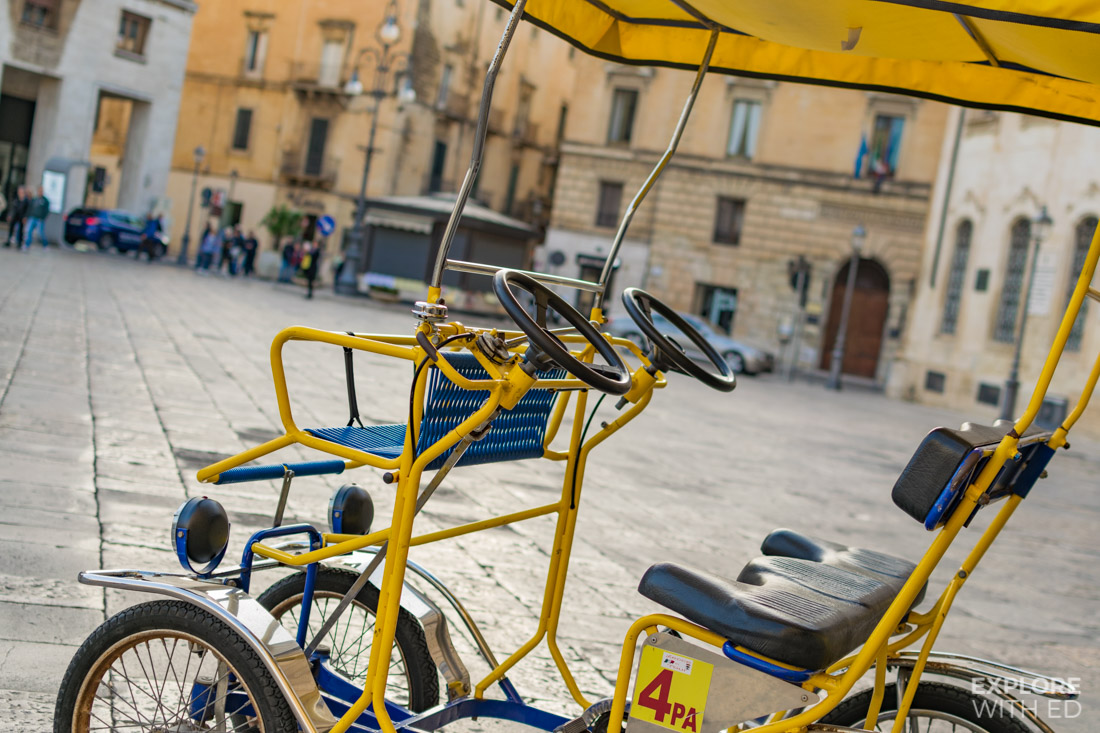 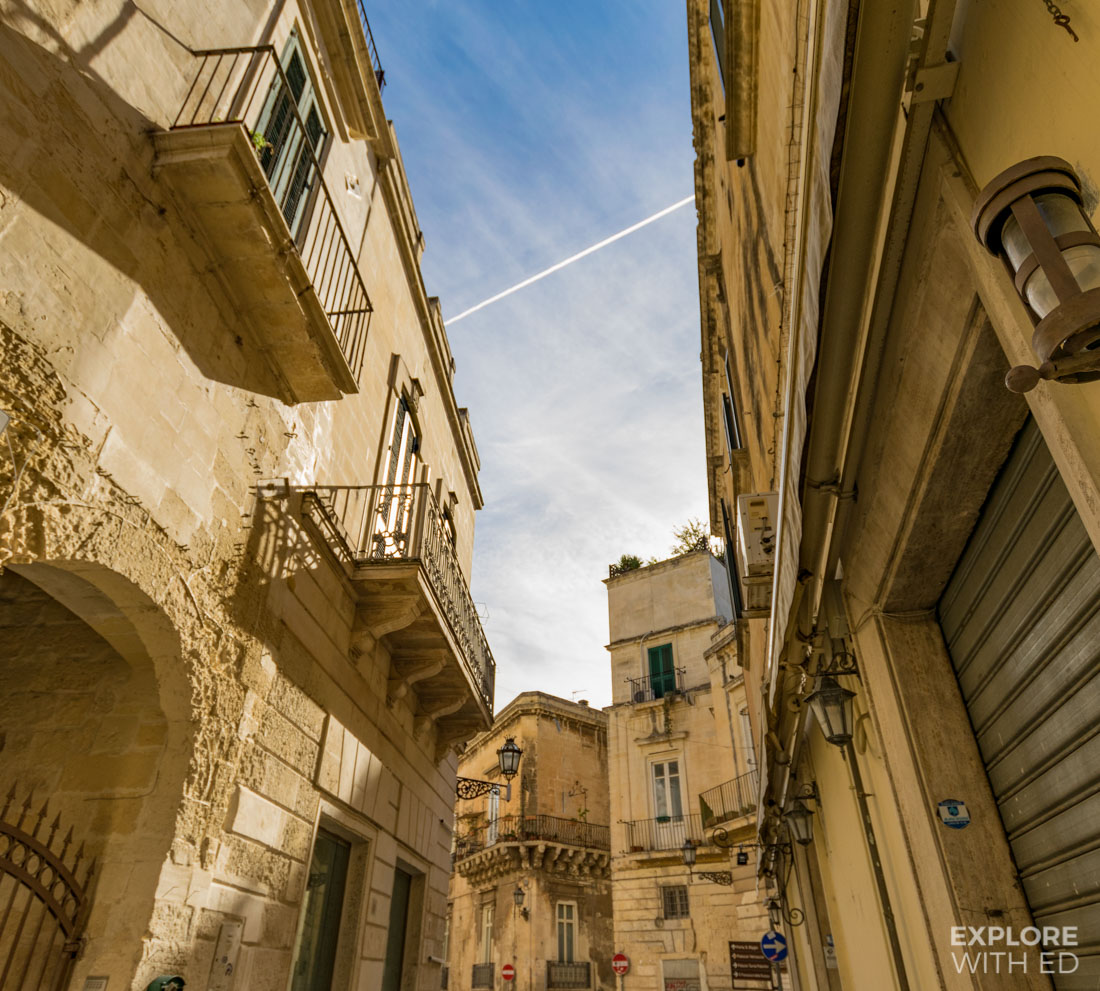 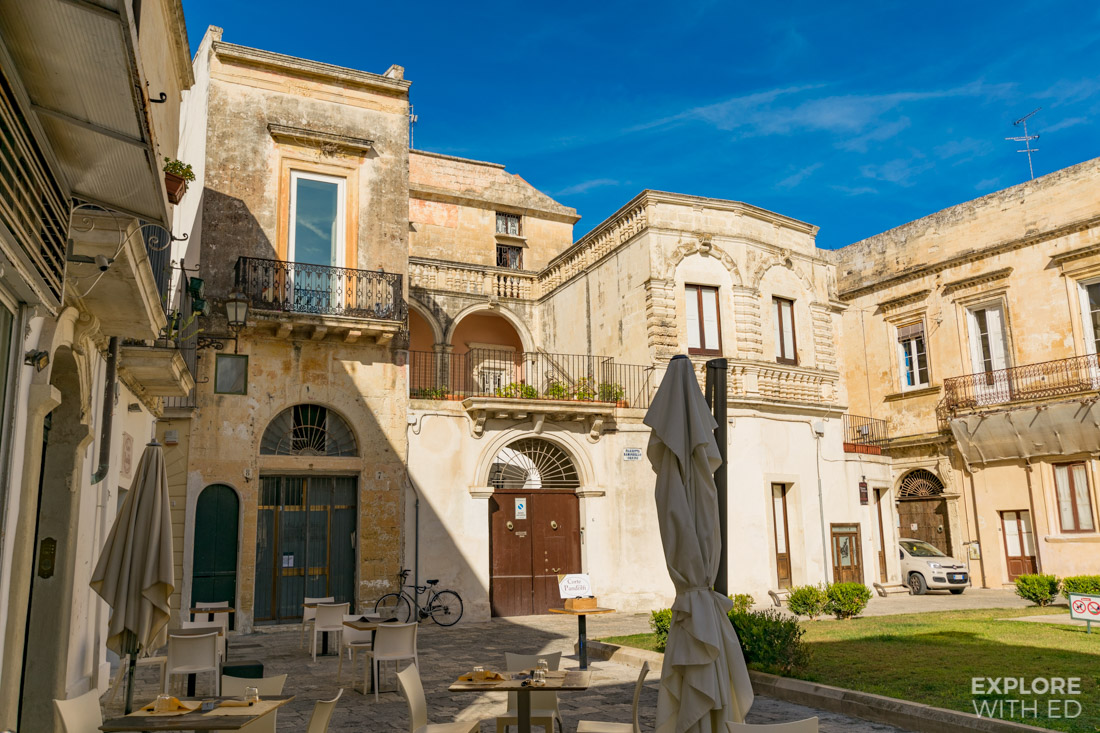 To get around the city centre I purchased my own Rickshaw from ‘Lecce In Tour’ located in Sant’Oronzo Square. This was a fun and inexpensive way to see more of Lecce’s beautiful Baroque buildings, but there’s also bicycle and walking tours available if you’d prefer to be shown around by an expert. 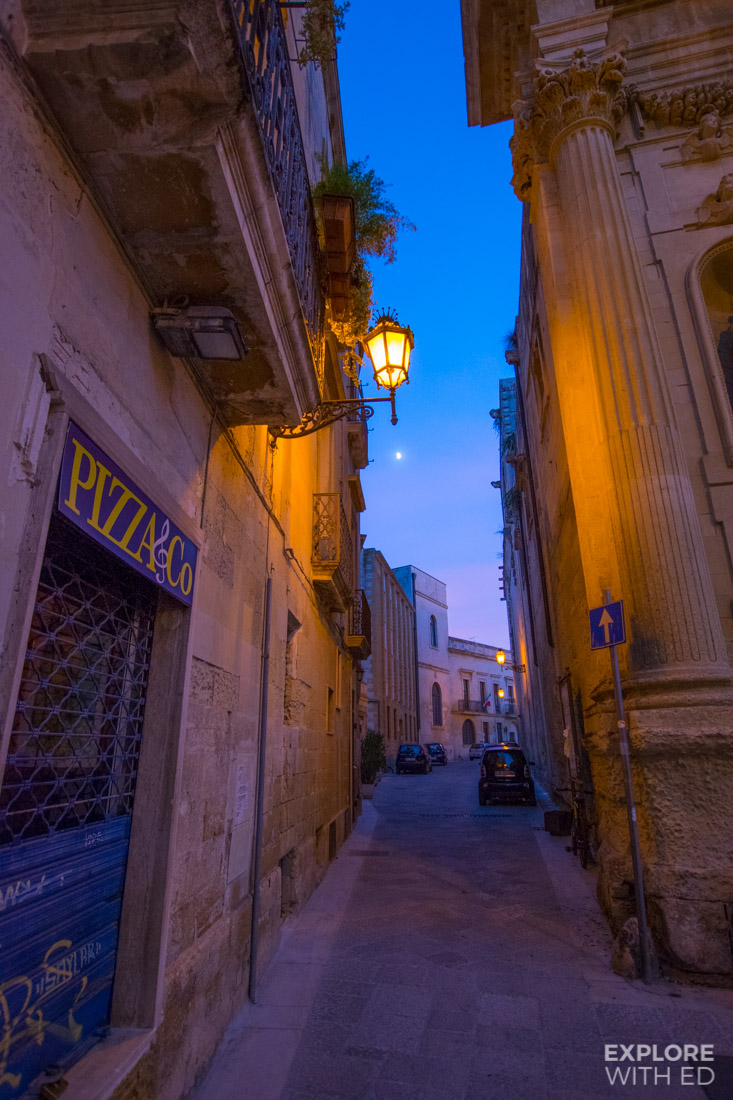 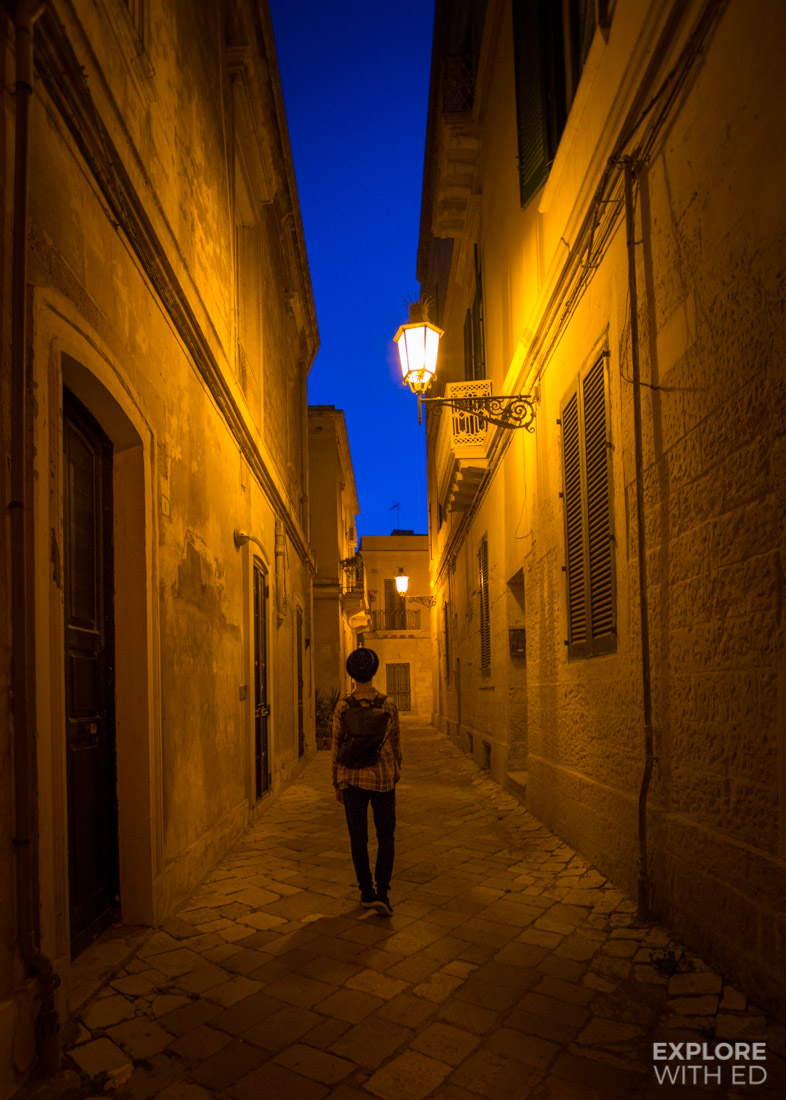 THE LOCAL LIFESTYLE
After a quiet afternoon exploring Lecce the city came to life at dusk with families young and old meeting up or heading to church. It’s wonderful to see daily traditions like this going strong in the age of the internet that keeps a lot of people (including me) indoors more frequently.
Lecce is perfect for a weekend city break, particularly if you’re planning a longer stay elsewhere in Italy or have been to major cities like Rome and Venice before. My visit was off-peak in late October and it was pleasantly warm and not too busy. 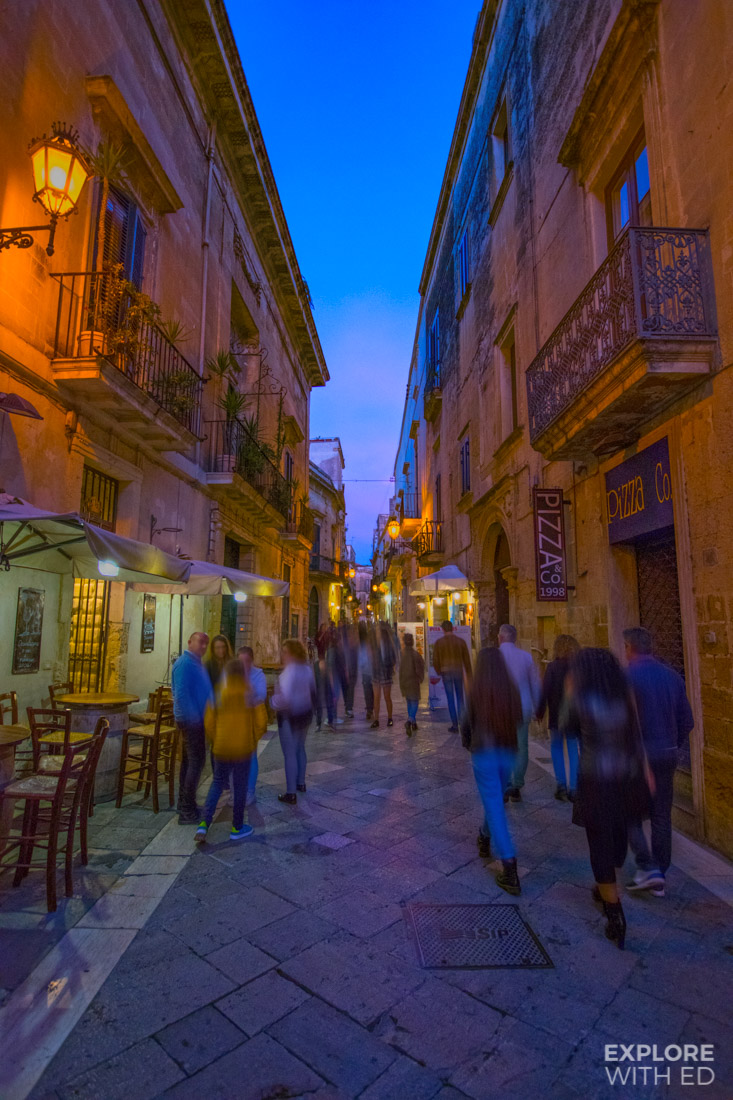 Further reading: Tips for a cheap city break to Rome and Inspiring photos of Rome at night