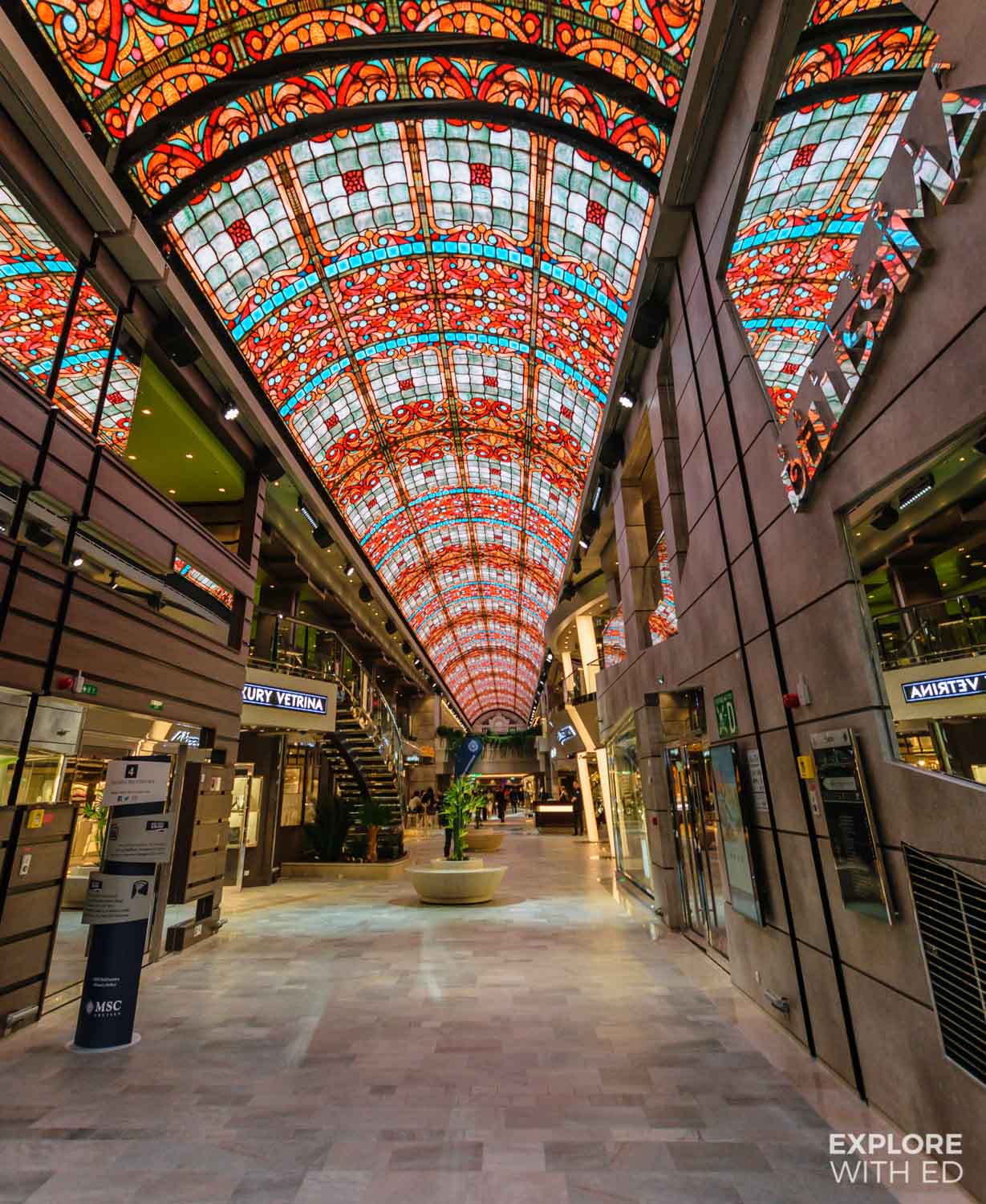 MSC Bellissima’s arrival in Southampton has been hotly anticipated since it was announced a year before that it would be launched in the UK. It’s the largest ship to ever do so in Britain, able to carry over 5,600 passengers with 20 bars and lounges.
I was invited by MSC Cruises UK to be one of the first onboard Bellissima so I could share with you my experience and a ship tour video.

I stayed in a balcony cabin and was impressed by the technology and design with touch-sensitive lights, usb ports and even replacing cabin attendant door signs with switches. The one that drew most attention was ZOE, MSC’s new virtual cabin assistant, comparable to Amazon’s Alexa and Google Home. It’s a first at sea and ZOE has been has been rigorously tested with over two-million questions and can speak 7 languages.