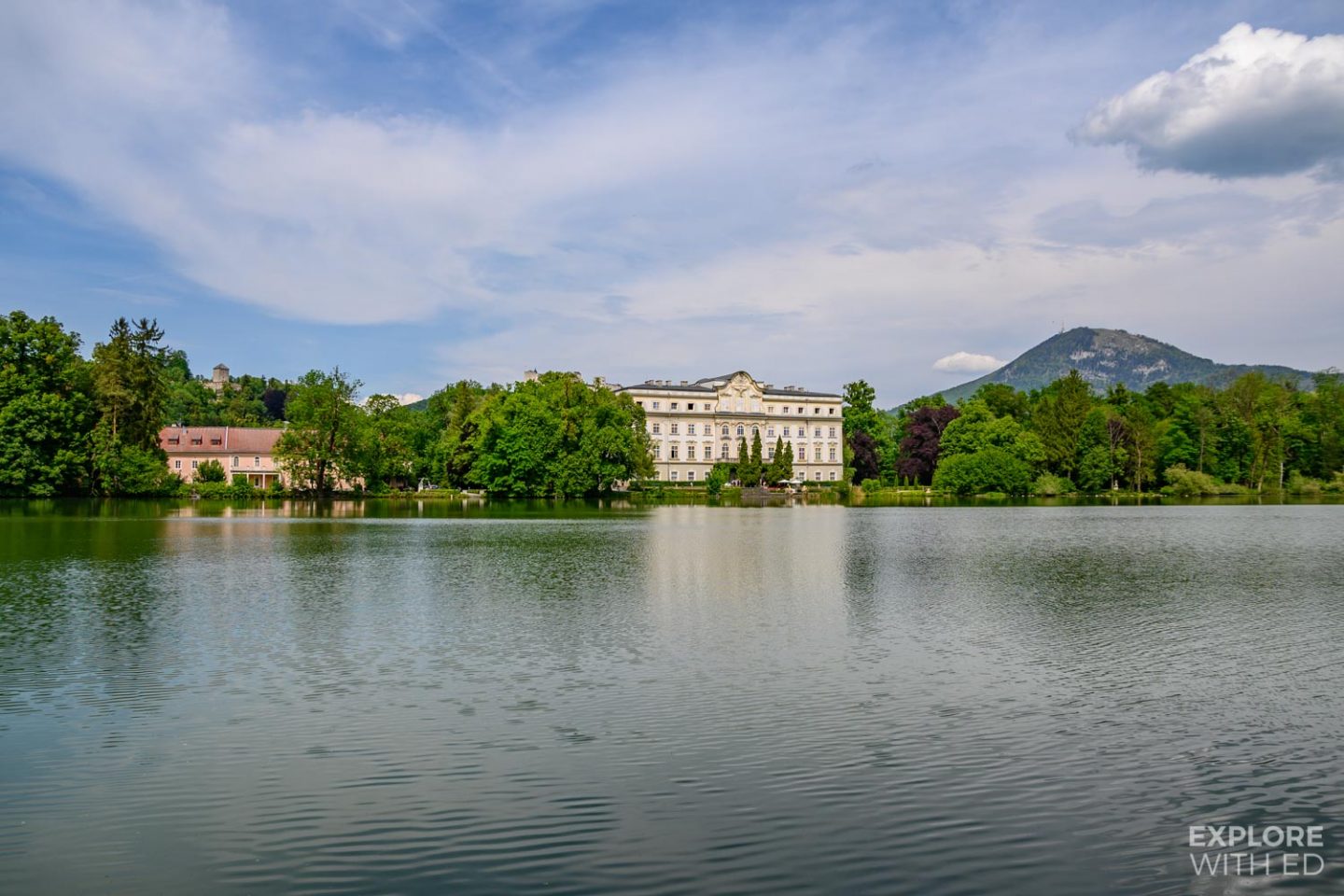 “The hills are alive…”, yes, like it or loathe it you know the words and so (a needle pulling thread) would feel compelled to whistle or hum along to Rodgers & Hammerstein’s Sound of Music as you tour the sights of Salzburg. Departing daily from the city centre is The Panorama Original Sound of Music tour, a 4-hour long guided excursion by coach that brings to life the classic film and real-life family. 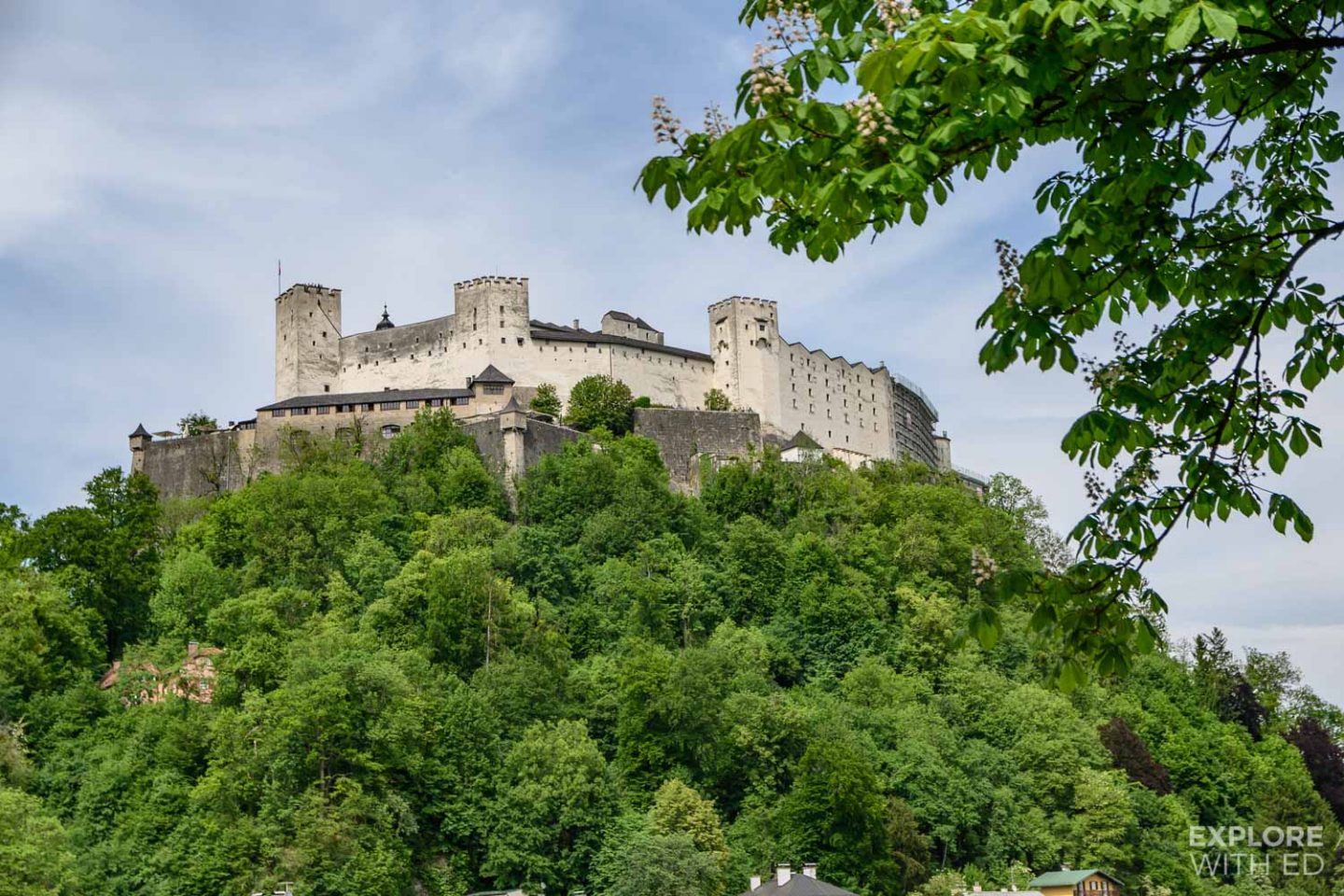 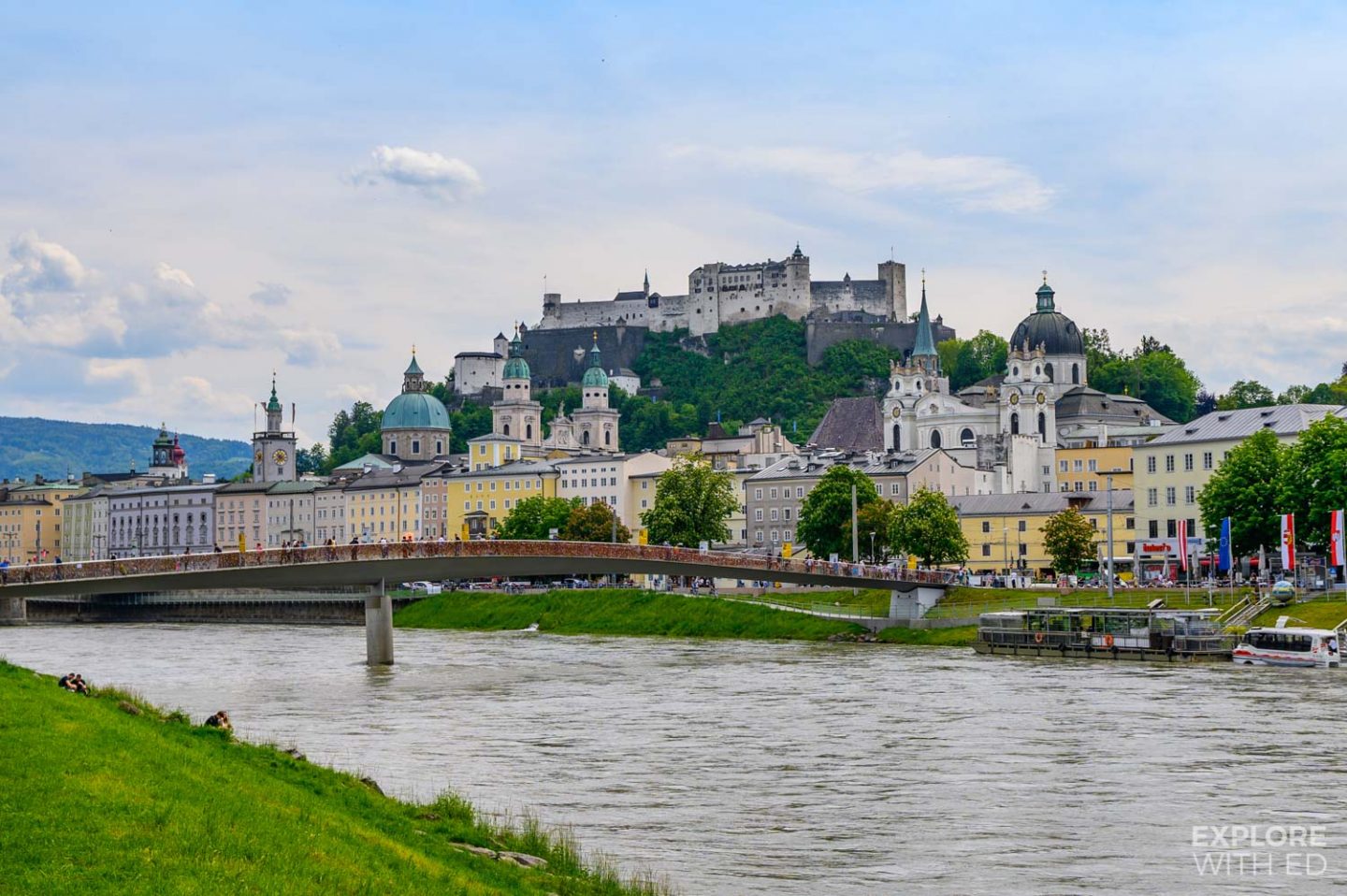 Circling Salzburg’s hill-top fortress we pass the red-domed Nonnberg Convent (where the real Maria joined as a novice), before departing the city centre to Hellbrunn Palace and spotting the house that was used as an exterior location for the Trapp’s family home. 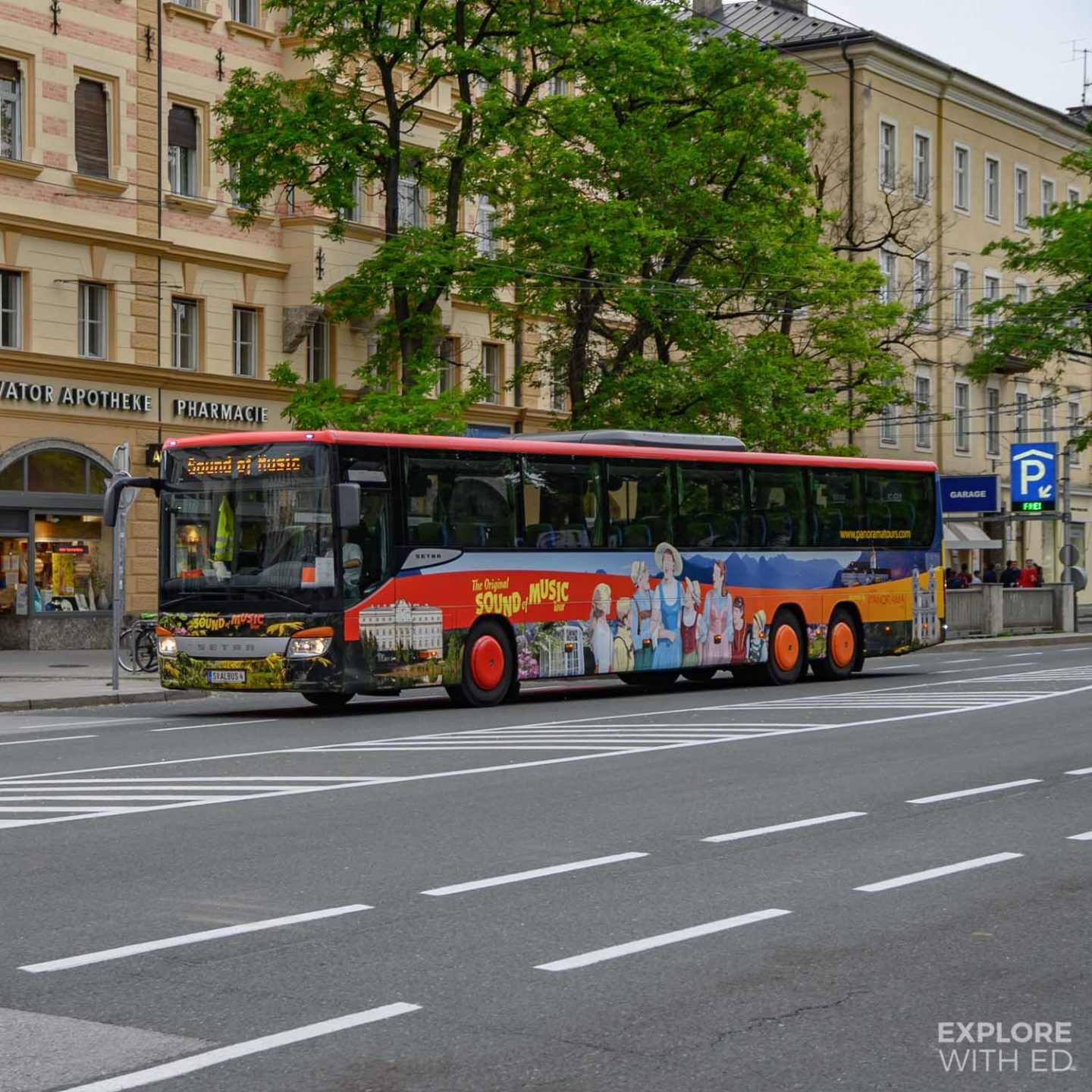 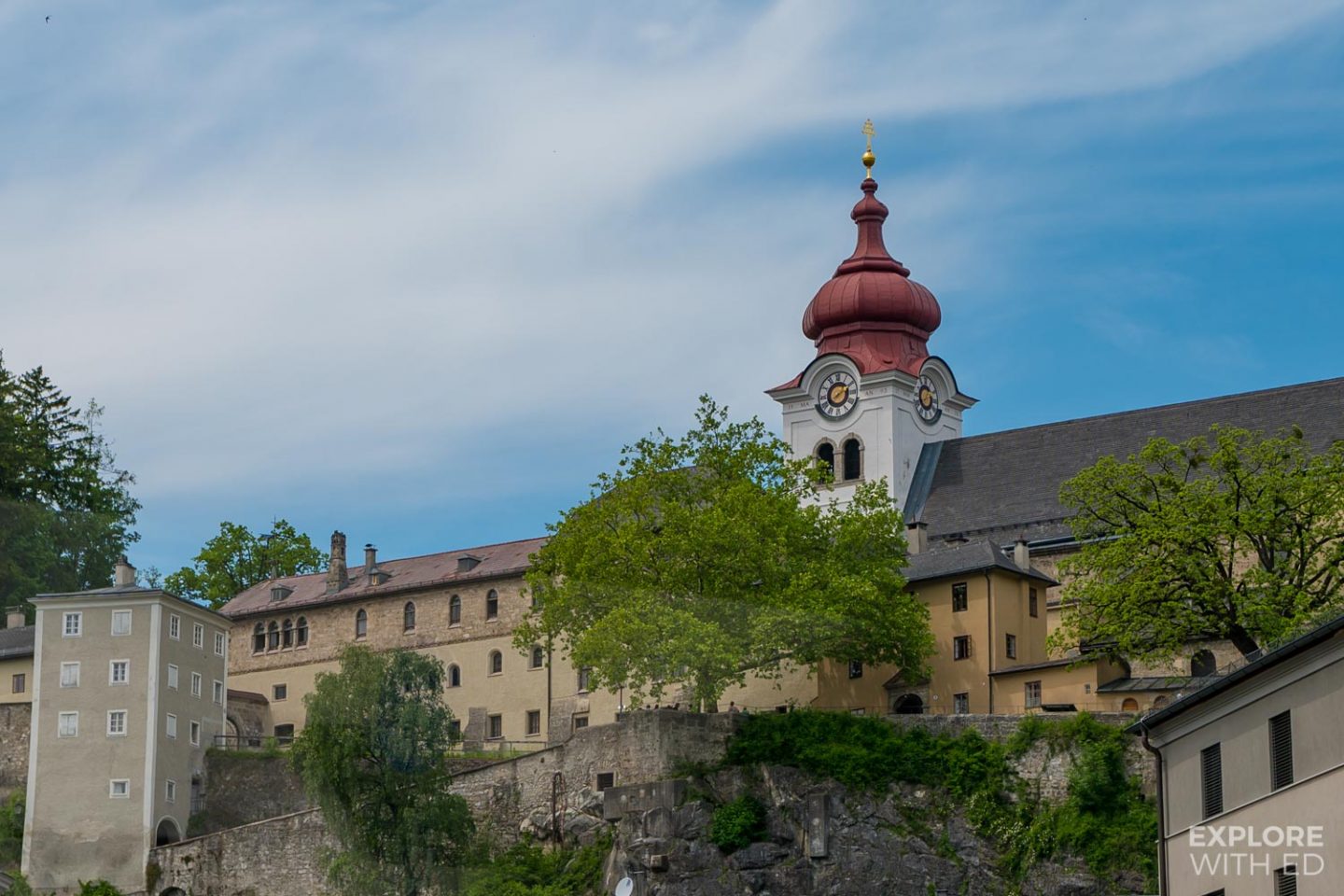 The Gazebo | Sound of Music Tour

Hellbrunn Palace is a grand bright yellow mansion surrounded by groomed gardens and fountains. It wasn’t the palace we were here to see, sheltered by the trees against the palace walls is the iconic glass Gazebo where Liesl sings her ‘sixteen going on seventeen’ number in a storm. The gazebo was actually relocated here and locked-up for conservation after being exposed to the effects of over-tourism at its lake-side residence. Even so, standing beside the gazebo proved to be a popular photo-opportunity that you’ll be eager to post on Instagram. 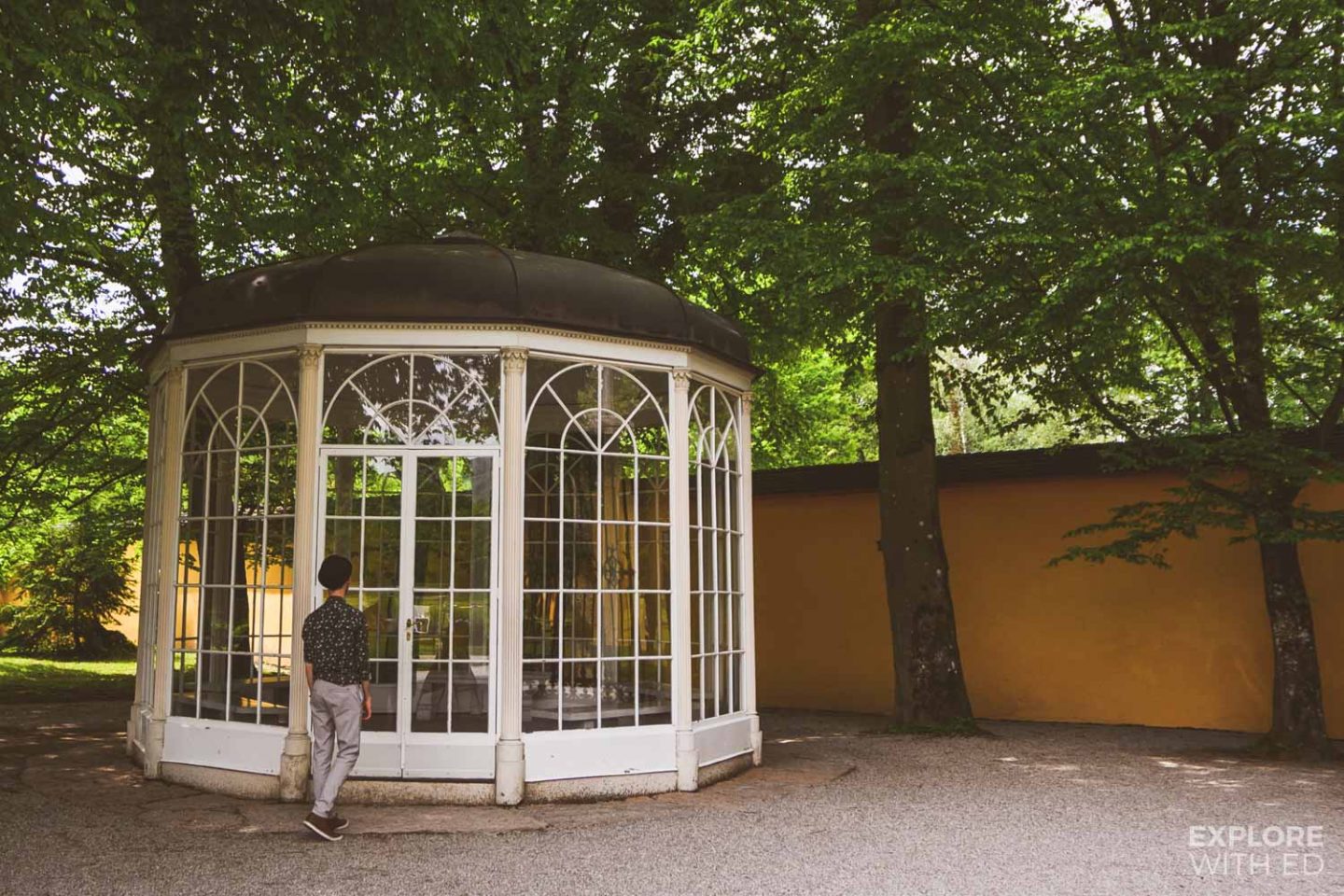 The next film location we visited is the lake where Maria and the children fall out of the boat – a tranquil spot that’s popular with fisherman and flanked by snow-capped mountains and parkland. Interestingly, the house we passed earlier you’d expect to be here, on the lake, but it’s actually edited together to appear so. The grand white building is actually Schloss Leopoldskron, a grand hotel. 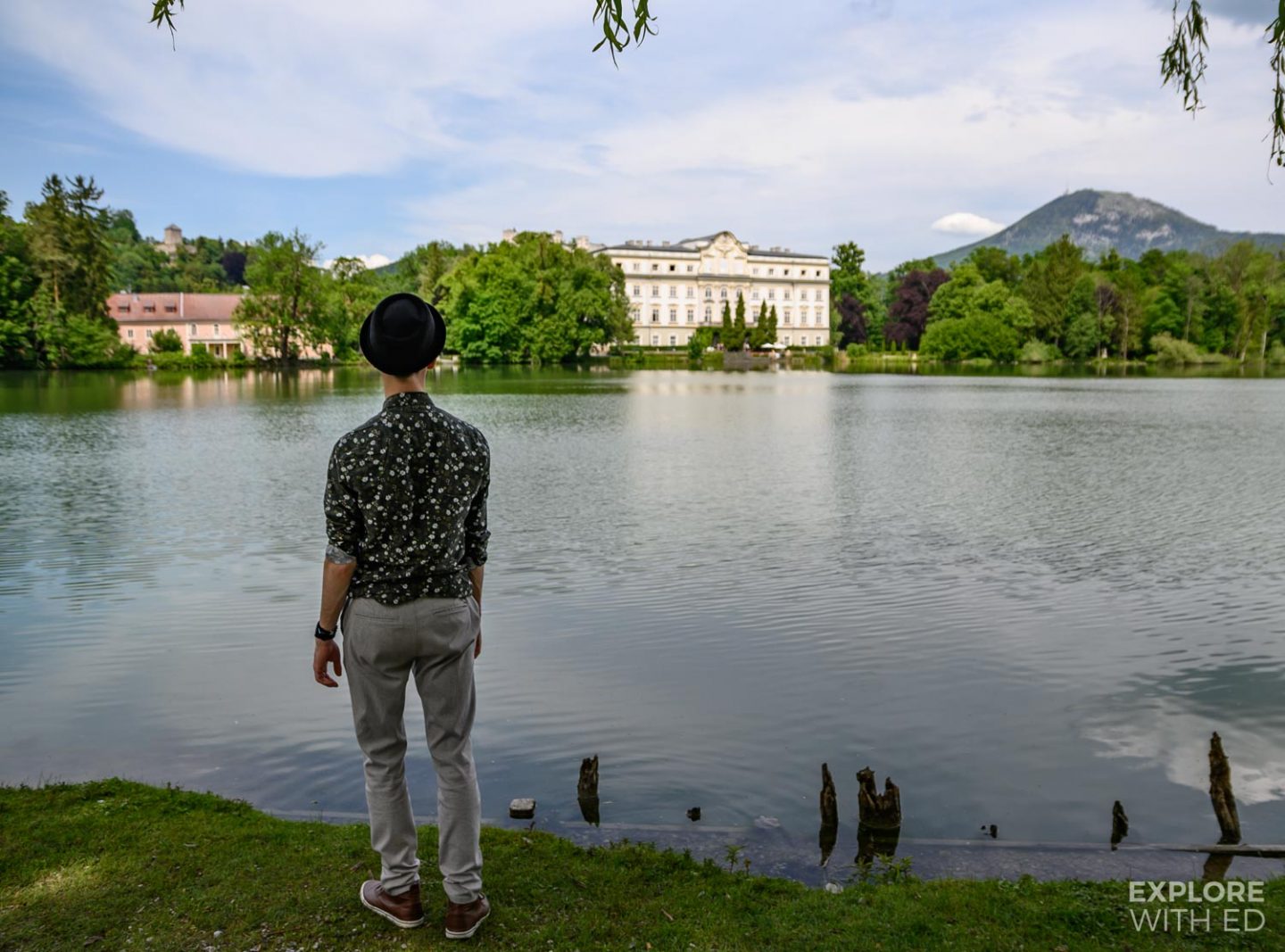 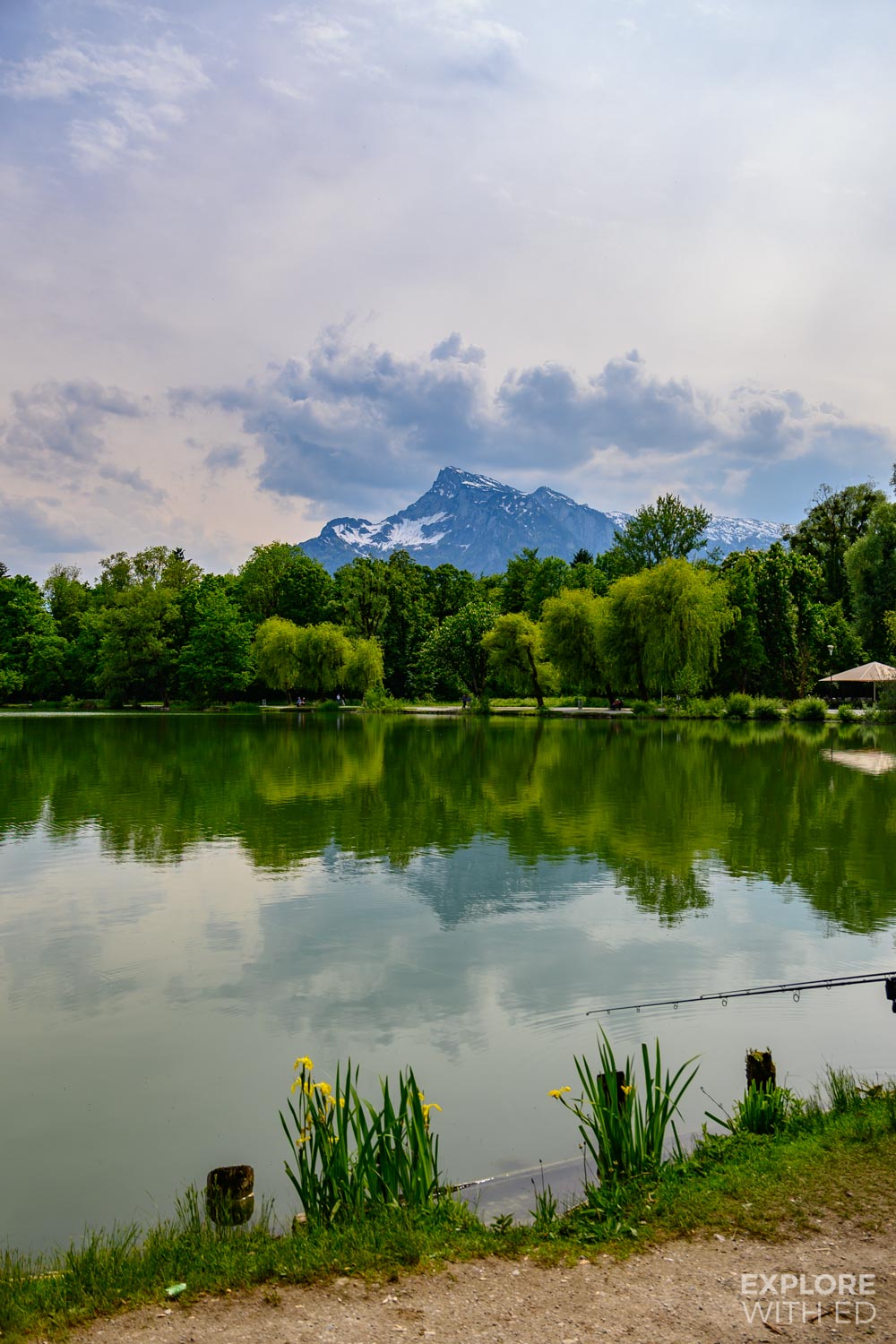 In one scene the Captain and Maria have a conversation by the lake, but in reality they were in two different locations (the power of editing!), just one of many interesting facts you learn on this tour.

Our Panorama coach tour then takes us further into Austria’s heartland to the Lake District as (rather amusingly) the Original Sound of Music soundtrack was played through the speakers – the guide even encouraged passengers to sing along as the rolling hills rushed by. 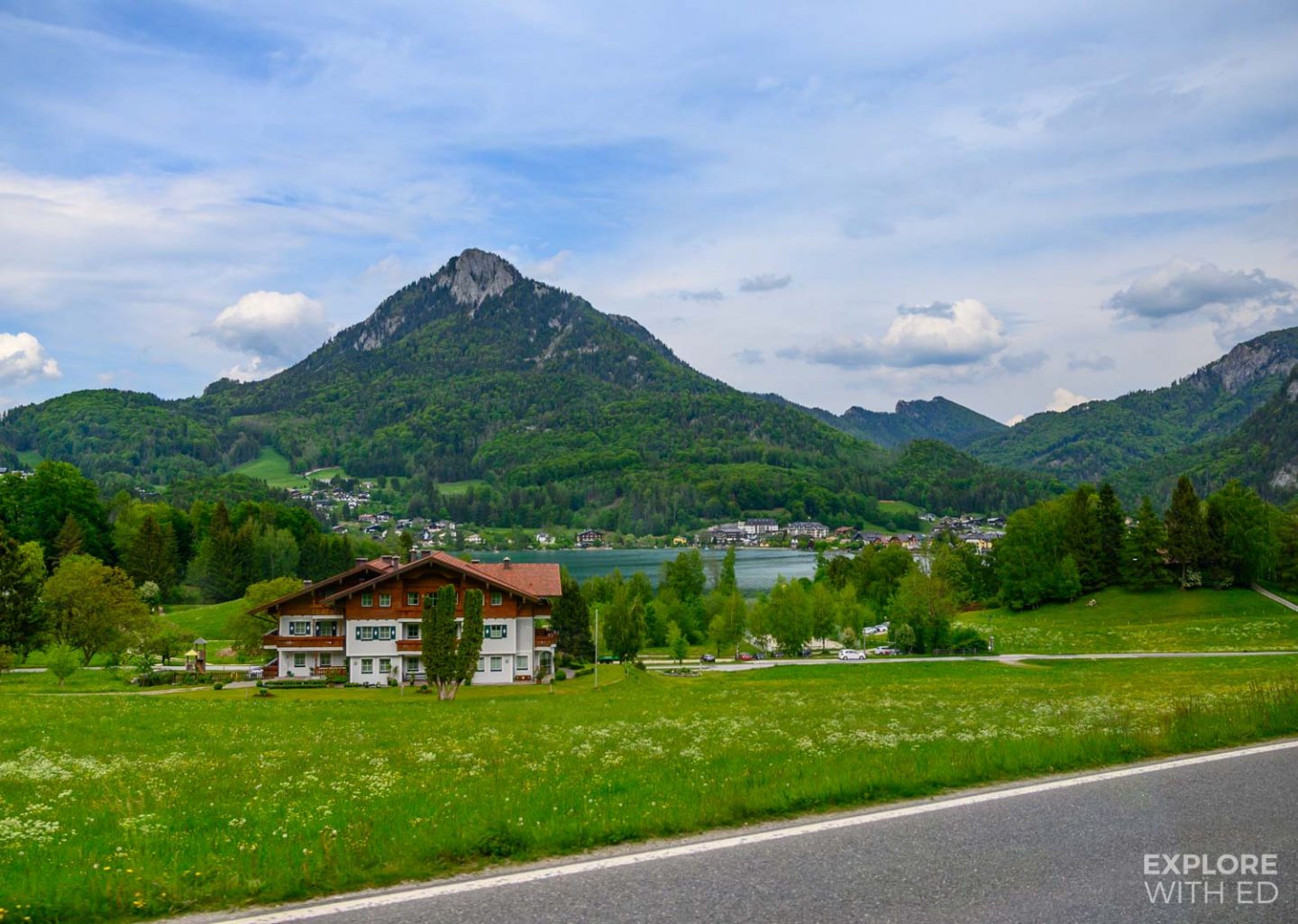 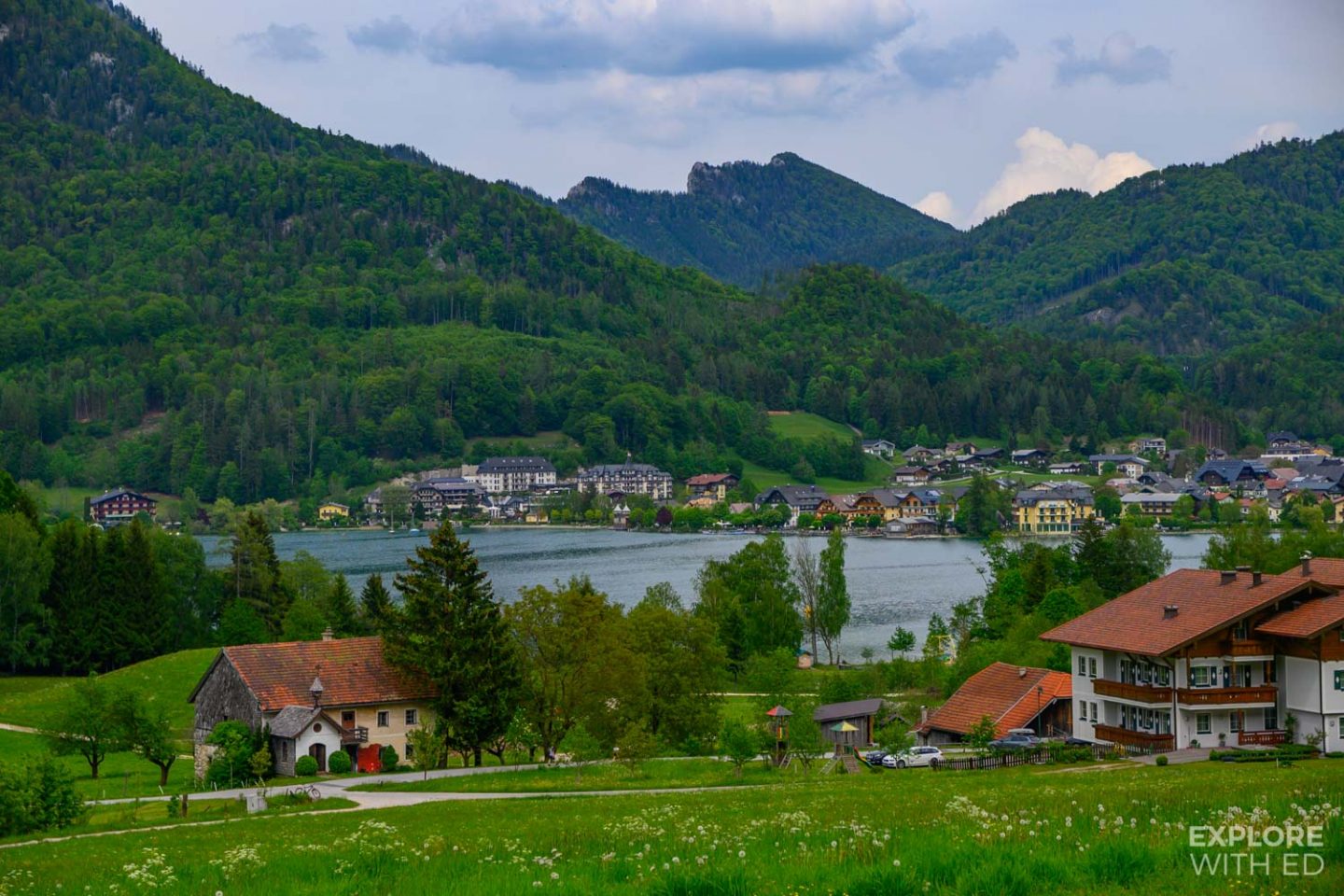 Next, we enjoyed my favourite photo stop of the tour which overlooked Lake Wolfgang and St. Gilgen. 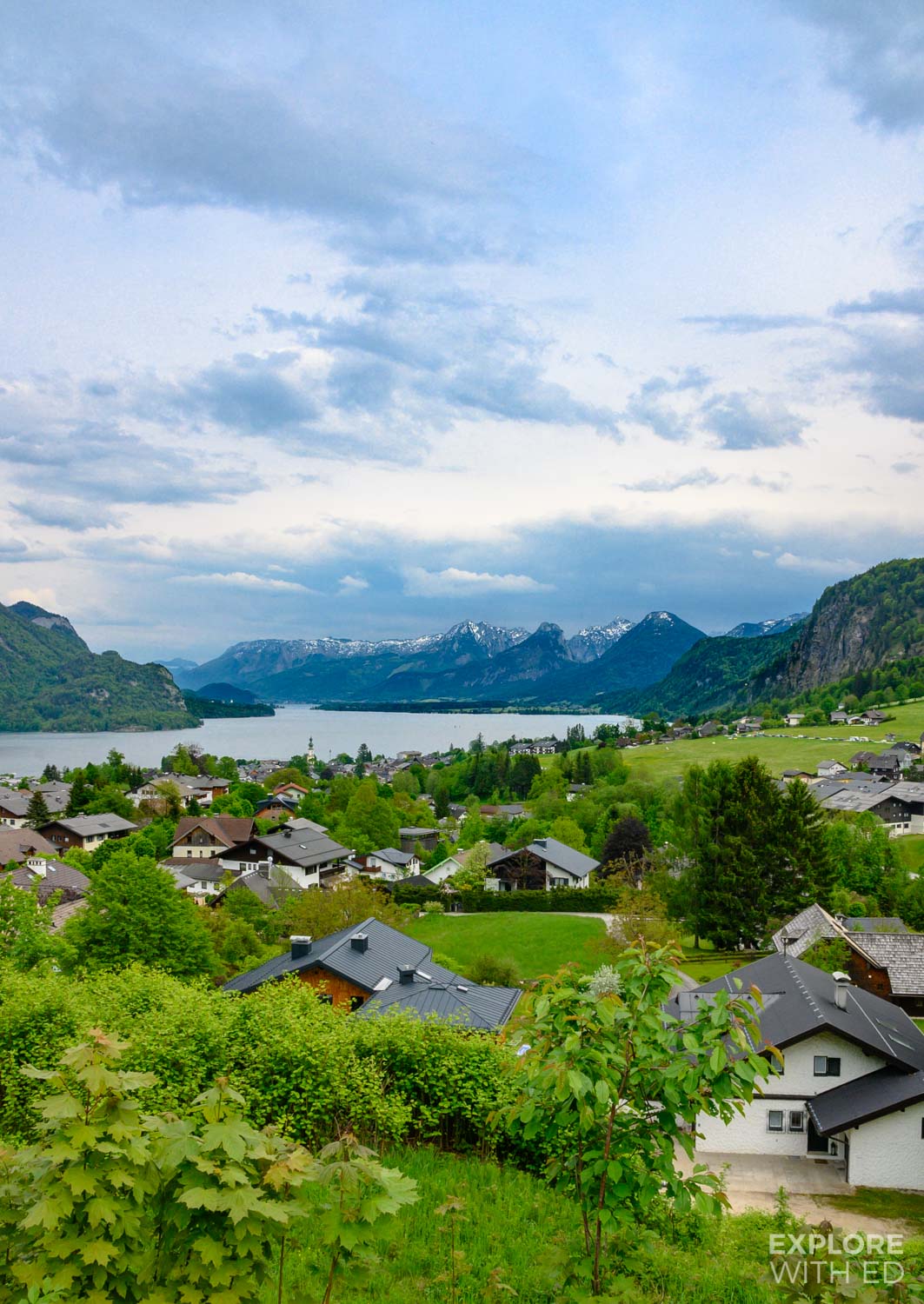 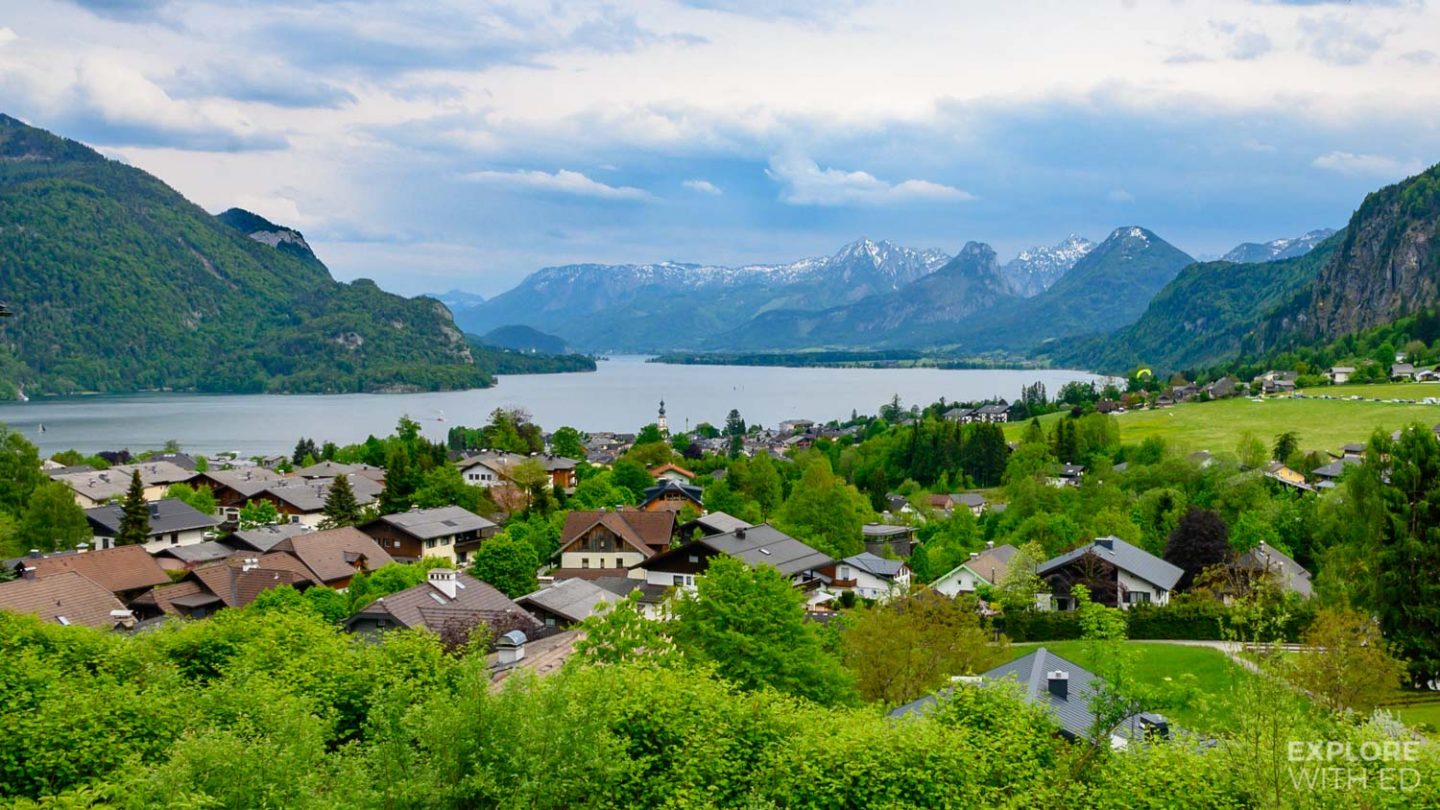 The Wedding | Sound of Music Tour

Heading down into the pretty village of Mondsee we opted to pay a few euros for a return journey on a trolley car into the village centre – otherwise it’s a 5 to 10 minute walk. We had some free-time to explore the village and chapel which was used in the film for the wedding. I’d recommend the trolley car as on the way back to the coach park we had a lovely little tour through Mondsee down to the lake. 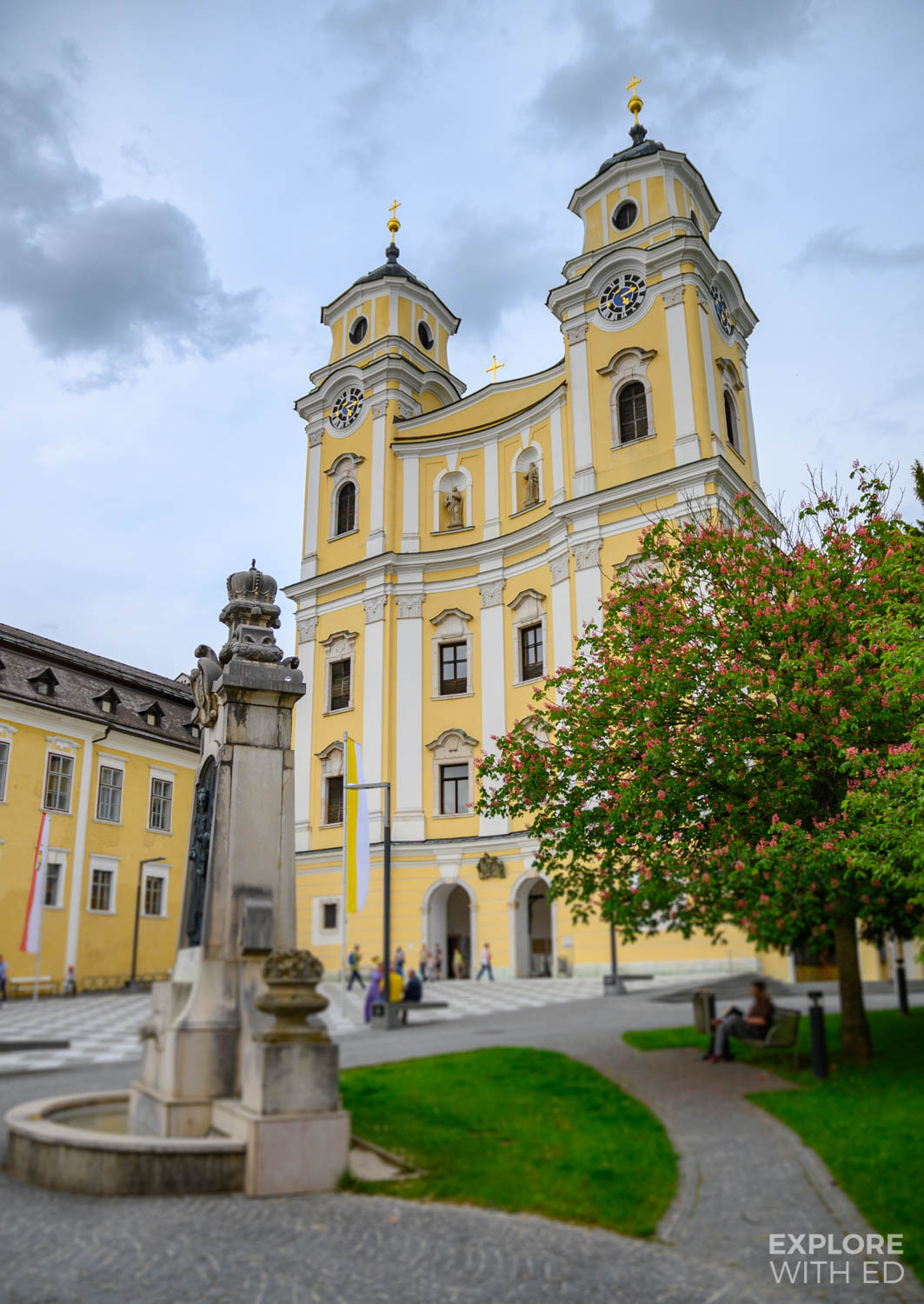 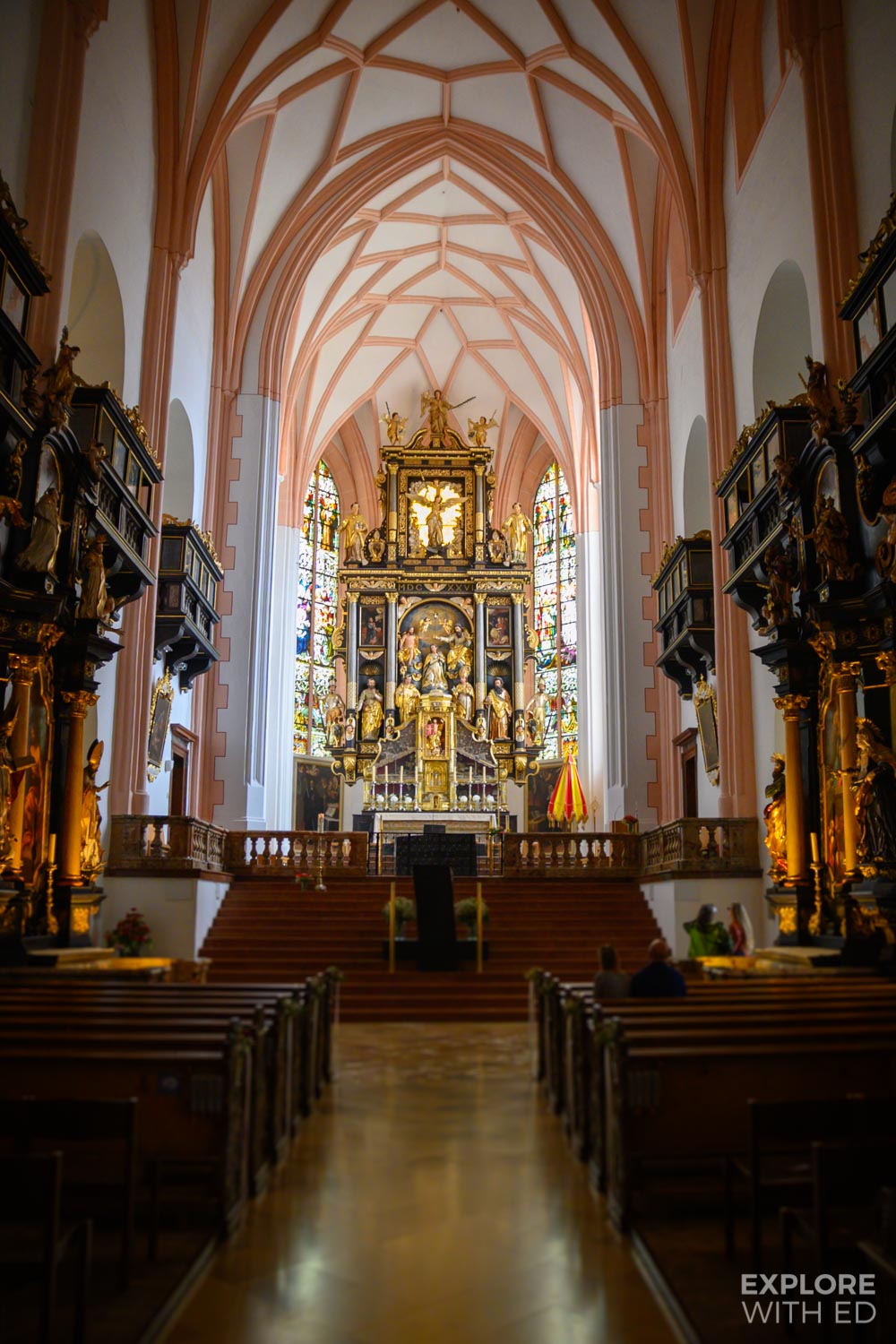 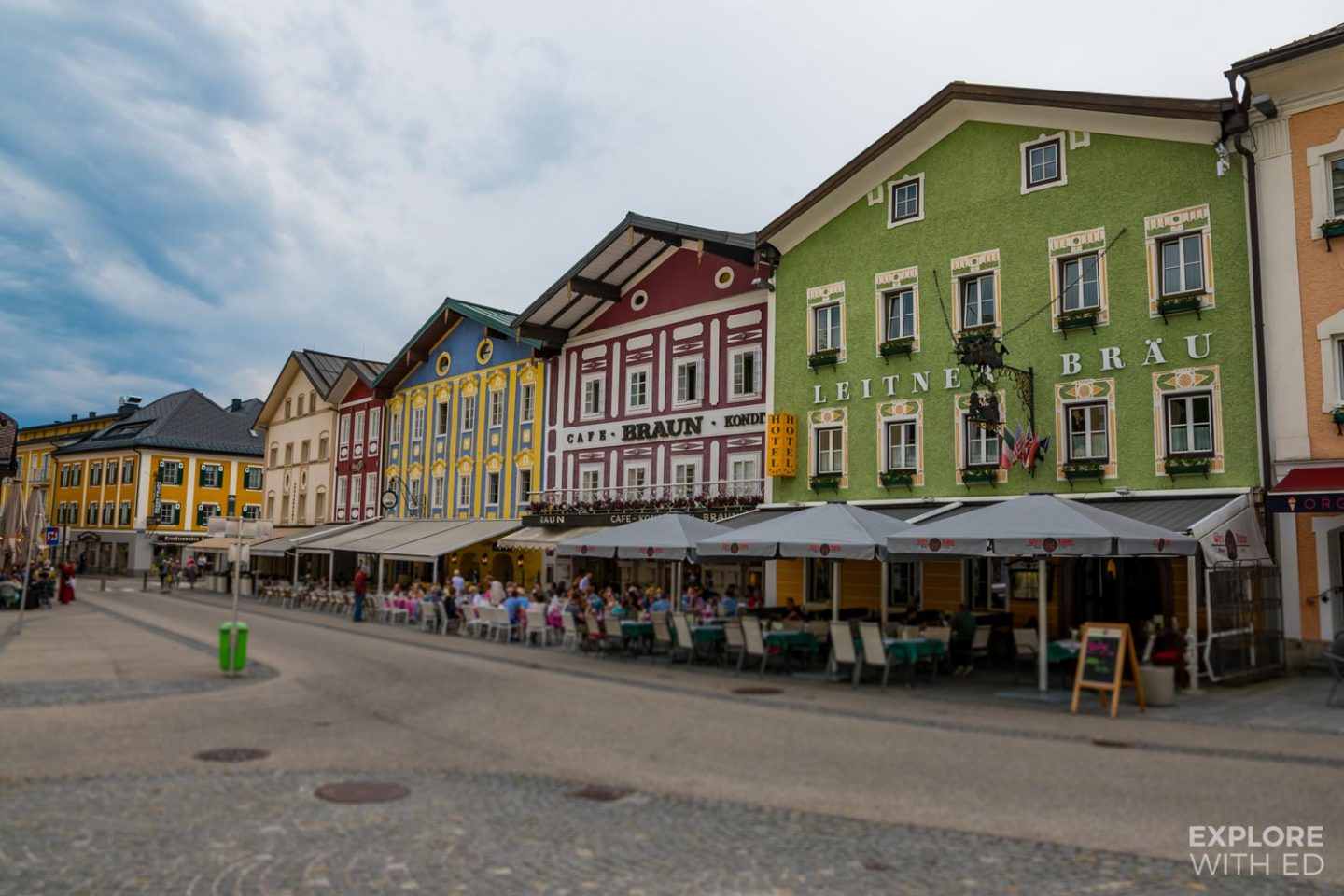 Related: The charming village of Eze, South of France

We watched a short video on the coach narrated by Charmian Carr (who played Leisl) and completed our sing-along to the soundtrack as we headed back to Salzburg. We were dropped off near Mirabell Garden where one of the most recognisable scenes of the film takes place around the Pegasus fountain and steps for the Do-Re-Mi song. 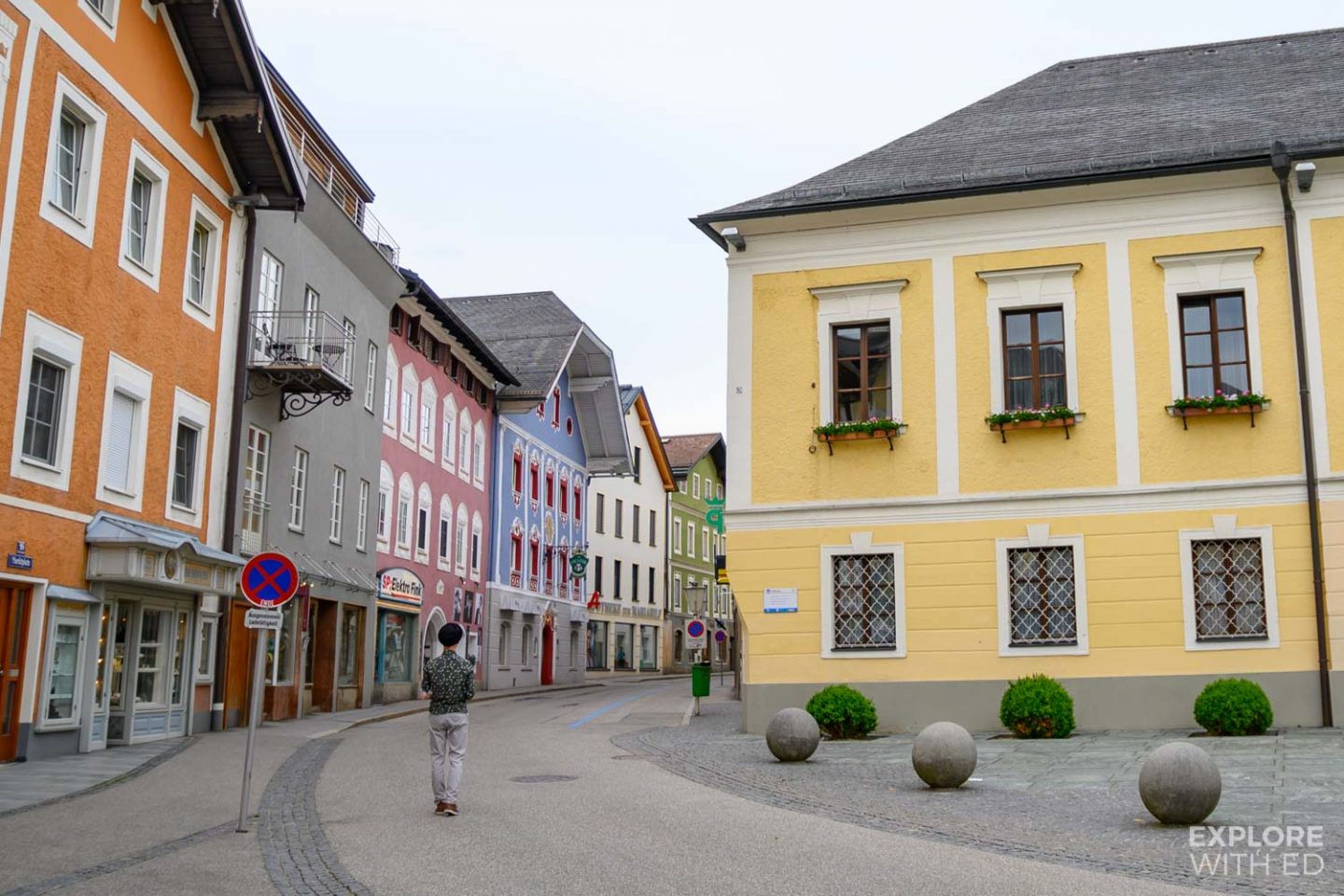 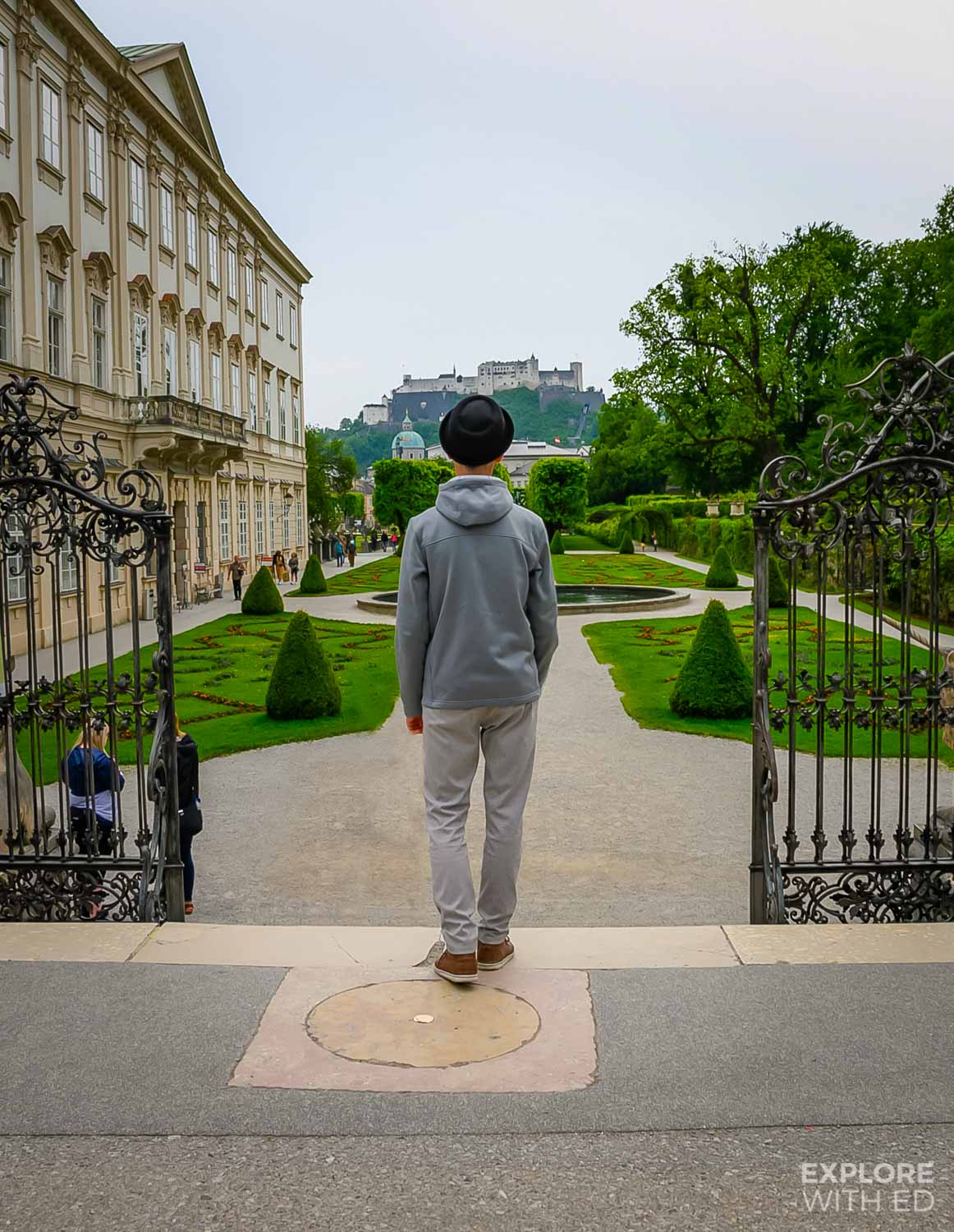 Whether you’re a fan of The Sound of Music or not, it’s a very enjoyable and light-hearted tour with plenty of beautiful sights to photograph – we even spotted Red Bull’s futuristic Head Quarters in Fuschl.

How to get to Salzburg from Munich | Sound of Music Tour

I visited Salzburg on the train from Munich, the scenic journey takes around 1 hour and 45 minutes – you can plan your trip in advance on the Deutsche bahn website and download the app for e-tickets. If you have free time after the tour or decide to stay in Salzburg you can of course continue your musical adventure through the life of Mozart – visiting the museum, his birth place and residences. I didn’t have time to do all of this, however we did squeeze in a quick lunch at Café Mozart. 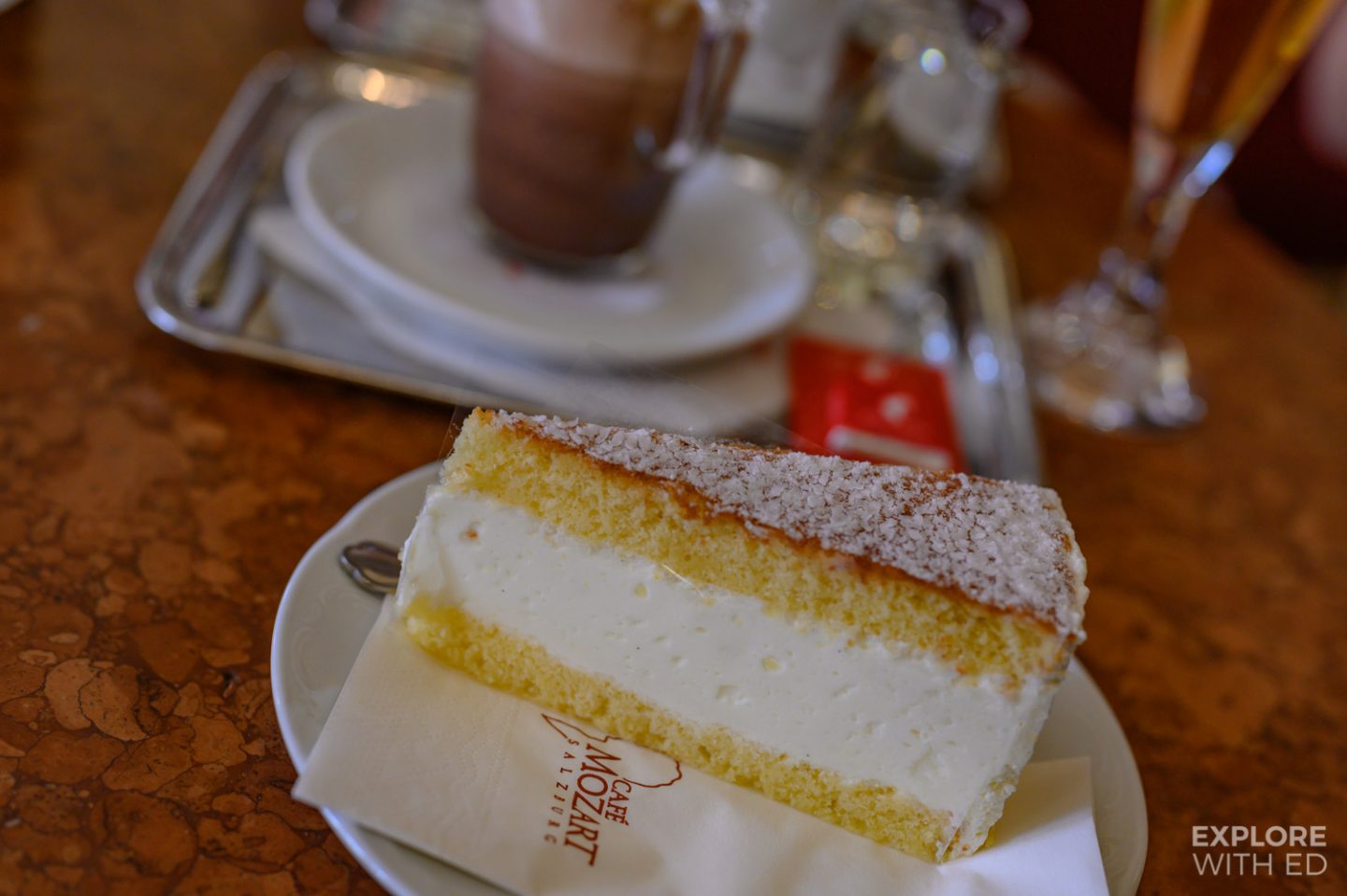 Related: A day trip to Neuschwanstein Castle in Bavaria, Germany

For more information about The Panorama Original Sound of Music tour, or the other itineraries they offer visit their website.
Note: The itinerary order may be vary, possibly to ease congestion if multiple tours are taking place that day.