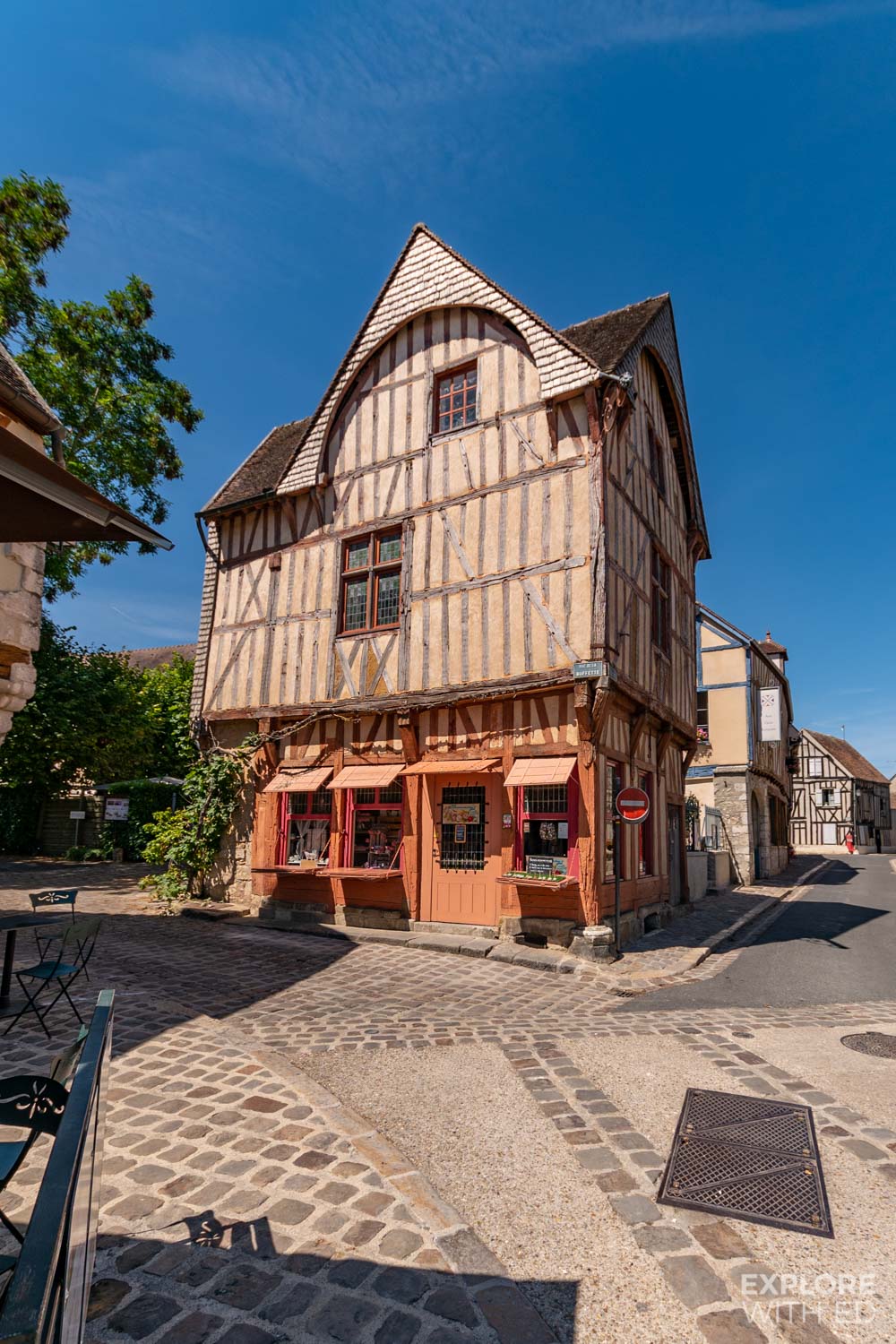 The pretty town of Provins, France is a UNESCO World Heritage Site, located just over 50 miles south east of Paris in the famous Champagne region. Its proximity to the French capital makes it a great alternative day trip from Paris to escape the hustle and bustle, particularly if you love medieval history. 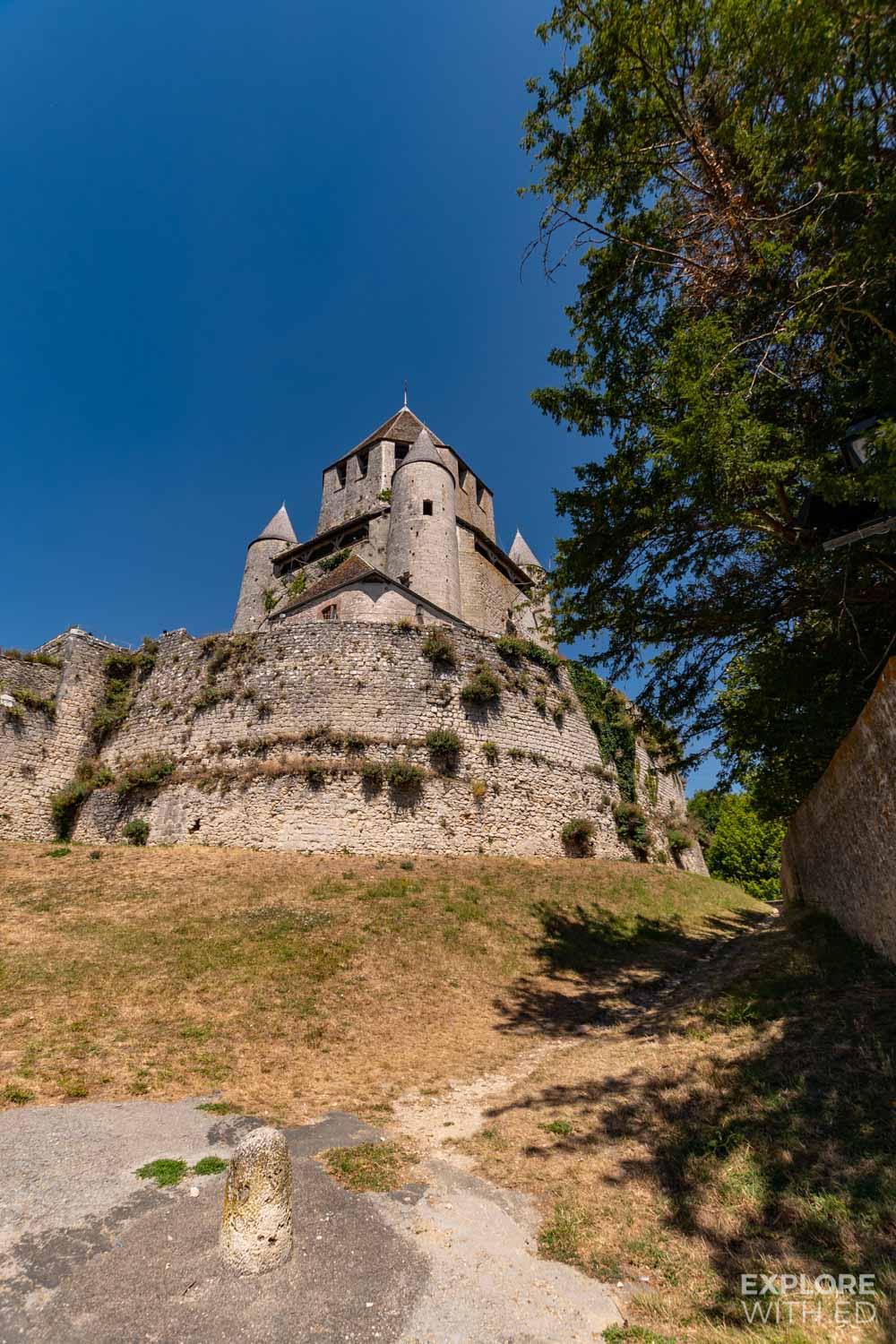 Provins, the town of Medieval fairs (not to be confused with the French region of Provence) was inscribed into the UNESCO World Heritage Site in 2001 as it preserved the architecture and urban layout from this time period. A meeting place for fairs and markets, particularly the wool industry, Provins was a hive of activity during the early years of the 2nd millennium when the Counts of Champagne ruled the area.

Related: Visiting the charming village of Eze, South of France 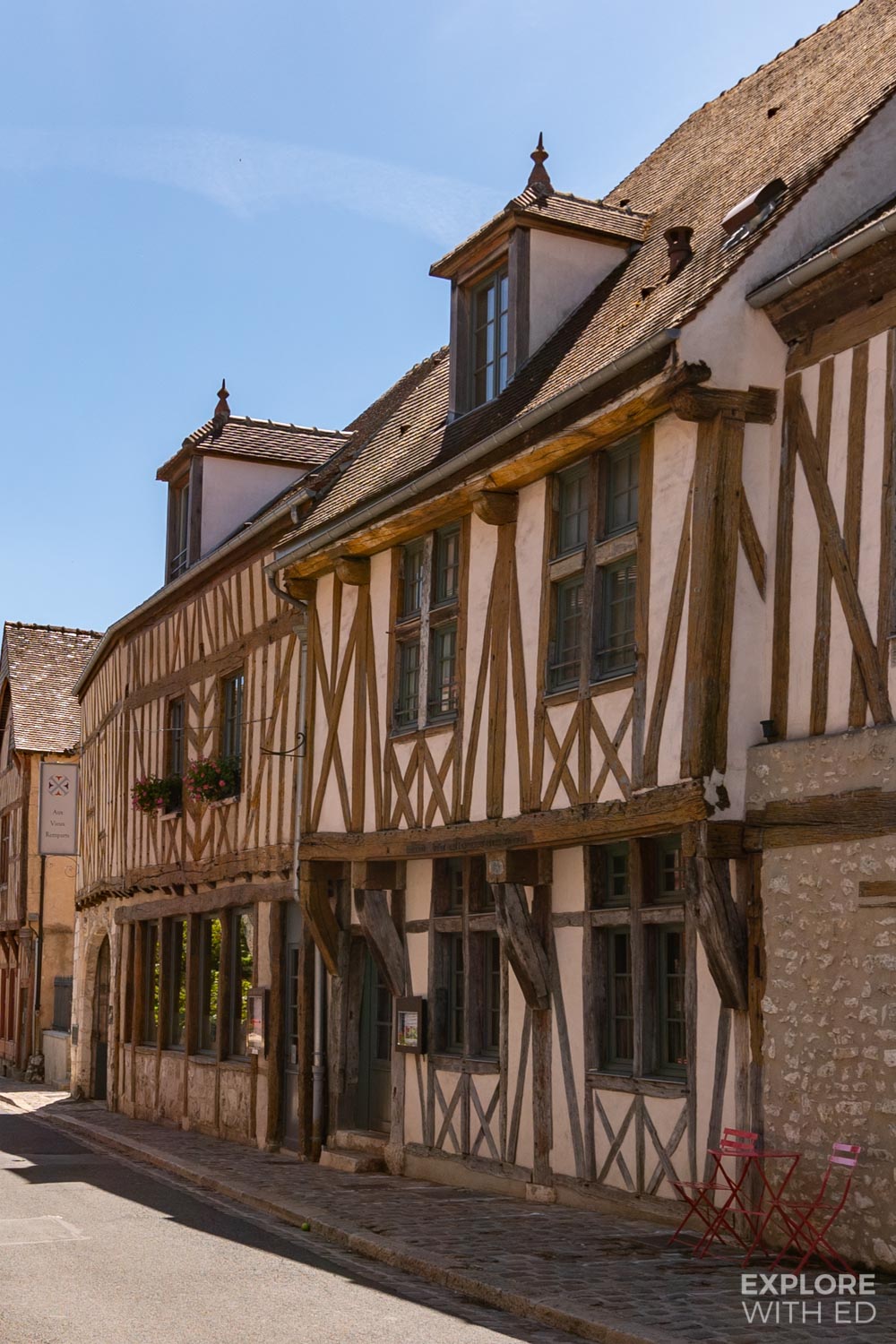 Today, many streets in the centre are lined with beautiful half timbered buildings in the shadow of Caesar’s Tower and Church dome.

Provins is only around 57 miles (1 hour and 15 minutes) by car from the centre of Paris and around 44 miles from Troyes, a larger historic town in the Champagne wine region. Parking in Provins is easy, there’s a car park just outside the Provins Tourism Centre on the edge of the town. 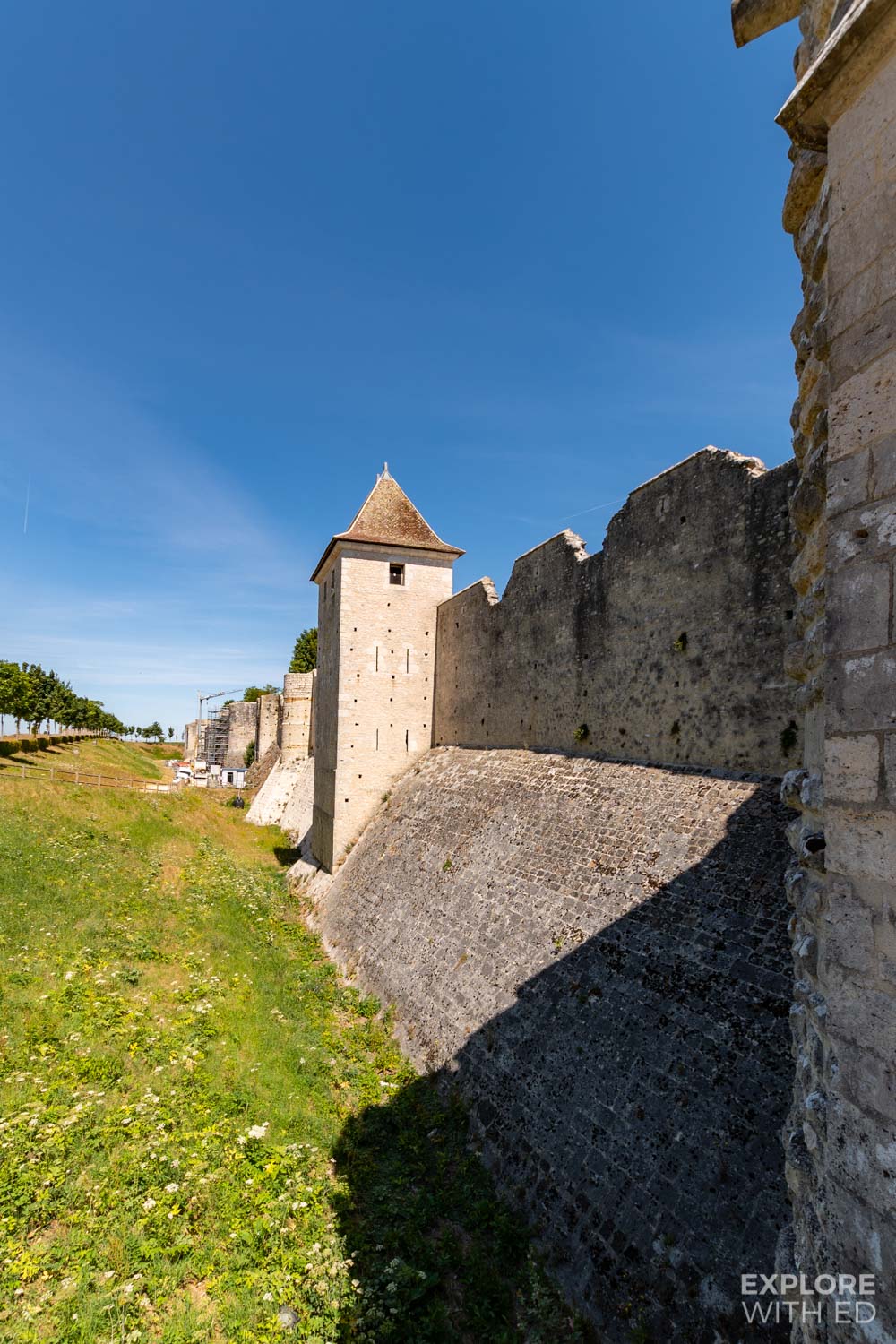 You can catch the train from Paris-Est to Provins and the journey time is roughly 84 minutes. For families, there’s a number 50 bus that takes you to Chessy station (on the doorstep to Disneyland Paris) in around 1 hour and 10 minutes. 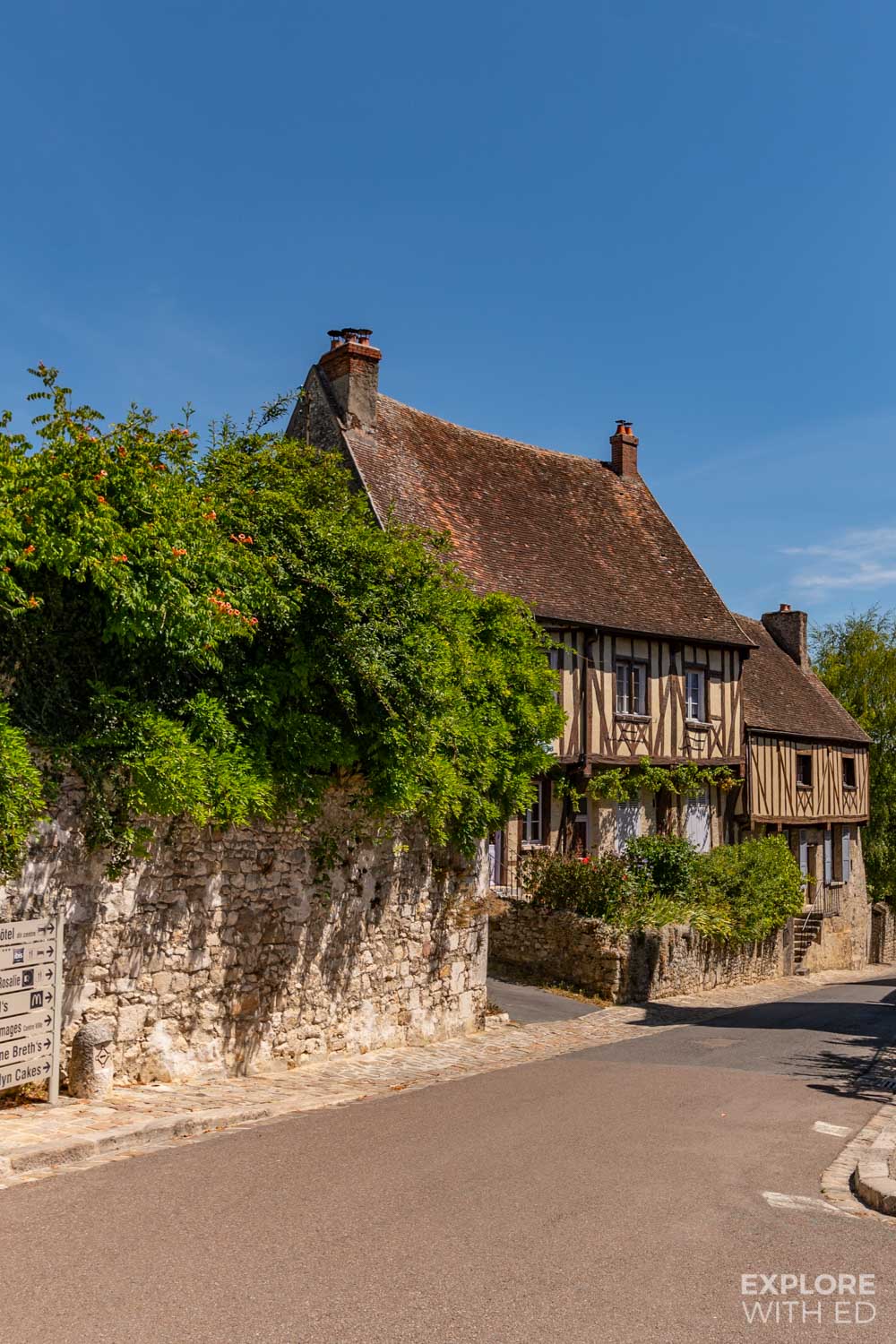 The Ramparts of Provins

Just after the Tourism Centre you are greeted with the impressive 25 metre high ramparts of Provins. Around 1.2km of the walls remain today (some restoration work was taking place during this trip) with a dried out moat that has been turned into a path and you enter the town through an arched gate. You can also walk along the ramparts by taking the stairs just to the left of the entrance leading towards an outdoor theatre where you can watch shows like The Eagles of the Ramparts certain times of the year.

Related: 15 photos that will inspire a trip to Saint-Paul-de-Vence 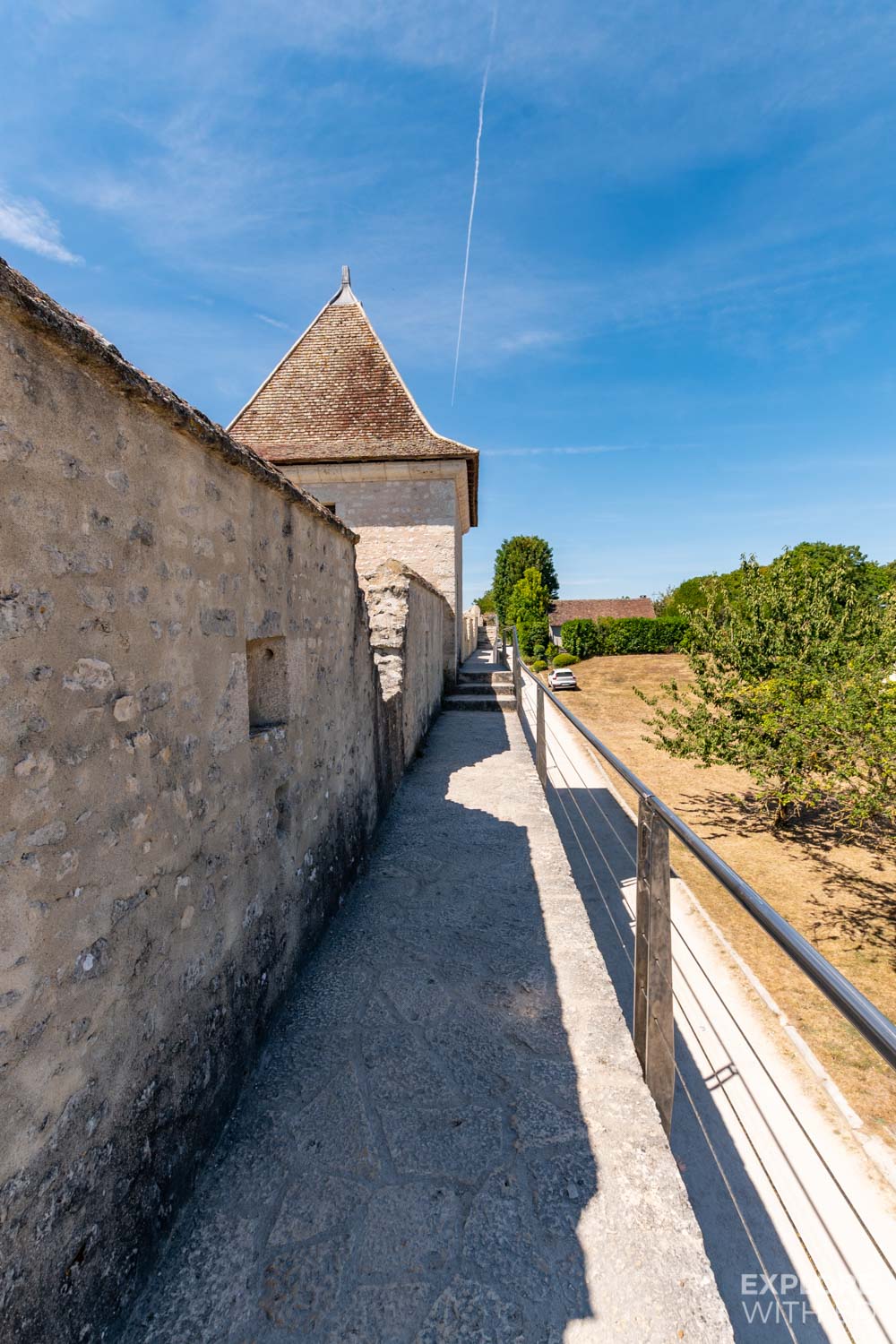 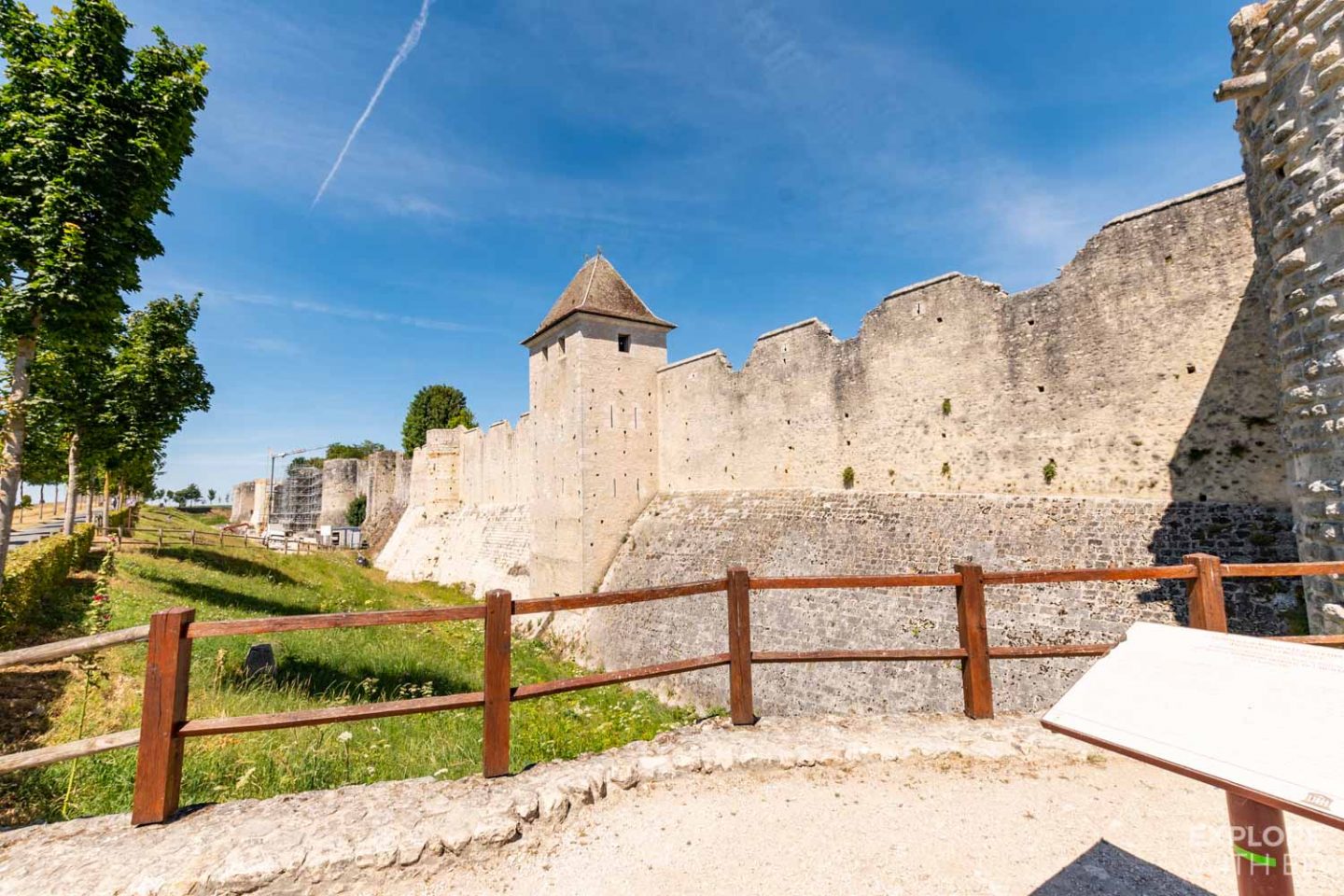 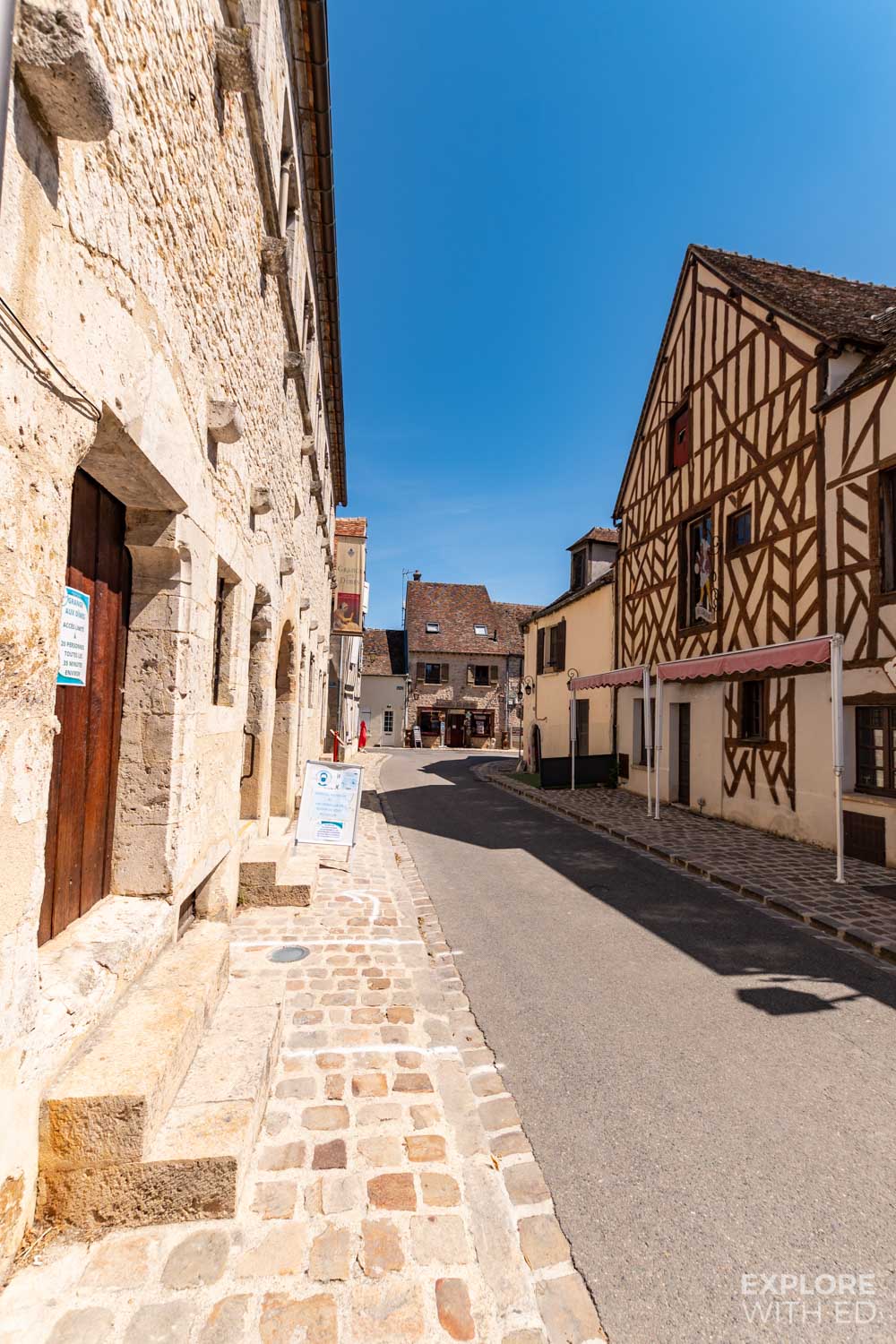 Restaurants and shops in Provins

Walking down the pretty cobbled stone paths of Rue Saint-Jean leads you to the Rue Couvetre and Place du Chatel, an open square surrounded by characterful stone and half timbered buildings that are now creperies, restaurants and a souvenir shop. Families will no doubt be drawn to the ice cream stand and old Carousel here, though I was keen to explore inside the turrets of Caesar’s Tower, accessible via the Rue de l’Ormerie from the square.

Related: Visiting Kotor, Montenegro on a cruise (with video) 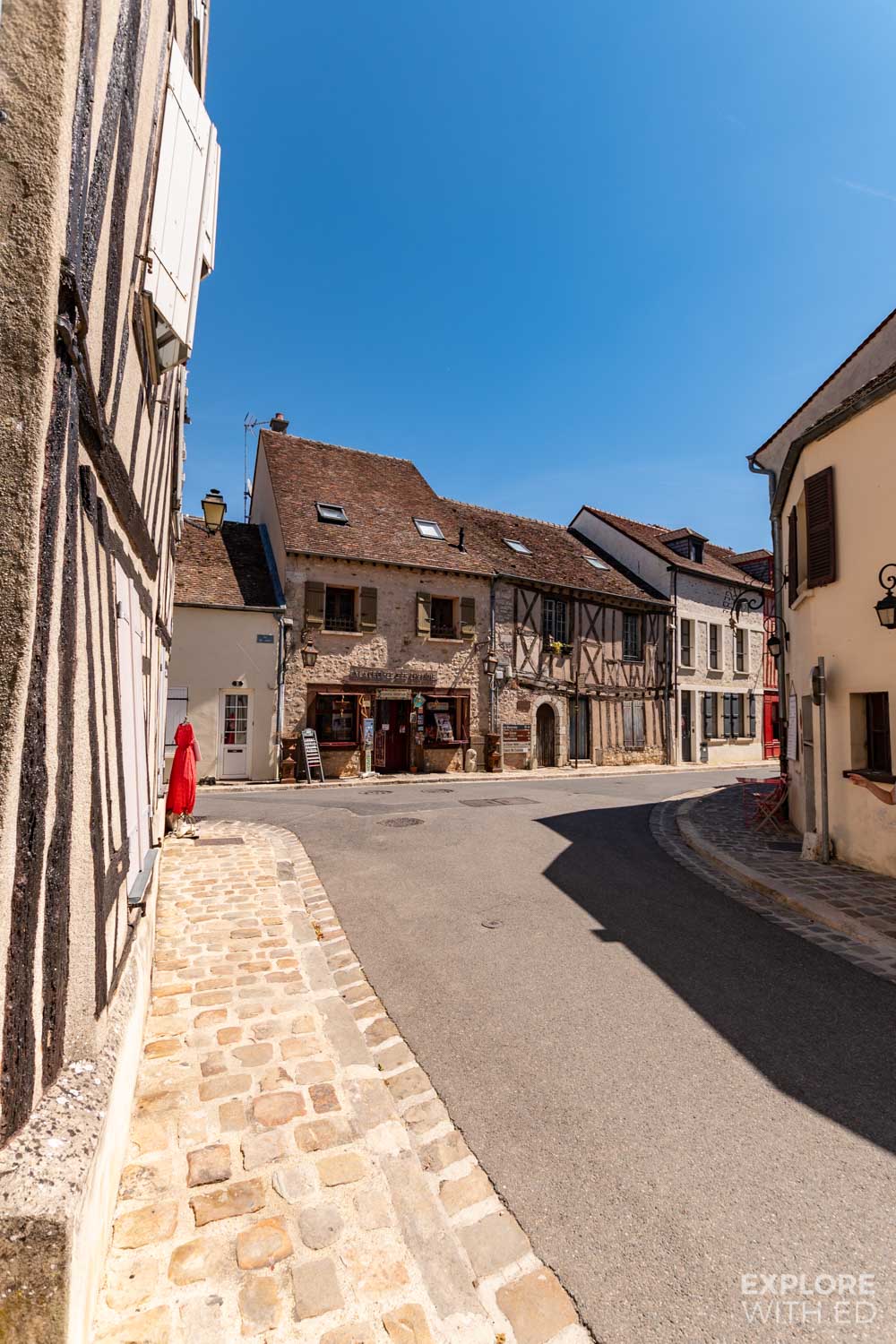 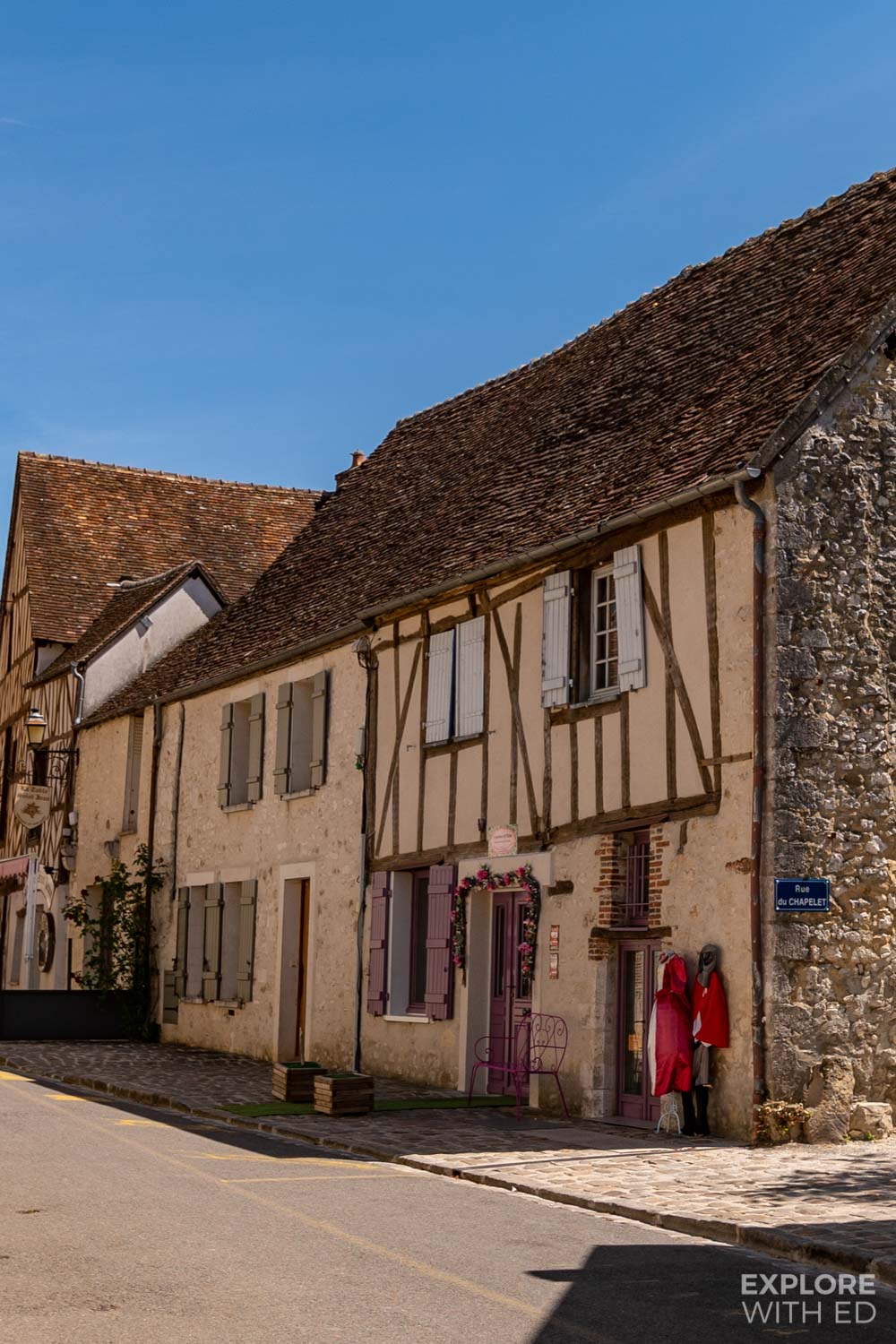 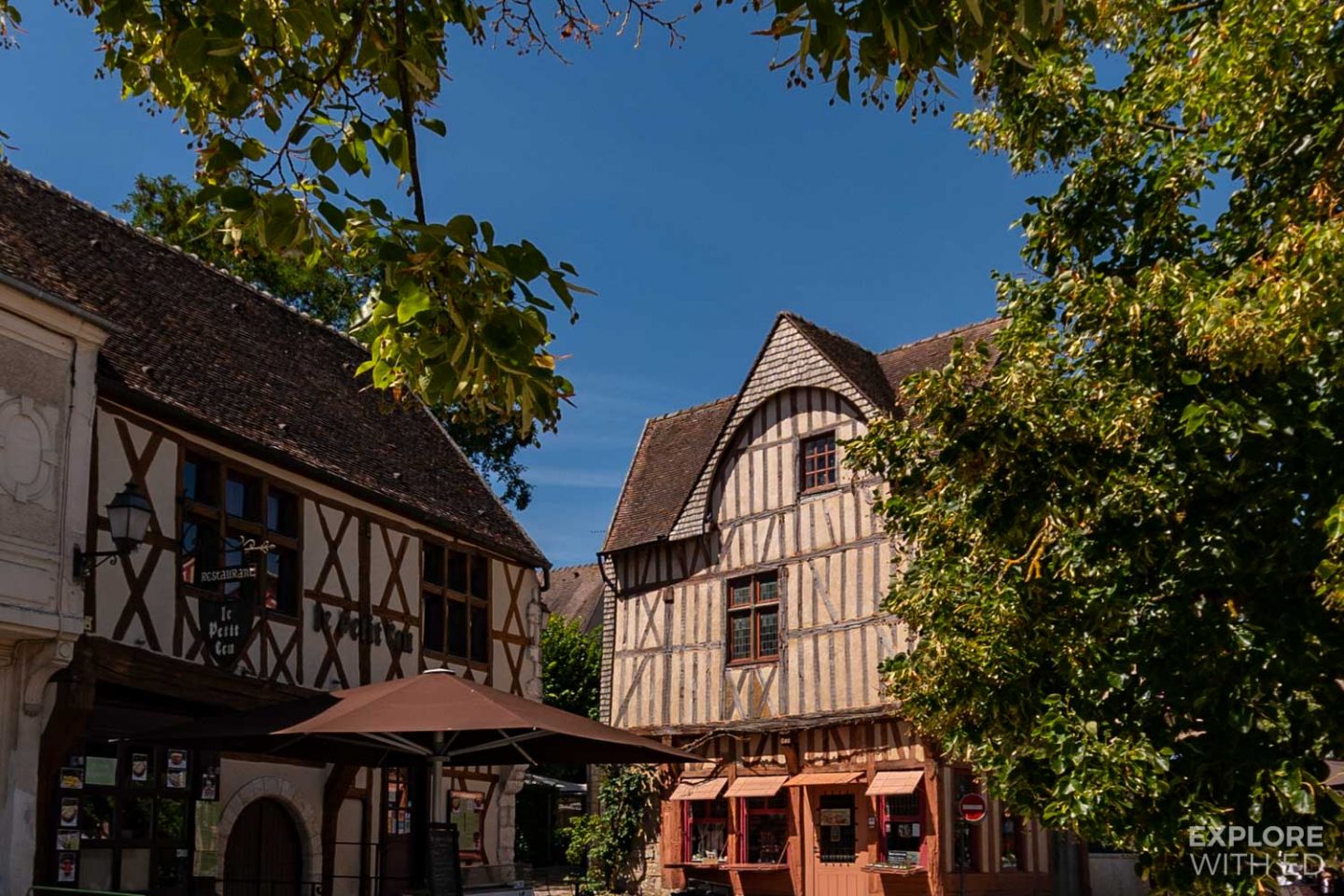 Along the way is the pretty cottage turned shop Les Comptoirs – as an area that also grows and produces products using roses (there’s a pretty Rose Garden to visit in Provins), shops like Les Comptoirs are perfect for picking up gifts like handmade soap and rose scented perfume. 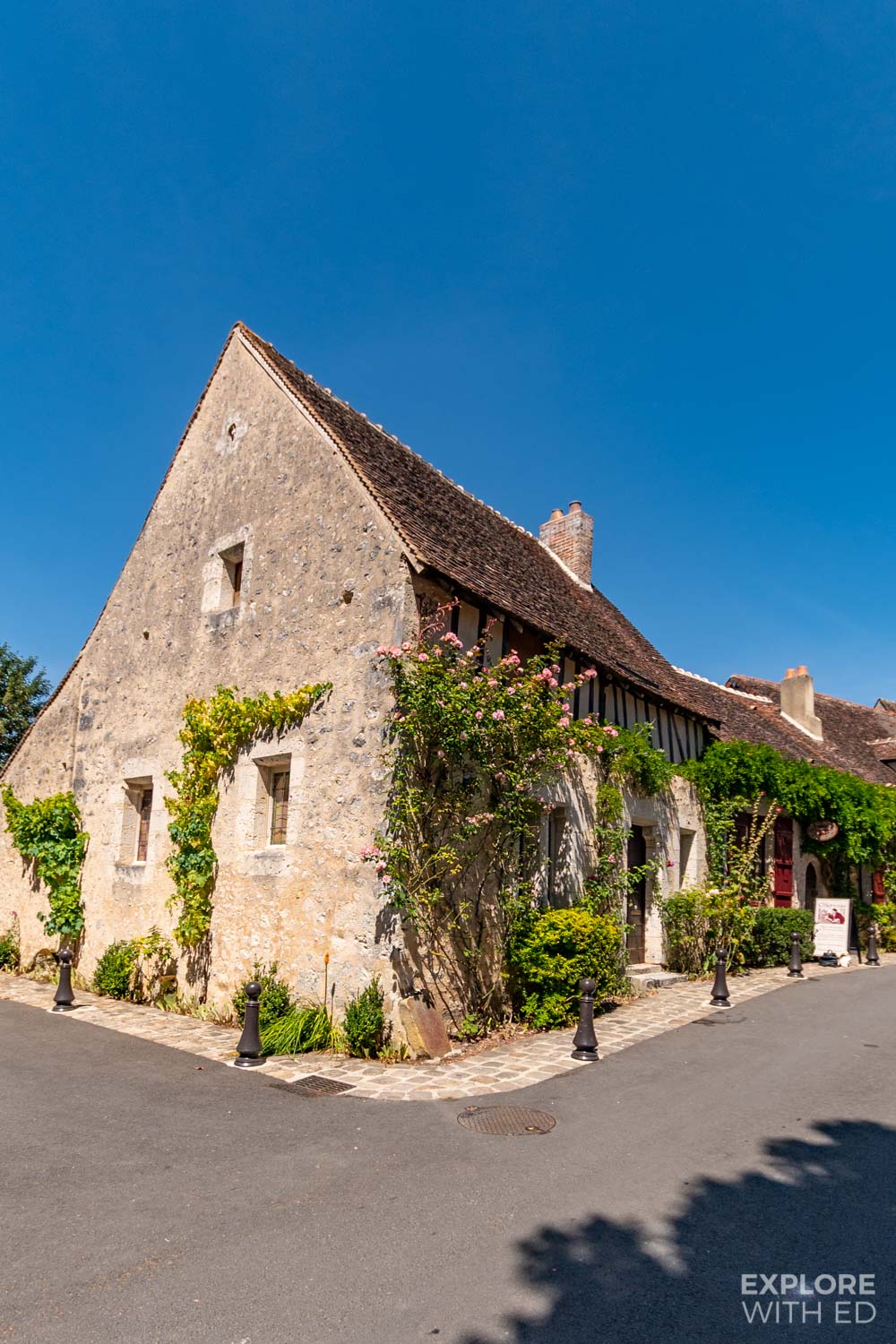 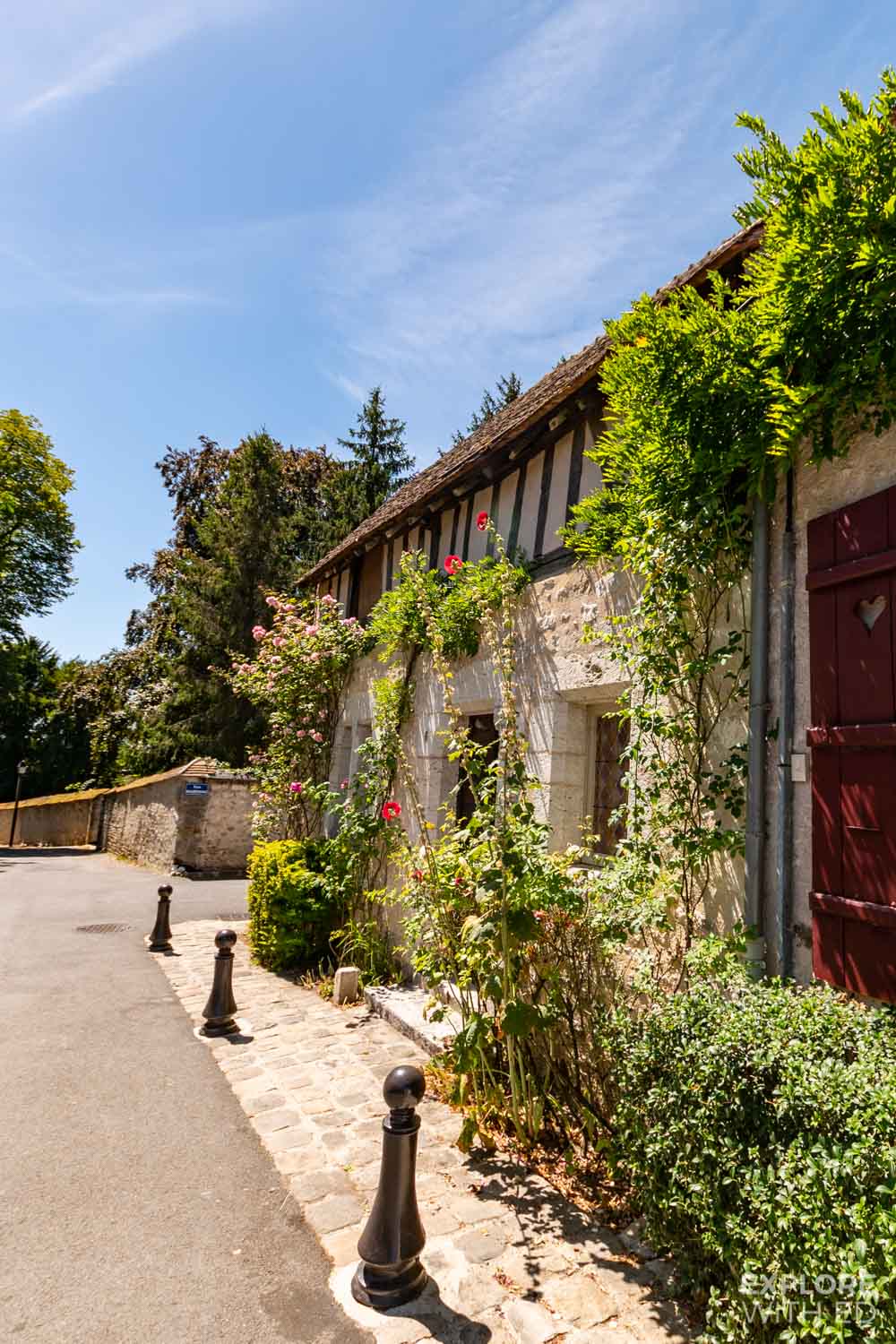 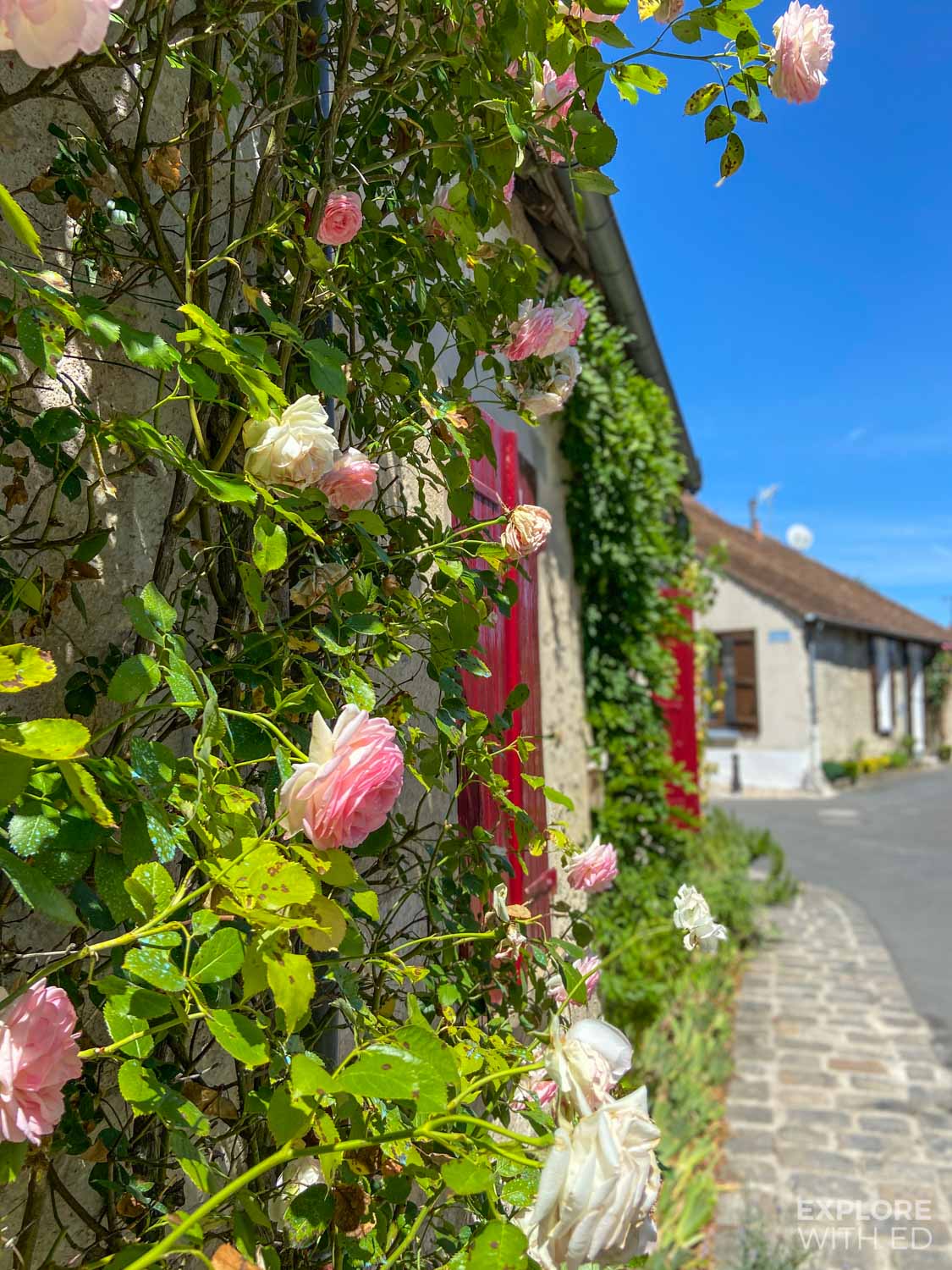 The Caesar Tower in Provins

Caesar’s Tower was built in the 12th century and from the Battlemented parapets you have impressive views of Provins and the surrounding countryside. In the 17th century The Governors rooms was added as a prison guardroom. Later that century the nearby church roof collapsed and the bells were relocated into the tower which you can visit today. 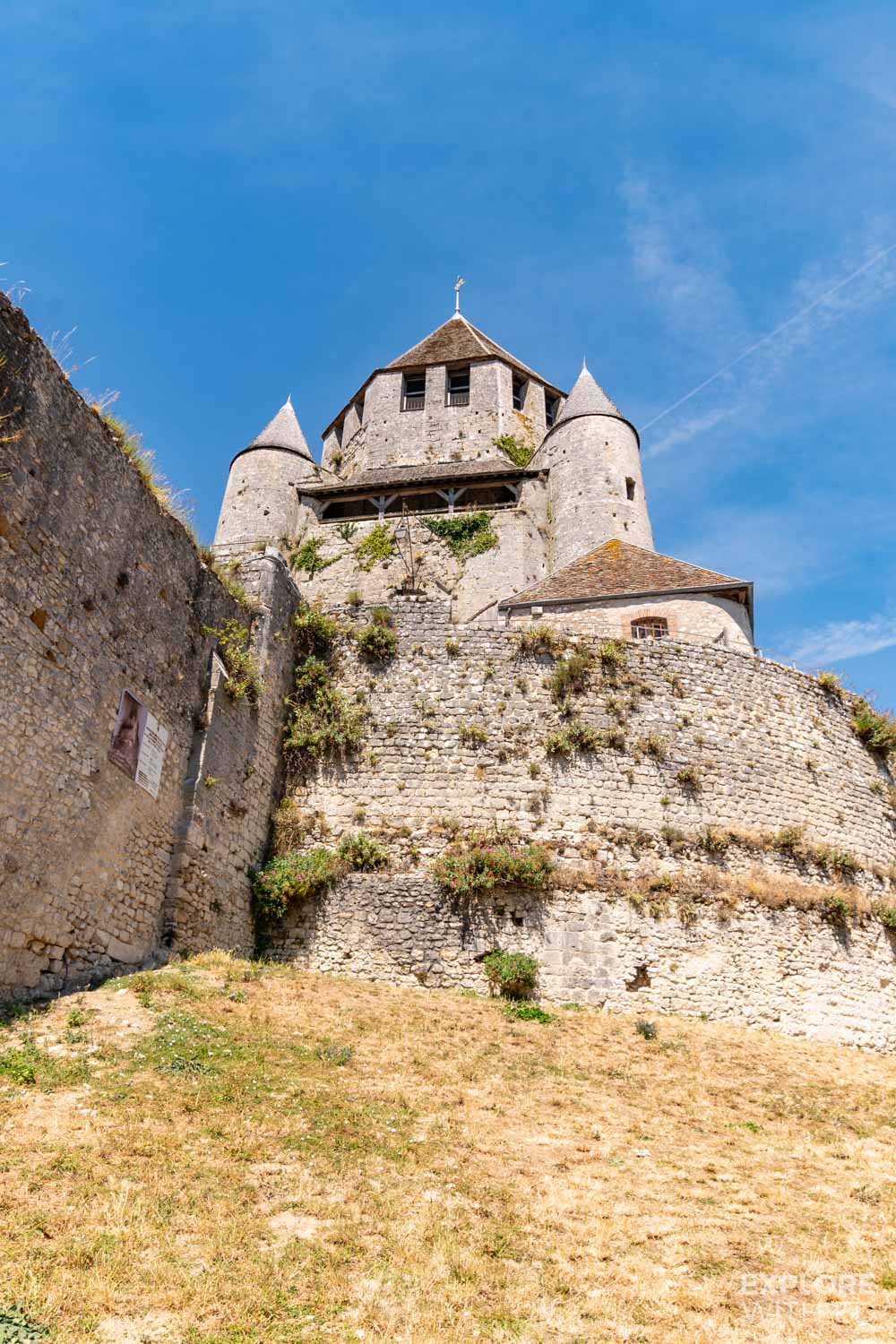 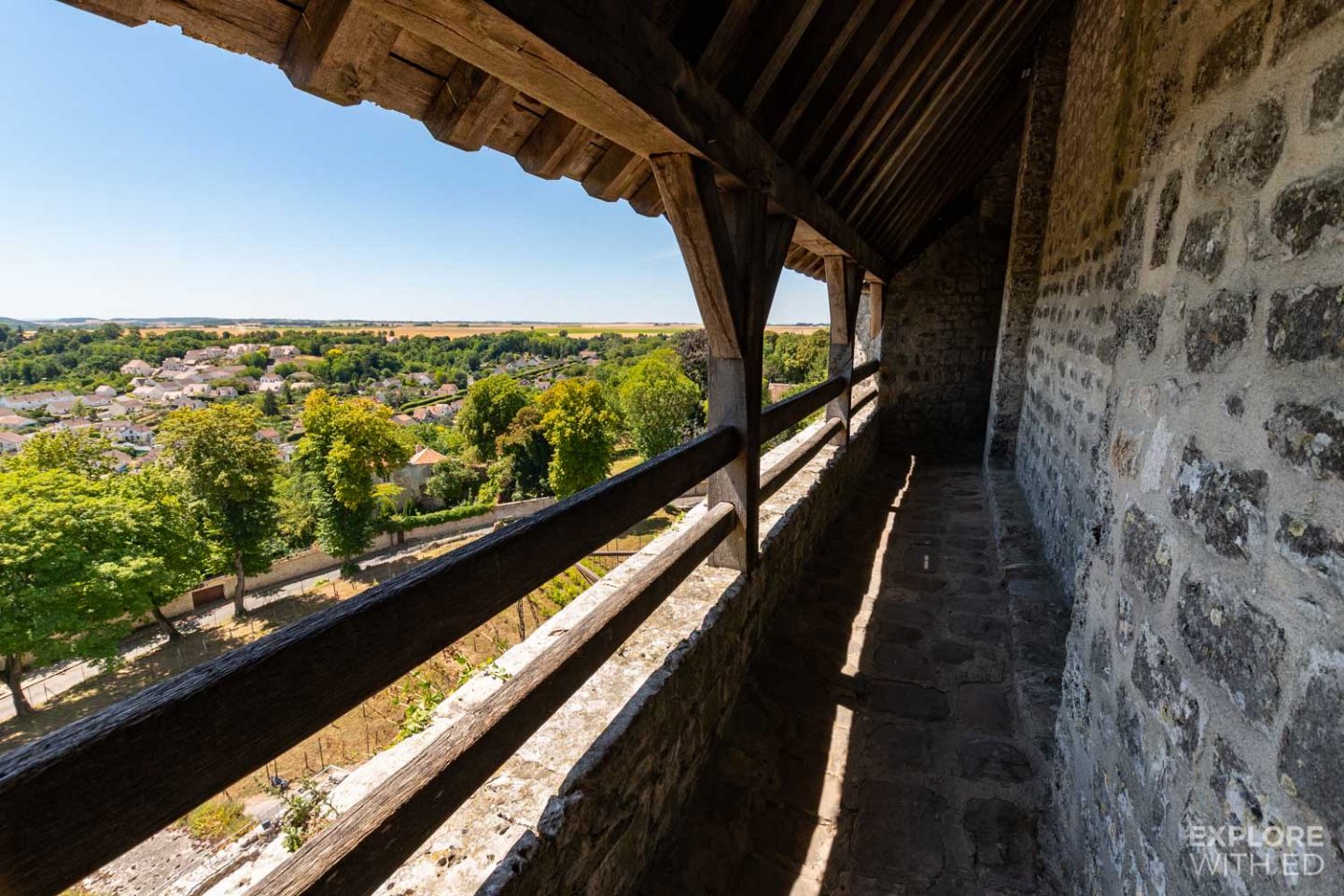 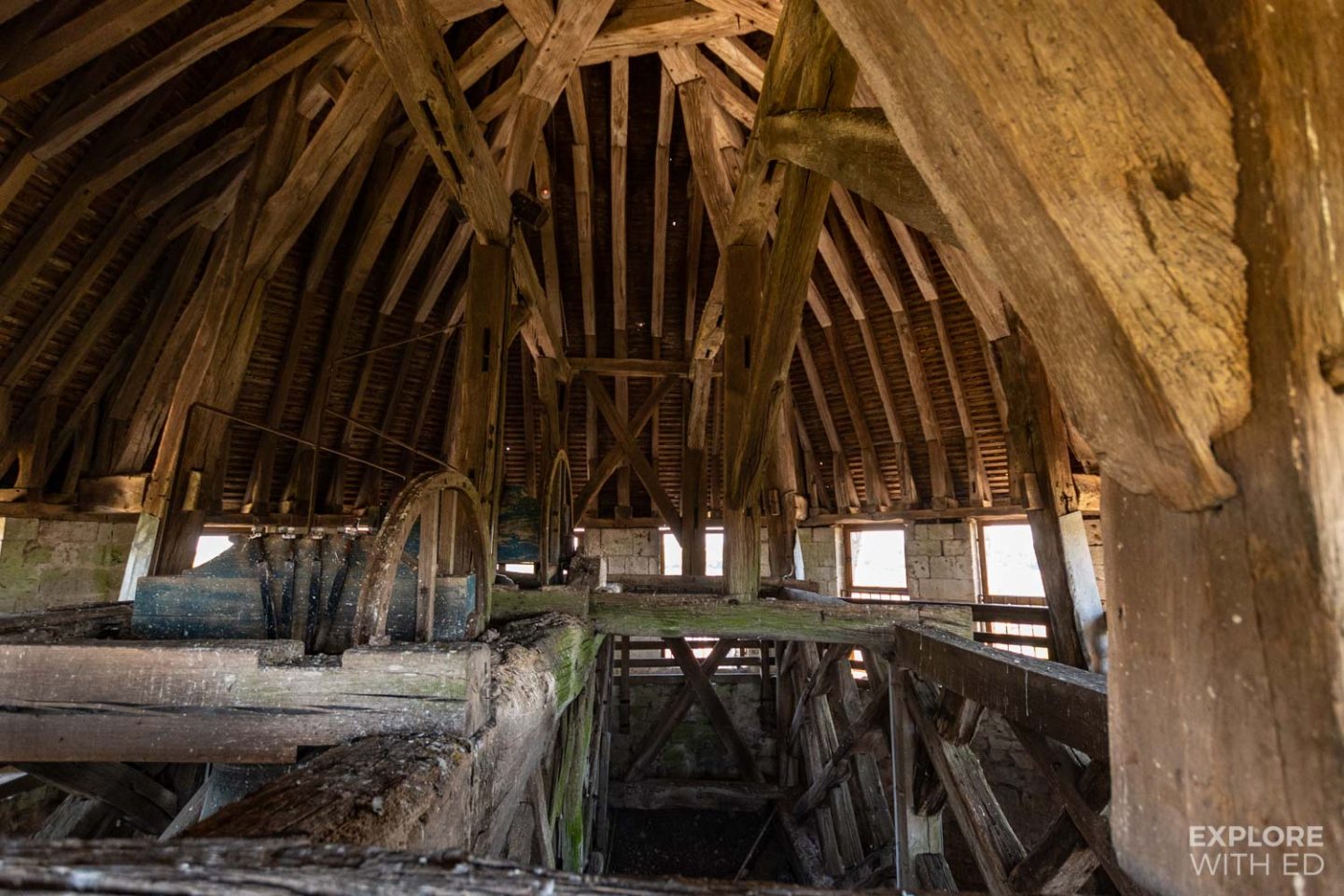 The worn and wobbling tiles inside Saint-Quiriace Collegiate Church remind you of its long history having been built in the 12th century, though the dome was a later addition. Though the church was unfinished after running into financial difficulties, it’s most interesting to stand where Saint Joan of Arc and Charles VII once attended mass!

Related: The 10 most visited art museums in Europe 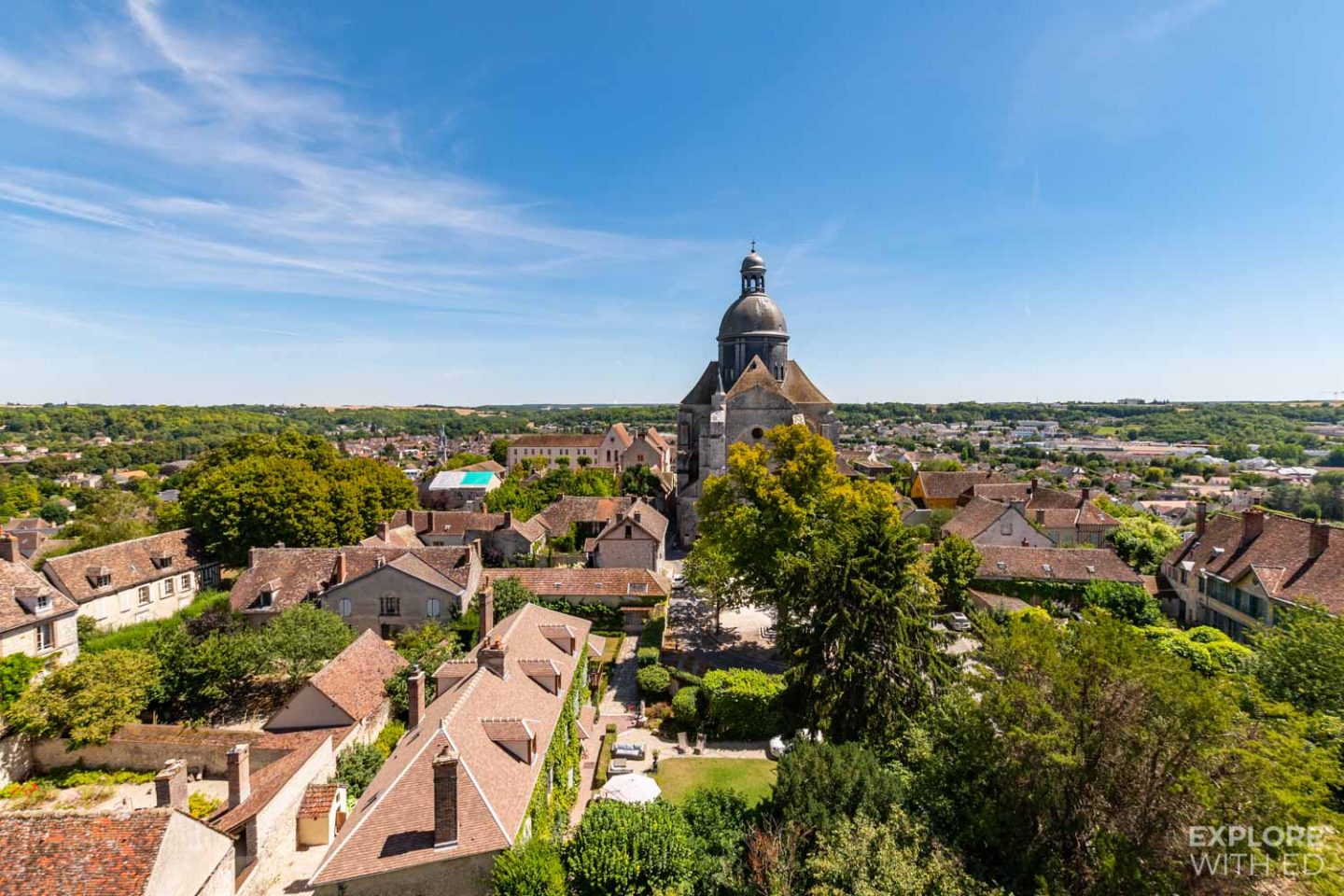 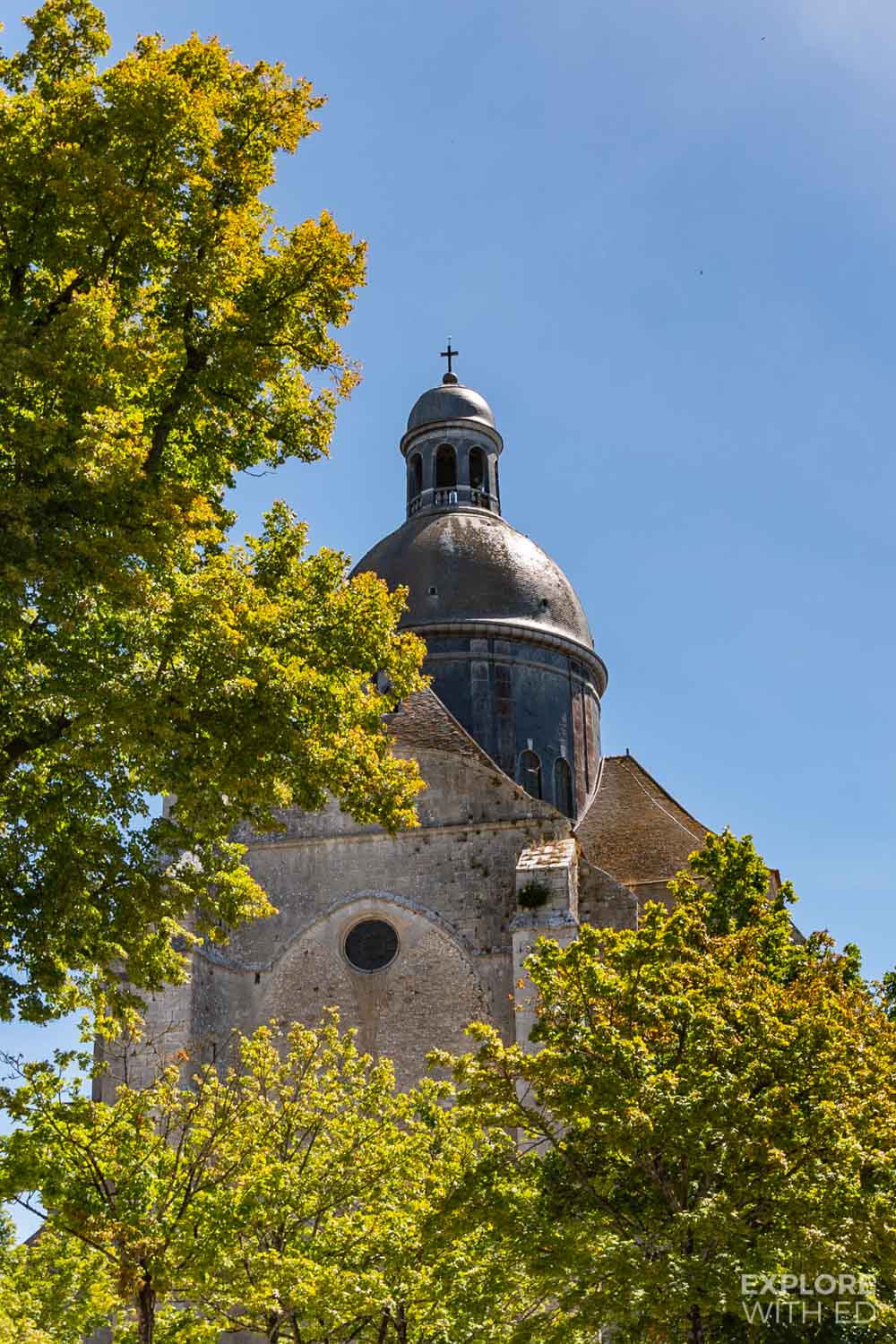 The Underground Tunnels of Provins

Beneath the town is a maze of tunnels that stretch the 15km with meeting rooms from the Romanesque and Gothic periods.

Where next? View more travel in Europe or watch my travel videos
For other pretty French Towns to visit near Paris see this great post by SoloSophie that I found while researching for this trip to France.