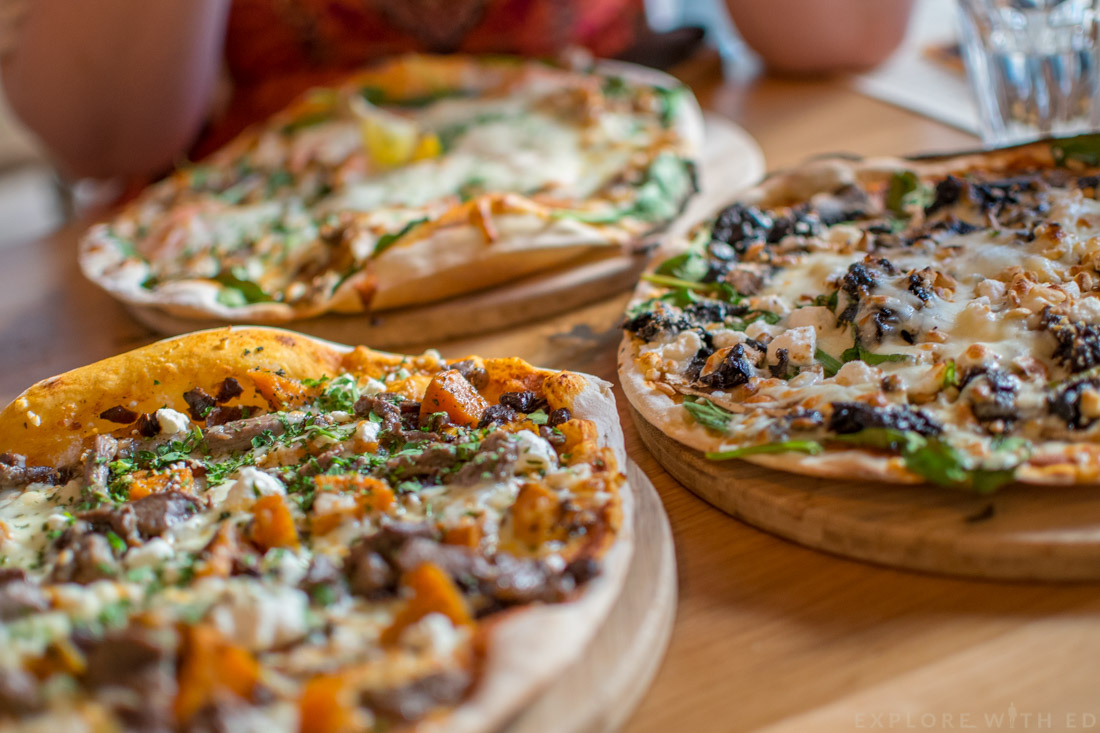 The Stable is the home of pizza, pies and cider. With humble beginnings in 2009 as a dilapidated hotel and stable in in Dorset, the owners converted the buildings and locally sourced quality cider and produce. After receiving rave reviews, The Stable expanded further into the South West – and as they say, the rest is history!

I first came across them in Bristol and finally got my teeth into a slice of pizza at their Cardiff launch a few months ago. What struck me initially was the rather cool and relaxed vibe with a communal approach to dining. It’s a place you wouldn’t mind hanging around and mixing with the locals any evening of the week – which is precisely what I did at their bloggers event earlier this month. 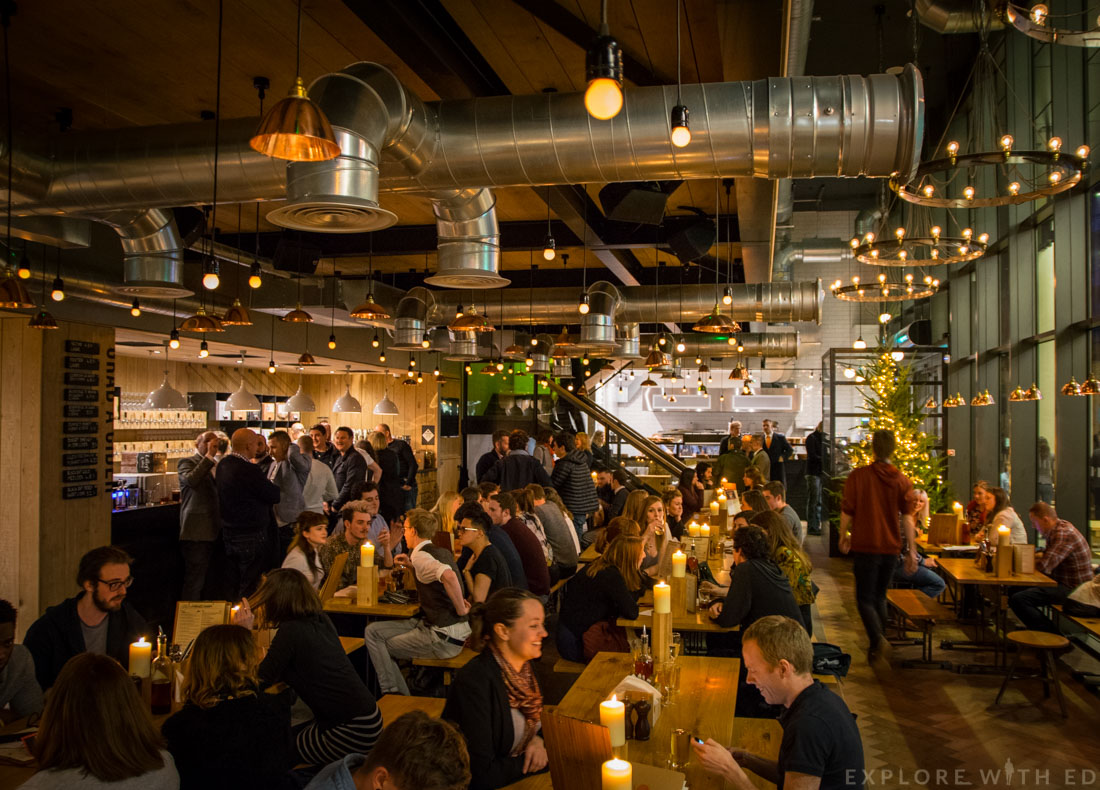 The long candle lit table and benches are perhaps the most obvious connection to barnyard/stable, paired with a simplistic and modern style with exposed lighting, beams and floor to ceiling windows. 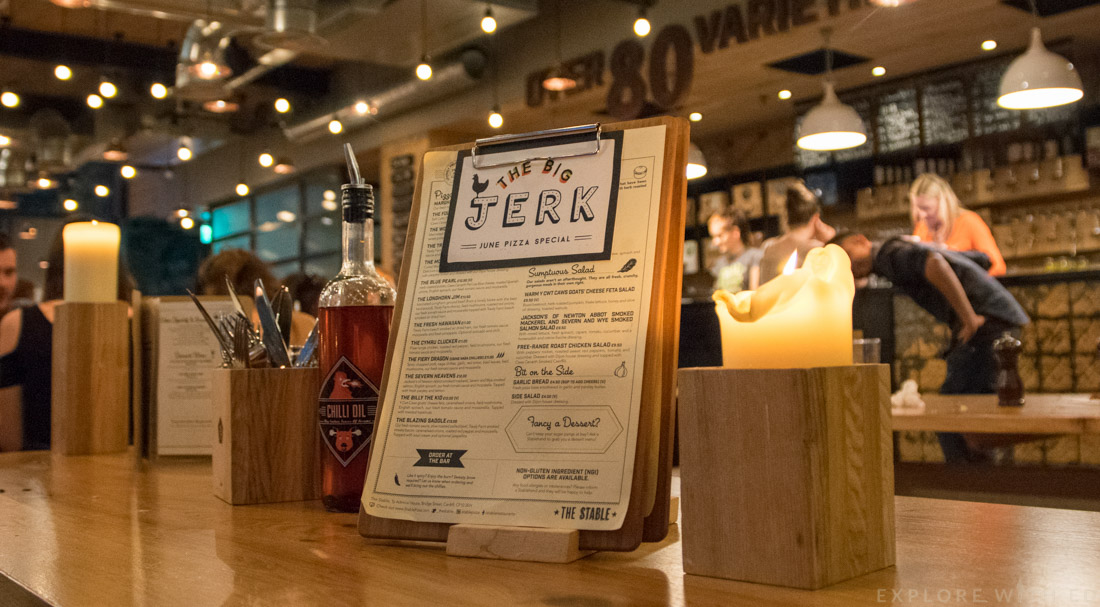 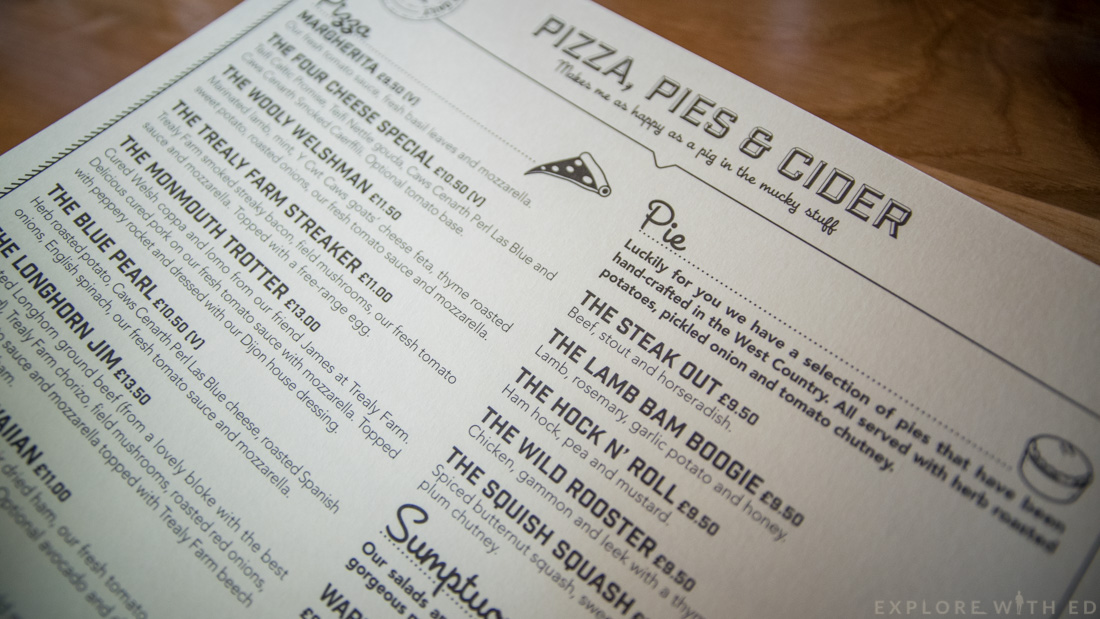 Each Stable has their own unique menu as they take inspiration and ingredients from the area they’re based. There’s over eighty ciders to try here, even if you’re not usually a cider drinker like me, it’s worth exploring the options as there’ll likely be something that suits your taste buds. 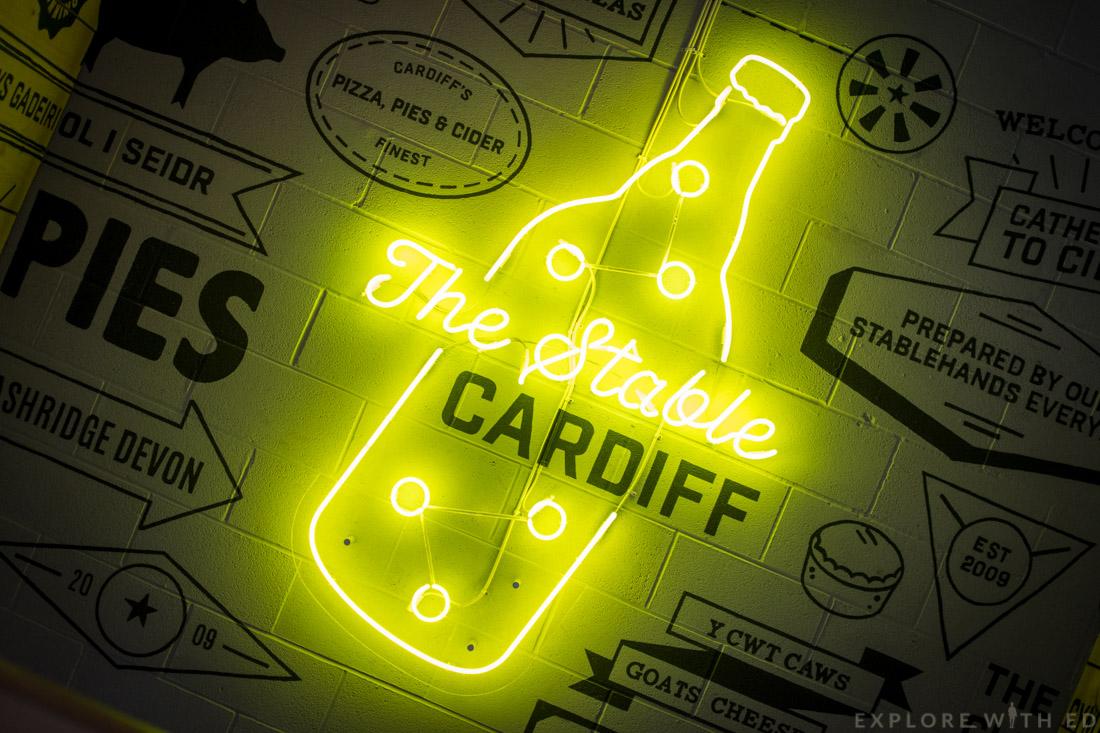 A representative from ‘The Purbeck Cider Company‘ produced in Dorset was on hand to share just a few of the cider options available.

For those who enjoy a light, crisp flavour, the sparkling ‘Dorset Draught‘ would be worth trying (it’s like an apple prosecco). 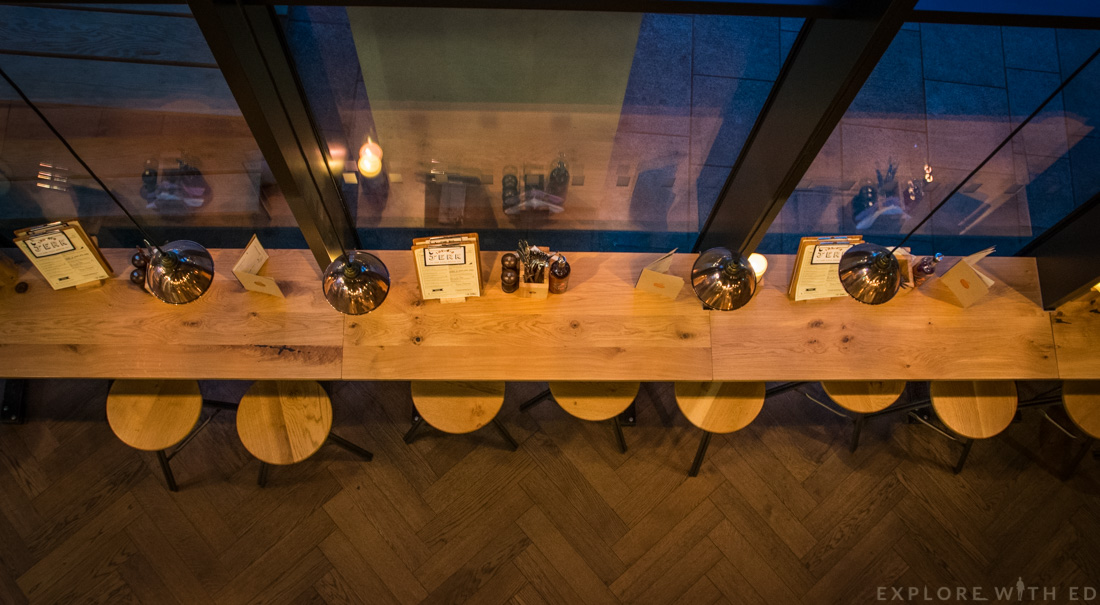 I particularly liked the ‘Devil’s Leaf‘ containing hand picked nettles – a pleasant and summery fragrance of the countryside.’Cheeky Cherry‘ was popular with many bloggers, comparable in taste to sour cherry sweets. 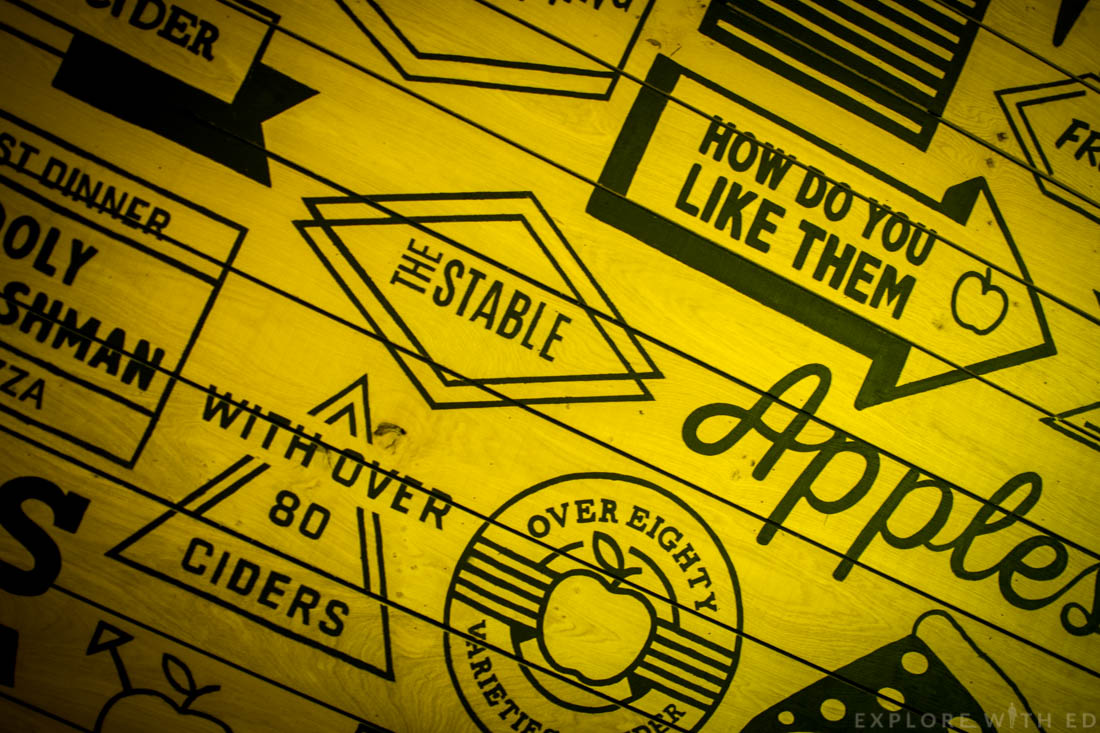 Other ciders included Williams Brothers Cider, locally produced by a family-run business in Caerphilly. With award winning ciders, they’ve rapidly expanded over the past few years after beginning in 2009. 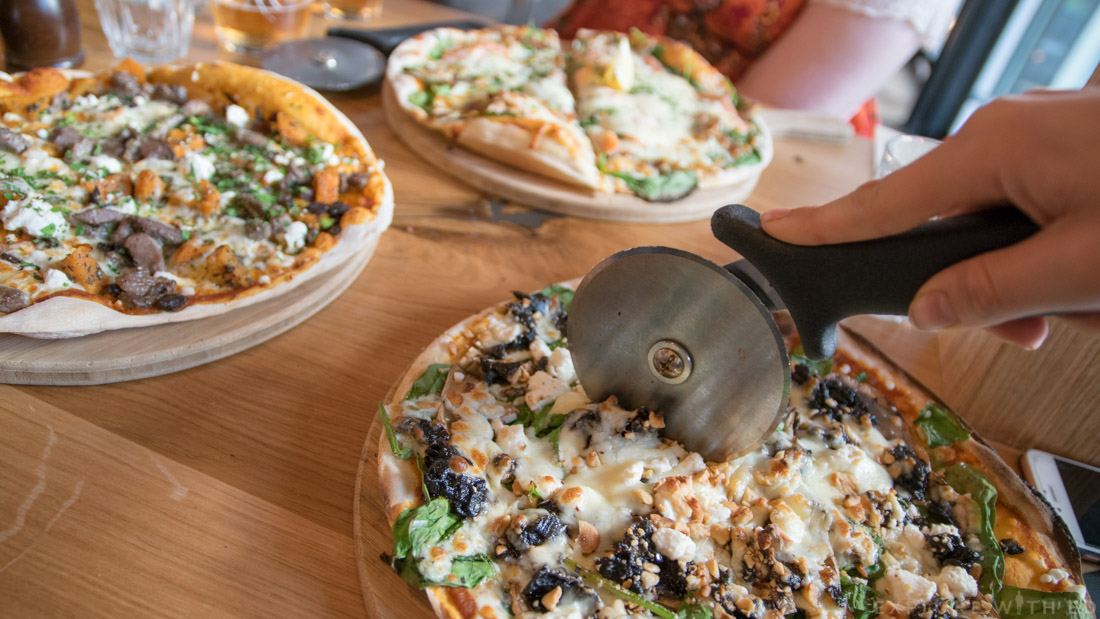 There’s fourteen pizza options on the Cardiff menu that includes familiar staples like ‘The Fresh Hawaiian‘ and ‘Margherita‘ alongside the Welsh inspired ‘Cymru Clucker‘ (with free range chicken) and ‘Monmouth Trotter‘ (with cured Welsh coppa). 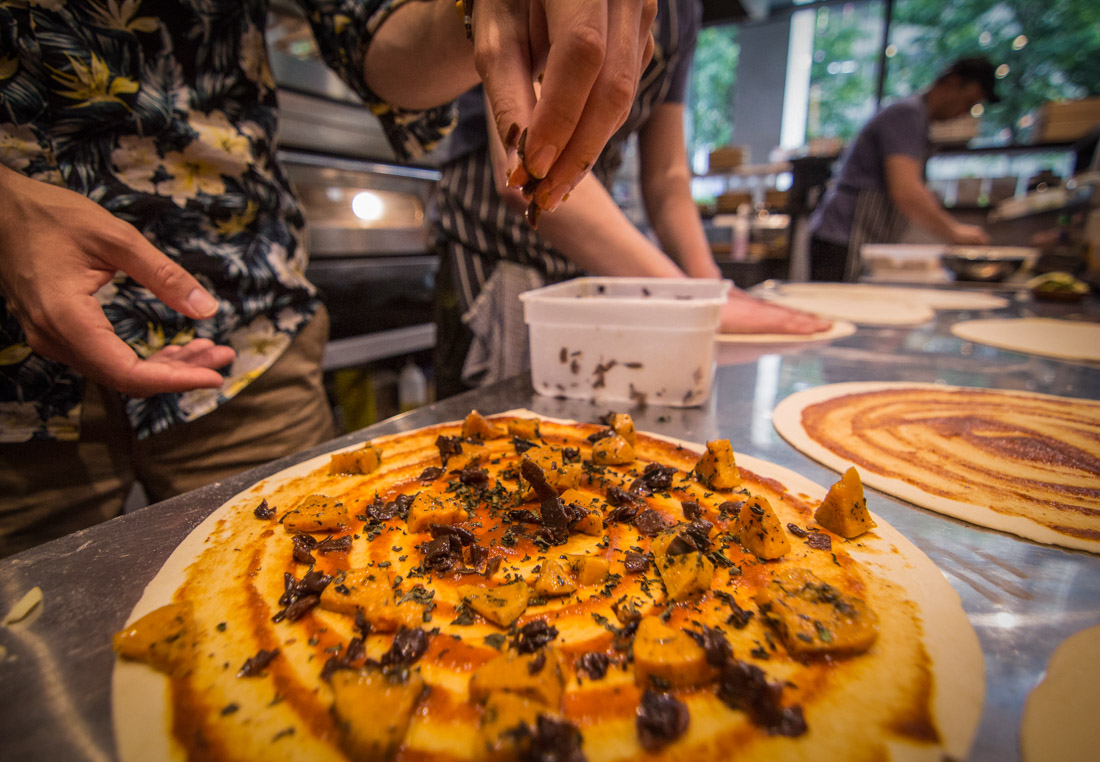 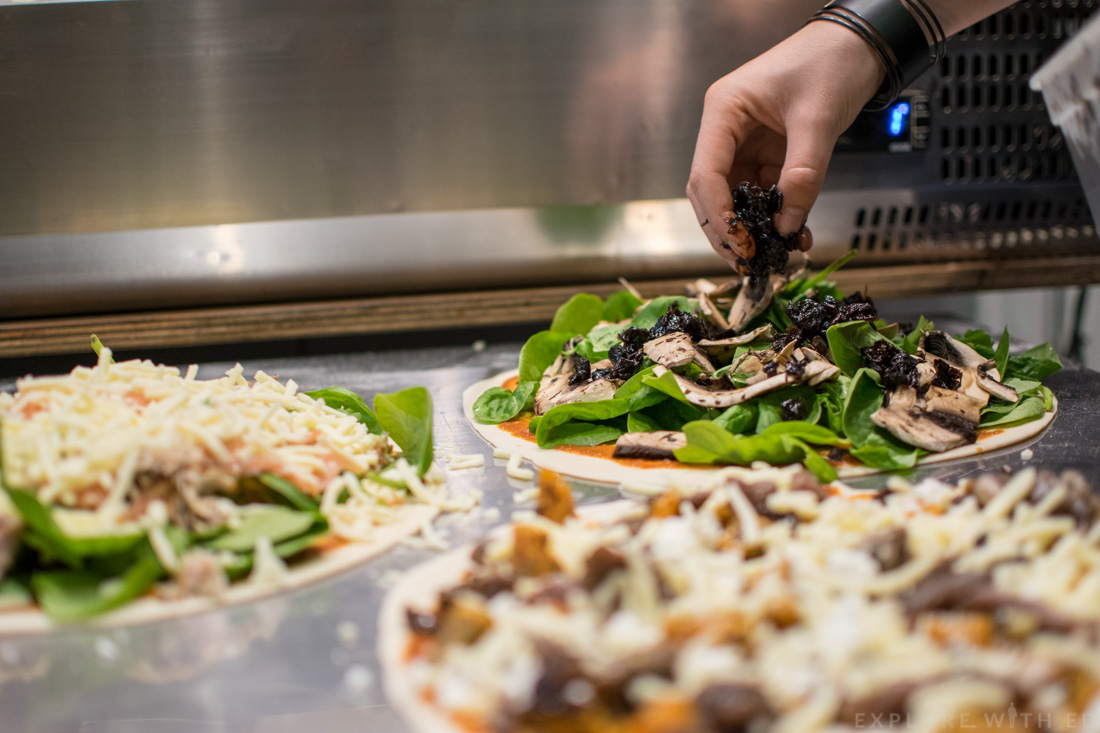 With my sleeves rolled up I had the chance to get in the kitchen and help make my own ‘Wooly Welshman‘, featuring marinated lamb, goats’ cheese feta and thyme roasted sweet potato.Surprisingly I did a pretty decent job of it, except my finishing pinch of salt being a bit too generous/unnecessary – leave it to the pros!I quite like their authentic thin and crispy sour dough base, it’s the right balance between crunchy and soft. 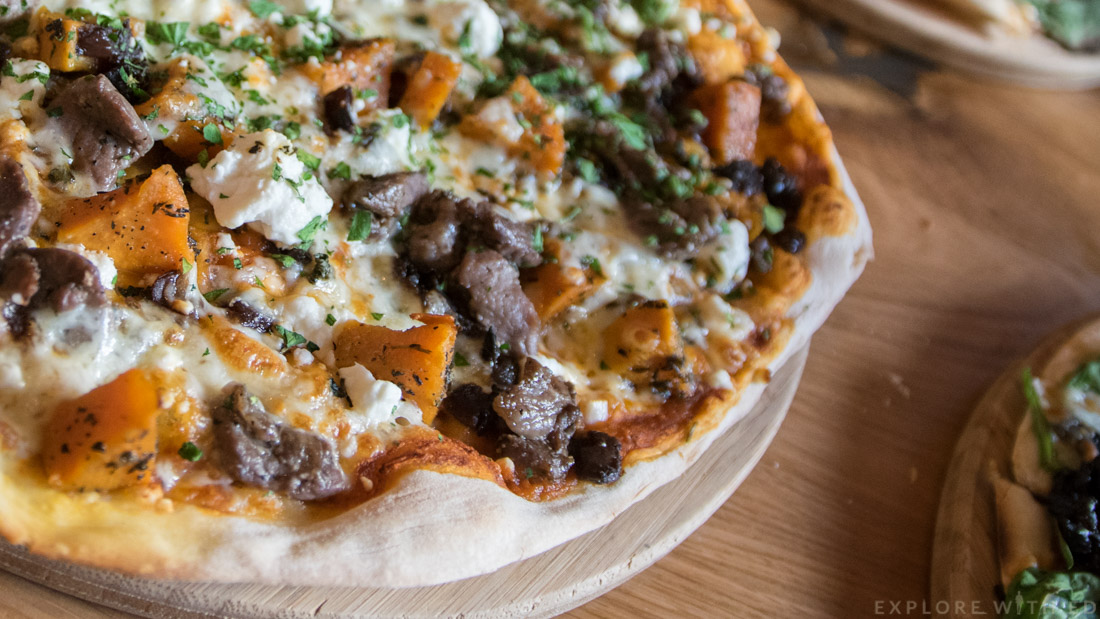 For those interested in a hearty pie, the Stable has five on it’s fixed menu that have been hand crafted in the West Country. I’ve yet to try their pies, but if the pizza is anything to go by I’m sure it’s the real deal. For those wishing for something lighter, ‘Sumptuous Salads’ are also available, as well as a lighter lunchtime menu. 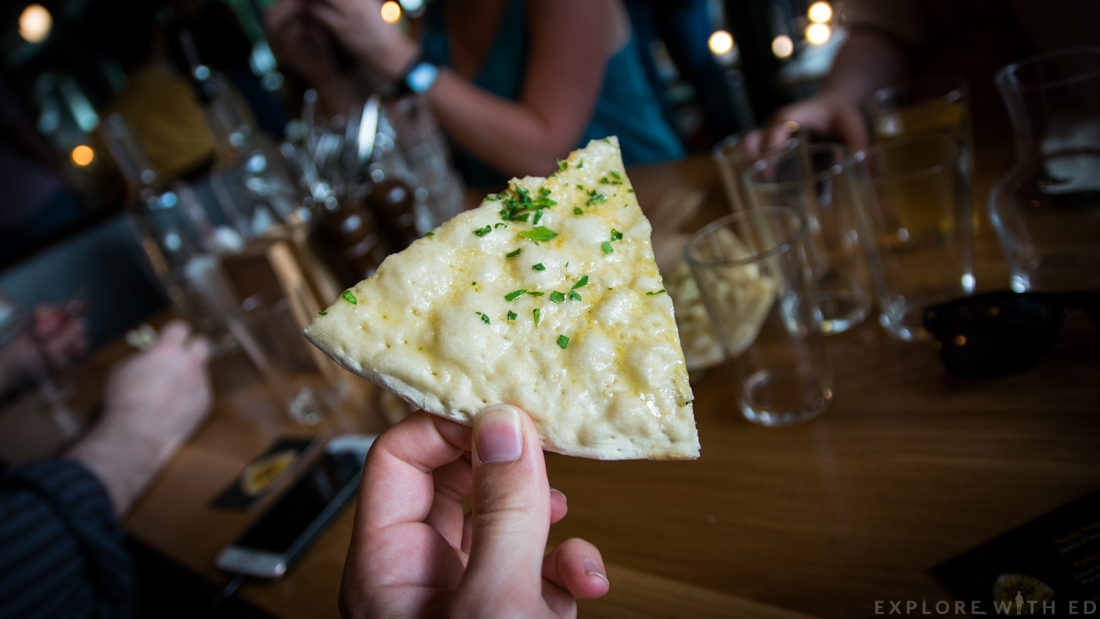 After so much pizza the only thing I could possibly entertain was something sweet.A cheesecake, crumble or brownie is an easy win for me, but I was rather intrigued by the ‘Nutella Pizza Pudding‘. 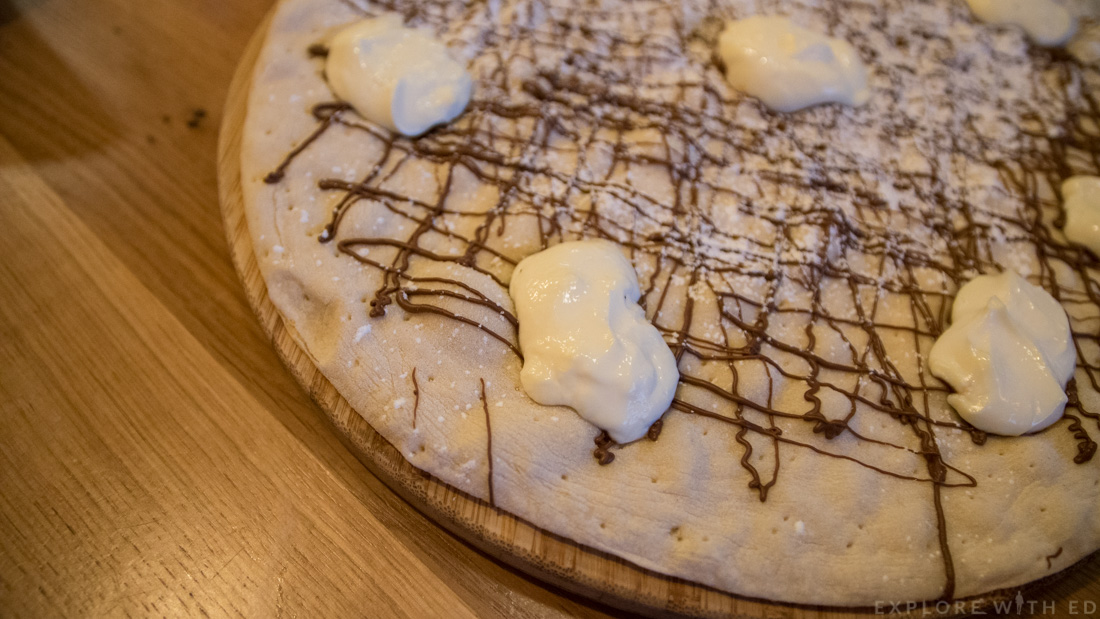 Using the same pizza base, the chef drizzled it with nutella and added dollops of creamy marscapone. As bonkers as it may sound, it actually works! 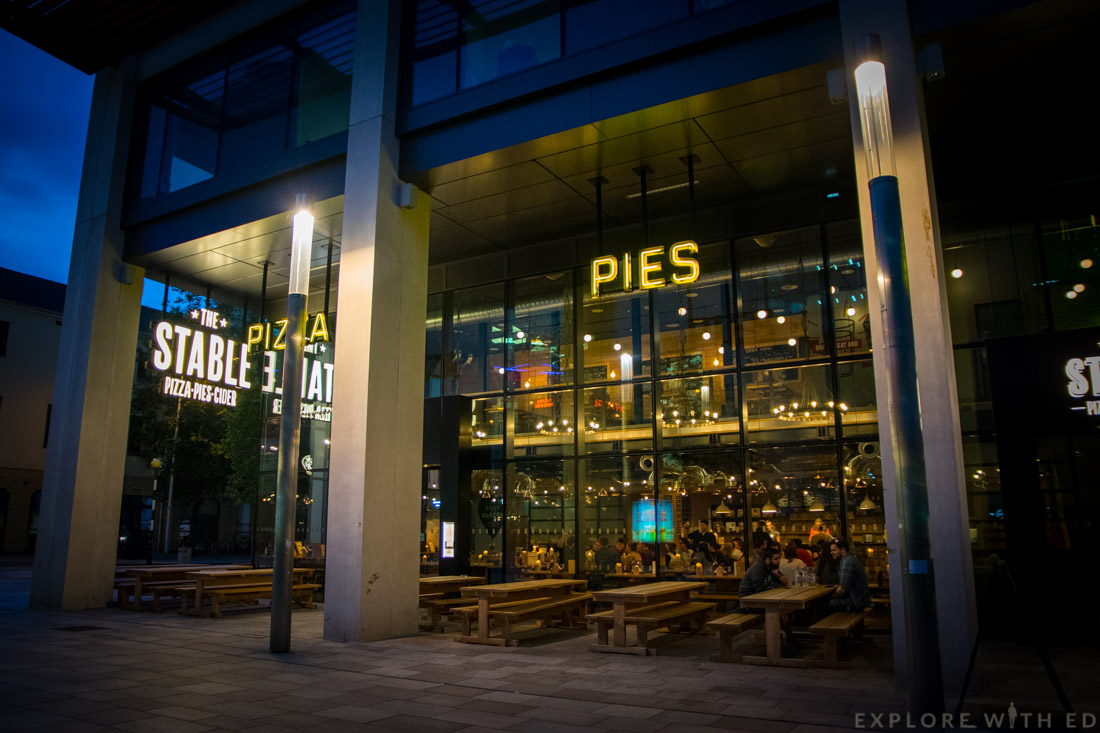 If you’re after a cool and relaxed vibe, casual but well cooked, locally sourced food and cider to share with friends, be sure to swing by The Stable in Cardiff – just opposite St David’s 2 near Barrack Lane and the Motorpoint Arena.Full menu and information available on their webite: http://stablepizza.com/

My food was complimentary however all opinions are my own. Photography: http://www.nuttypear.co.uk