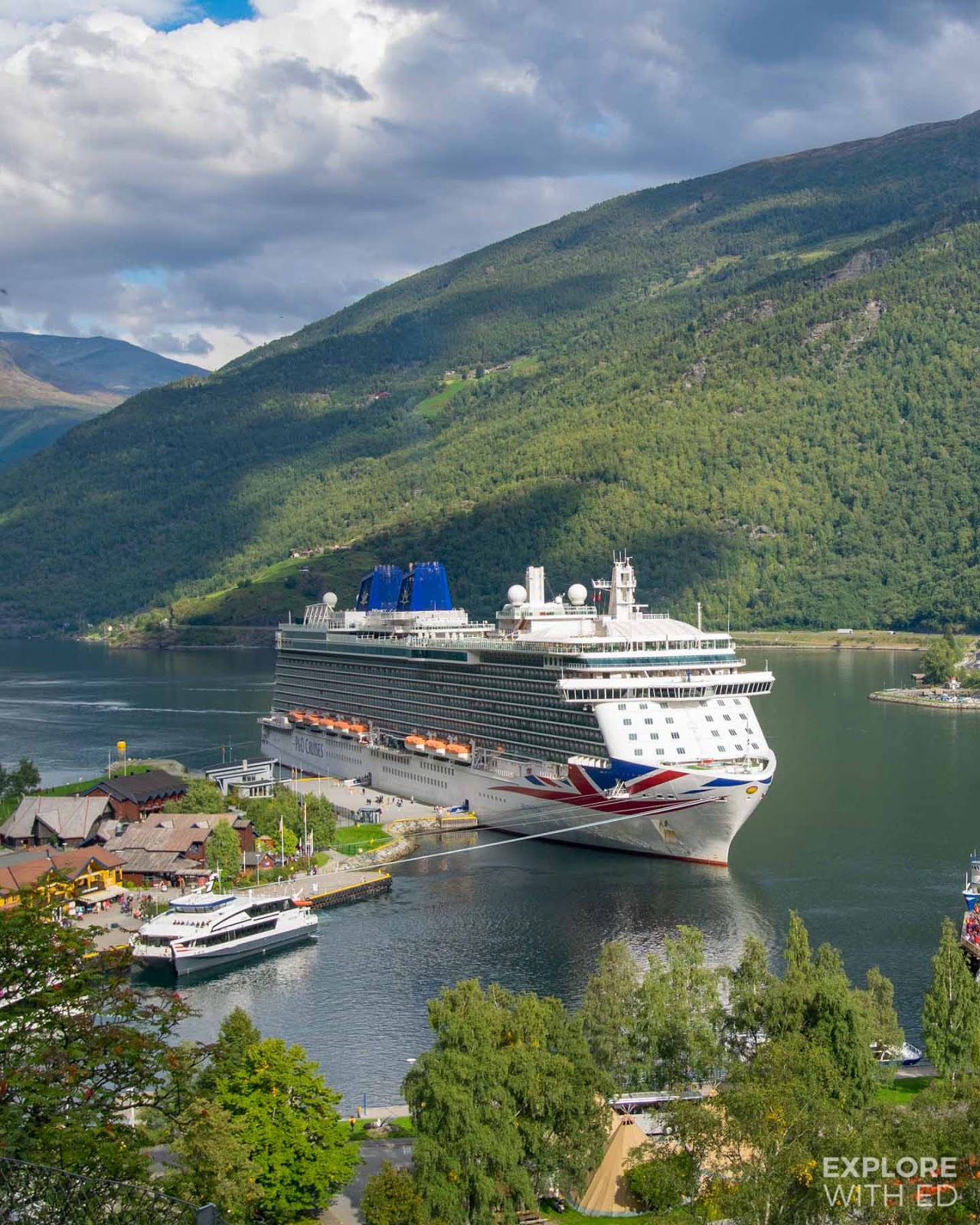 A cruise to the Norwegian Fjords from Southampton is a spectacular voyage that takes you across the open waters of the North Sea and navigates the dramatic narrow valleys Norway is famous for.
During this trip I took over the P&O Cruises Instagram and was compensated for this – view my Instagram takeover.

There are many cruise lines that sail to the Norwegian Fjords, including Royal Caribbean, Cunard and P&O Cruises. It was P&O’s Britannia that I boarded in Southampton in September for a week long adventure, calling into Stavanger, Flåm, Olden and Bergen. 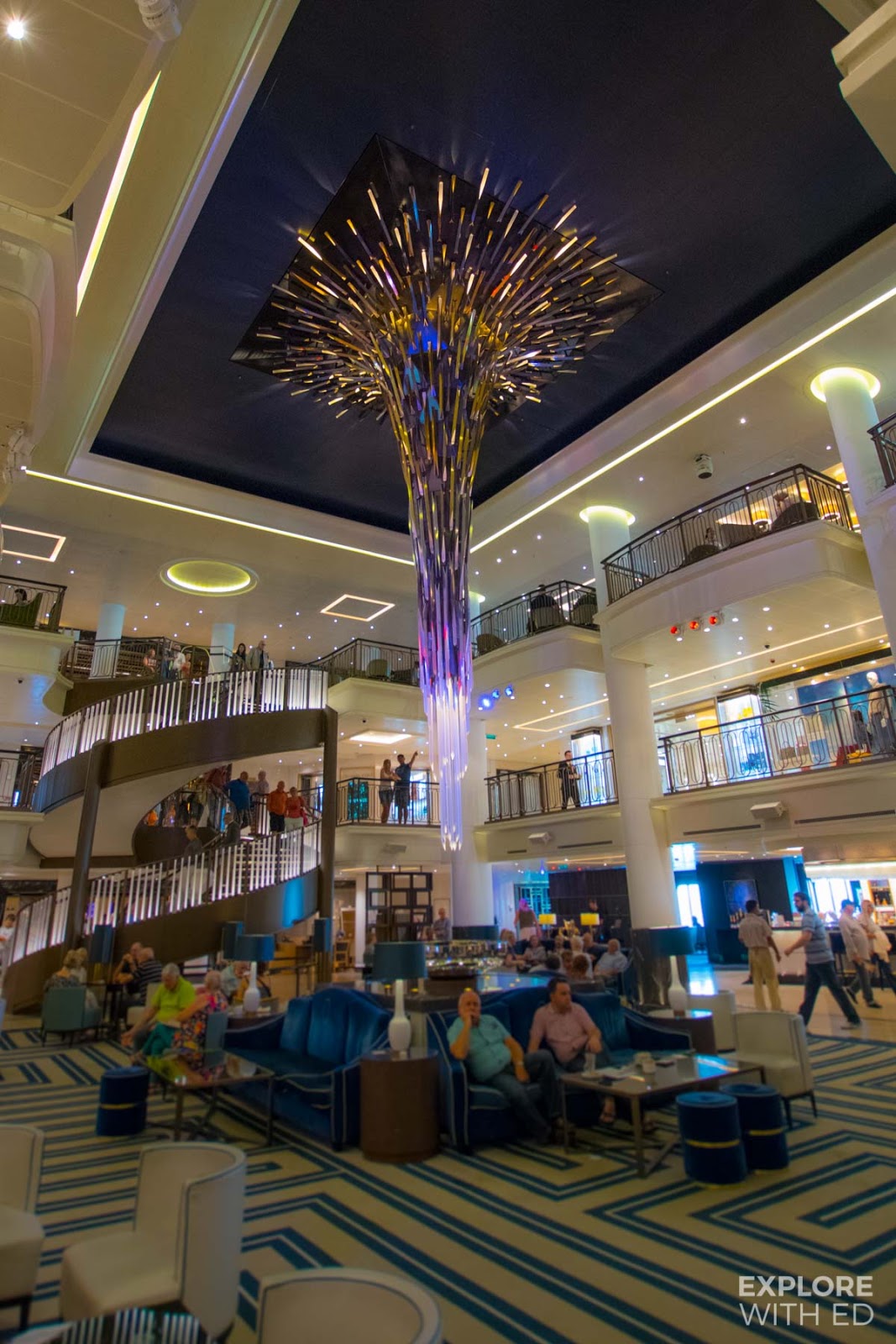 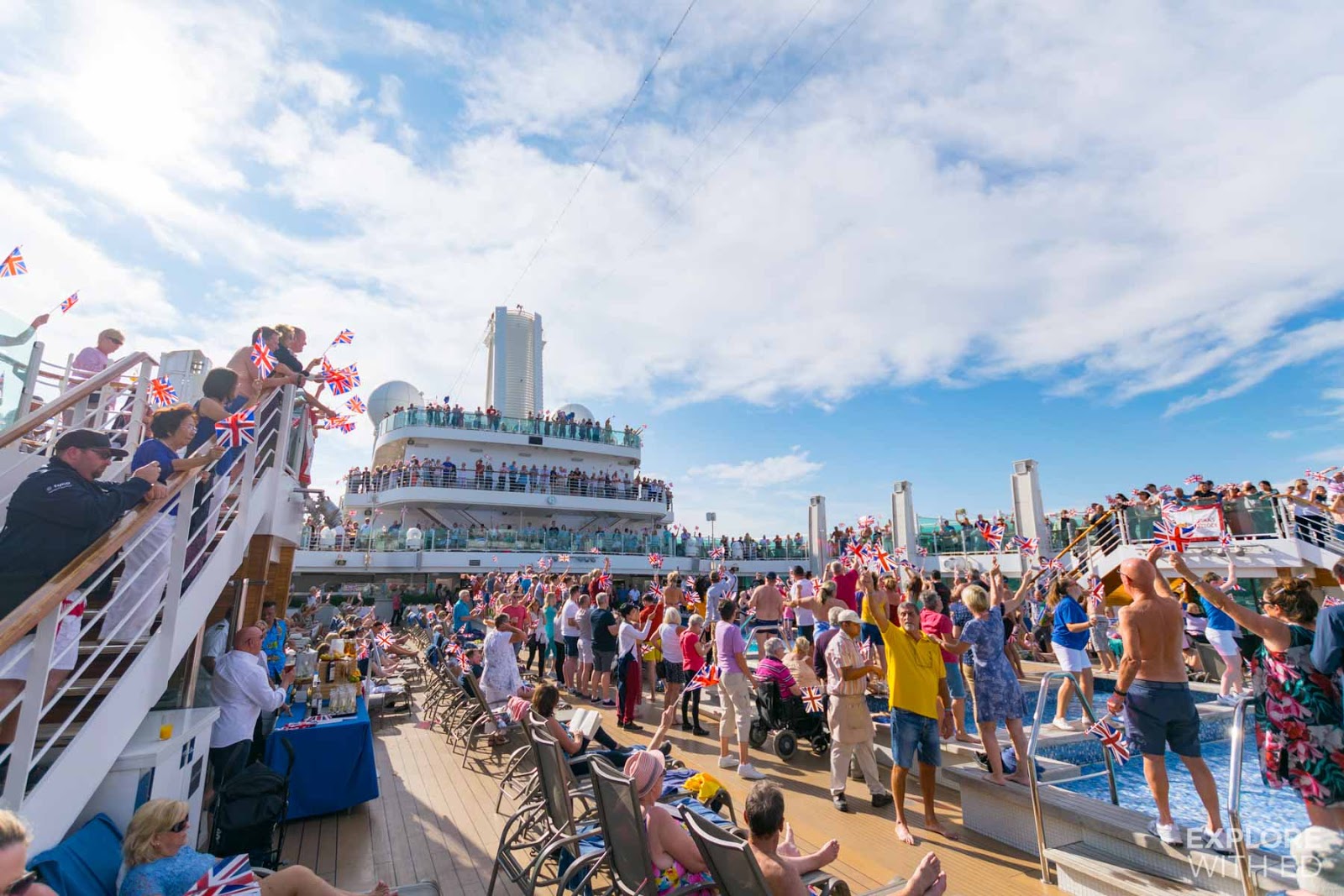 Having a sea day before and after exploring Norway is the perfect opportunity to enjoy the ship and relax as you’ll likely do a fair few miles of sightseeing in these ports. For families this is useful time to become acquainted with the onboard kids clubs and activities.
I used my first sea day for example to indulge in an Afternoon Tea by one of P&O cruises food heroes, Eric Lanlard in the elegant Epicurean Restaurant.

Further reading: See what else is onboard P&O’s beautiful Britannia 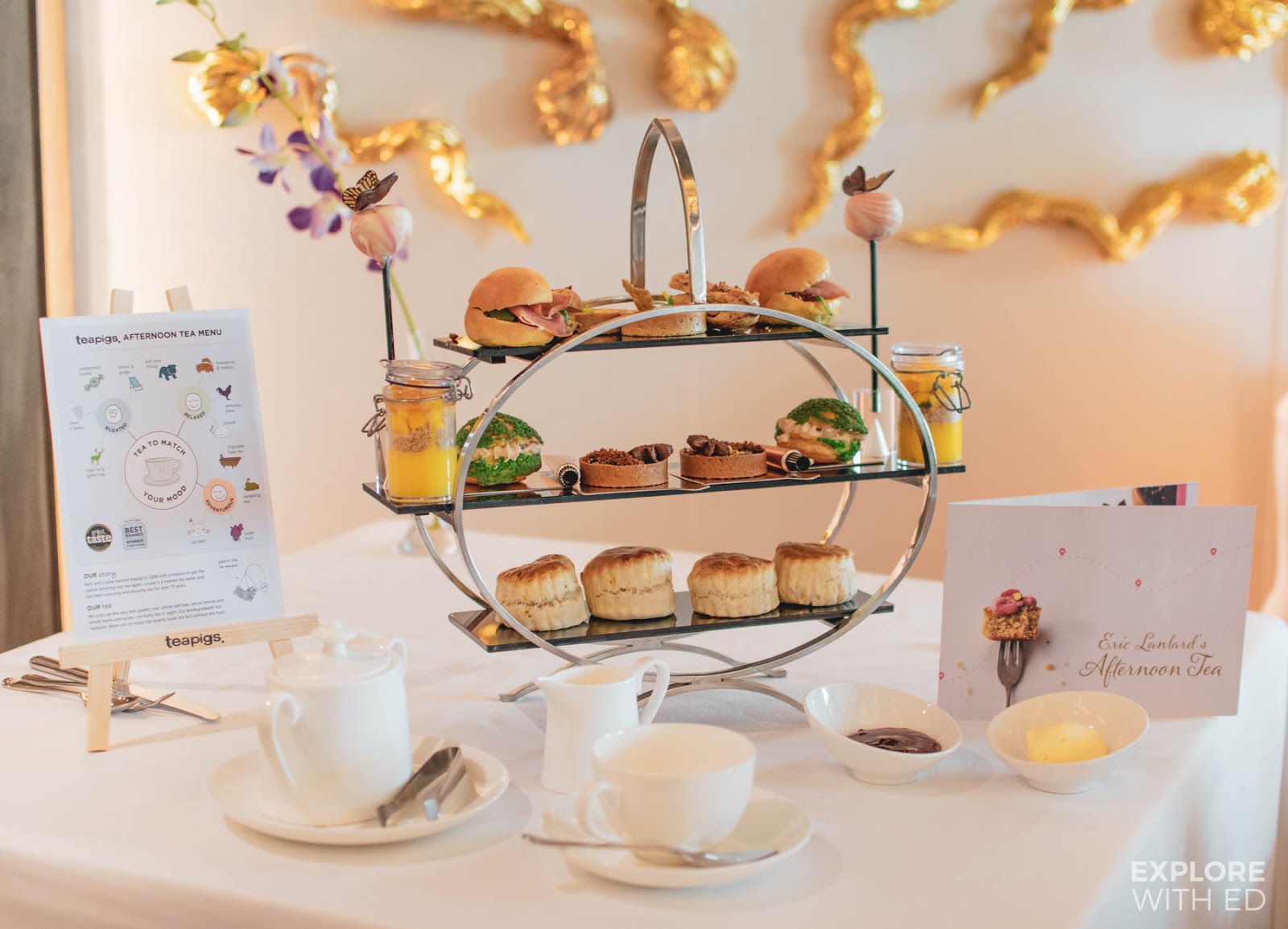 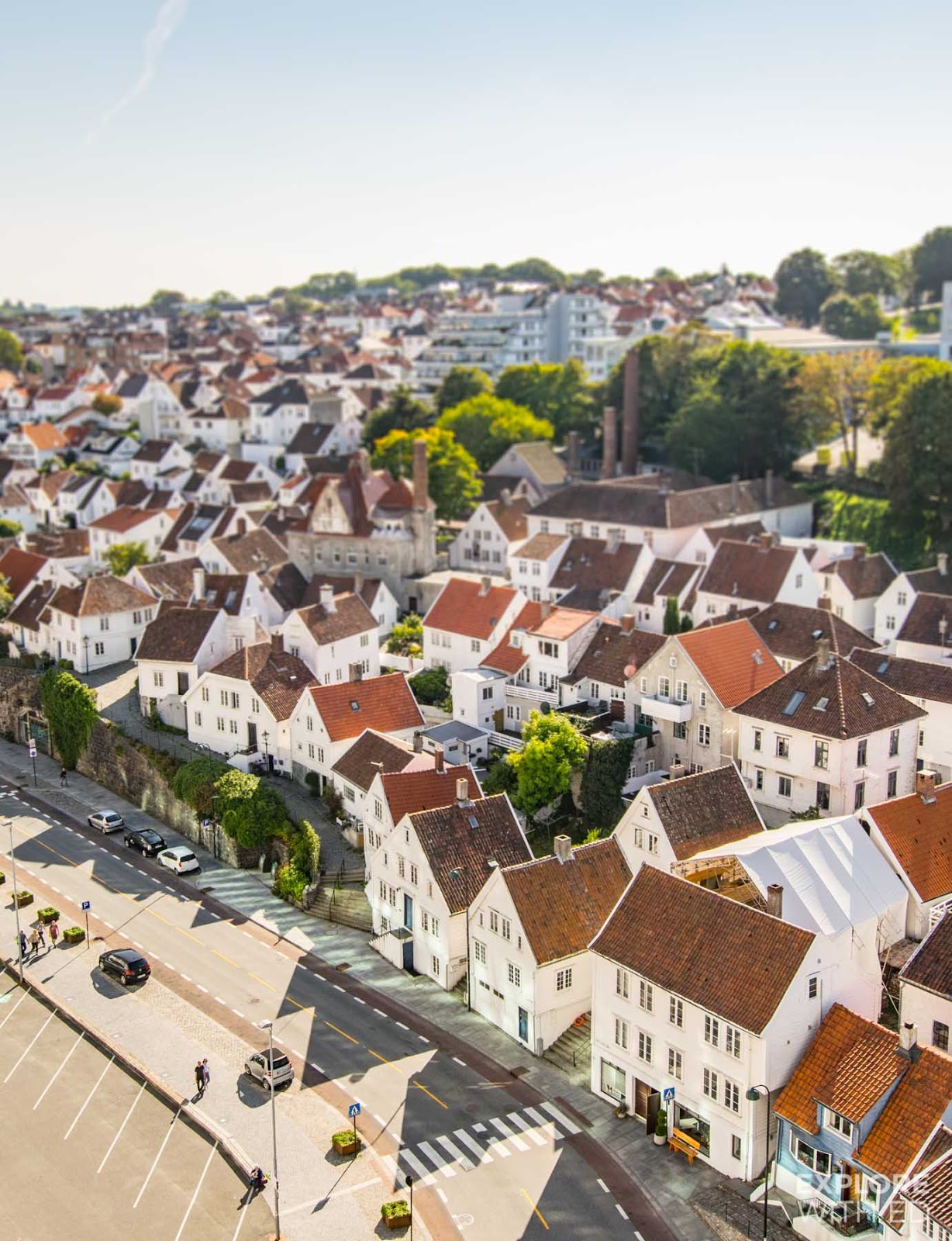 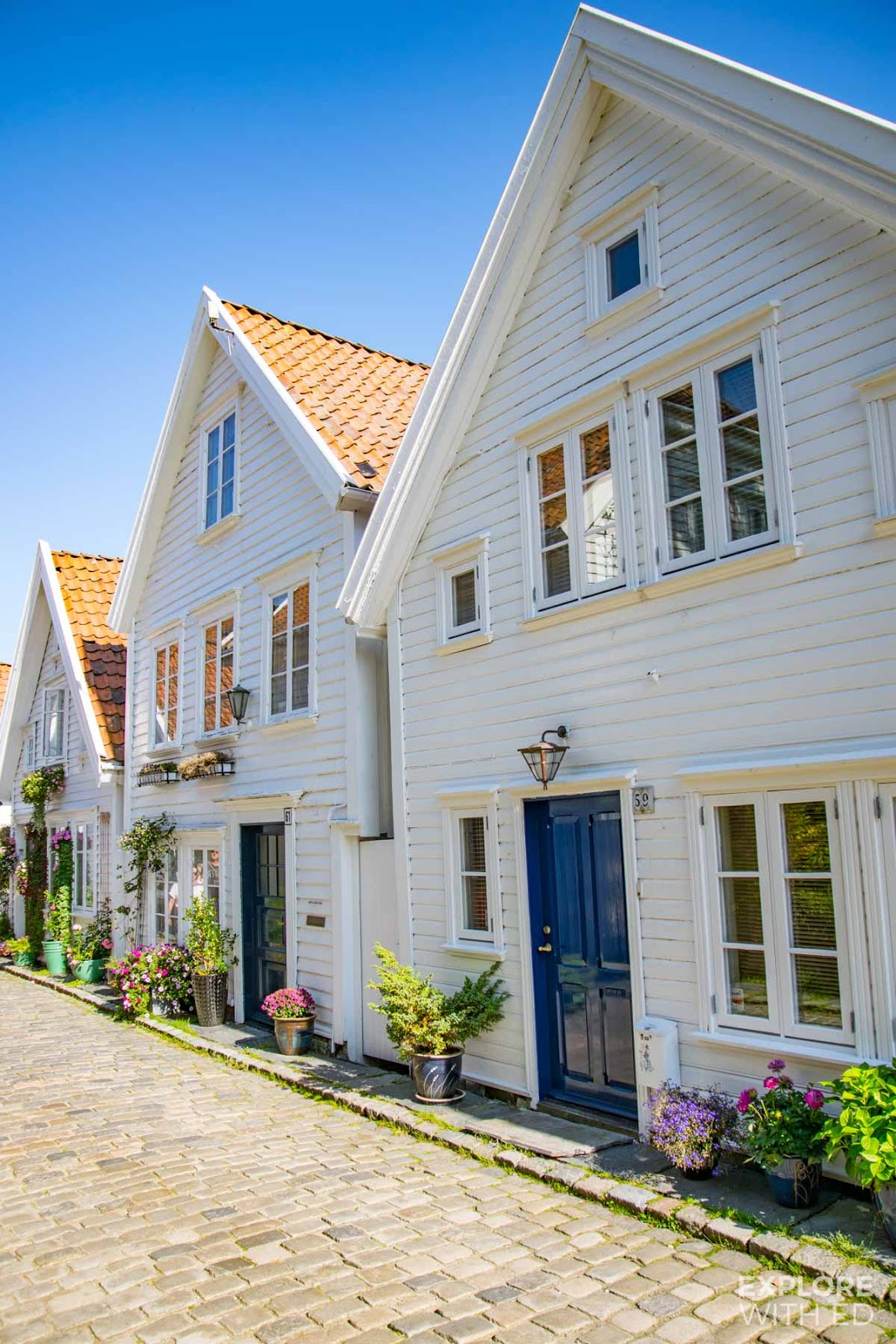 The old town of Stavanger is charming, filled with 173 white wooden cottages that are draped in foliage and pretty flowers. You can visit a museum and see first hand what life was like back in the late 18th century when most of these were built. Stavanger also has an open market, lake side park and plenty of retail shops in the centre. 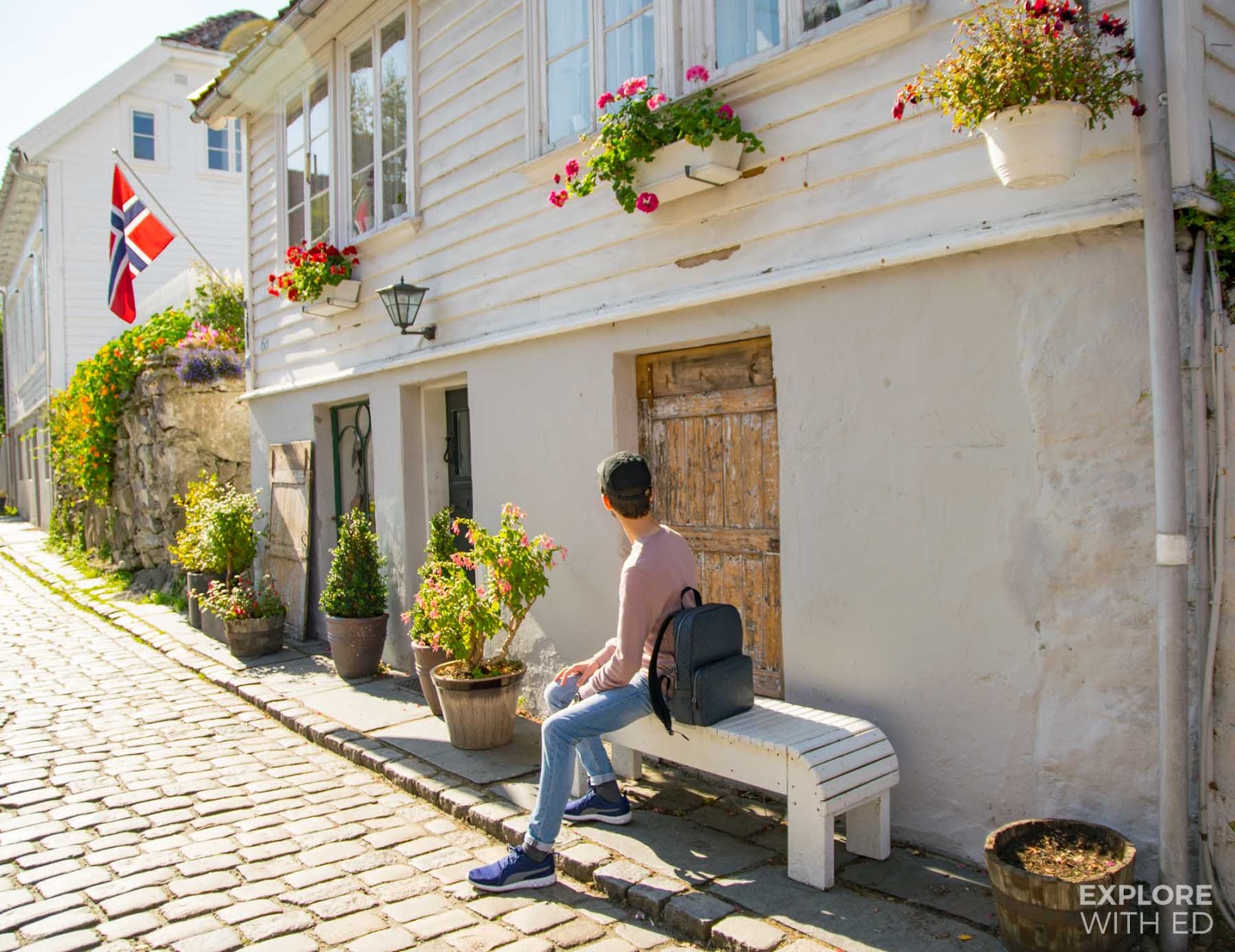 Stavanger is also the access point for The Pulpit Rock called Preikestolen, named by Lonely Planet as the best viewing platform in the world! 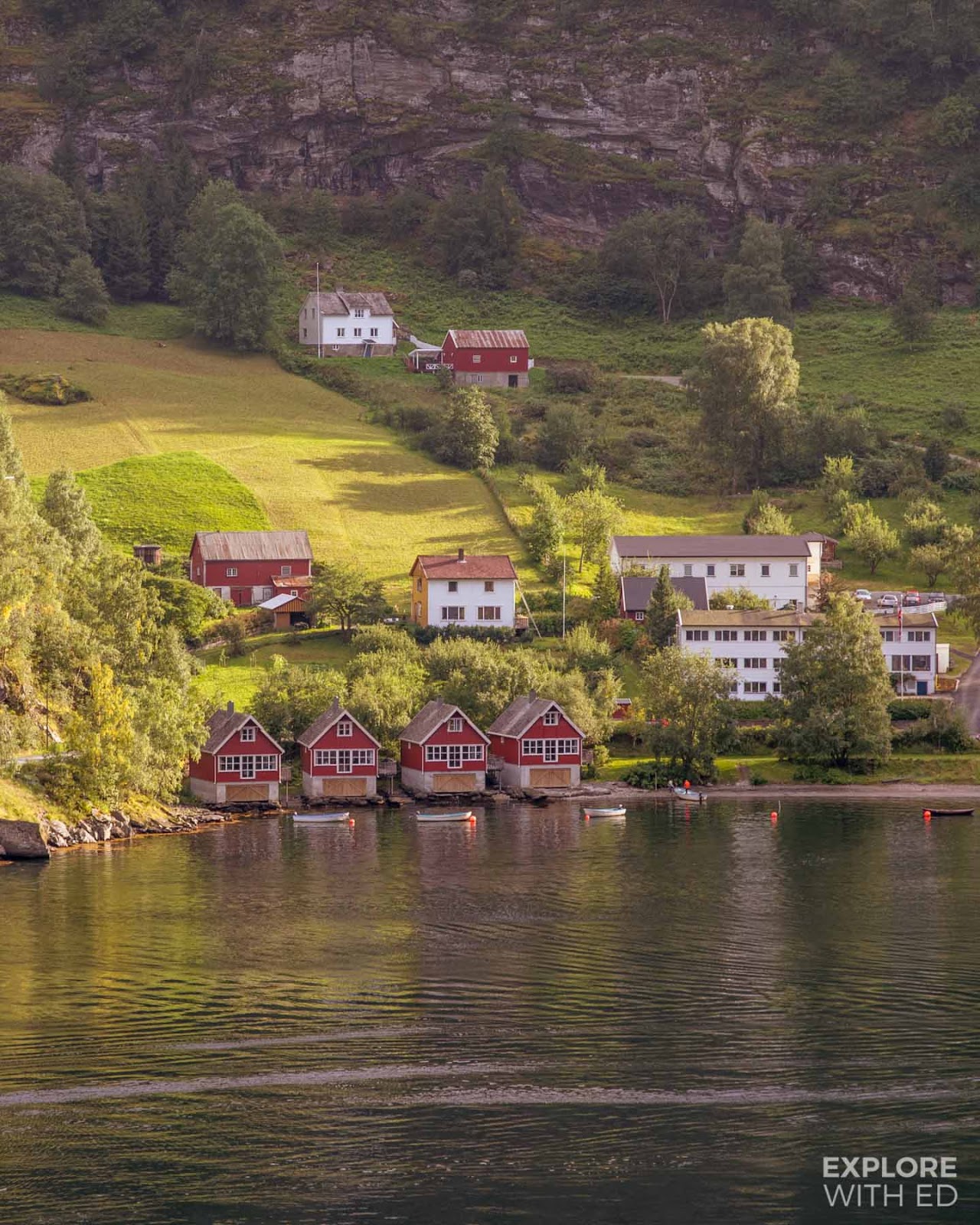 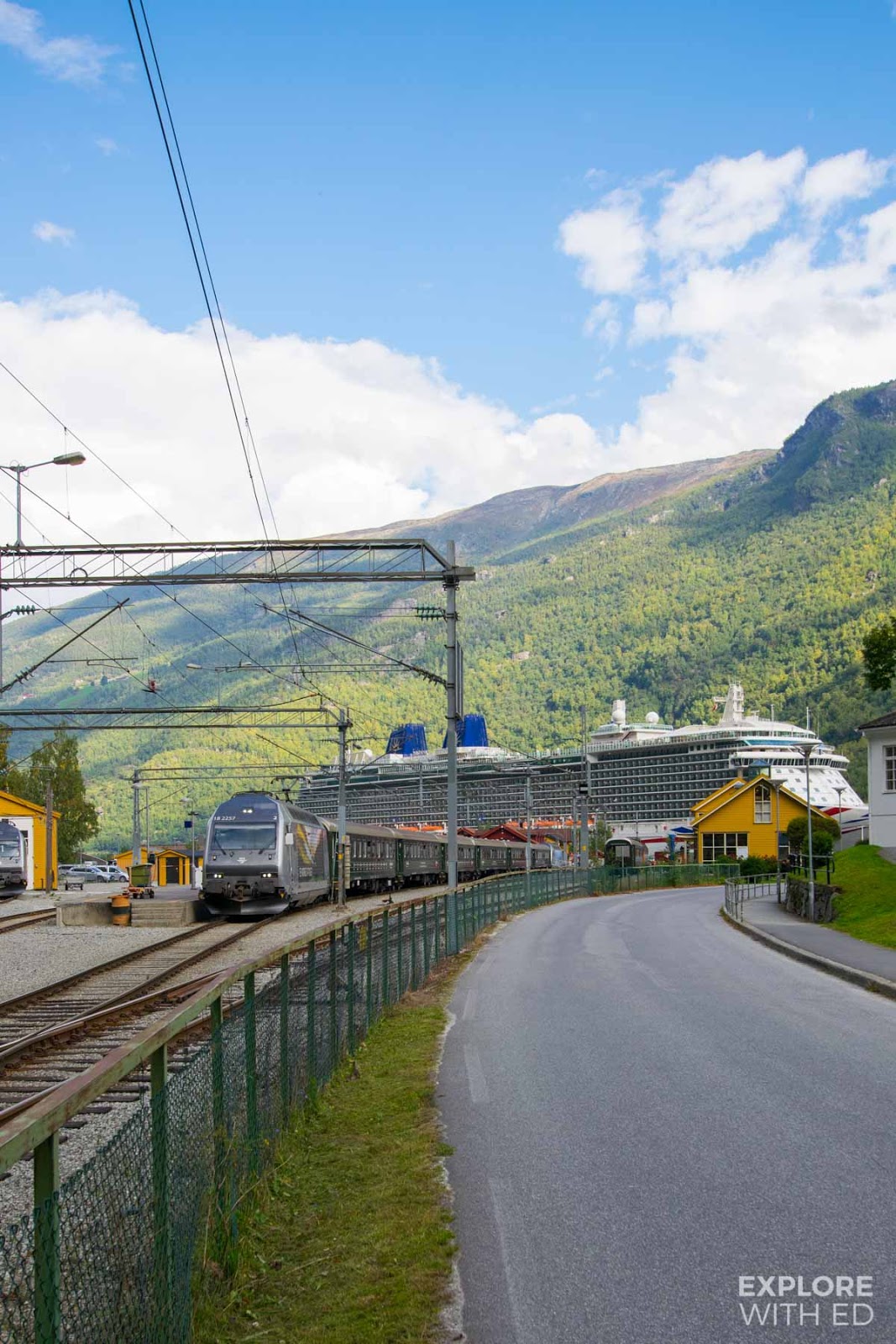 The scenery as the ship makes its way to and from the small village of Flåm is breathtaking. One of the most popular excursions is the Flåm railway to Myrdal, a 20km scenic journey through the river valley where you ascend over 800m and pass the incredible Rjoandefossen waterfall. 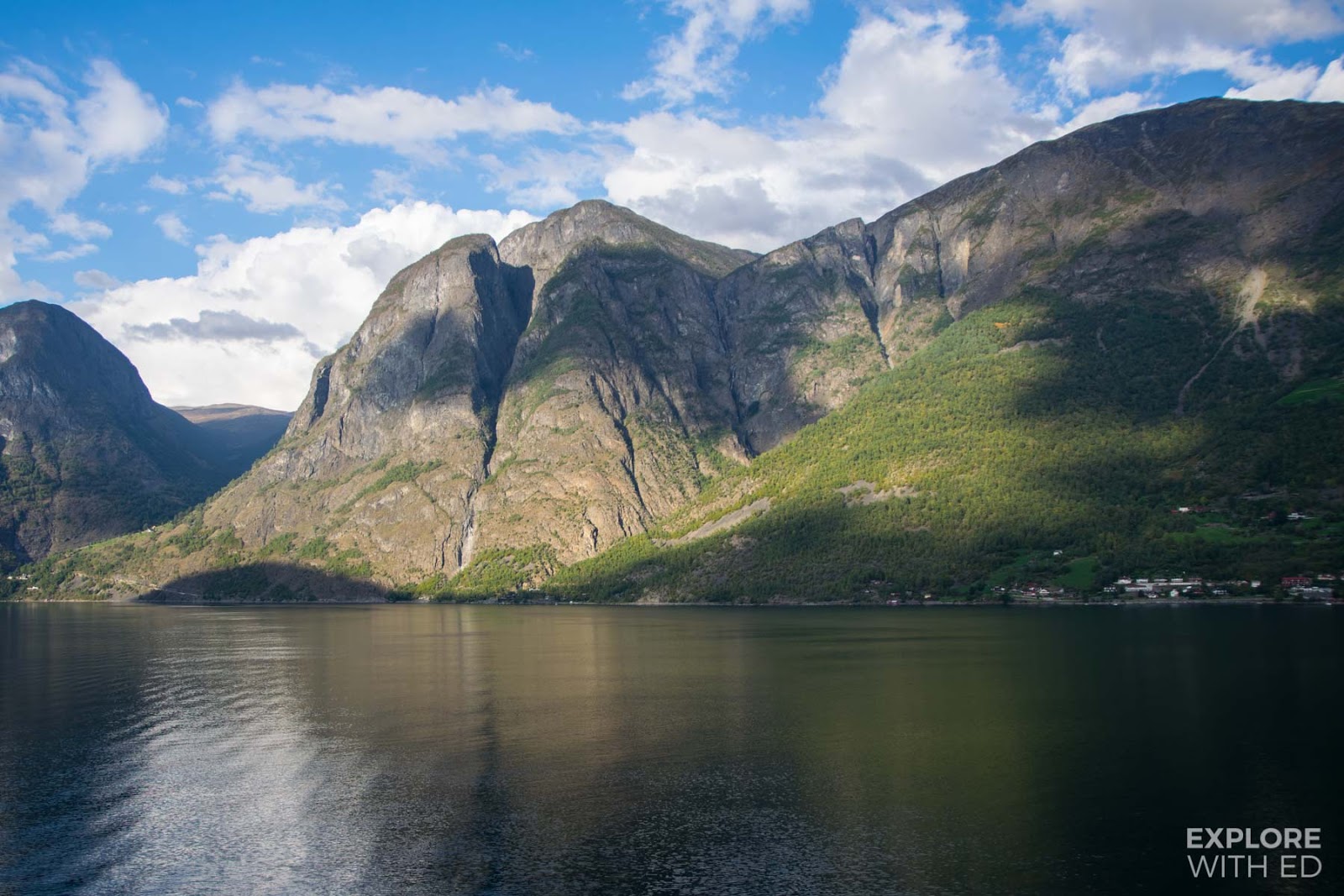 I decided to take a shore excursion that visited Tvindefossen Waterfall and Njardarheimr Viking Village in Gudvangen. It was a memorable afternoon that included a scenic drive down one of the steepest roads in Northern Europe! 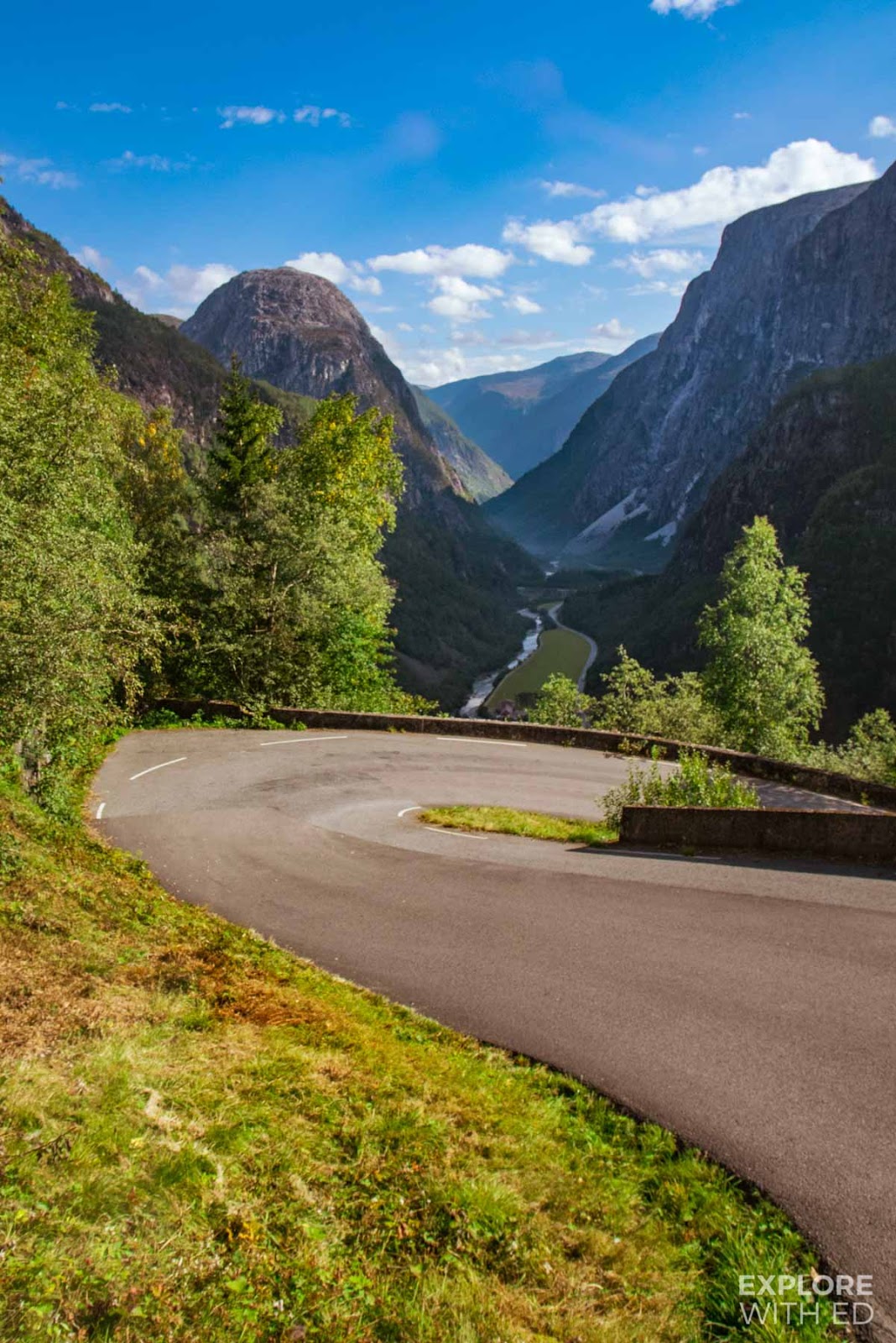 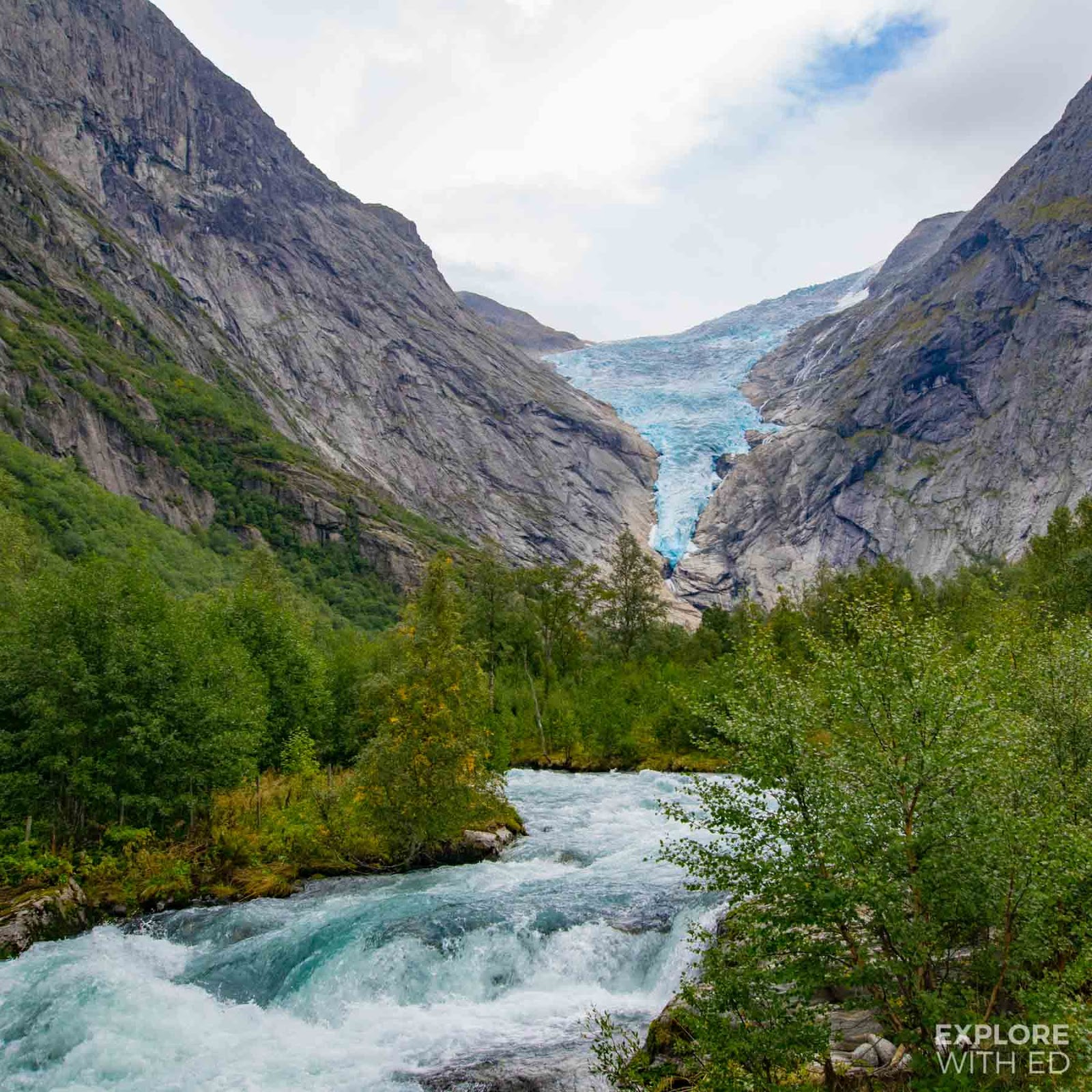 Sitting at the end of the Nordfjord, Olden is another destination that’ll have you in awe of the steep mountains that tower over the ship. Olden is the gateway to Briksdal Glacier, part of the larger Jostedalsbreen glacier. I posted separately about my excursion here as it was one of my favourite places to visit to date on a cruise.

Further reading: A trip to Briksdal Glacier from the port of Olden, Norway 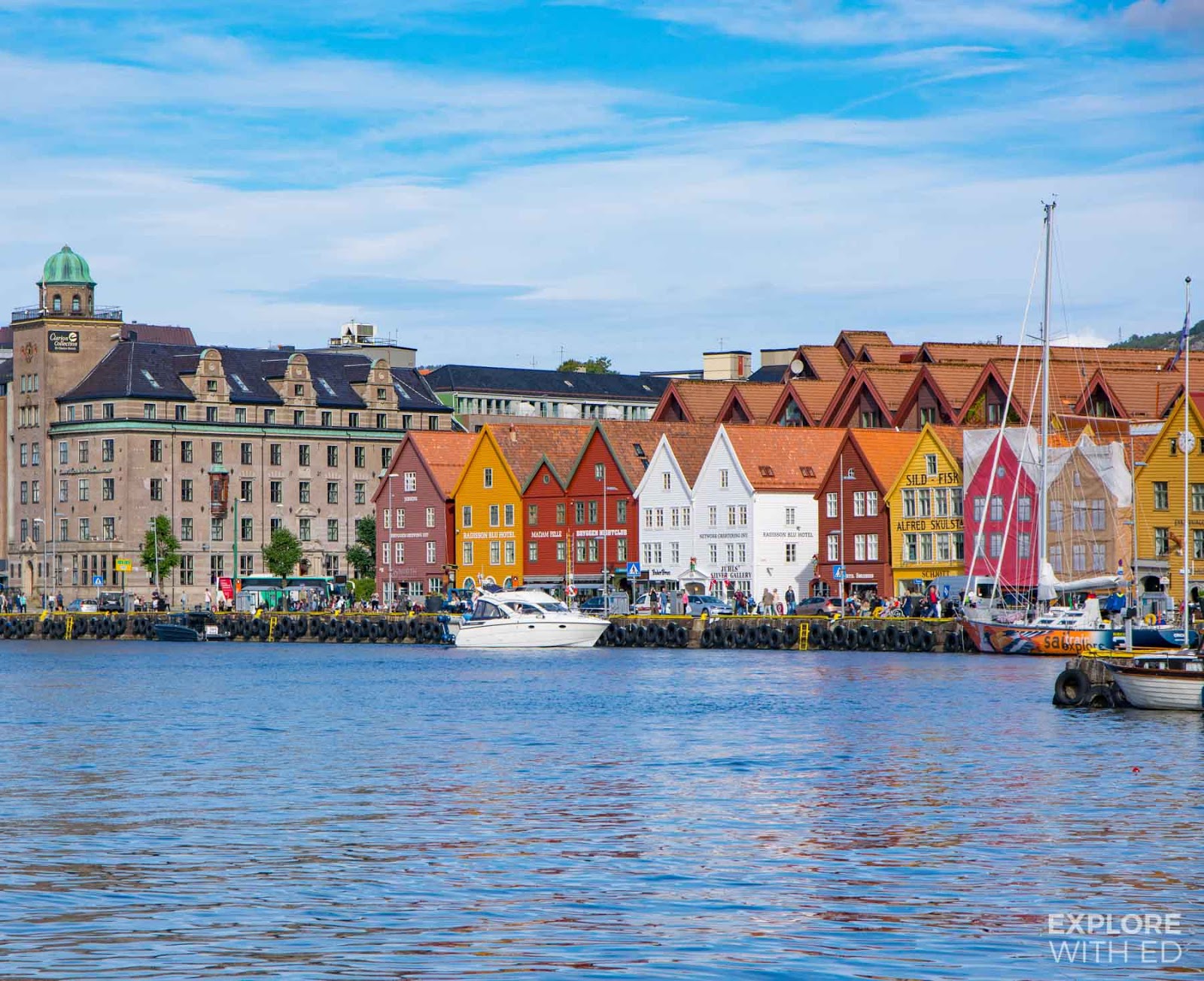 Like Stavanger, Bergen is a more populated area that has bags of character. On your way into the city you’ll pass the historic Bryggen, a collection of colourful wooden buildings along the harbour that are collectively a UNESCO World Heritage Site. The Funicular railway to Mount Fløyen is a popular excursion in this port, as is the Ulriken Cable car. 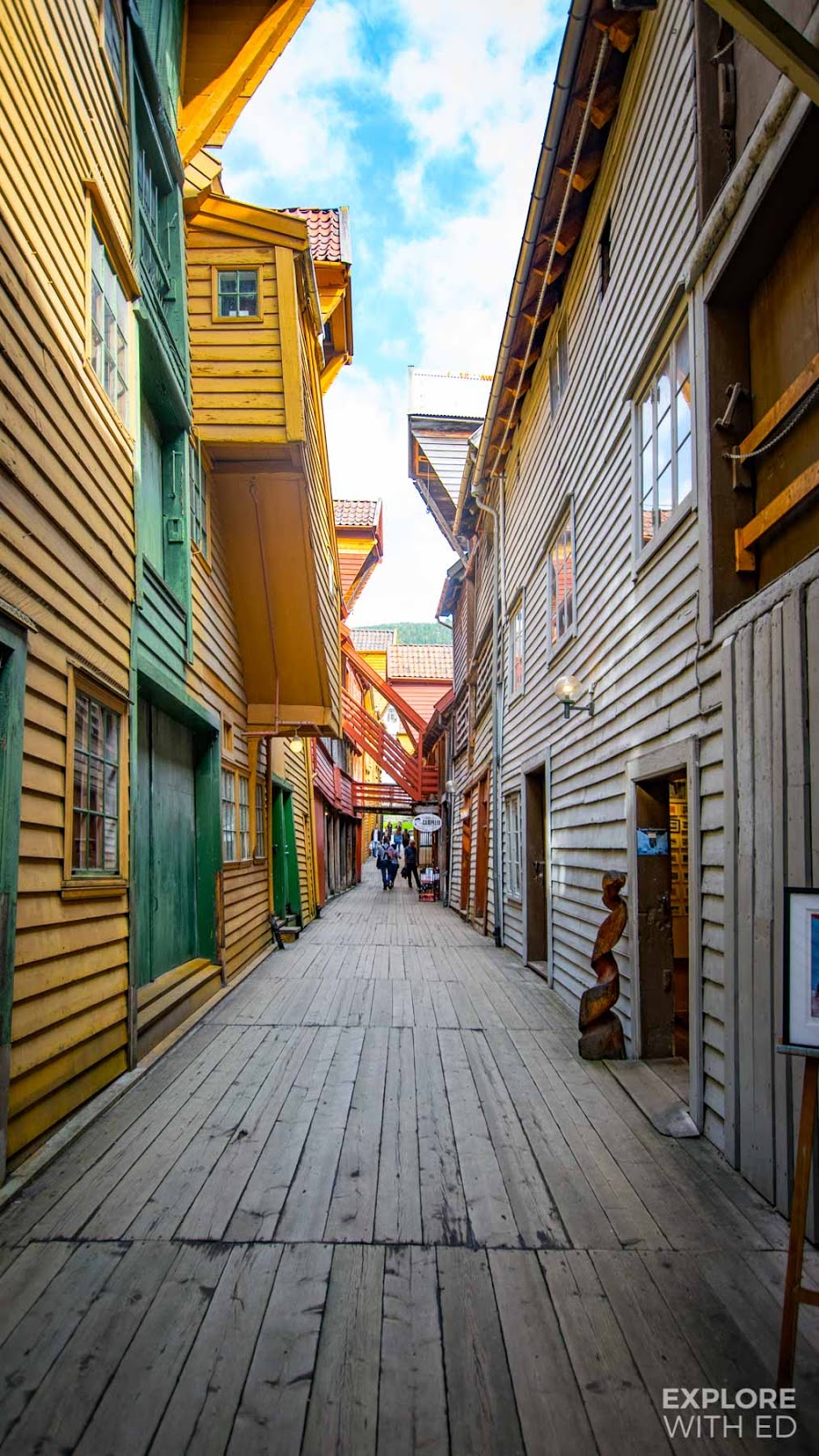 I explored Bergen on foot, enjoying a hillside walk through the old townhouses before wandering through the local fish market (your go-to spot to try local delicacies like king crab) and gift shops. 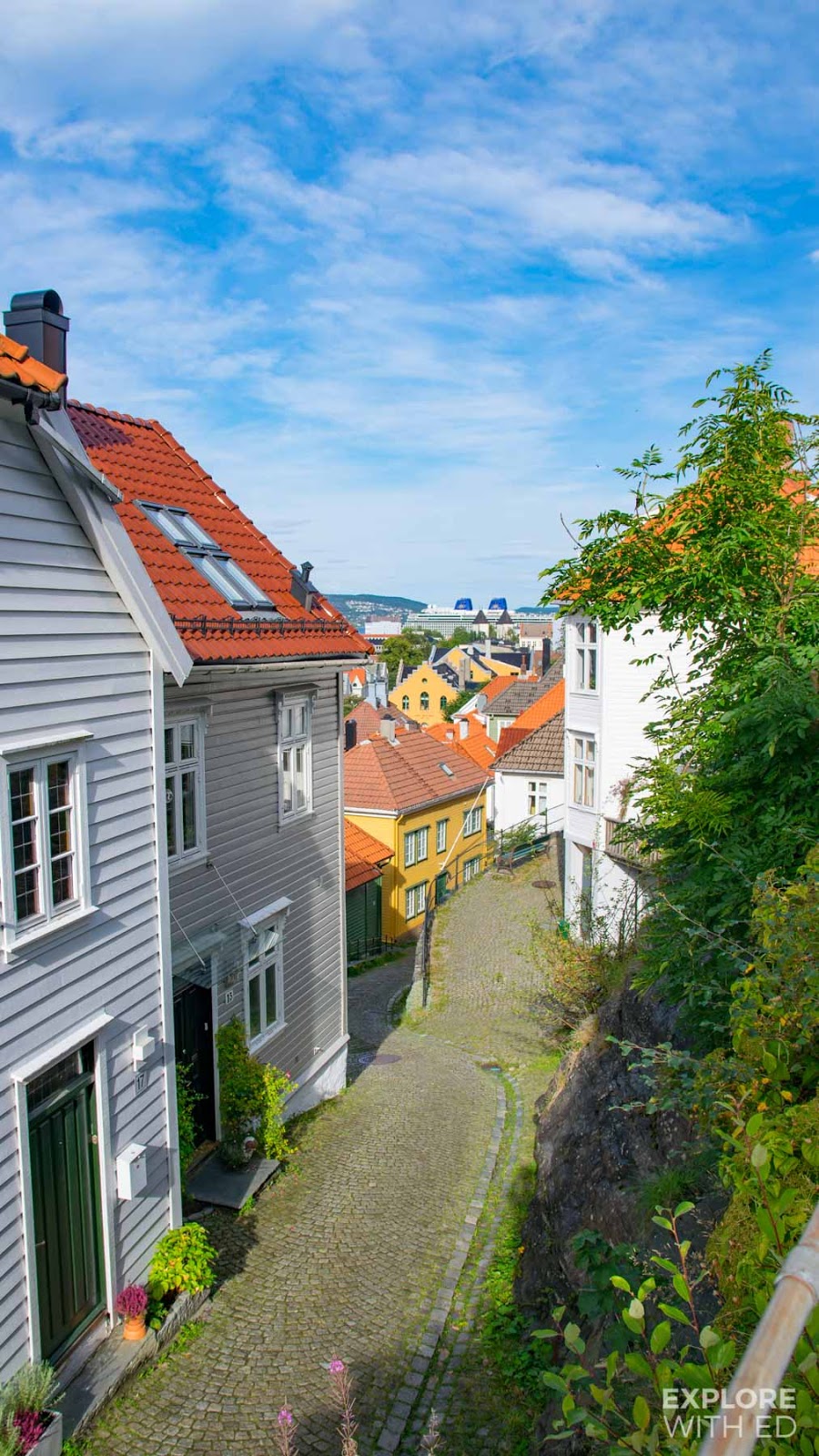 Other ports of call you may typically find on a Norwegian Fjords cruise include; Ålesund, Geiranger and Tromsø for the Northern Lights.

When is the best time of year to cruise to the Norwegian Fjords?

Your experience cruising to the Norwegian Fjords can vary depending on the time of year you go. Britannia was large enough to handle moderate conditions in the North Sea without causing too much discomfort for the majority of passengers on our return to Southampton. 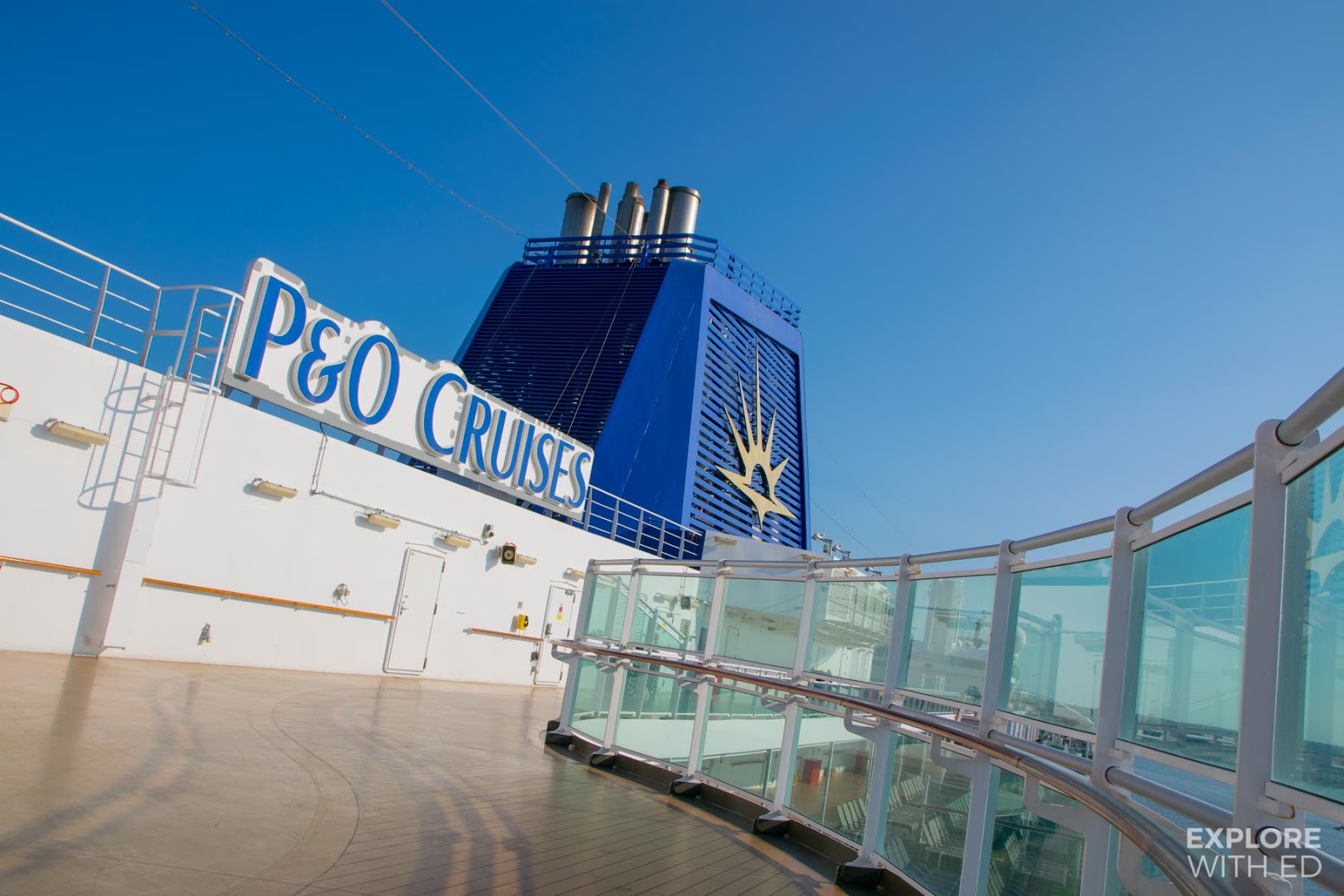 For those concerned about sea sickness, your best chance of settled weather will be in the summer which is also when the daylight hours will be the longest and you may experience the midnight sun if you cruise north enough. 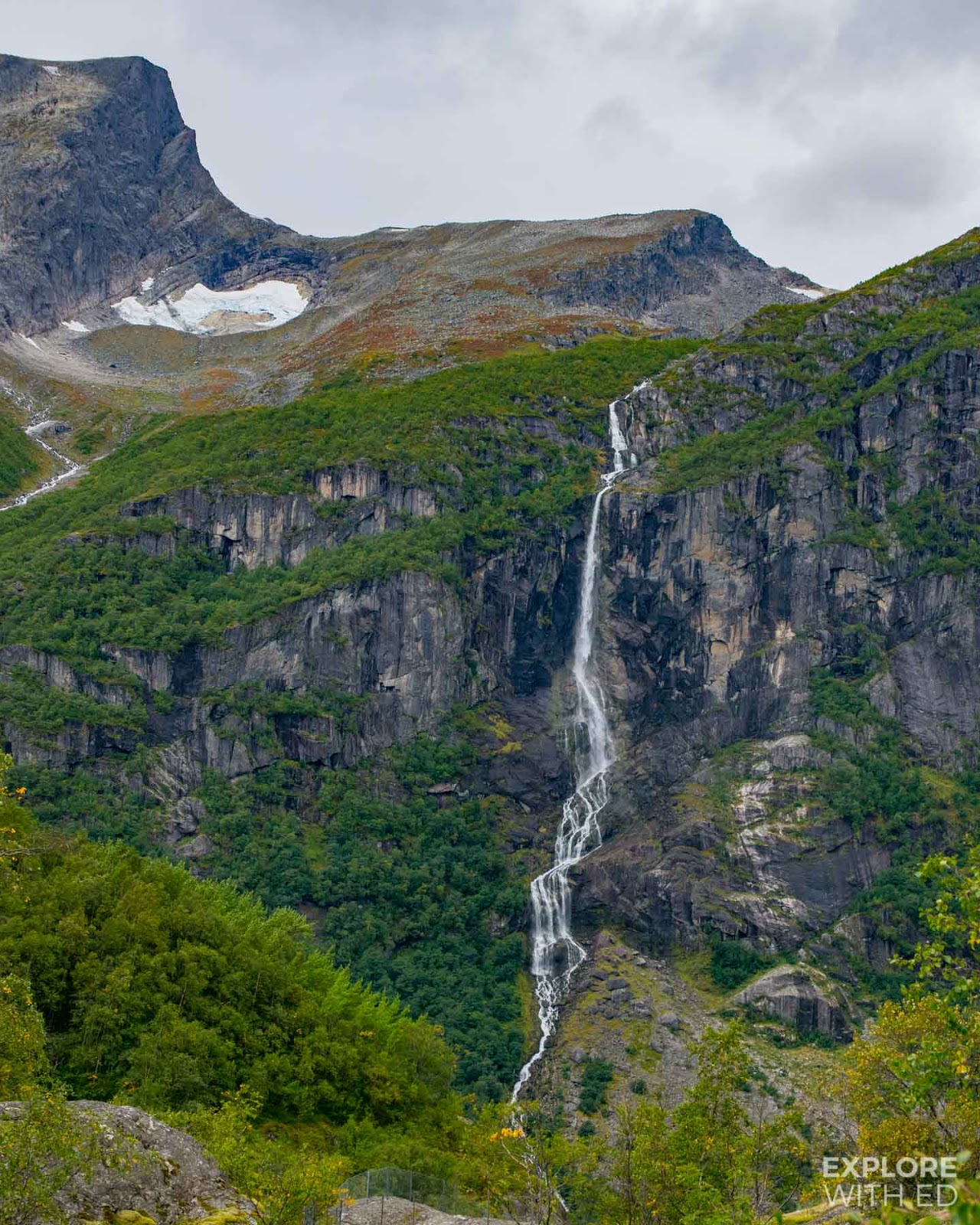 However, if you’re interested in seeing the Norwegian Fjords at their most spectacular then take a chance on cruising in the spring (around May) when the snow capped mountains begin to thaw and the waterfalls are at their peak. As such, this is one of the most popular times of year to visit so the demand on local excursions will be very high – plan ahead. 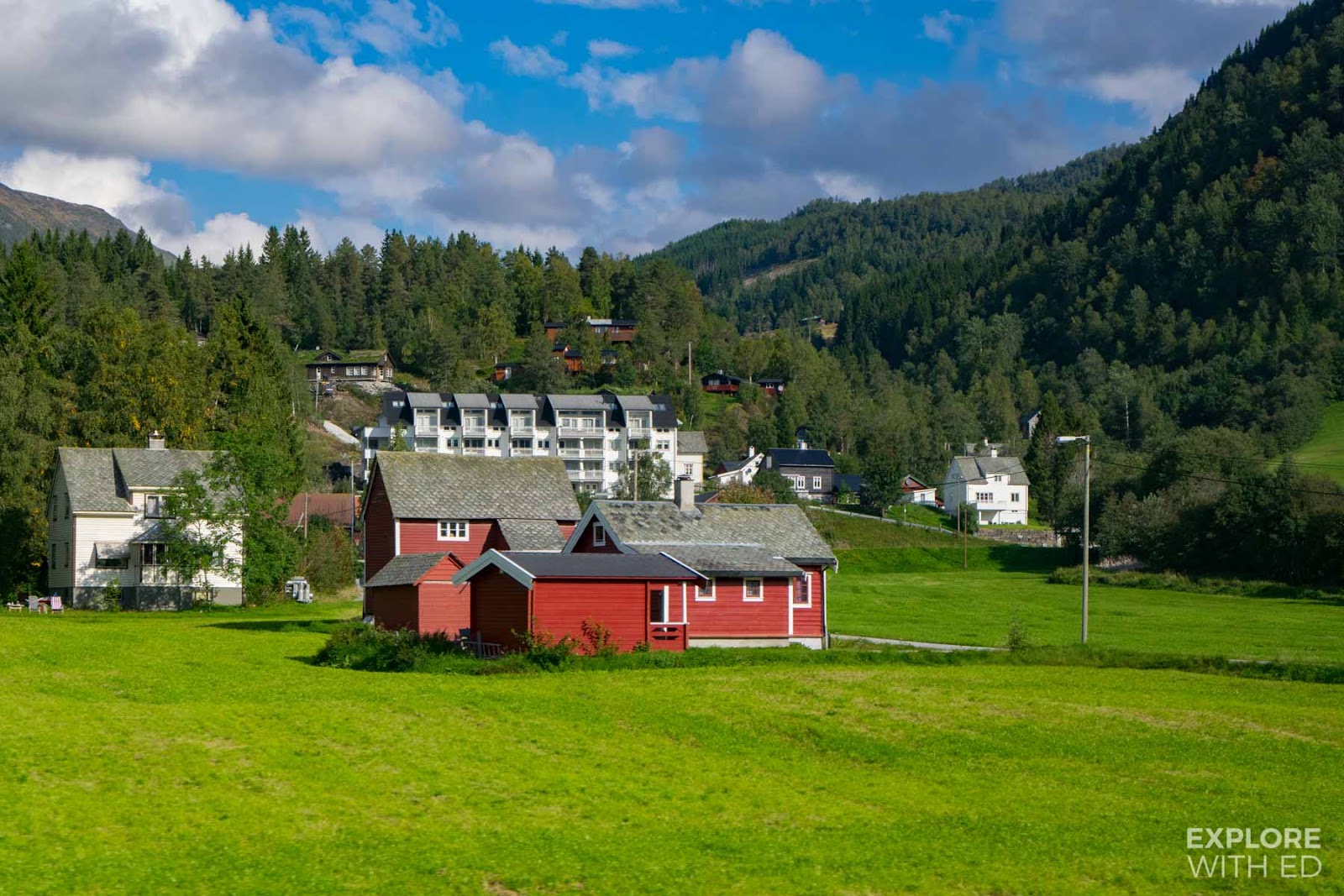 Winter cruises are becoming very desirable to see the Northern Lights, but keep in mind stormy weather is possible and temperatures in the Arctic Circle are usually at or below freezing in places like Tromsø. Having said that, The Norwegian Fjords are usually milder than inland locations thanks to warmer air off the gulf stream. 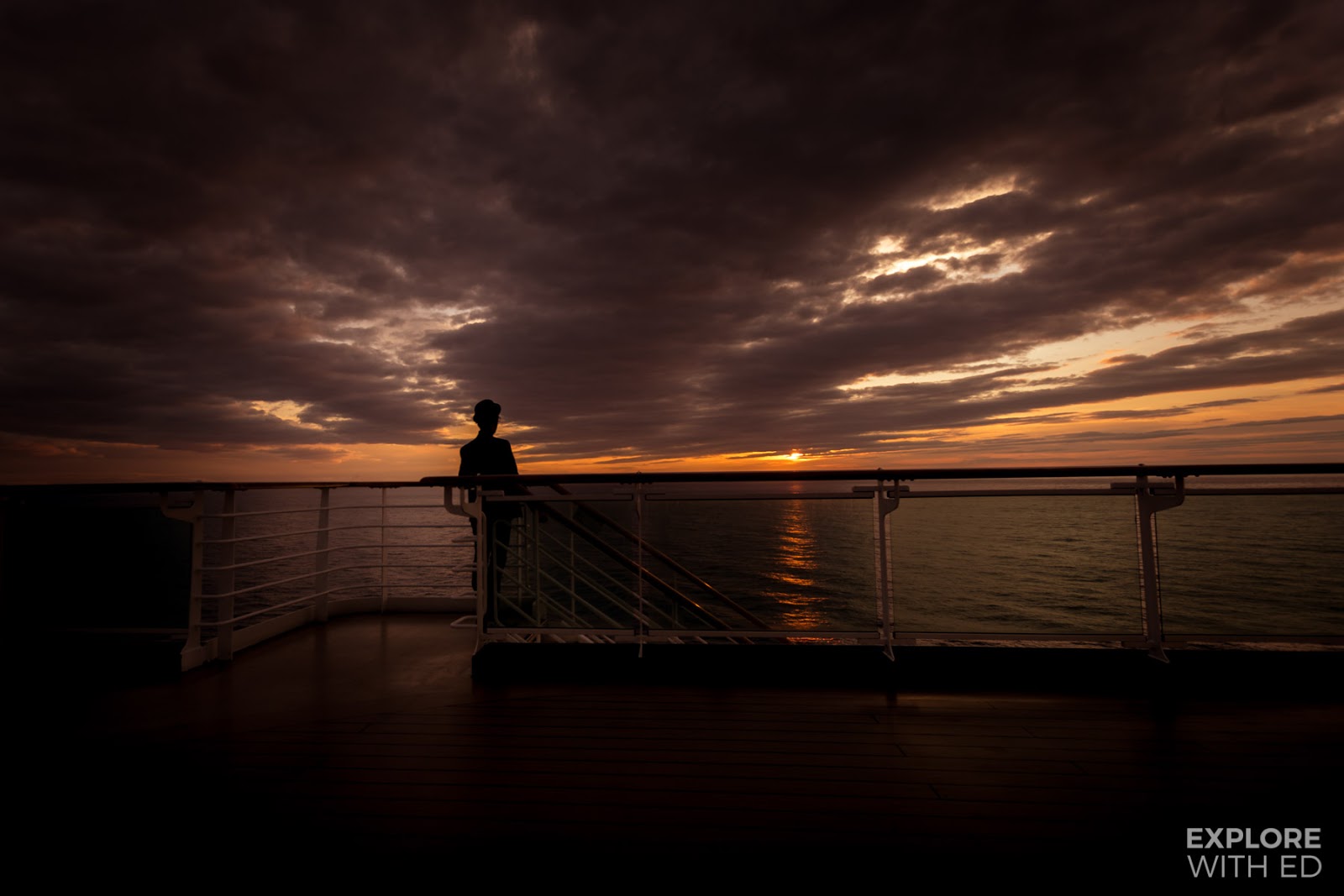 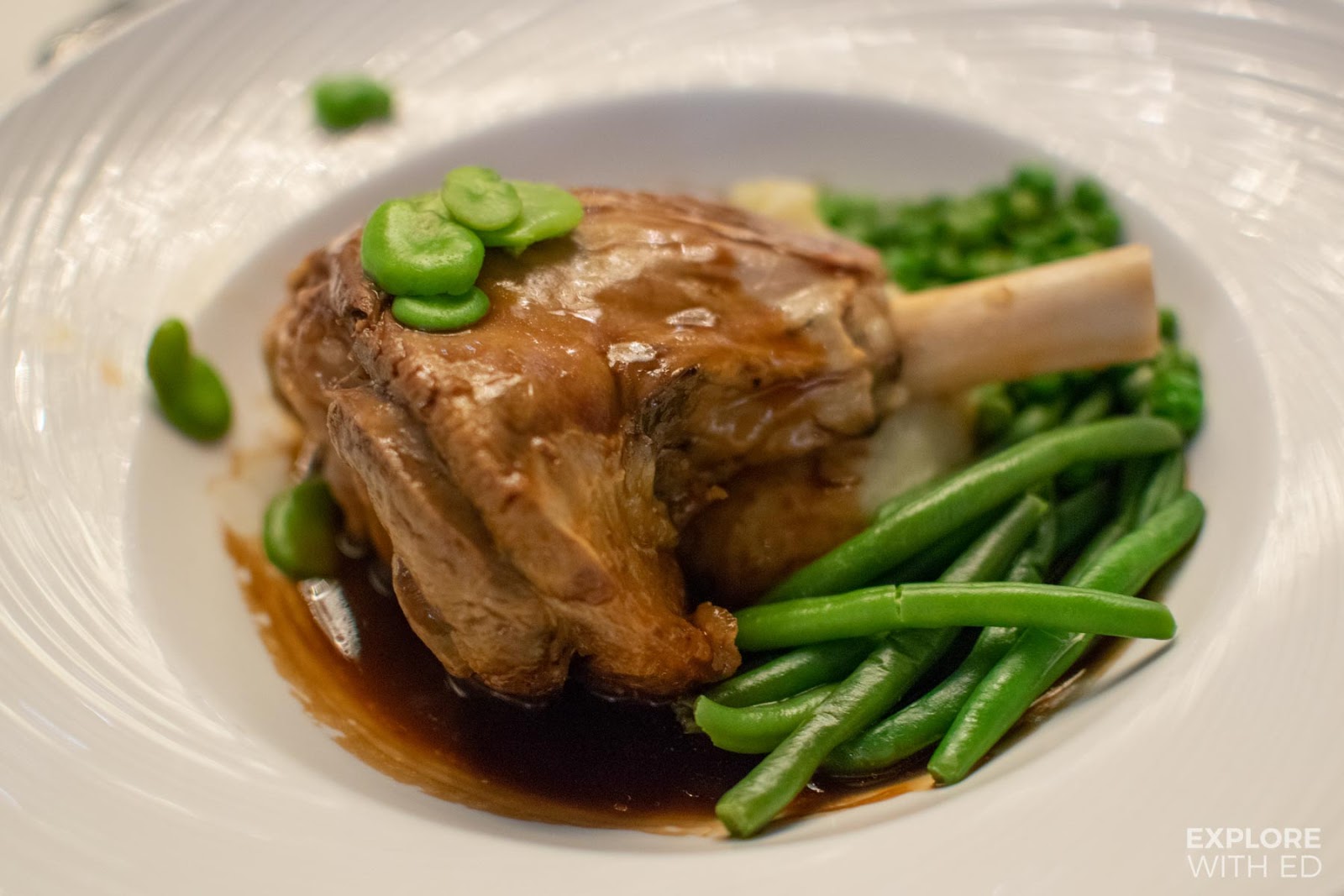 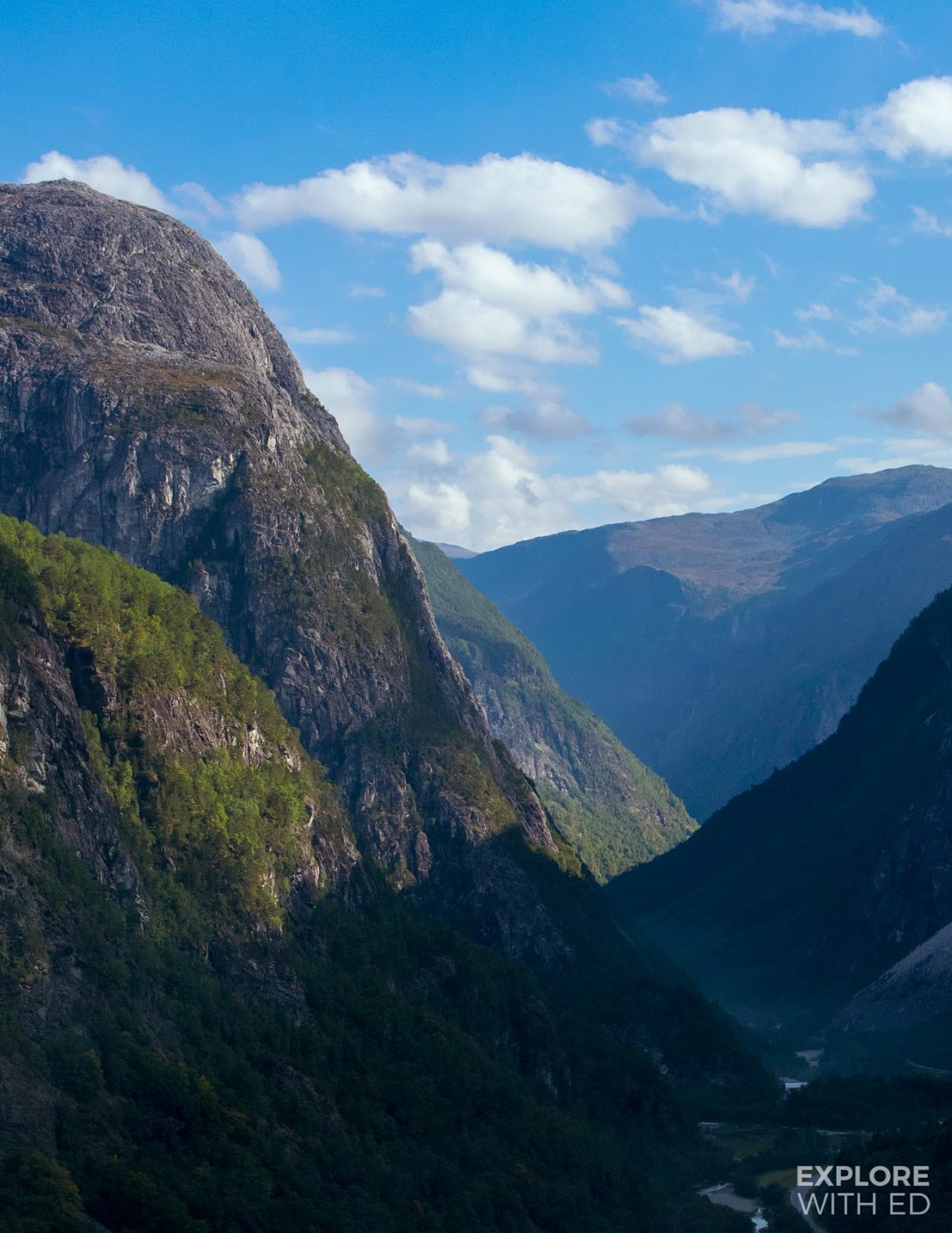 Is a Norwegian Fjords cruise family-friendly?

I think this would depend on the ship and when you go, the summer holidays on a P&O or Royal Caribbean cruise ship would have a lot more children onboard that they could interact with. For some of the ports they may prefer to stay onboard with their new friends in the kids clubs, but I think destinations like Olden may prove enjoyable with a ride on the troll cars to Briksdal glacier.

Is the Norwegian Fjords a good cruise for first-timers?

A Norwegian Fjords cruise is such a relaxing experience, I really relished sitting back and watching the landscape evolve as the ship squeezed through these tight passages into the open sea.
Even if you or your family are not typically cruisers, the Norwegian Fjords should be your one exception, I don’t think there’s a finer way to experience these breathtaking scenes than by ship, they’ll be etched into my memory forever.

All opinions are my own.